Back in May, the upper Missouri river basin received a year’s worth of rain in just a few weeks.  That, coupled with more than 200% the normal snow melt run-off in that area caused near record reservoir levels in eastern Montana and the western Dakotas.  As a result, record releases began at Gavin’s Point dam on the Missouri river. Current releases are 160,000 cubic feet per second and are expected to continue through August.

We watch daily news reports about broken and over-topped river levies as the water makes its way down the Missouri, and the flooding is expected to occur all the way along the river to where it empties into the Mississippi at St. Louis. Over the 4th of July weekend, we went for a drive to see the floodwaters for ourselves.

At White Cloud, an old river town founded in 1857 on the northeast Kansas border, the water is lapping at the edge of town. 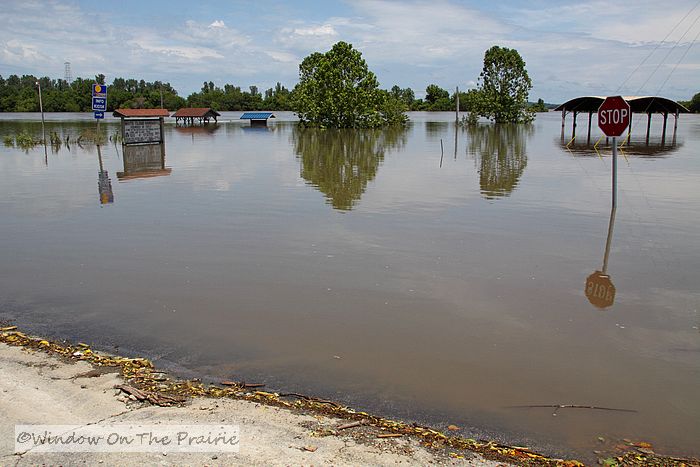 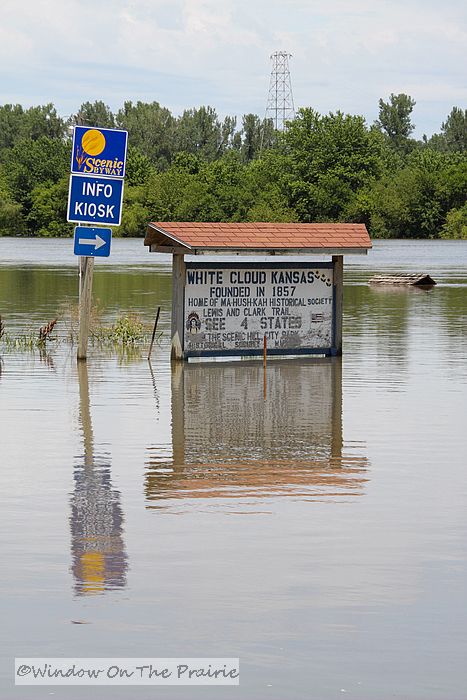 From an overlook in White Cloud, we can usually see miles of rich farmground. But no crops will grow here this year. 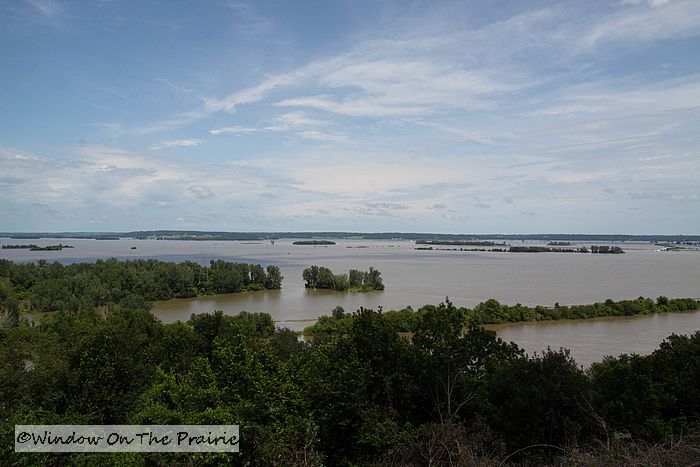 In the pic below you can see grain storage bins in the center of the photo. One of them is leaning. To the right of the bins, you can see a home. Hope they were able to get their possessions out before the water rose. 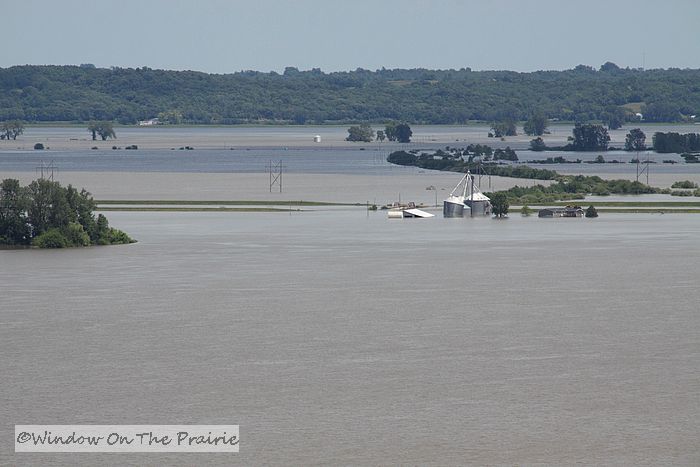 In the center of the pic below, you can see an irrigation rig used for watering crops. Don’t think it’s needed this year. 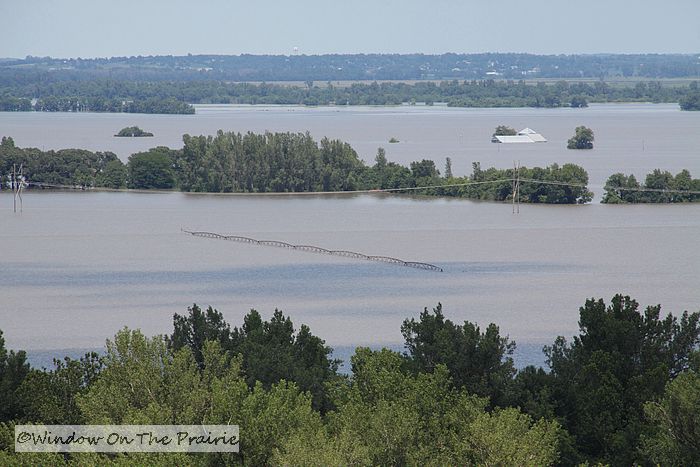 Below, you can see a home with farm buildings, all underwater. 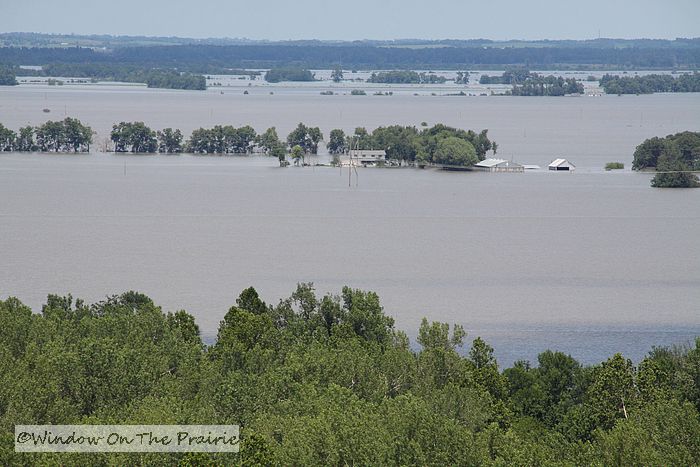 At Atchison, another river town about 50 miles north of Kansas City, the view is the same: thousands of acres underwater. 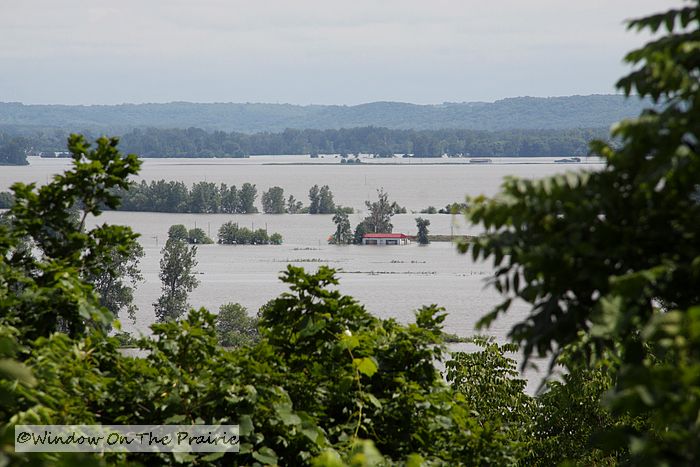 In the foreground below is the Missouri river, but in the distance you can see water has escaped and covered the fields. 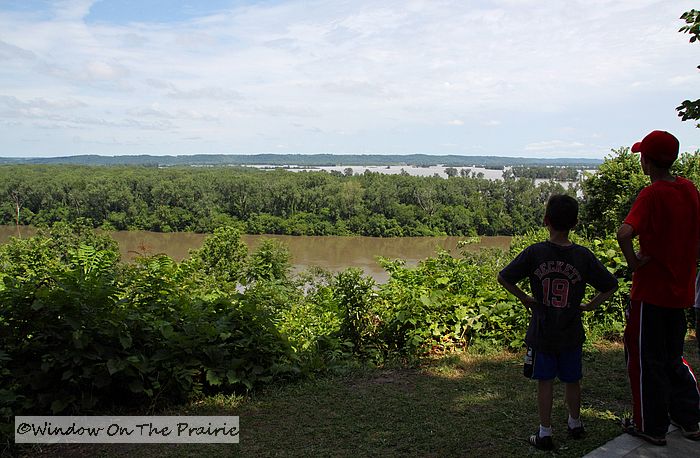 News reports say that the floodwaters won’t recede until at least August. The landowners won’t be growing any crops this year, or maybe even next year. Even after the water is gone, large deposits of sand will need to be removed, levies will need to be rebuilt, and large holes dug out by the water’s current will need to be filled.

Additionally, many homeowners along the river have been evacuating their homes in fear of more broken levies, and won’t be able to return until late summer when the danger is past.

So in the coming months, people will watch and wait, and hope for the best.