It’s still fall according to the calendar, but at Rocky Mountain National Park in Colorado, winter has set in. Harland and I paid a visit to my sister and her family over Thanksgiving last week in Colorado, and on Friday we went to the park. The roads are closed at the higher elevations, but there’s still plenty to see. There had been a snowstorm a couple days earlier, so everything had a fresh coat of white. 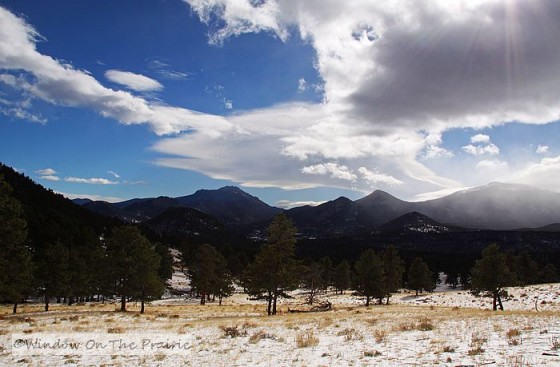 This park is one of those places where you can’t take a bad picture. 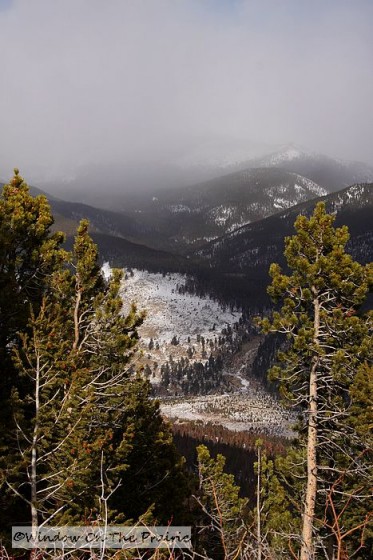 In 1915, the US Congress passed the bill which created the park. 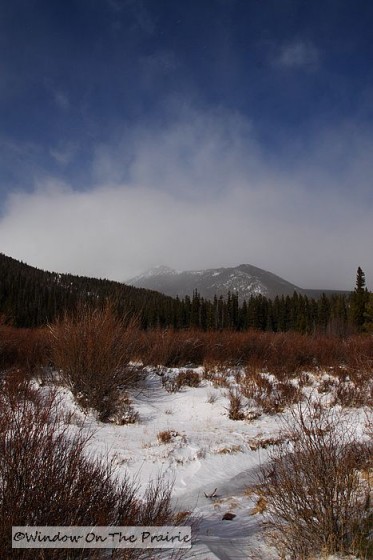 More land has been added to the park since then, and today it encompasses over 265,000 acres. 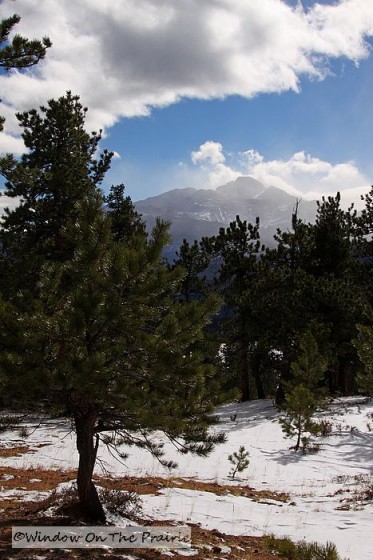 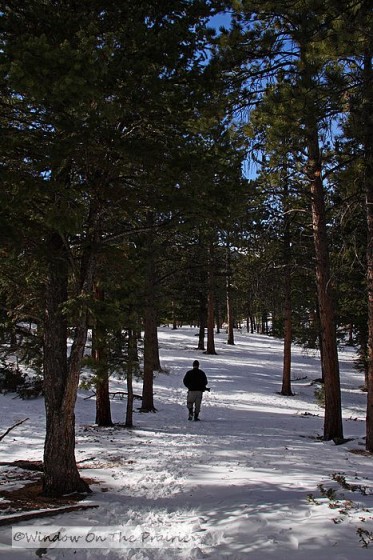 We drove through Beaver Meadow in the late afternoon as the sun was dipping behind the mountains. 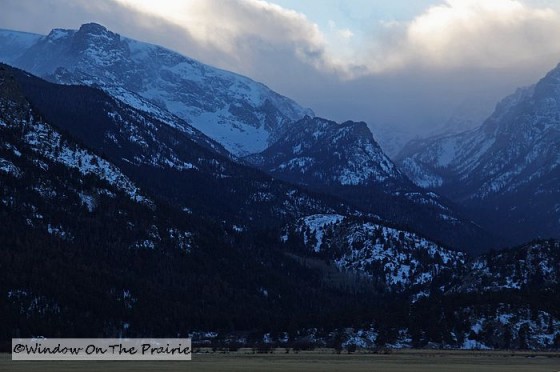 Then we headed to Bear Lake hoping for a good sunset. It was about 10 degrees and the wind was blowing off the lake about 200 miles per hour. Harland set up his camera on a tripod while I hand-held mine trying to hold it still as hypothermia set in. I had long johns on, but when I faced the wind my lips started to freeze solid, so I spent most of the time waiting for the sun to go down facing away from the wind only turning into the wind to take quick pics and then turning away again. We didn’t get the sunset we hoped for, but we got some nice pics anyway. 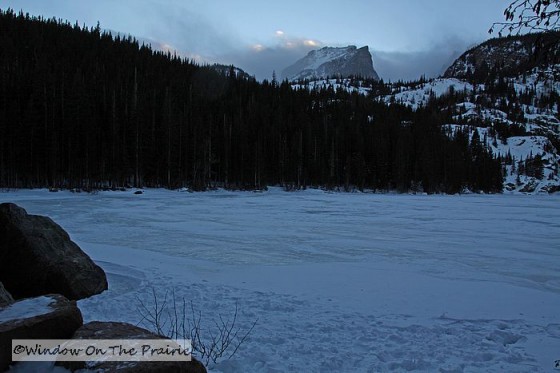 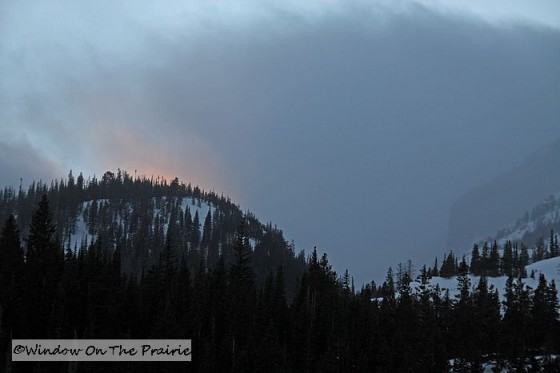 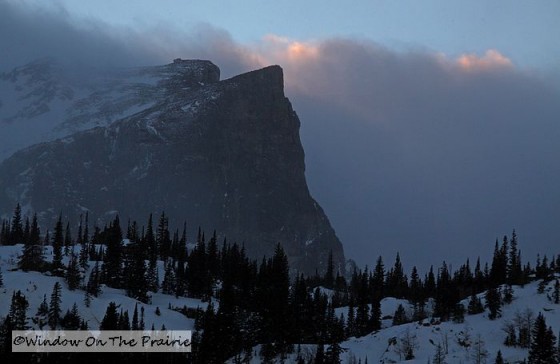 In the parking lot near the lake, I got one last pic of the sun as it briefly lit upon the top edge of the rock. 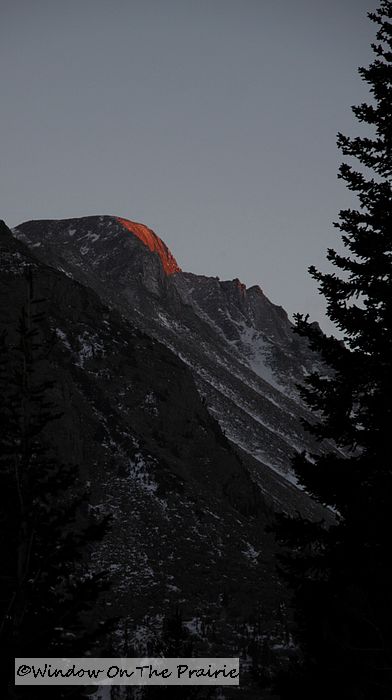 ——> UP NEXT TOMORROW:  The elk of Rocky Mountain National Park as they graze within a few feet of us. 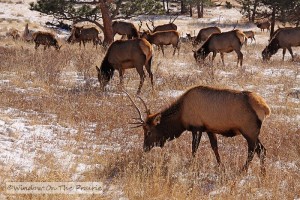 ——-> COMING UP THURSDAY:  Other wildlife of the park: coyotes, birds, and more. 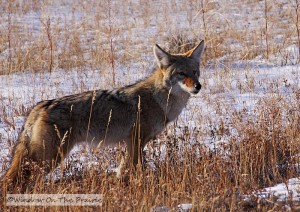