Harland and I traveled to Colorado to spend Thanksgiving with my sister and her family. We drove out last Wednesday, and by late afternoon we had reached the tiny town of Damar, Kansas where we stopped to take photos of the beautiful church there. 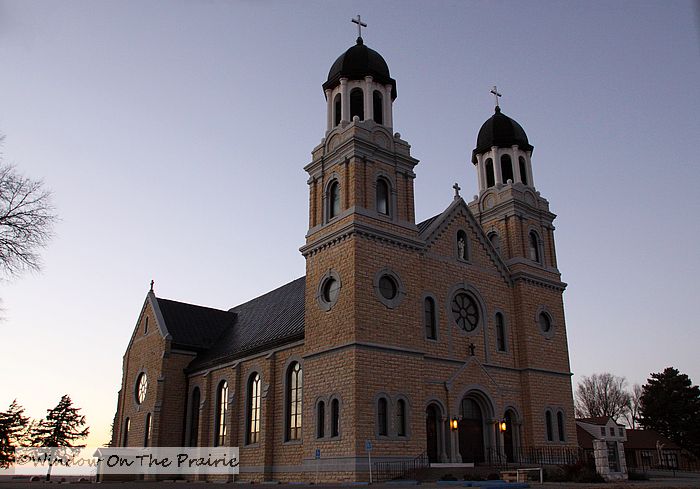 By the early 1880s in America, there was little land available for settlement. But in 1884, a Civil War veteran and French Canadian by the name of Francis St. Peter, was able to purchase 160 acres of land in Rooks county, Kansas under the Homestead Act for the lofty sum of $4.00.  Soon, other French Canadians followed St. Peter to form a settlement eventually given the name Damar. In 1912, work was started on a new church to replace the outgrown wooden church, and by the following year, the twin bell towers were completed. 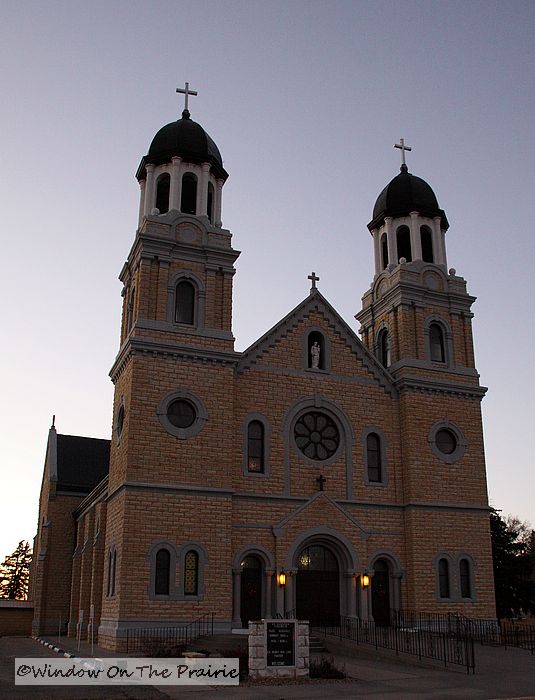 Twenty train carloads of locally quarried limestone were used for the outside walls, and 130 cords of native rock were used for the inside walls. With the parishioners donating most of the labor, the main structure was finally finished, and in 1917 the first Mass was celebrated in the church. Due to hard times, the church was not fully completed until many years later.The pews and heating system were installed in 1929. The interior decorating and stained glass were added between 1944 and 1952. 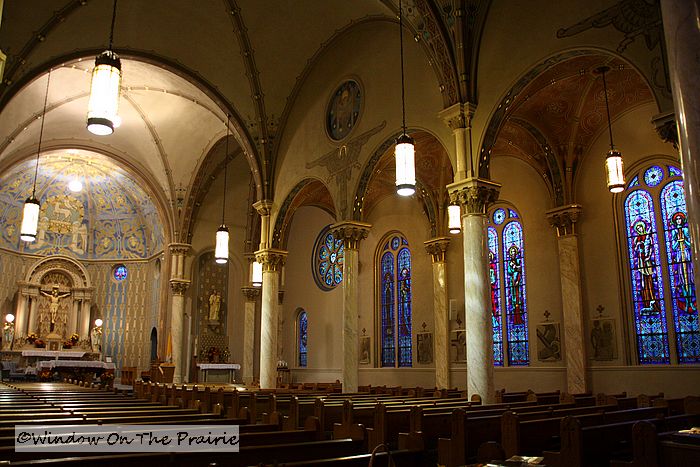 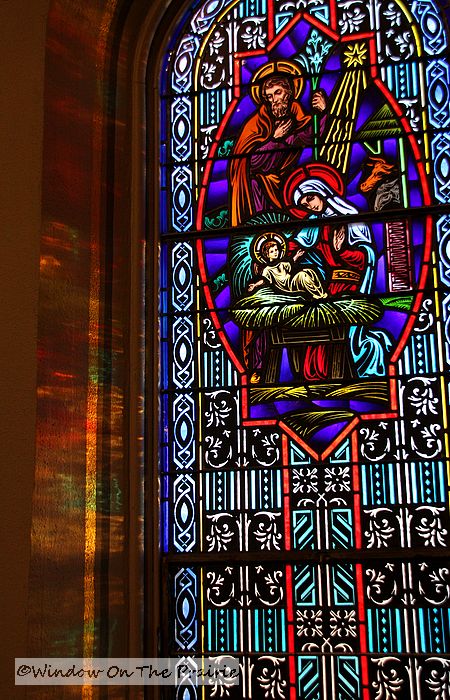 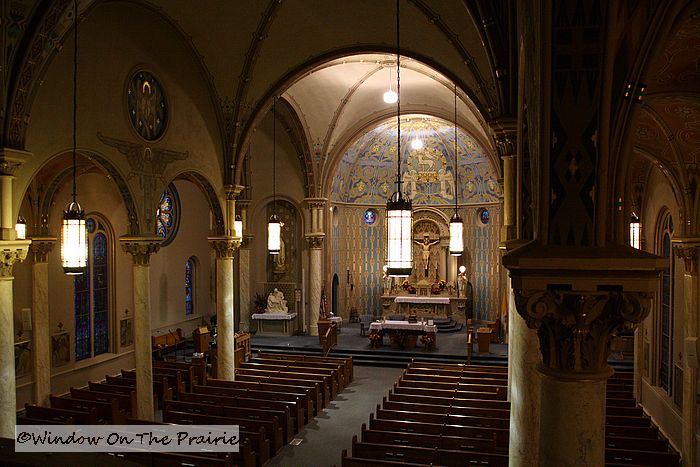 The most beautiful feature in my opinion is the hand-painted stenciling on the walls and ceiling. 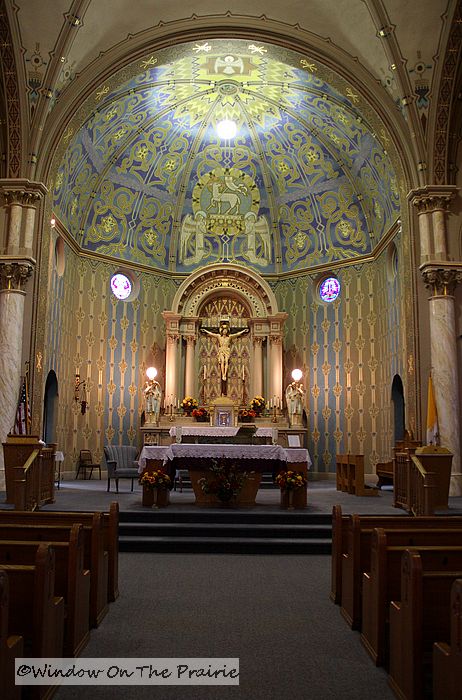 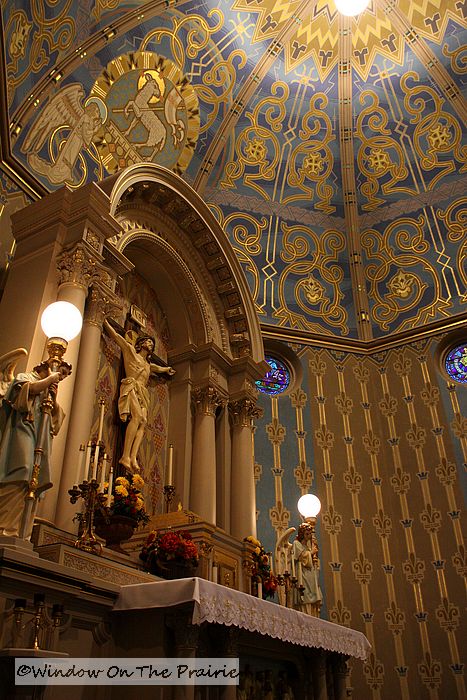 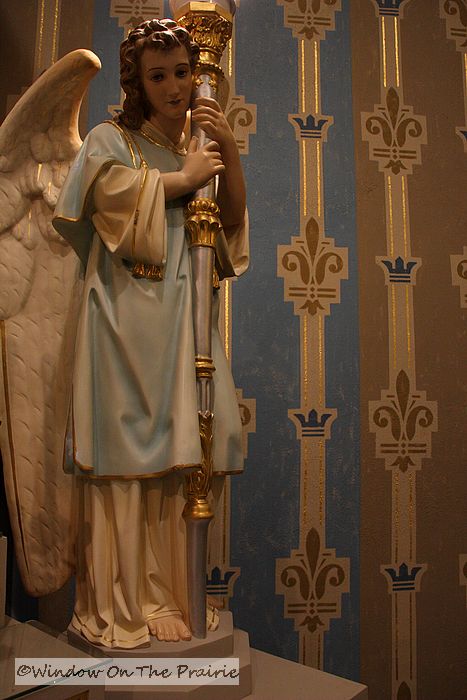 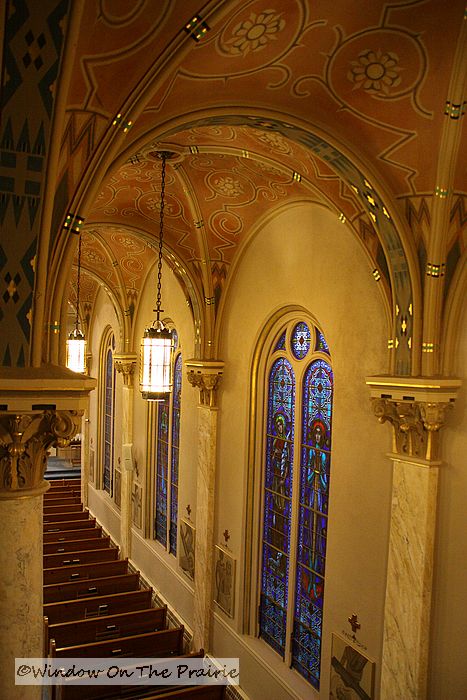 Towering columns throughout the church appear to be made of marble, but in fact are solid concrete with a decorative finish that resembles marble. 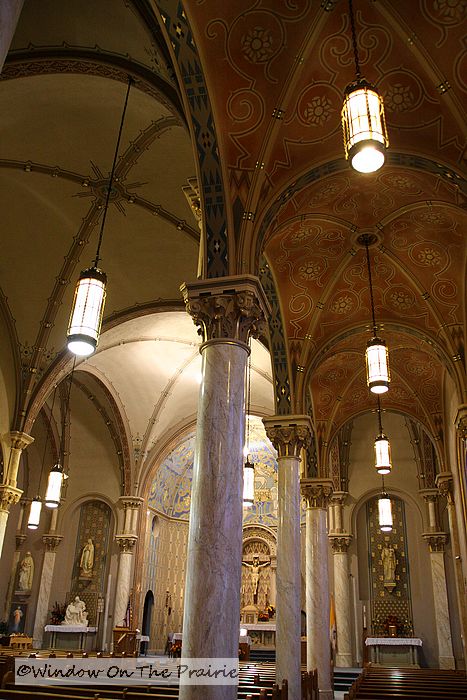 In 2005, the church was placed the National Register of Historic Places.

Harland and I stayed until early evening, and then got back on the road to Colorado. We arrived late that evening, but our visit to the lovely church out on the plains was worth the detour.

——-> UP NEXT: Rocky Mountain National Park under a blanket of snow – the mountains and their wildlife- from herds of elk to coyotes on the hunt. 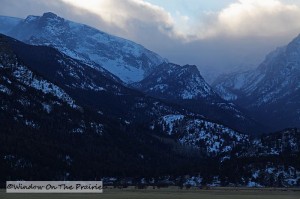