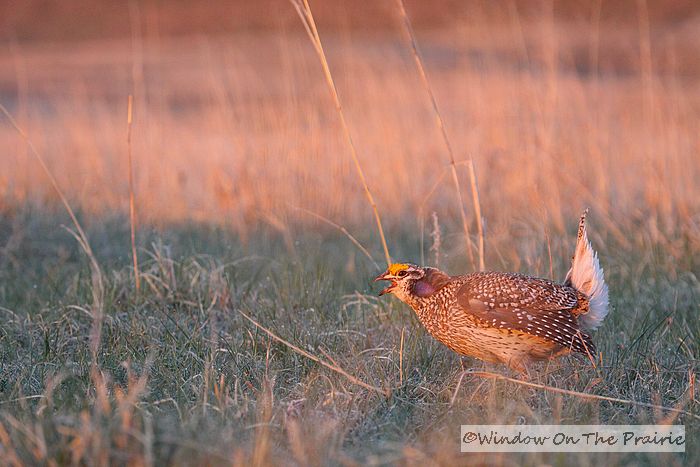 As promised, here are the pics I wanted to share with you of the sharptail grouse we saw on our trip to the Nebraska Sandhills last weekend. The sharptails are a member of the grouse family and a relative of the prairie chicken. Like all members of this family, the males display in the spring to win females. The displays start every morning before sunrise and last until mid-morning from March through May. Males arrive on a preferred high hill in the predawn and begin their displays which consist of holding their fluffy white tails straight up and “shaking their tailfeathers” which make a rattling sound. 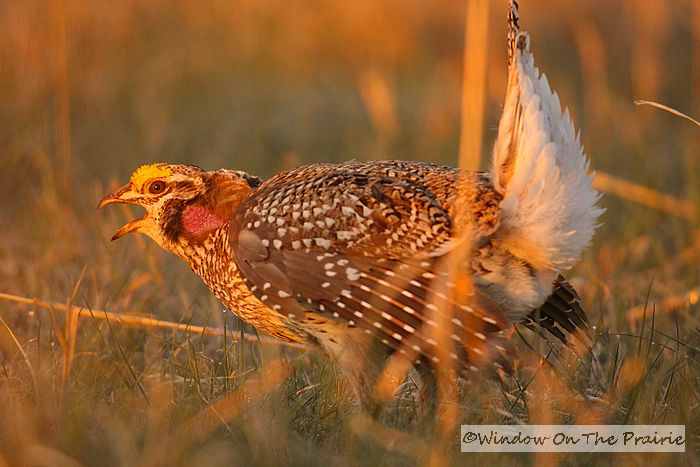 They inflate their purple neck pouches, spread their wings, make a wide variety of calls, and stamp the ground 20 times per second. 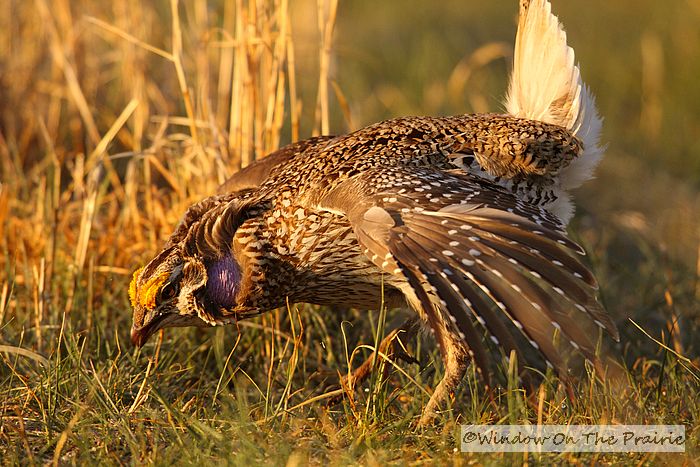 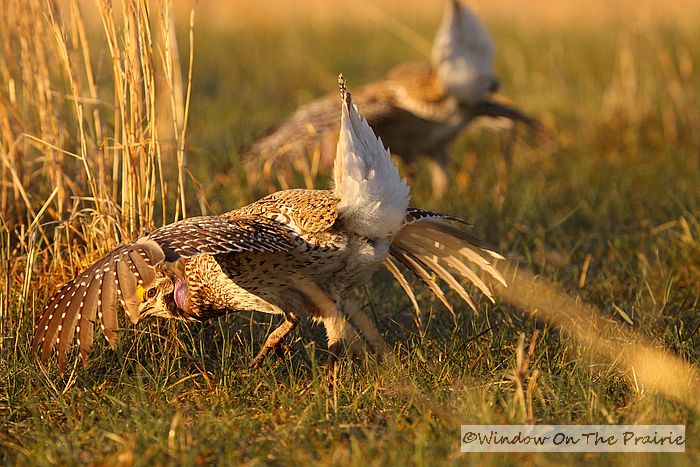 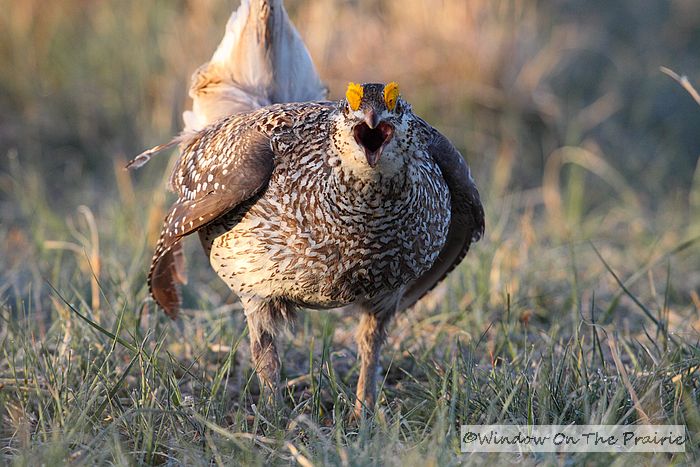 Each male is competing to be the top dog as only the dominant male gets to mate with any visiting females. The females arrive after sunrise. They like to sleep in. By comparison to the males, they are plain, but in the eyes of the males they are drop-dead gorgeous. 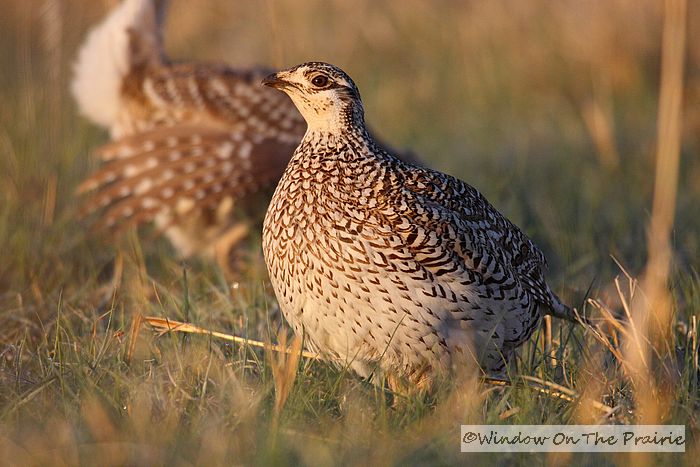 The female looks over the males as they display, make comparisons, and generally chooses the dominant male. She then immediately sits down, the male whispers sweet nothings into her ear for about 2 seconds, and then it’s all over. Without giving the male a passing glance, the female flies away. She will go make a nest and lay her eggs. The male meanwhile goes back to displaying.

As the morning wears on, the males tire. They yawn, 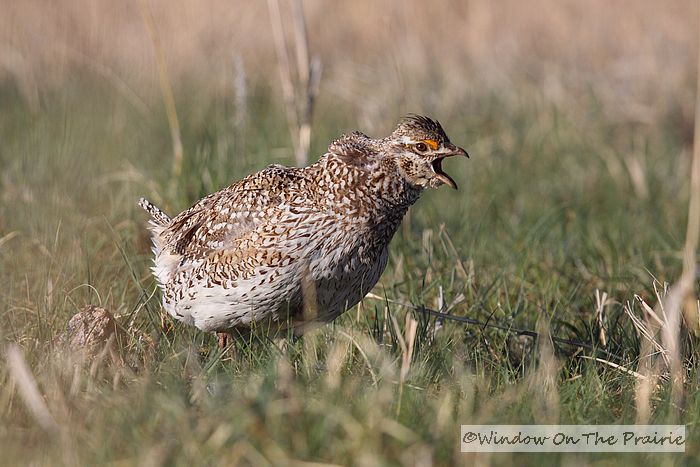 and do a little preening. 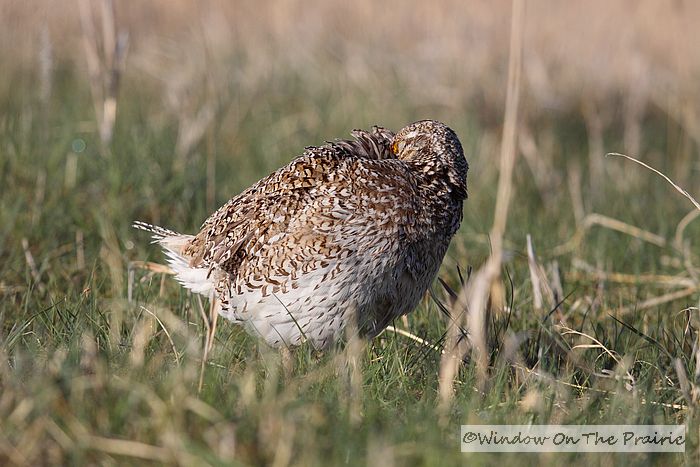 One by one they leave the hill to spend the day eating and resting. 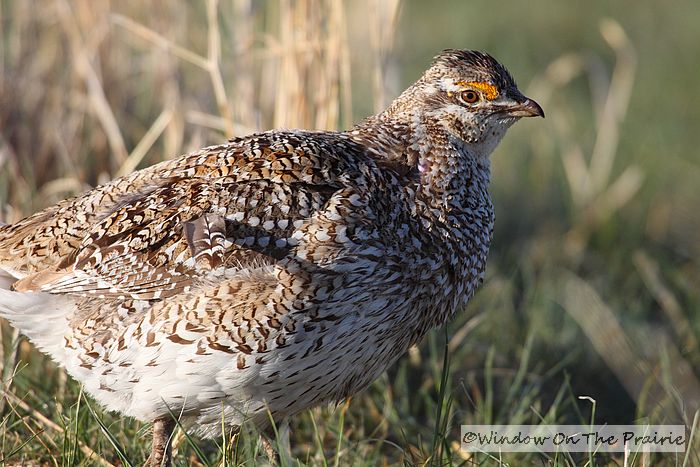 Tomorrow, I’ll have a video of the sharptail grouse display so you can see and hear it for yourself.

To photograph the sharptails, Harland and I got up at 4am, drove an hour, backpacked our gear over the hills, and entered a wooden blind. We set up our cameras and waited for sunrise. The birds were used to the blind and came within several feet of it, one even landed on it repeatedly. As the birds grew tired by mid-morning, we also were pooped out. 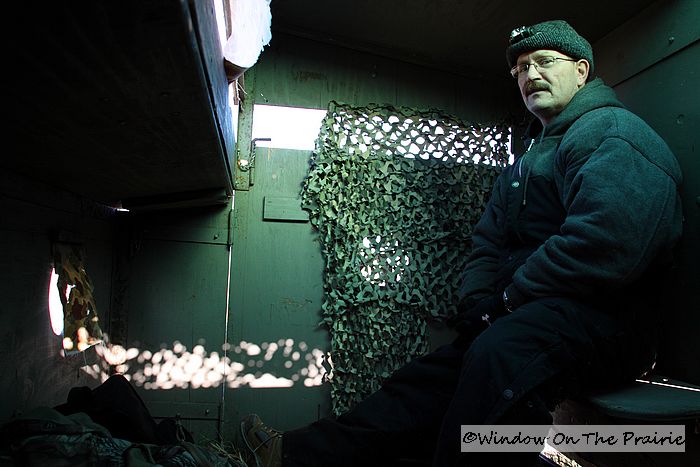 After the birds left we took pics of each other. 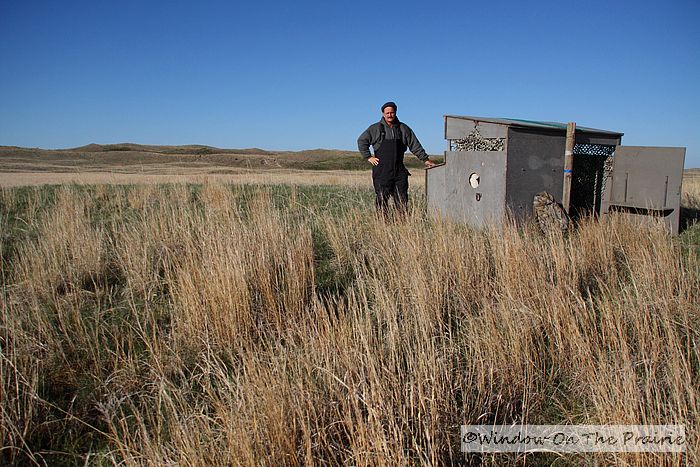 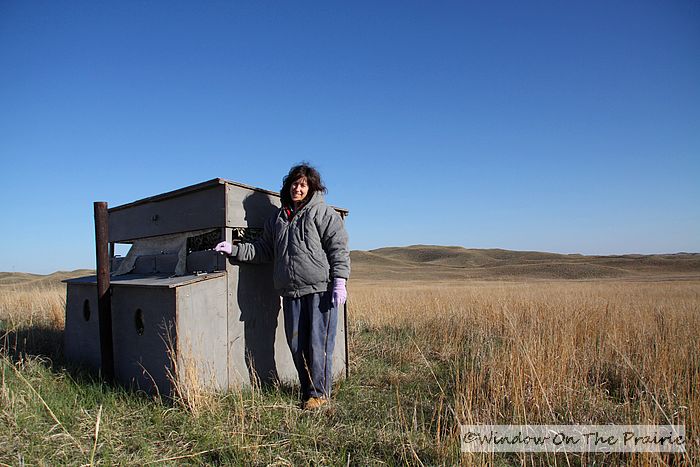 I have quite a few layers on here, and I don’t look it but I only weigh about 120 pounds.  This day became warmer later on so I was able to shed about 90% of that.