Here’s a bird we’ve never seen before. We came around a corner while driving the refuge’s roads, and we saw a little group of dark iridescent green birds busily poking their bills into the water. We had no idea what they were:

When we got home, we did some research to find out what kind of birds these little guys are. 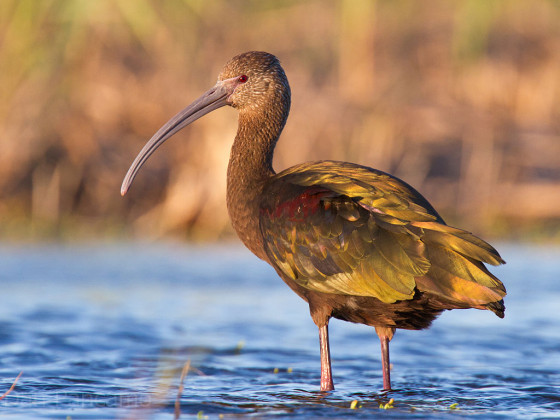 This medium-sized wading bird is iridescent bronze-brown overall and has a thin band of white feathers around its bare red face, a long, down curved bill, and red eyes, legs and feet. It feeds on invertebrates, frogs and fish. It alternates several shallow rapid wing beats and short glides, and flies in a straight line formation. Sexes are similar.

We found them to be fascinating birds to watch – so busy and quick moving. Cute!