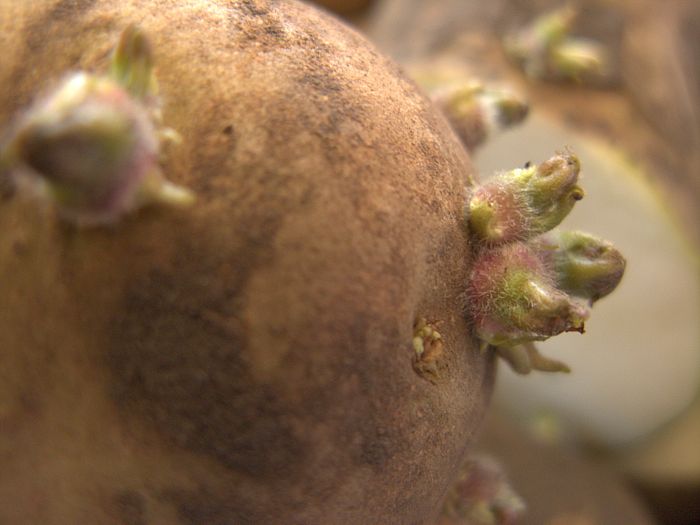 We usually plant pototoes on St. Pat’s day, but this year because winter lasted a bit longer than usual, we didn’t plant until a couple weeks later. Potatoes can be planted as soon as the soil can be worked. We bought seed potatoes at our local grocery store. Most stores will have a special section in the produce department this time of year with seed potatoes and onion sets. Or you can buy them from a plant nursery. When choosing potatoes, make sure they are “certified” and have a blue tag, meaning they are free of disease. We bought 2 different varieties.

First, cut the potatoes into pieces with at least one good eye on each piece. Sorry about the blurry photo. The potato cutter was moving too fast and the photographer too slow.

Once they are all cut, let them rest for a few days which allows the cut areas to “heal”, preventing seed decay when planted. 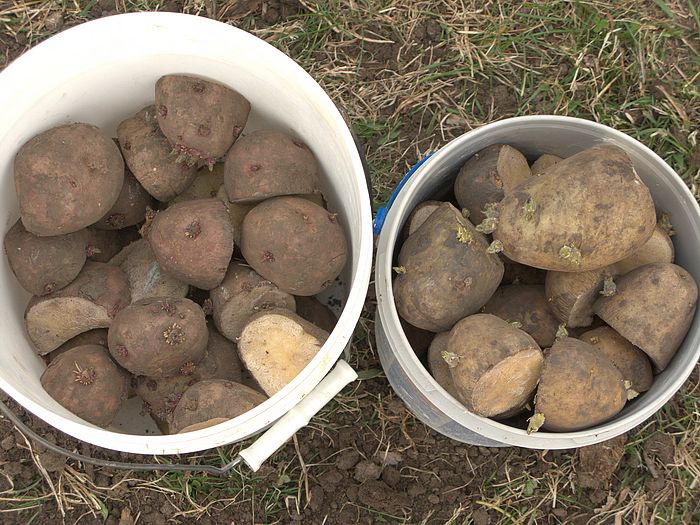 Next, work the soil in your garden if you haven’t done so already. Put to bed every fall with a load of cow manure, we usually till it under in the spring with a tiller like normal people. But because we aren’t normal, we used the four wheeler to drag a harrow weighed down by an old tire to do the job. 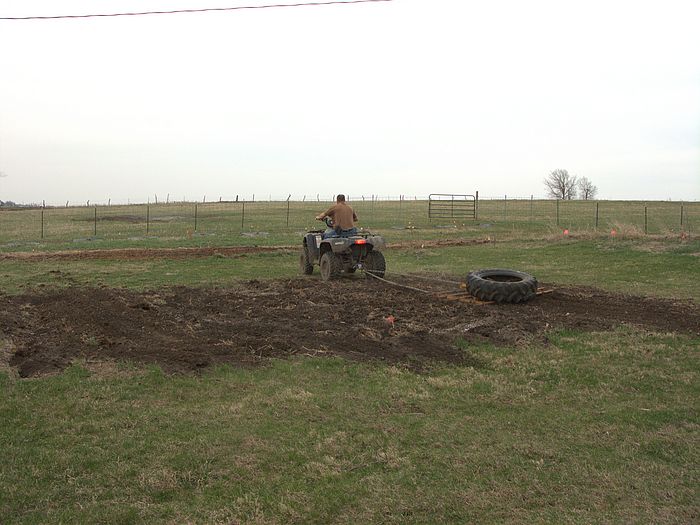 The harrow has a bunch of 6 inch spikes on the underside which breaks up the soil. It was due to rain this particular evening, and we were in a hurry. A dozen or so passes with the harrow did the trick in a fraction of the time. Make sure to plant your potatoes in a different spot in the garden than last year’s crop. This cuts down on the chance of them getting blight. Next, we strung a line between two posts to mark a straight row. 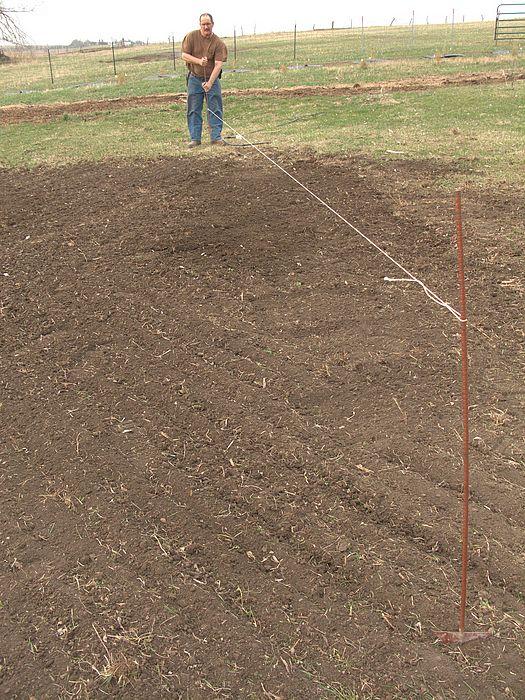 Put the rows about 3 feet apart. Then we dug holes about 6 inches deep along the row. Each of the potato pieces are placed in a hole, eye side up. They like to see what’s going on, ha ha. (Sorry.) 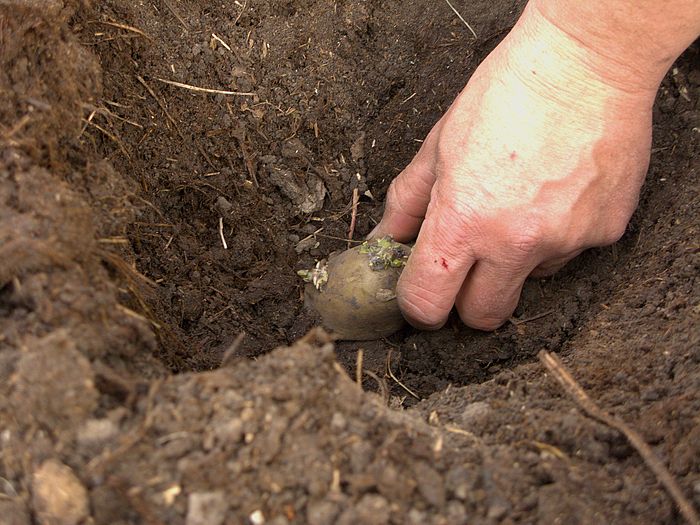 Then, we filled in the holes with soil, and watered well with a hose. We marked the rows with flags or sticks. 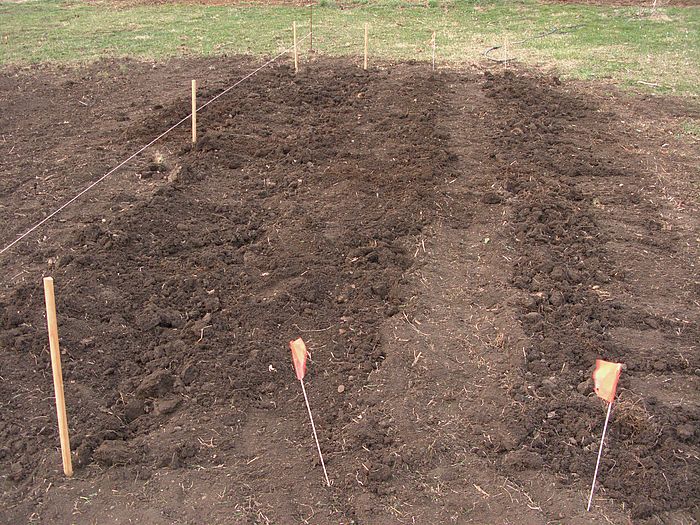 It takes a couple weeks for them to come up. Every year, about the time we give up, we discover little potato sprouts. We’ll harvest the spuds in July, and will have enough to last all year.