On our visit to the Main Street Cafe in Durham, Kansas last week, we watched as the ladies prepared pies for their Friday night buffet. When we arrived, the owner told us that as long as we were there we might as well watch as they made peppernuts and then proceeded to tell us all about them.

Harland and I must have greeted his explanation with blank stares becaused he finally stopped talking and said,  “You’ve heard of Peppernuts haven’t you?”

“Oh, well c’mere and I’ll show you.” And he led us to a back room where a couple of ladies were manning a machine full of what looked like 20 pounds of dough, spitting out little dogfood size bits onto mammoth greased cookie sheets. 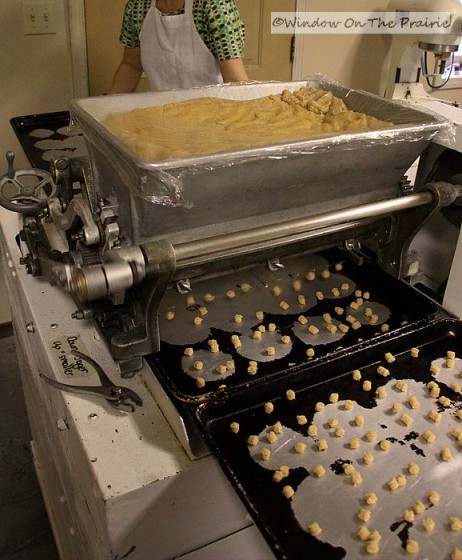 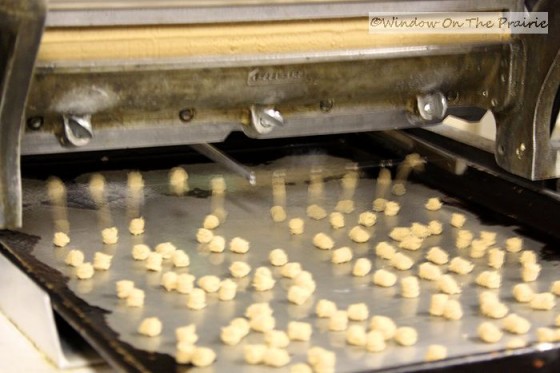 He said that peppernuts are traditional tiny cookies that contain cloves and anise, are kinda hard, and good for dunking. Despite their name, they don’t contain pepper, and often don’t have nuts either. He went on to say that they are very popular in the Durham area around Christmas time. They make them up to be bagged and sold at their cafe.

We watched as the machine quickly filled each cookie sheet, 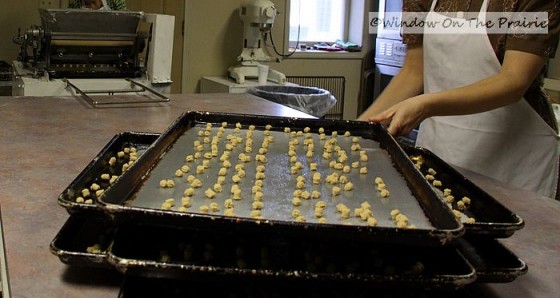 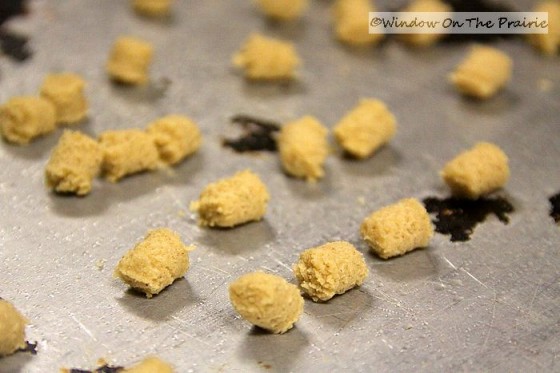 and soon there was a stack of sheets ready for the oven. One of the ladies spaced apart some of the cookie dough blobs that were too close to each other, 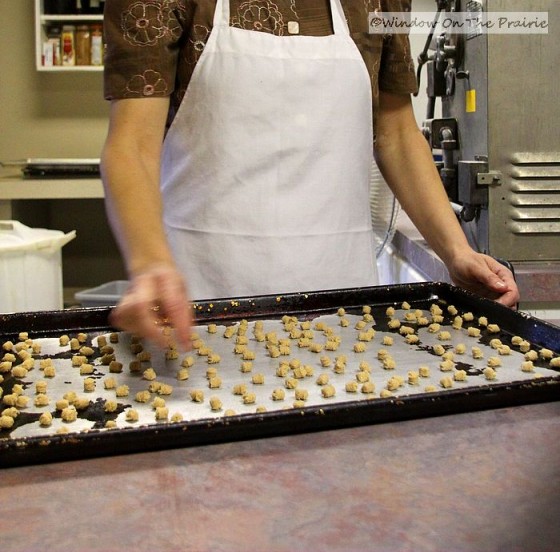 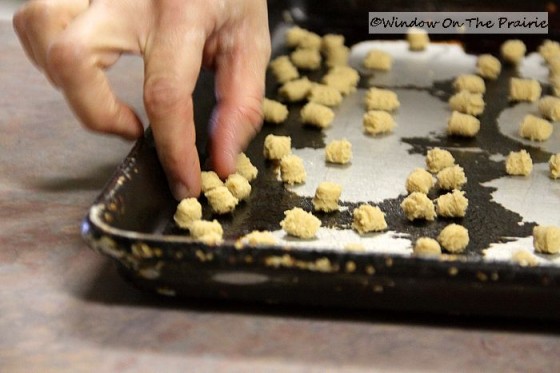 and then popped them into the oven. They only baked for a few minutes, and then were allowed to cool. 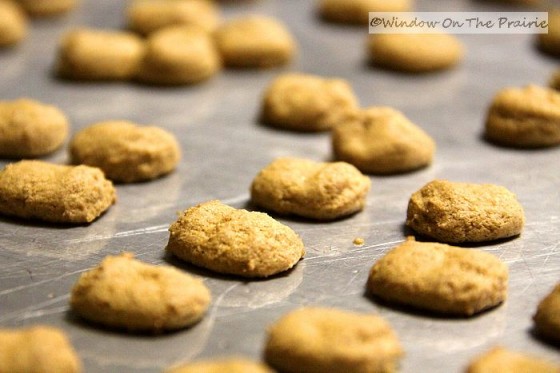 Later, they were bagged up for sale. 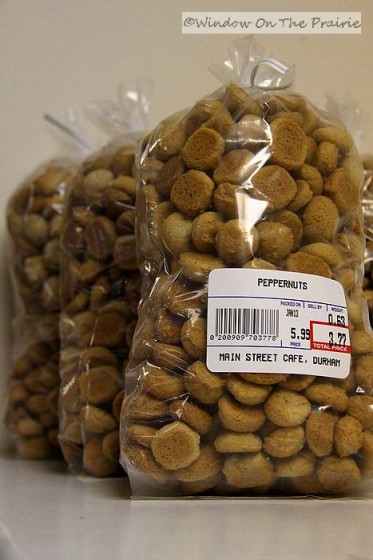 I was intrigued, and did a little research when I got home. I couldn’t discover where they originated, but they are called by different names in different countries:

I’ve decided to make a batch of them for us soon, and am looking for a good recipe. There are tons of them available on the internet, some looking suspiciously updated and modern. But I’m looking for an older traditional recipe with cloves and anise.