If you’re just joining us and would like to catch up, here are all the posts so far about Miss Tadpole:

So when we left Miss Tad last week, she had sprouted her legs and feet and was grumbling about a lack of shoe stores that carry froggy sandals. Well, this week, she has sprouted arms and hands. 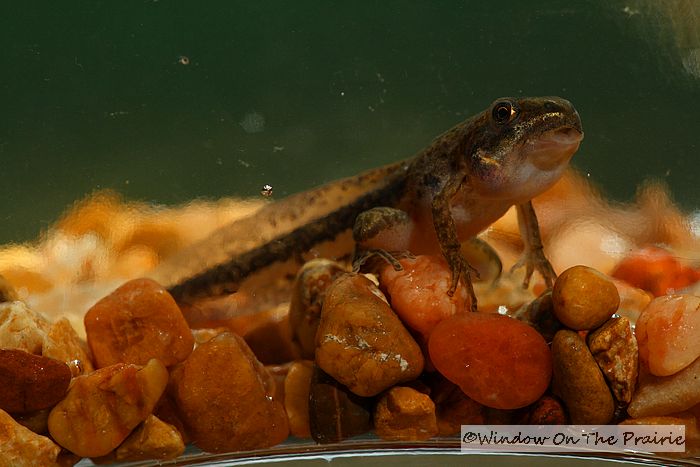 Early Saturday morning, she had large bumps along her sides and I mentioned to Harland that she should be getting arms any time now. Well, a couple hours later, she had sprouted her first arm, and I shouted to Harland,

It’s a good thing we don’t have close neighbors by the way. The strange things they would overhear.

Anyway, once she had one arm, she kinda liked it, and in another hour she had sprouted her second arm. Apparently the arms grow just below the skin and when ready, they “pop” out, elbow first. 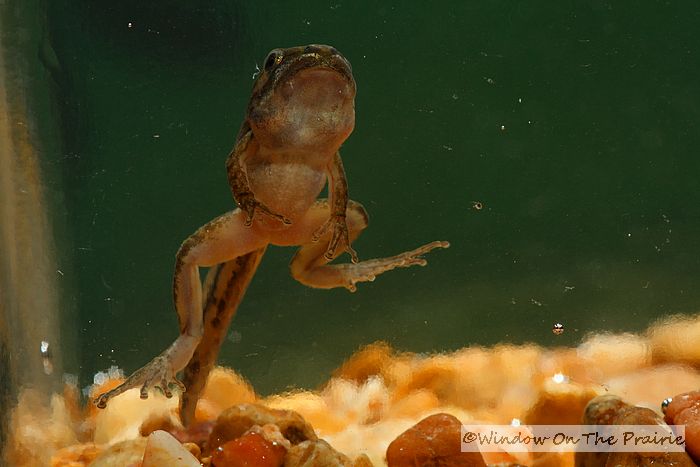 And check out those legs!  Amazing how much they’ve grown in one week. Looks like the stair-stepping machine has done wonders for her thighs.

Her mouth is getting wider and more frog-like too. 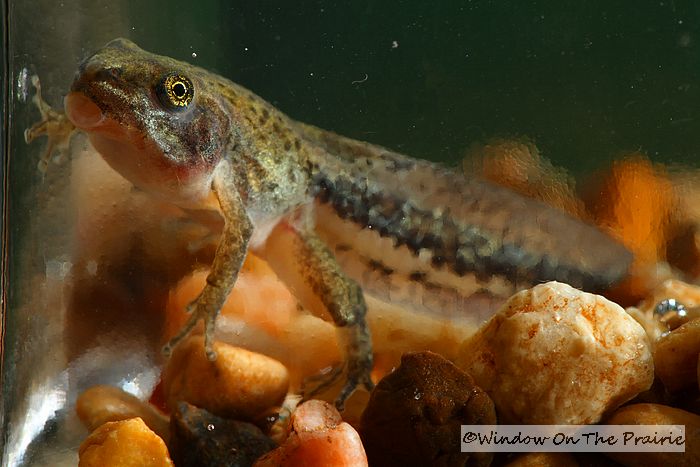 In the last couple days, she’s been coming to the surface to breathe air. We thought we had lost her on Sunday, when we didn’t see her anywhere in her tank. Careful searching revealed she had come up out of the water and was hanging upside down from the lid of her tank. Even though she can breathe air, she can also still breathe underwater with her gills. At some point soon, she will breathe exclusively with her lungs.

Her intestines have been shortening in preparation for her upcoming change in diet. Until now, she has been a vegetarian, but soon she will switch into a carnivore and begin to eat bugs. 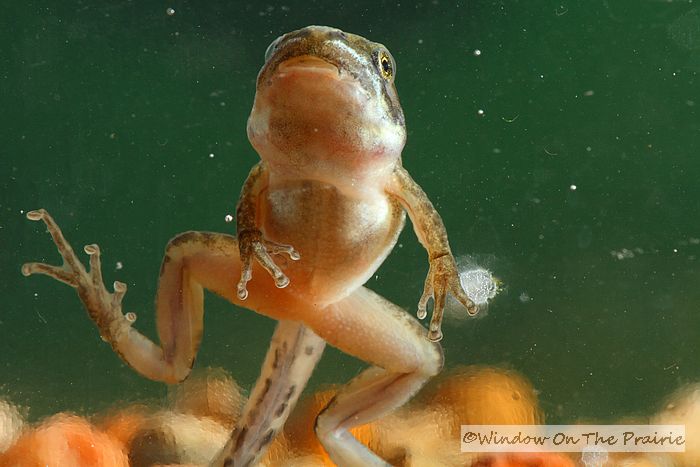 Her tail hasn’t changed much, but soon she’ll no longer need it, and will absorb it altogether. 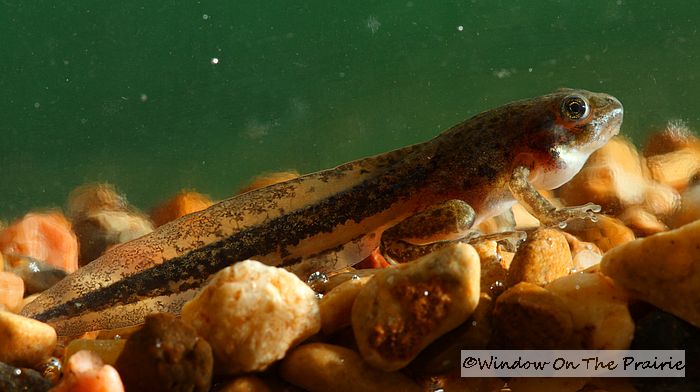 She’s growing up so fast, and lately she’s been filling out college applications. 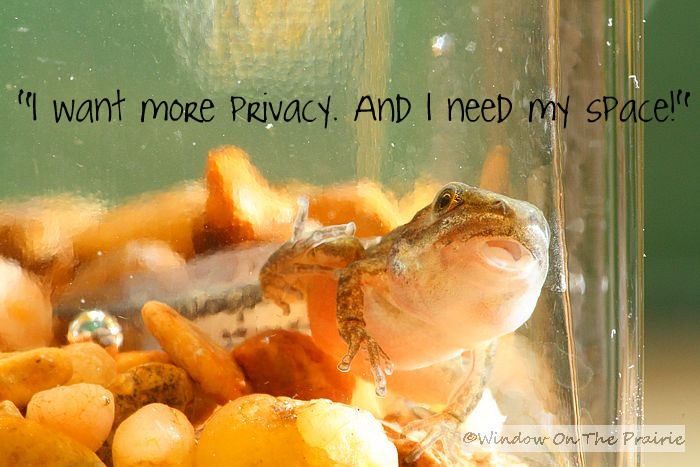 Soon she’ll leave the nest. I don’t know how Harland and I will cope.

———> Wednesday:  Miss Tadpole/Frog wouldn’t wait for another Tadpole Tuesday and is ready to leave now. So come back tomorrow for her last post. *Sniff, sniff*