Recently, Harland received assignment to photograph a cafe in the small town of Durham, KS. So Thursday afternoon after I got off work, we made the three and a half hour drive and stayed that night at a cabin on Lake McPherson arriving about 9:30pm.

We unloaded all our stuff and Harland turned on the water in the bathroom to brush his teeth. It ran for about 30 seconds, and then stopped.

“I hope you weren’t wanting to take a shower tonight,” he said.

We tried the kitchen faucet and the shower – nothing. The water supply was a well out back powered by a pump, so Harland flipped all the breakers. Nothing. So he called the maintenance guy. This was about 10pm. He told Harland to flip all the breakers again, which didn’t work – again. So the maintenance guy said he would send a plumber out in the morning. Meanwhile, we had no water of any kind, even to brush our teeth. So Harland drove to Canton, a 10 mile drive, to a convenience store and picked up some water. By the time he got back I was in bed having brushed my teeth using the dry method and spitting a lot afterwards.

Next morning, Harland heated some of the bottled water to shave with, and I heated some to wash my face. We put on extra deodorant and then we were off to the Main St. Cafe in Durham, a few miles away. Durham is a typical small midwest town that saw its heyday years ago. 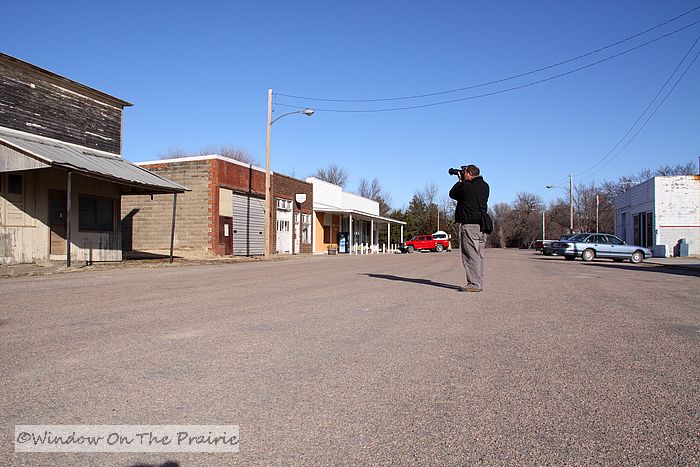 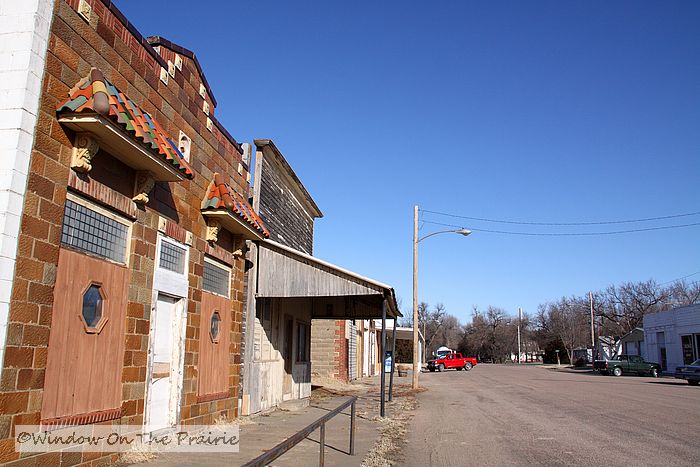 Today, its population is about 100, and all that’s left is a post office, 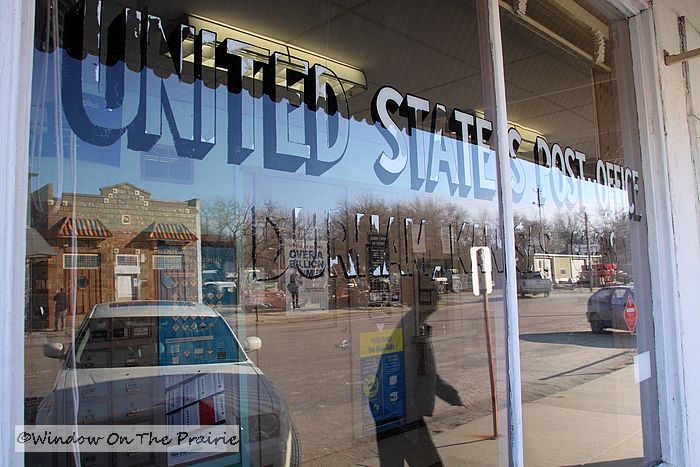 grain elevator, automotive repair shop with a resident cat in the window, 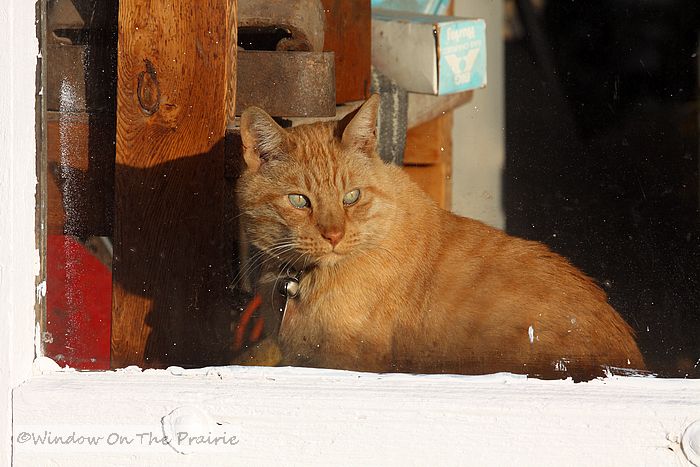 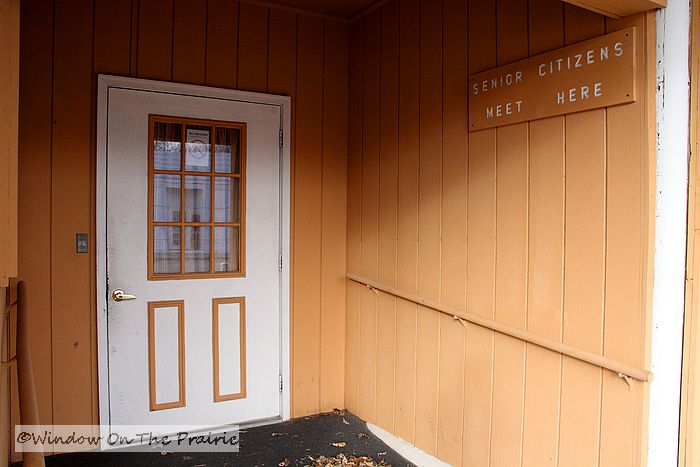 and a cafe that serves breakfast and lunch. 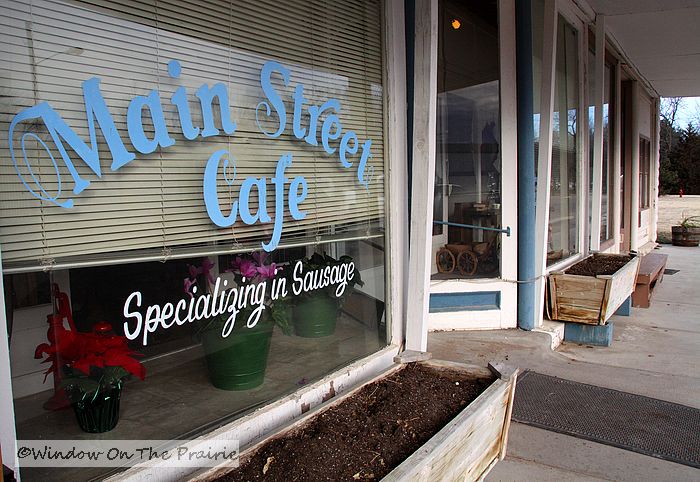 On Fridays, they also serve a buffet dinner: drink, salad bar, main dish and sides bar, and pie bar. The big draw is the 15 different varieties of homemade pie, and that’s what Harland was there to photograph. Friday morning is when the ladies at the cafe make the pies, so we arrived about 9am to watch. Harland said I could also take pictures to share with you.  Yay!

When we got there, one of the kitchen ladies was putting meringue on the cream pies. 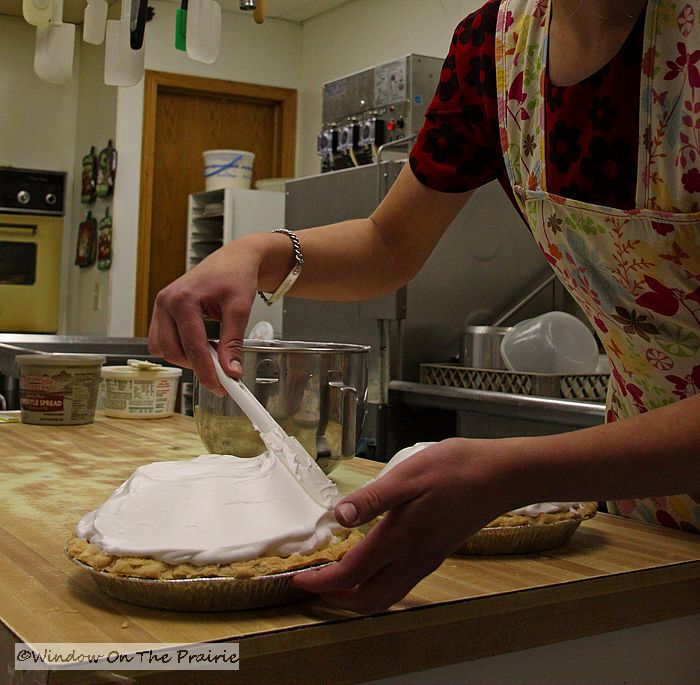 Each pie gets about 4 whipped egg whites. Once the meringue is spread over a pie, she deftly made beautiful peaks all over, 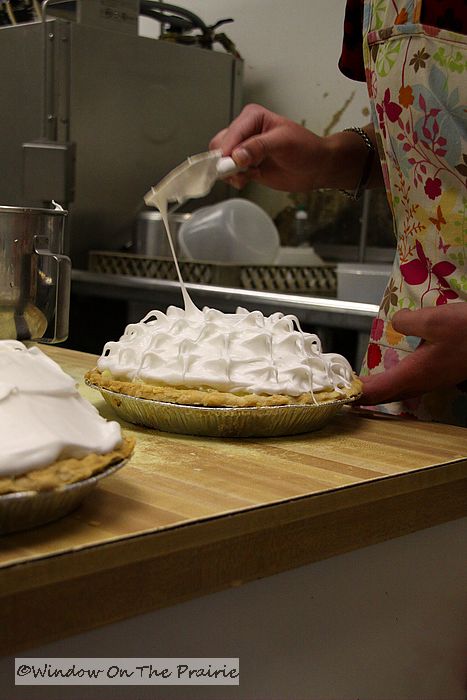 sprinkled the top with coconut (this was a coconut cream pie) 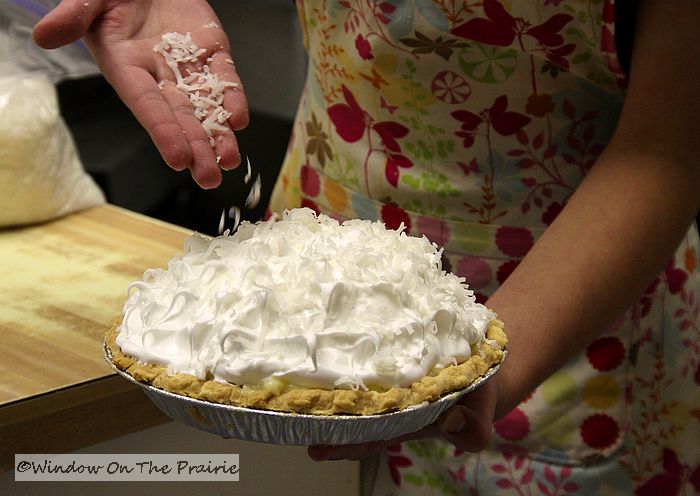 and popped it in the oven, removing when golden brown. 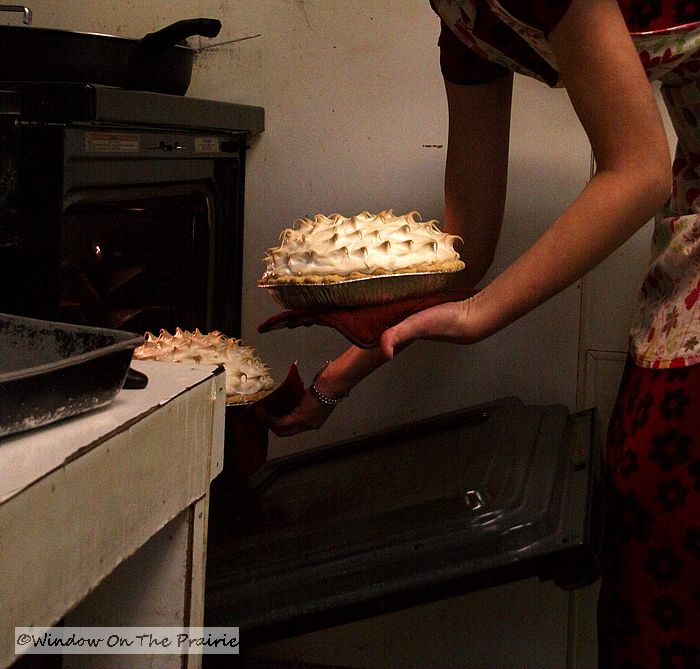 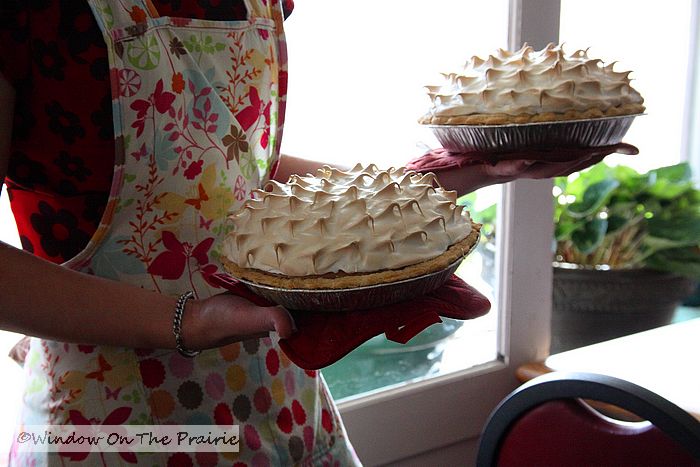 Meanwhile, fruit pies baked in another oven and we watched as they were removed

and put on racks to cool. After a couple hours Harland had all the shots he needed of pie baking and we left, planning to return that evening.

We got a call from the cabin maintenance guy saying that the water problem had been fixed, so we headed back to the cabin for a shower and a nap. We hadn’t slept well the night before, and were tuckered out.

Later, we headed back to the cafe to see the pies cut and laid out on the buffet table. 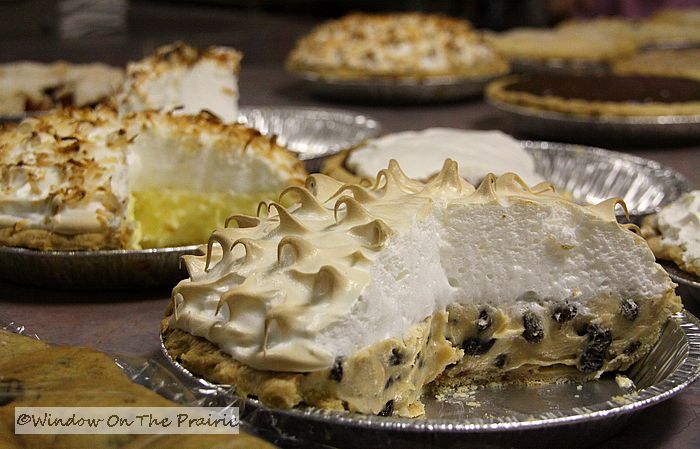 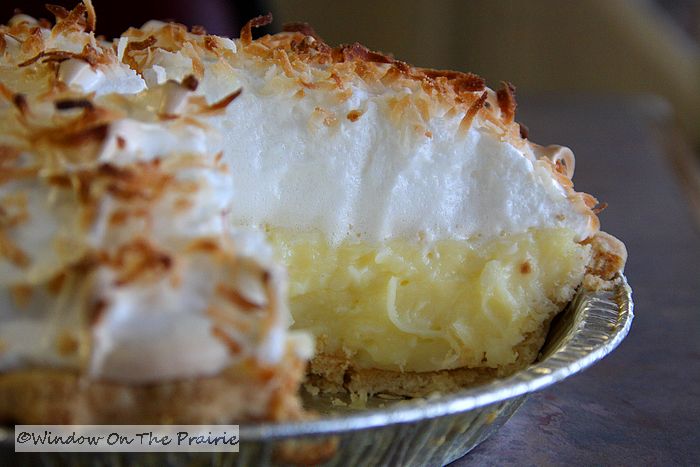 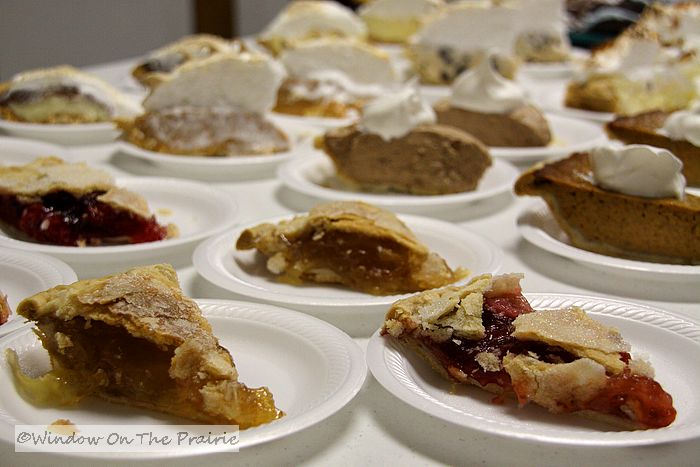 And of course, when we were done we put our cameras down and got in line for the buffet. After a hearty supper, we made our way to the pie table. Harland had the sour cream raisin and on the first bite entered pie bliss-land. I had to shake him to bring him back down to earth. I had the chocolate-peanut butter which melted in my mouth…creamy deliciousnous.

——-> UP NEXT:  See how peppernuts, tiny little cookies, are made.