How To Get A Hot Air Balloon Off The Ground 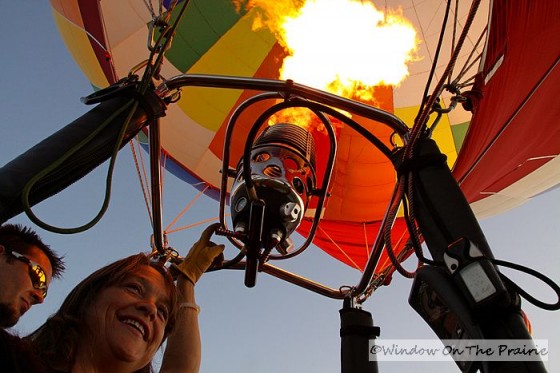 Last weekend we visited the Huff’n Puff Hot Air Balloon Rally in Topeka. It’s an event that lasts several days, but we only attended the launch Sunday morning at sunrise. We arrived in near darkness. We had tent-camped the night before at our cattle pasture(don’t laugh) which is another story in itself.

We got there the night before to set up the tent. Our pasture is in a remote area and large so we rarely see the cattle when we camp there, but that night they gathered round to watch us. So we set up our tent with an audience watching, crawled inside and then it began to rain. But it only rained for a little while. I had a hard time going to sleep and so I lay there listening to the cattle chewing their cud, burping, coughing, and other less savory bodily functions. I finally got to sleep, but sometime in the night, a cow got separated from her calf and began mooing for it loudly. Finally the calf answered, and they reunited. Later we were awakened by a pack of coyotes yip yipping howl yippippity yipping fairly close by. Finally that stopped. And when the alarm went off at 5am, we dressed and crawled out of the tent. I didn’t feel like I had slept more than a couple hours.  In a hurry to make it to the balloon rally, we didn’t bother to take the tent down, but left it planning to come back for it later in the day and hoping the cattle wouldn’t do anything to it.

So anyway, we arrived at the balloon rally. We waited for the balloon people to set up their balloons and lift off. Soon they began to stir around.

First, they unload the balloon, basket, and burners. 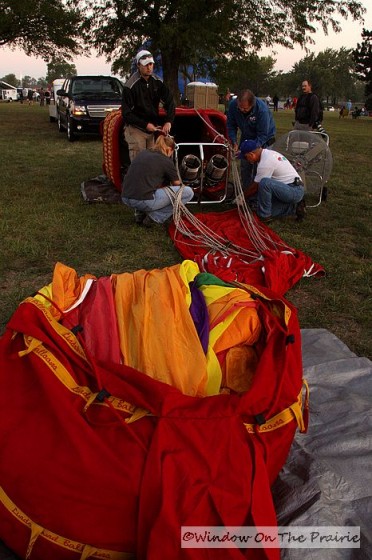 The balloon is unrolled out along the ground, the basket is attached to it with ropes, and the burners are attached at the top of the basket. 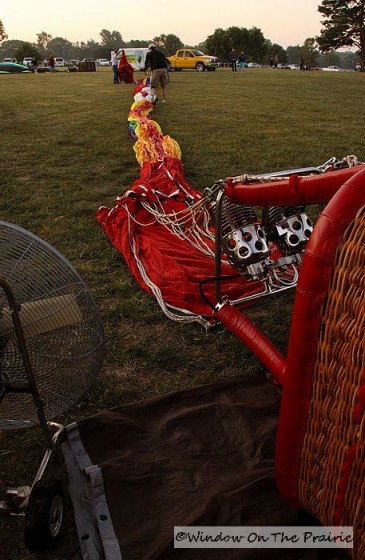 Next, a fan is used to force air into the balloon to get it opened up. 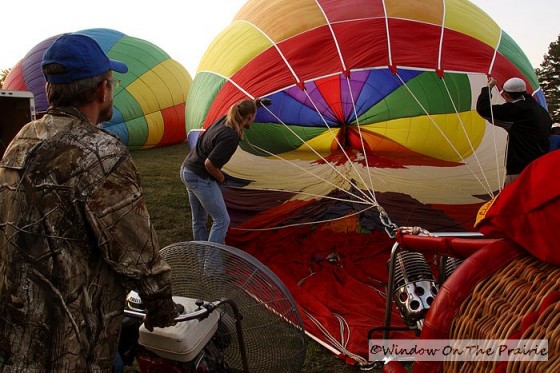 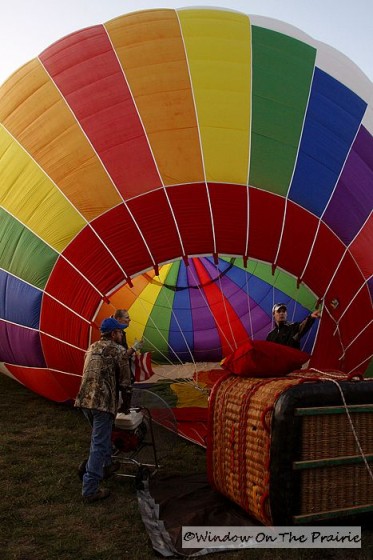 Next, the gas burners are lit to fill the balloon with hot air. 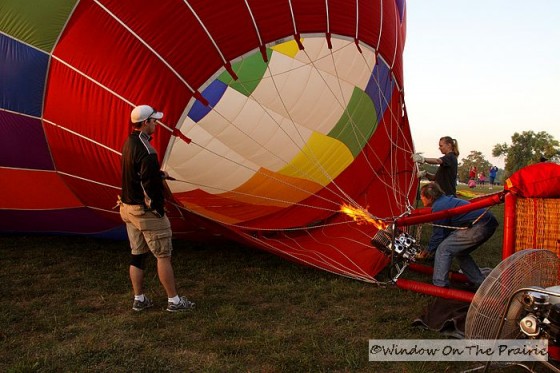 Since hot air is lighter than cool air, it creates lift, and the balloon begins to come up off it’s side and into the air. The crew lifts the basket into an upright position. 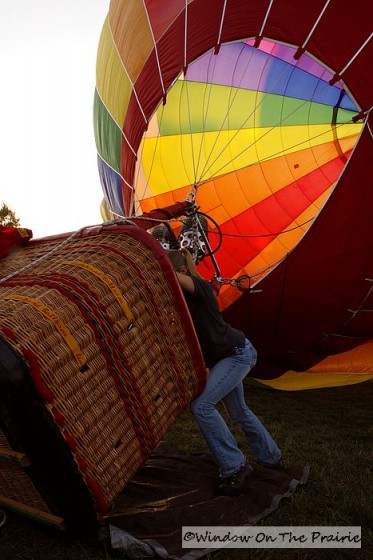 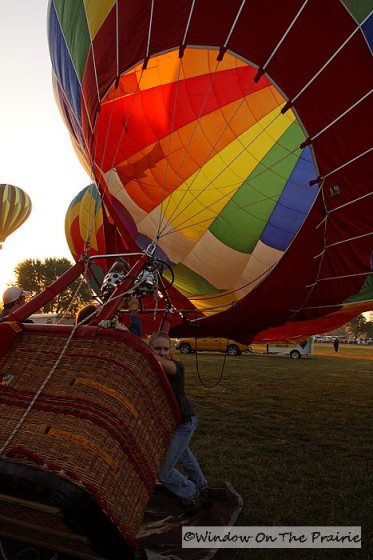 Once upright, the pilot continues to switch the burner off and on making the air hotter and hotter inside the balloon.

The crew holds the balloon down to keep it from getting away too soon. 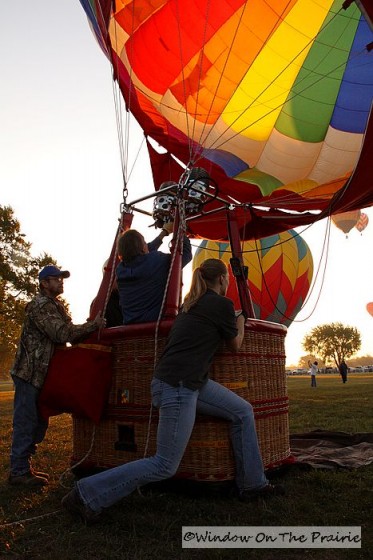 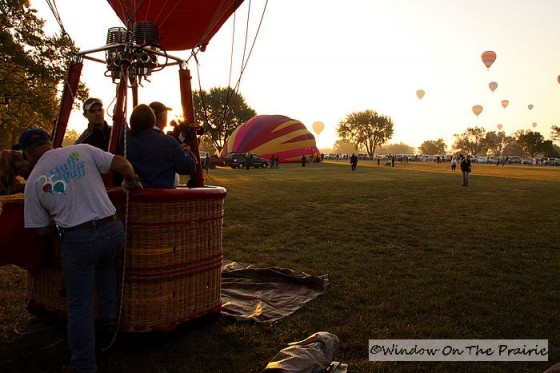 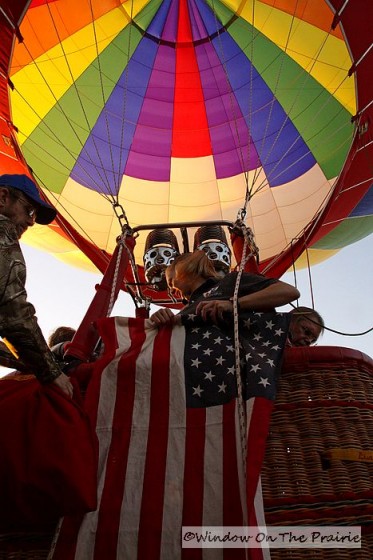 and then the ground crew releases the basket. 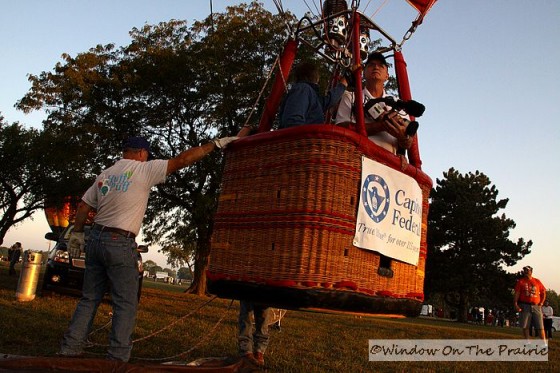 The balloon slowly drifts up and away. 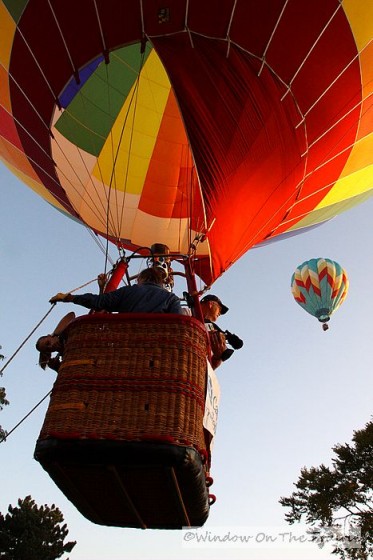 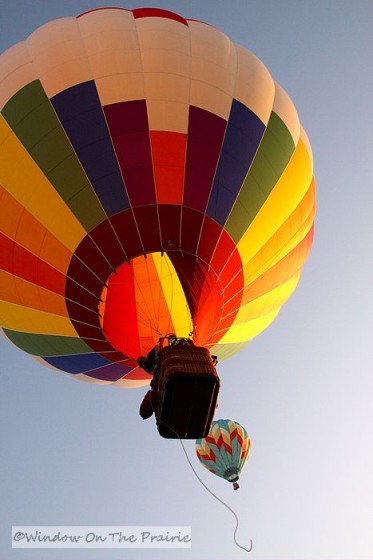 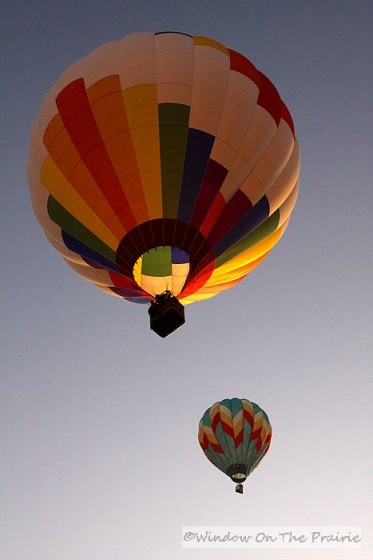 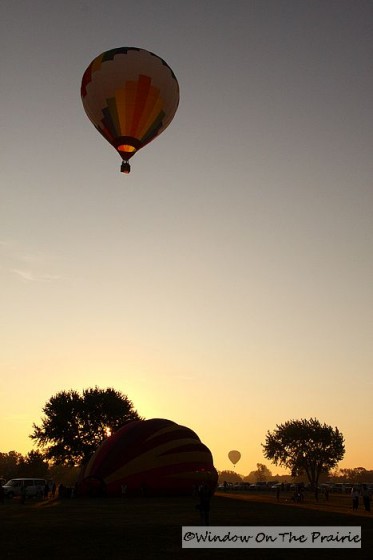 This whole process only takes about a half hour. There were about 15-20 balloons going up that morning, and so balloons were filling all around us, popping up and floating away. 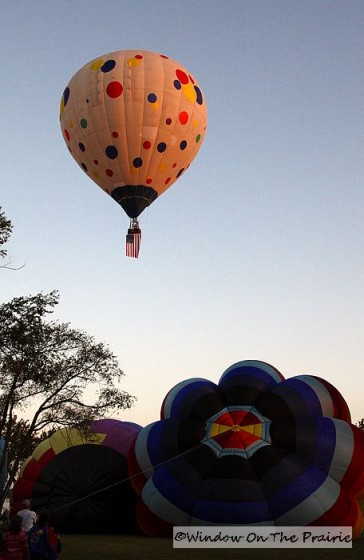 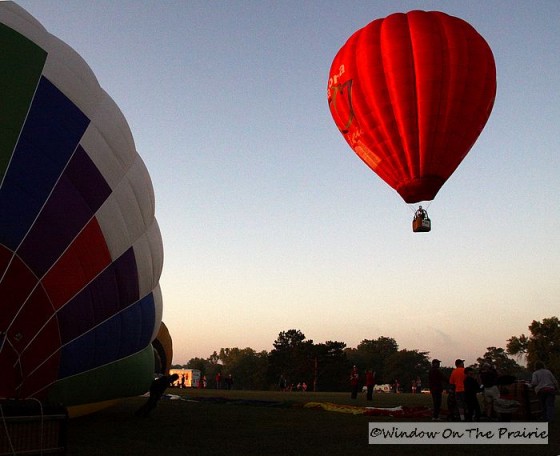 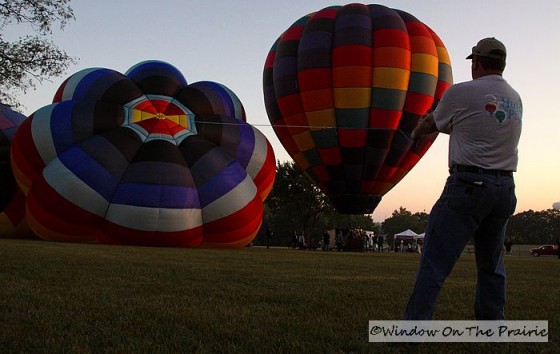 We got some breakfast afterward, and drove back to the pasture keeping our fingers crossed that the cattle didn’t do anything to the tent. Luckily it was just where we left it. We packed it up, and drove home.

Last year when we visited the balloon rally, we took pictures of them drifting over the lake at sunrise. You may see that blog post here.

Tags: How To Get A Hot Air Balloon Off The Groundhuff'n puff hot air balloon rallytopeka kansas