Day 8 of our vacation started in a cemetery in Athens, Maine.

No, we weren’t going to funeral. We just like looking at old headstones. So we stopped at Mount Rest Cemetery early in the morning to take a look around.

Something we noticed about cemeteries in the northeast is that they are terraced. Here in the Midwest, we just dig a hole, throw the coffin in, and fill the hole back up. But the terracing here is a mystery to us. Doesn’t it make it really hard to mow the cemetery? 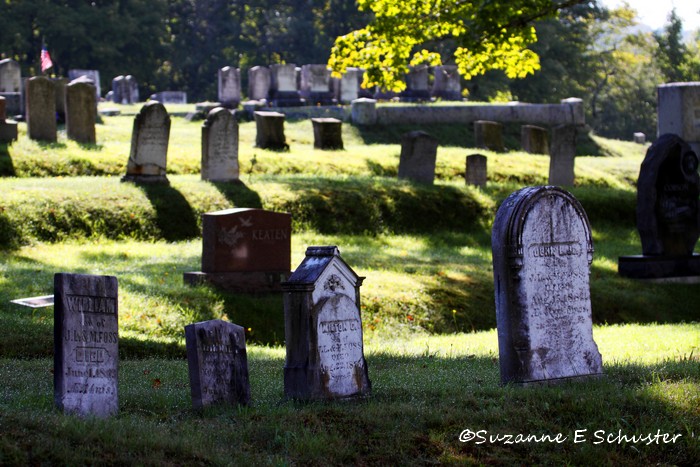 This one (below) gets me.

“Sweet Babes” it reads. Twins lost at birth? The stone was only about a foot high like stones usually were for babies. 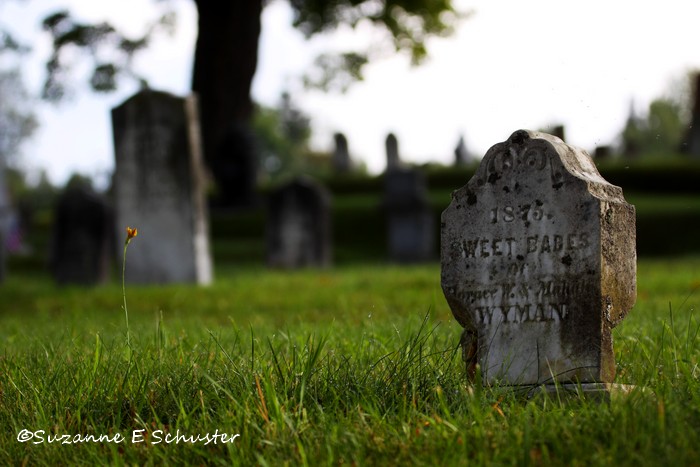 Check out the stone below. 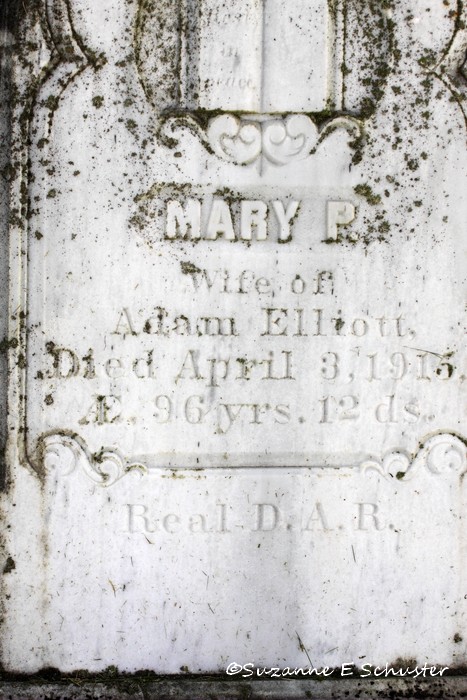 And here’s the back of the same stone: 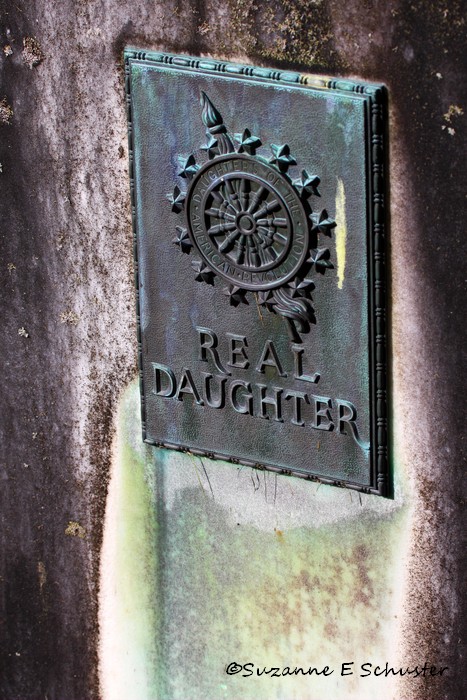 The plaque above says “Real Daughter” meaning that her father was a veteran of the Revolutionary War.

Imagine the changes Mary saw in her lifetime. She would have been born in 1819 when America was a young country. And when she died in 1915, the Great War, later known as WWI was raging in Europe.  In her lifetime, transportation went from horse and buggy to cars and even planes.

A little online research reveals that many members of Mary’s family died before her.

I wish headstones could talk. But I guess cemeteries would be pretty noisy places then wouldn’t they?

Our next stop was Low’s Covered Bridge spanning the Piscataquis River in Guilford, Maine. The original Low’s Bridge was built here in 1830, and has been destroyed by floods 3 times since then, most recently in 1987. When the bridge was rebuilt again in 1987, they raised it 3 feet higher hoping to avoid further floods in the future. 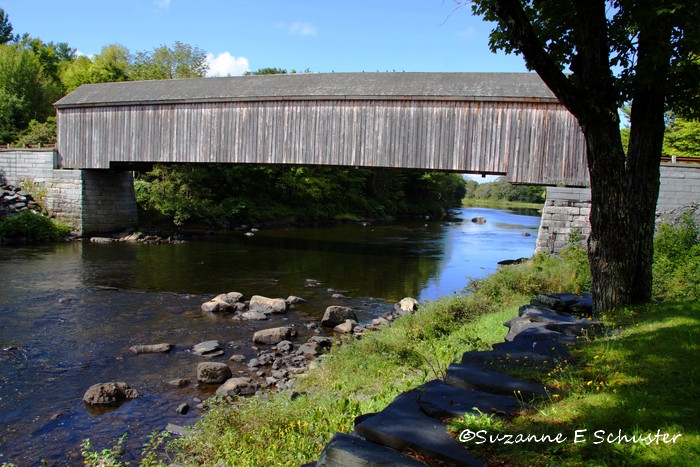 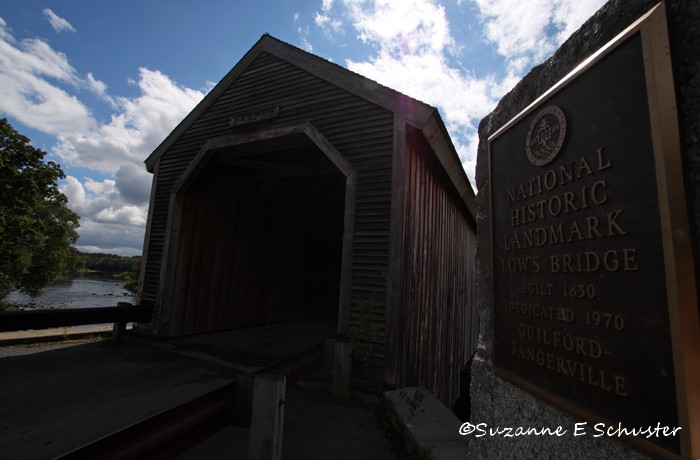 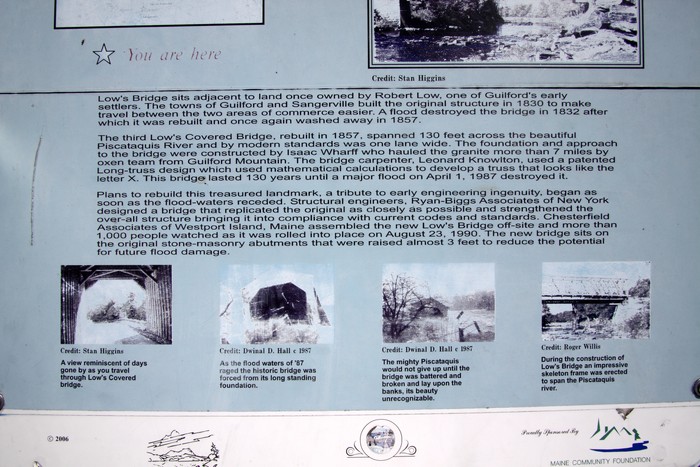 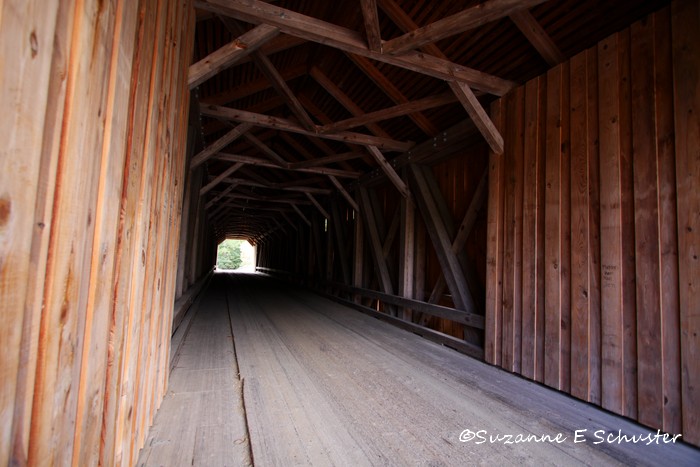 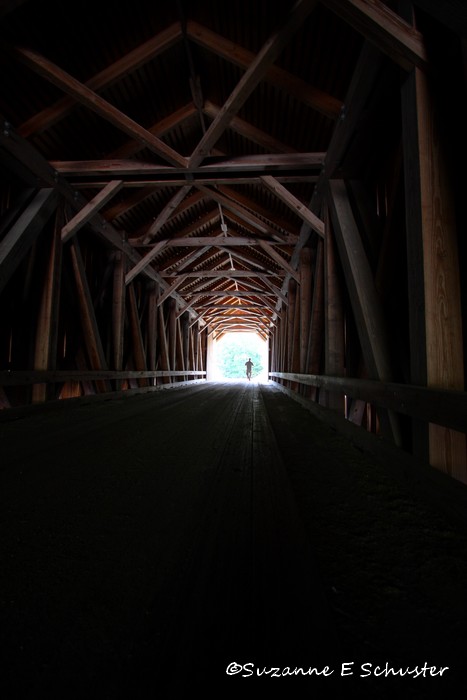 Here’s a pic taken from the bridge at the Piscataquis River. What a beautiful spot. 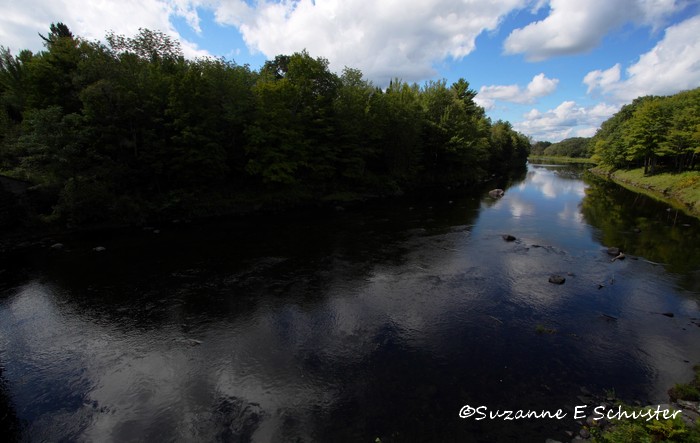 After lunch we drove the State Route 11 Scenic Byway in the northernmost part of Maine. This area of Maine has over 2000 lakes, streams and rivers, and is a popular vacation spot for fisherman, hikers, canoeists, cross-country skiers, and snowmobiles.  There are breathtaking views in every direction: 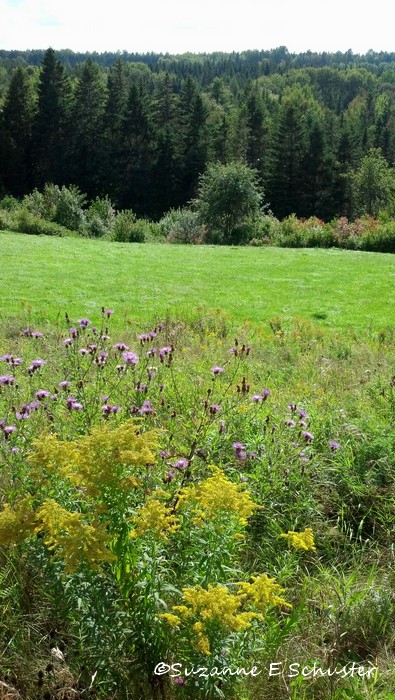 We continued to head south in Maine angling towards the coast.

By mid-afternoon we reached the little town of Danforth which is a stone’s throw from New Brunswick, Canada.

I love their little library: 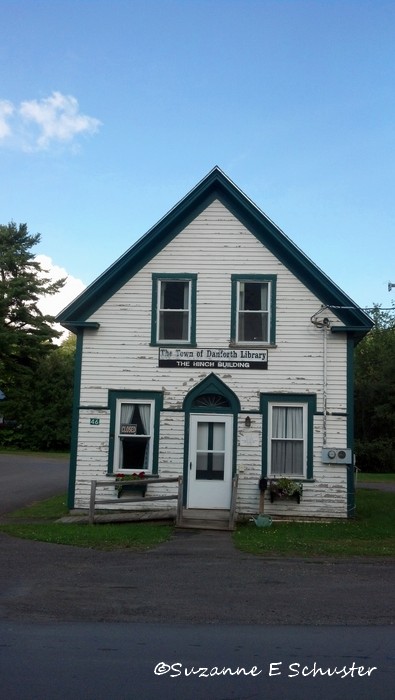 We raced along now eager to see the ocean and the Maine coastline.

By early evening we had reached Lubec, the northernmost town on the coast of Maine. We booked a room and then hurried to the harbor to see the fishing boats anchored for the night and the fog rolling in. 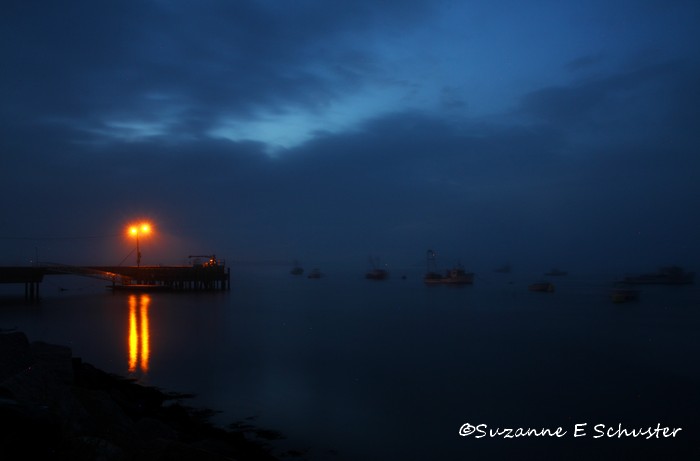 We turned in that night eager for the next day’s adventures.

Up NEXT:  A tour of Franklin D. Roosevelt’s summer home on Campobello Island in Canada, a visit to Head Harbor Lightstation which welcomes it’s guests by warning them of the “Extreme Hazards” of being there, some beach-combing, and delicious fresh seafood.