A couple weeks ago, I did a post about the ladies of the Main Street Cafe in Durham, Kansas, making peppernuts. At the end of the post I asked if anyone would like to share a family recipe for peppernuts that I could bake and share here on the blog. I received many responses (Thank you everyone!) and ultimately chose a recipe sent in by Hollyce from her grandmother, Ethel Collett. 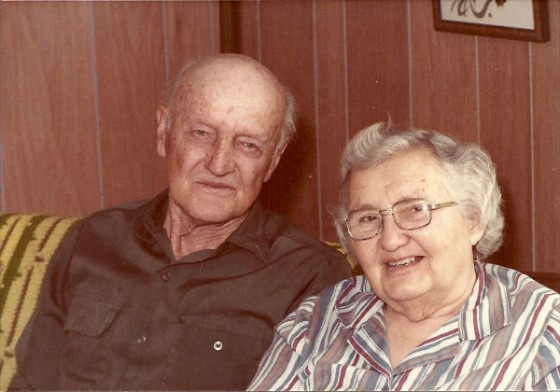 According to Hollyce, her grandmother actually had 3 recipes for peppernuts:

“My Grandma, Ethel Collett, is the common denominator between three different recipes for peppernuts in our family.  Grandma was a hard-working farm wife and mother to nine adorable children, including my mother.  Life on herMarion,Kansas, farm meant milking cows, tending a garden, sewing clothes, an outhouse, cleaning, cooking from scratch, trips to town and every Sunday in church.  Ready with a hug and kiss, Grandma was as kind a person as you’d ever meet.

Grandma’s peppernut recipe is a mystery.  Or should I say Grandma’s three peppernut recipes are mysteries.  As I mentioned in my comment to the peppernut story in “Window On The Prairie”, when several cousins realized we were still making peppernuts at Christmas we found there were three different recipes.  One recipe calls for boiling sugar, shortening and sorgum; no pepper, no anise.  The second uses molasses, evaporated milk, pepper, and anise.  The recipe my Mom received from her Mom uses white syrup, honey, sour milk and anise oil; no pepper.  All are called “Grandma’s Peppernuts”.

When Suzanne asked me to write a couple paragraphs about the peppernut recipe I’d sent in, I immediately emailed my mom and aunts hoping to receive some history of their Grandma making peppernuts.  Or maybe a story about helping their Mom roll the dough, cutting the lengths into kibble-sized bits and laying them meticulously on a cookie sheet, as I did with my mom and my two kids did with me. Or, as my adult kids still do, impatiently waiting for the crunchy nuggets to cool before munching on the first handful of the season.  However, as much as peppernuts have become a Collett family tradition, Mom doesn’t remember Grandma making these cookies when she was at home.  Apparently, no one has information on where Grandma got her recipes or why she gave different recipes when asked for “her” peppernut recipe.  Regardless of the unsolved mystery, it doesn’t change the fact that many of her kids and grandkids love “Grandma’s Peppernuts”.”

Here is one of Grandma Collett’s recipes for Peppernuts:

In a large mixing bowl, cream together the shortening and sugar. 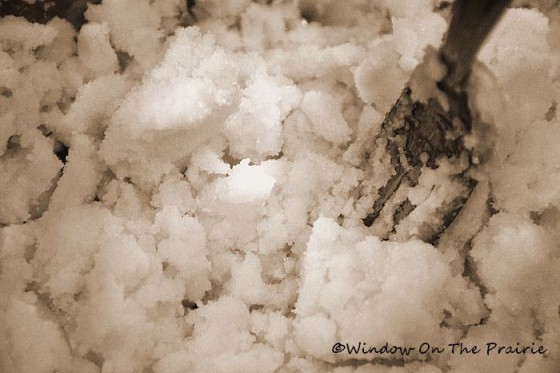 Then add the egg, 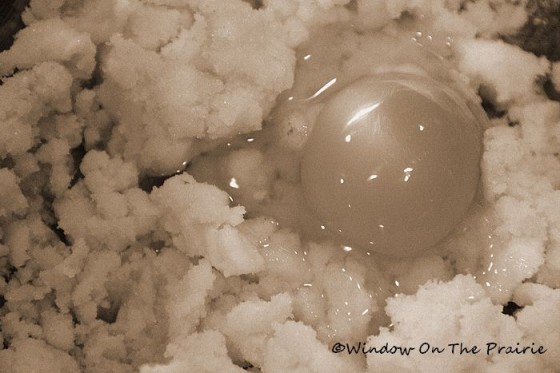 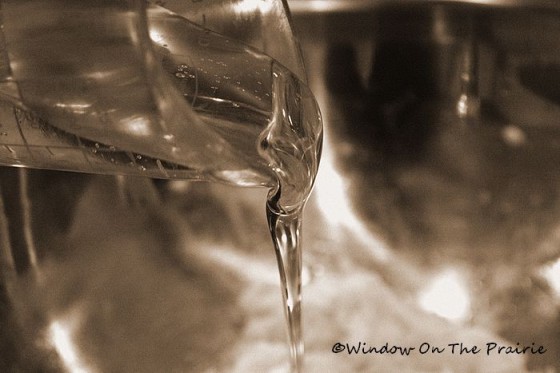 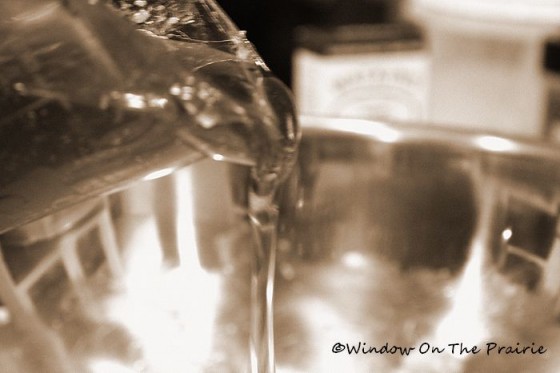 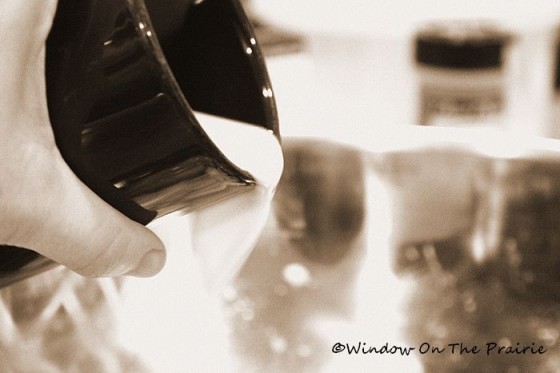 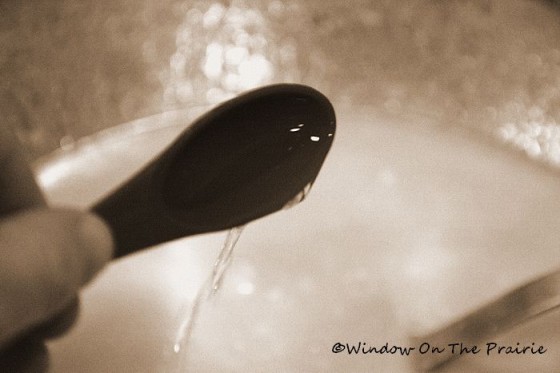 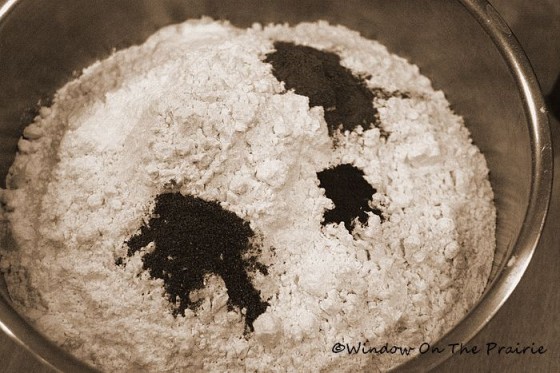 Then add the flour mixture to the wet mixture about one cup at a time mixing well in between.

Dough will be stiff. I used a wooden spoon and my country girl arm muscles. Pack dough into an airtight container, press plastic wrap on the top of the dough to keep out air, cover with a lid, and refrigerate at least one night, or longer.

To bake cookies, preheat oven to 350 degrees. Grease baking sheets. Remove dough from fridge, and cut into small workable sections. Roll out each section about the diameter of your finger and then cut into 1/2 inch pieces. 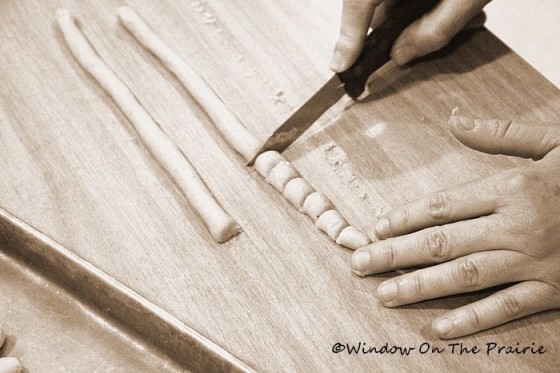 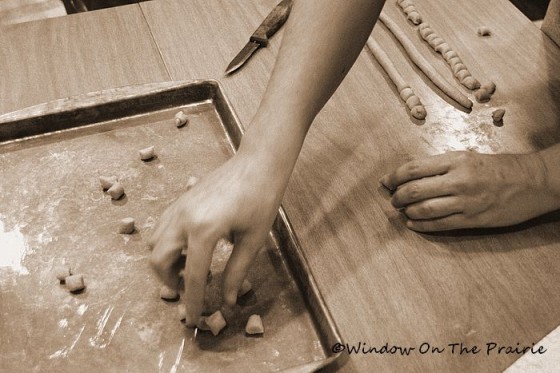 Place on cookie sheets leaving about 1/2 inch space between them. Bake at 350 degrees for 10 minutes or until a light golden brown. 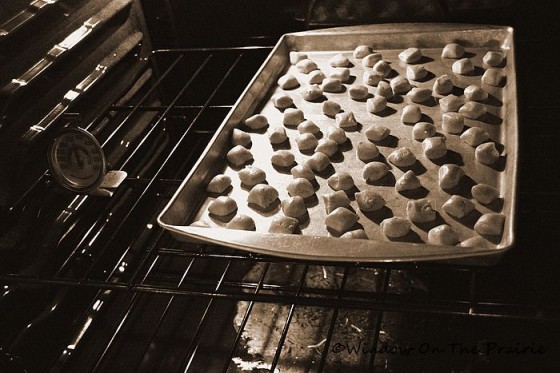 Remove from oven and allow to cool on sheets for a few minutes. 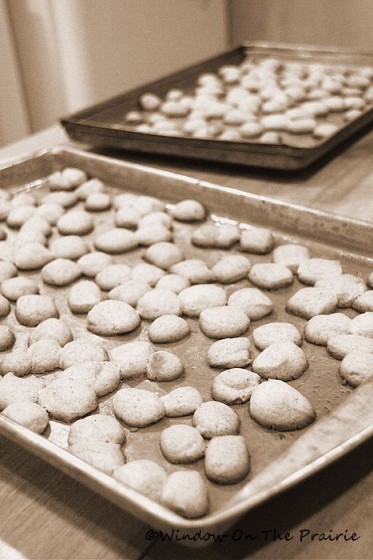 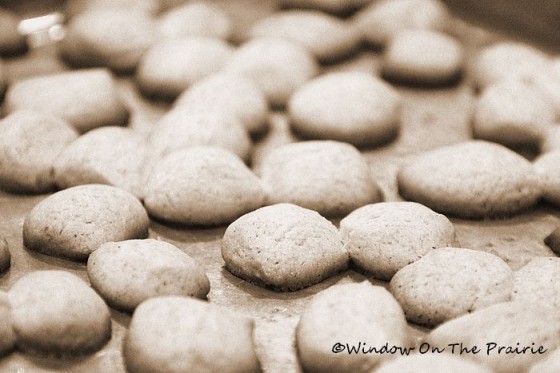 Remove cookies from pans with a spatula, and seal into airtight container.

Take heed: I started the baking process alone, then enlisted Harland to help. We were rolling, cutting and baking in both our regular oven and toaster oven as well. This is not a one person job, unless you have a lot of time on your hands. Get help: your spouse, boyfriend, kids, the mailman, the plumber, even your dog or cat if you can get them to help you. This is a production.

But that said, it is a lot of fun, and so worth it in the end. These little cookies are so delicious, and perfect with a cup or coffee or tea. And as everyone told me, they are addictive. It is physically impossible to eat just one, or two, three, 10, 15….HELP, get these away from me!

A big THANK YOU to Hollyce for sharing her Grandma’s recipe!
Pin It