Native Wildflowers And A Turtle 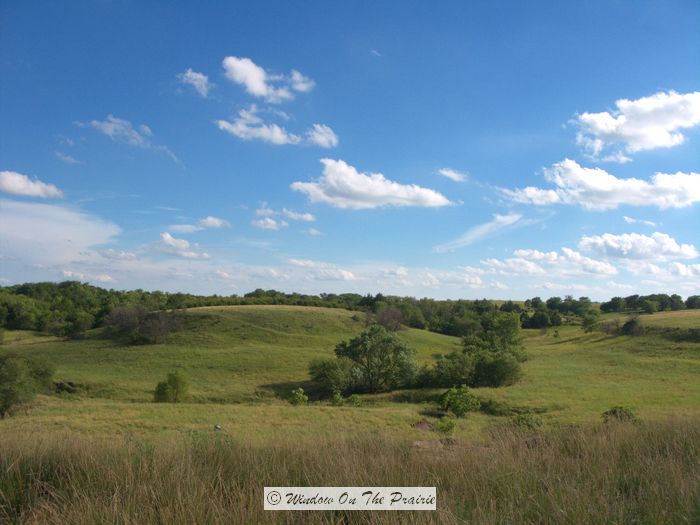 Yesterday afternoon, Harland and I paid a visit to the summer pasture to check on the cows. The cows and their calves, along with the bulls are all fine (post to come later). While there, I took some pics of the native wildflowers, and also found an adorable reptile who posed nicely for his picture. First, the flowers:

This is White Wild Indigo: 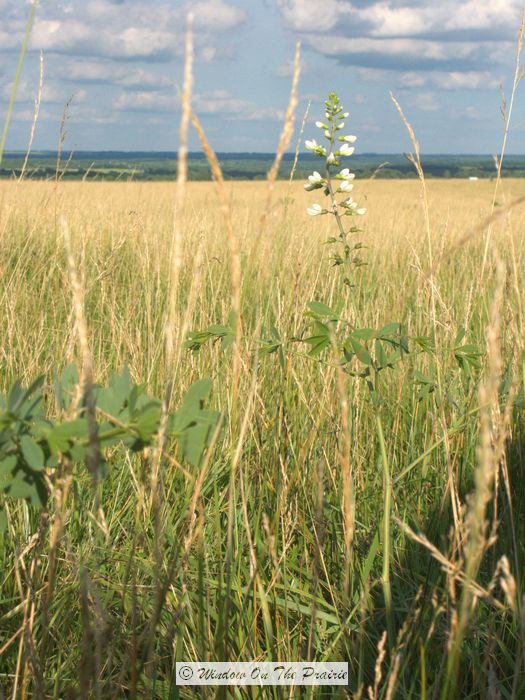 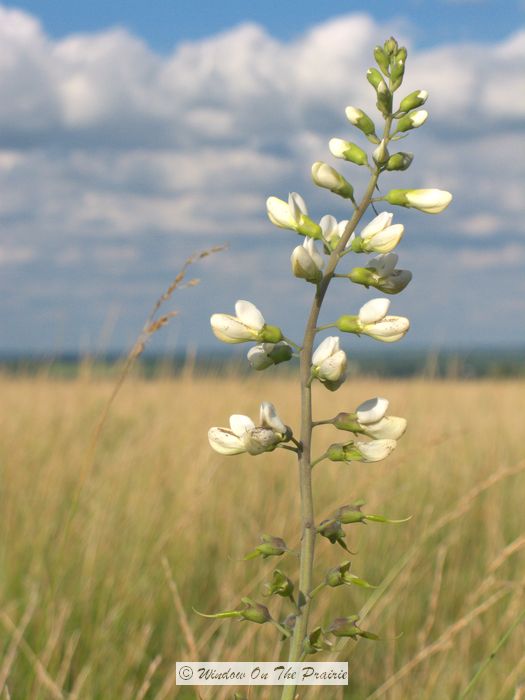 Indigo is a member of the bean family. The blue variety of Indigo was used as a dye by the Native Amercians, who in turn taught the early settlers about its dye properties. They also used Indigo for an eye-wash, a purgative, and for treating nausea.

This is a Wooly Verbena: 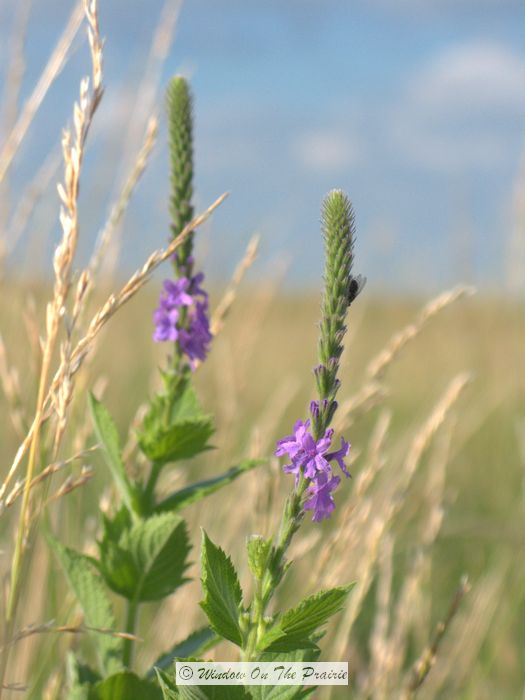 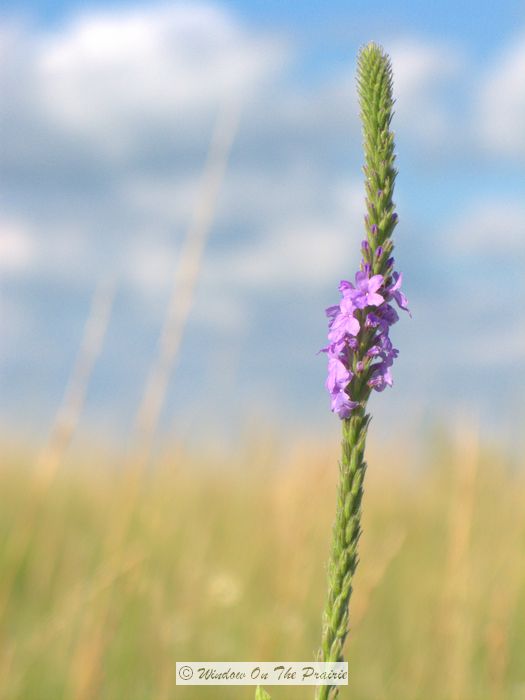 Plains Indians used the leaves of Wooly Verbena to make a tea for stomachaches. It is very drought resistant as its roots descend 12 feet.

This is American Germander: 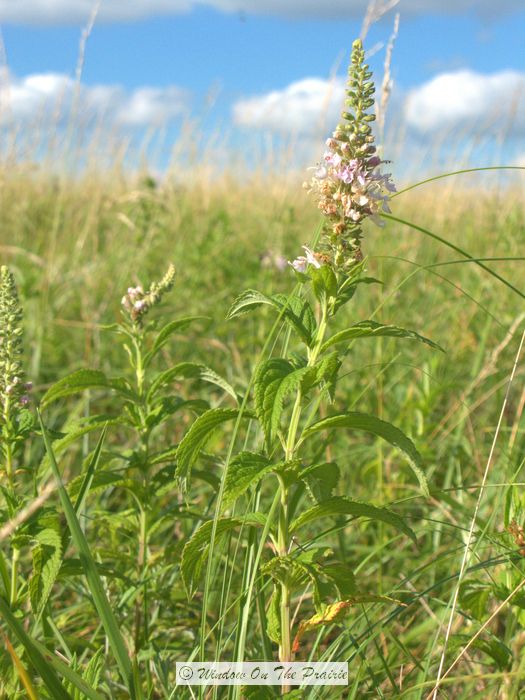 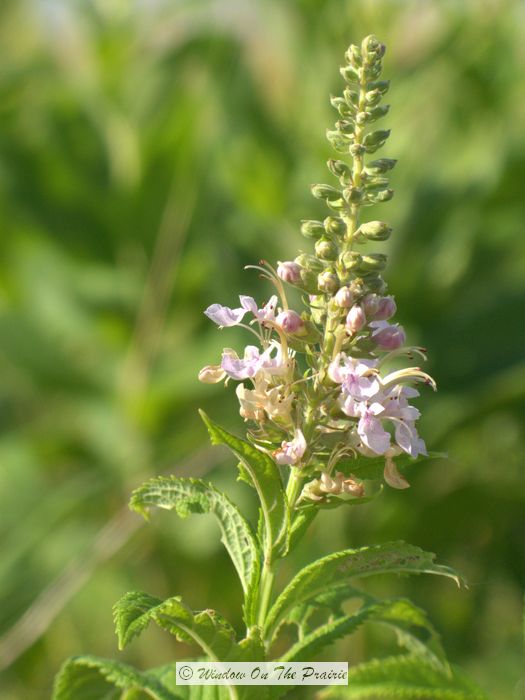 American Germander is a member of the mint family, so as we drove through the pasture we were surrounded by a minty smell.

This is Wild Bergamot, also known as Mint-Leaf Beebalm: 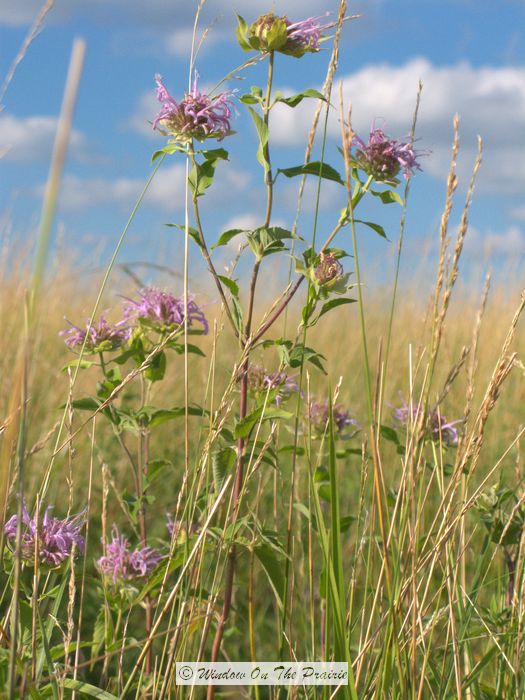 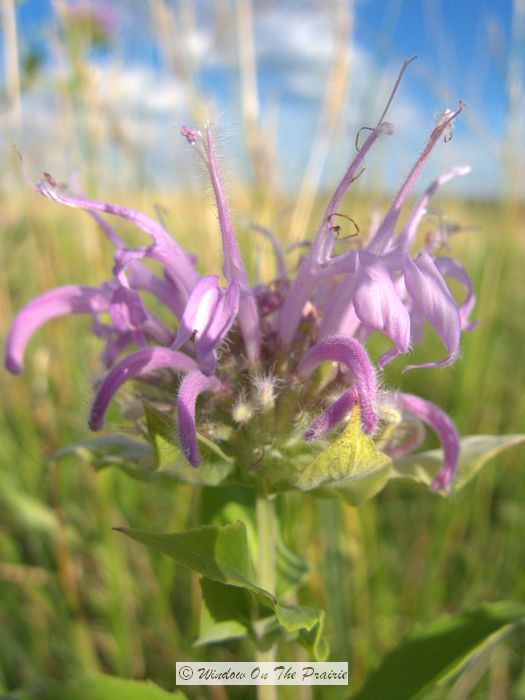 The flowers are especially attractive to bees, hence the name “beebalm”. Native Americans used it for the treatment of colds, fevers, stomach pains, respiratory problems, and acne.

Harland was driving the truck through the pasture and stopping when I pointed out a flower I wanted picture of, when he suddenly stopped on a dime and said, “You want to get a picture of him”.

“Him” was an Ornate Box Turtle, the Kansas state reptile. He was kinda shy. 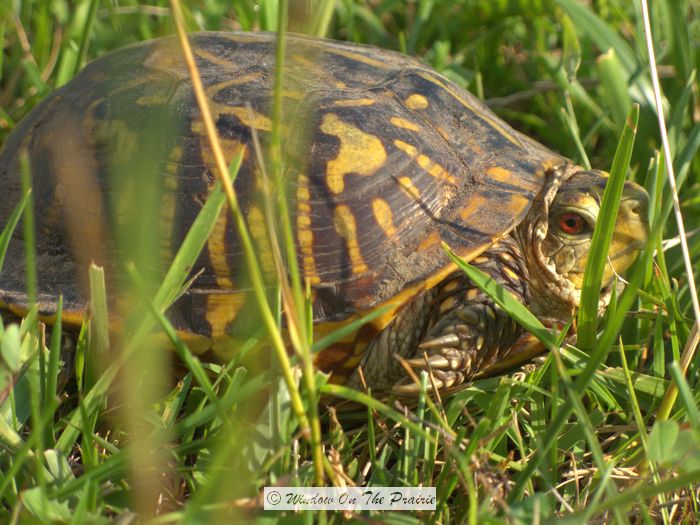 I loved his bright red eyes. Only the males have the red eyes. 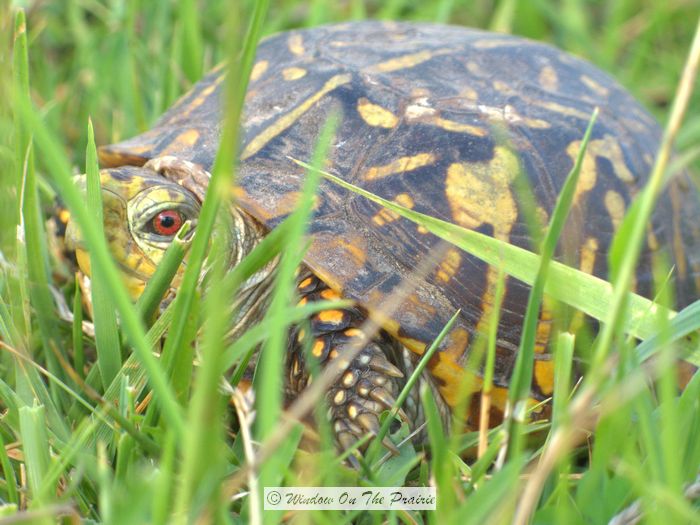 I finally was able to get a clear view of his face. He was cute in a reptilian way. 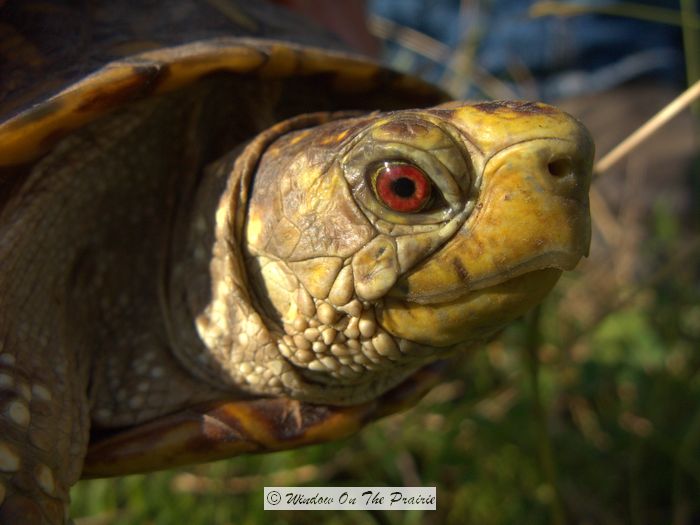 Ornate Box Turtles may spend their entire lives within just a few acres. They eat insects, spiders, worms and berries, and can live up to 30 years. In the fall, they dig a shallow burrow, and then hibernate until spring.

When he was done posing for his picture, he walked away, and got back to the serious business of looking for food.

After our visit with Mr. Box Turtle, we drove on to visit with the cows. I’ll have a post tomorrow about them including pics of the growing calves.