The other day I came around the corner near a grain bin, and saw this little fellow. 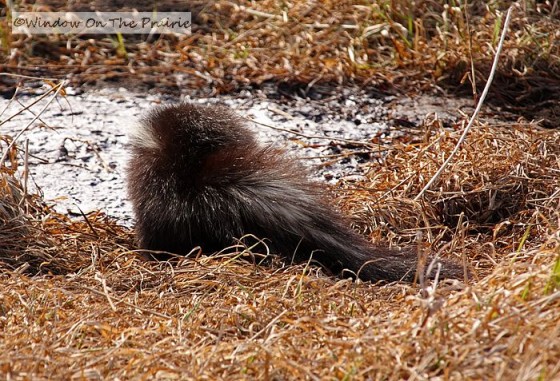 Even from behind, I recognized him. Just a couple weeks ago, he ran out in front of me while I was feeding grain to the calves, stopped within a foot of me, looked all around, got his bearings, and then headed off to the barn. 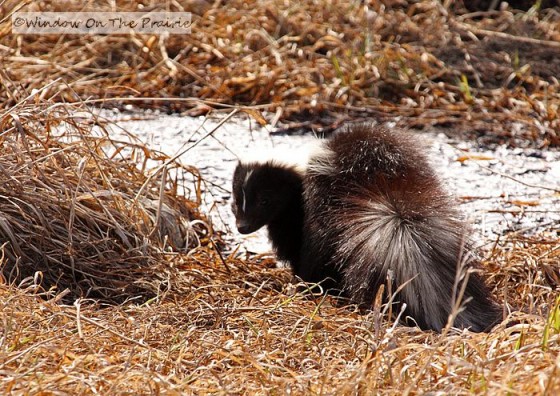 Yes, it’s a striped skunk. He lives in the barn up at the farm. If I was to run into a skunk in the wild, I would run for the hills, but here on the farm, they are just another resident. We see him from time to time. He’s used to us, and as long as we give him his space, he goes on about his business and we do the same. 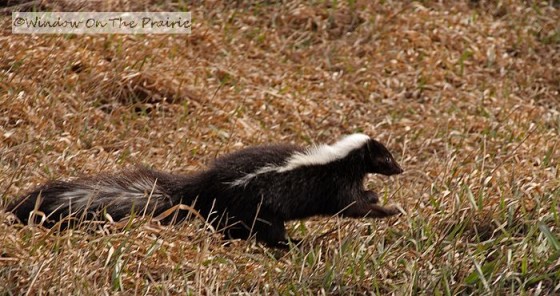 Skunks are normally docile, and would rather leave than fight. If provoked they will spray and are accurate up to 12 feet. 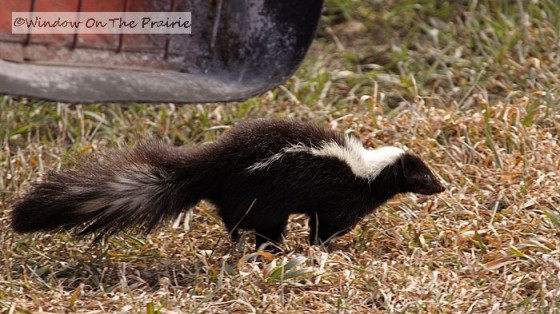 They can live up to 5 years in the wild. They eat insects, mice, rats, bird and turtle eggs, earthworms, frogs, crayfish, fruits, and grain crops. They also eat catfood, and I’ve seen them eating side by side with the barn cats, who must think of him as a strange looking cat. 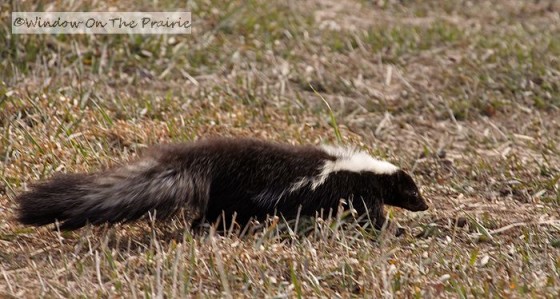 I used to think of skunks as just an animal that caused a big stink -a menace to country travelers.

Then one night a couple years ago, I went out on a short errand. I stopped at a crossroads and noticed several baby skunks dead in the road, obviously the victim of a vehicle passing through. I didn’t see their mom anywhere though. About 10 minutes later, I was headed back home, and stopped at the same crossing. This time though, the mother was there, and I watched as she carefully picked up one of her dead young in her mouth like a cat does with kittens, carried it to the edge of the road out of harms way, and then returned to collect the next one. She did this repeatedly until all her kids were off the road. I felt so bad for her. It was one of the saddest things I’d ever seen, watching her struggle to pick up each of her half grown young and carry them to the edge of the roadway. Whether she understood they were dead or not, she was still trying to do her best to take care of them.

Since then I have a new appreciation for the skunk. 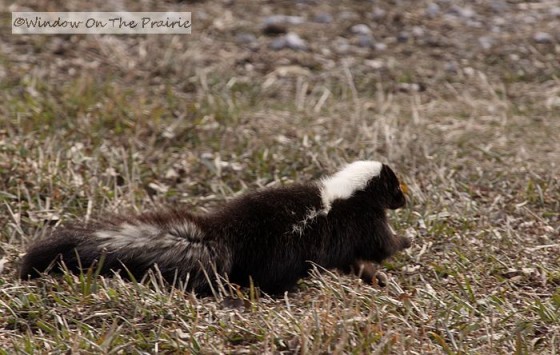 And now I really like them – from a distance. 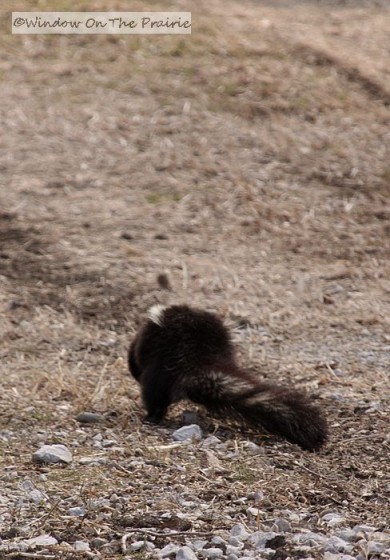