About a week ago, I hatched a grand plan to make wild plum jelly, take pictures of the process, and share it will all of you. A “country girl living off the land” kinda thing. I felt so rustic as Harland and I picked the plums from the trees we found on the edge of our cornfield. I lovingly spread them out on newspapers on the floor of our spare bedroom to ripen. I had to keep Kitty out of the room all week because she wanted to play with them. As they ripened, I put them in containers and slapped them in the fridge to keep them fresh. Yesterday was the big day. I bought cute little half pint jelly jars, cheesecloth, sugar, and pectin. I’ve made jelly before, I can do this. Found a recipe online specifically for wild plums, and followed it to a T. I washed the plums, and put them in a big stockpot. 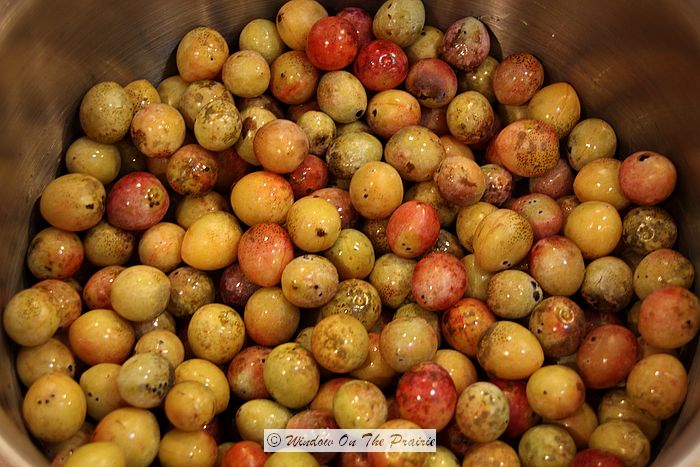 They looked a little rough, but hey, they’ve never been sprayed for bugs and such. And they’re only about the size of marbles, but this is the wild, and we’re getting into it with our jelly making! So I added water to the plums per the recipe directions, and brought it to a boil. 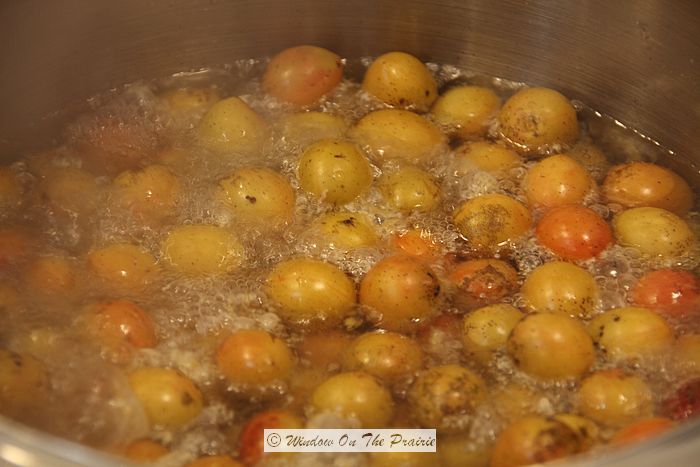 Boiled it for 15 minutes per the directions, and them mashed the plums with a potato masher. 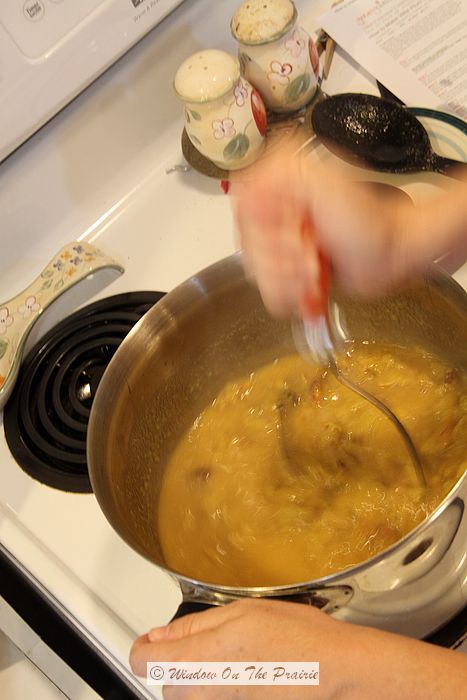 Kitty helped, as she always does. 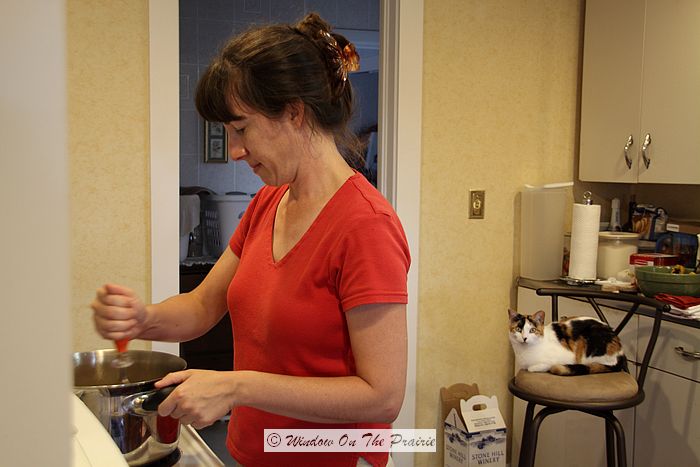 See that box on the floor near Kitty? It has 2 bottles of wine in it. If I’d known what the afternoon was to bring, I would have been drinking one of those bottles.

Once mashed, I poured the mixture into a tea towel in a colander, and placed the colander over a pot to collect the plum juice that would later be used to make the jelly. 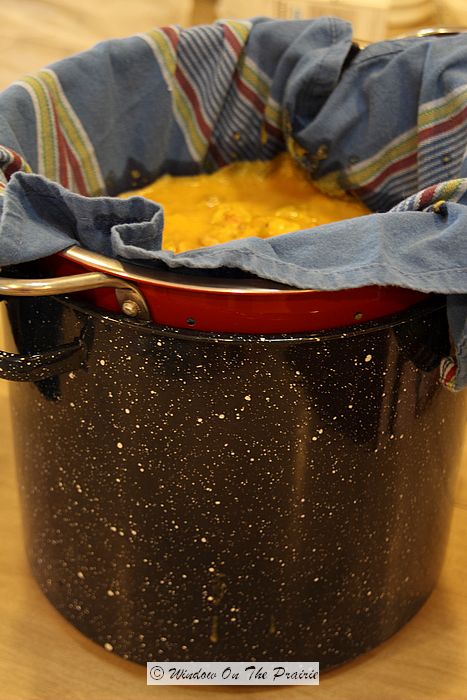 It was at this point that doubt began to creep in. 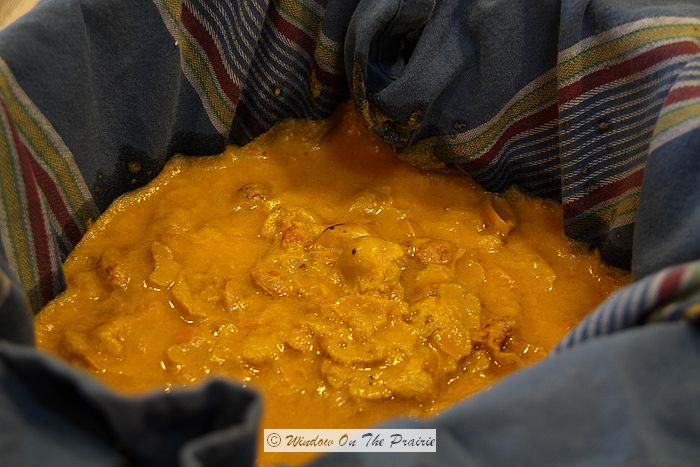 The plum mash looked kinda gross. In fact it looked like, well, um….   I called Harland into the kitchen, and asked for his opinion.

“Looks like throw-up”, he said. Harland never beats around the bush.

Cups and cups of clear lovely pink plum juice was supposed to drain out of this slop into the pot below. I waited for several hours, and in the end all I got was about a cup of cloudy grey fluid. Not anywhere near enough to make jelly, and gross looking anyway.

I went into the office where Harland was working on the computer, and flopped into the chair with the loudest sigh I could come up with. He continued to work, and didn’t seem to notice. And so I announced, “Well, the wild plum jelly making thing is a complete failure.”

“Well, do you want to get more plums and try again?”

“No”, I replied. “I’m going to buy some big plums from the store, and try again with those.

I threw the slop away, and looked with dismay at my kitchen full of dirty dishes. I sulked around for the rest of the evening. Don’t know what went wrong. But my guess is that the plums didn’t have enough juice in them due to this summer’s drought. So much for my living on the wild side experiment.