Yesterday afternoon it began to snow. They were small flakes, but it snowed steadily throughout the afternoon. I came home from work, and then drove around for a while taking pictures until it was too dark ( and I was too cold, brrr). 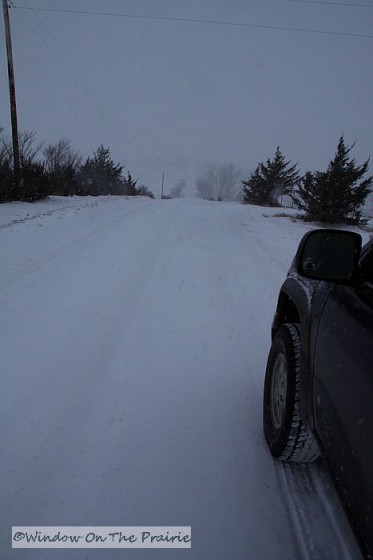 Had the roads pretty much to myself except for the occasional farmer out driving around. 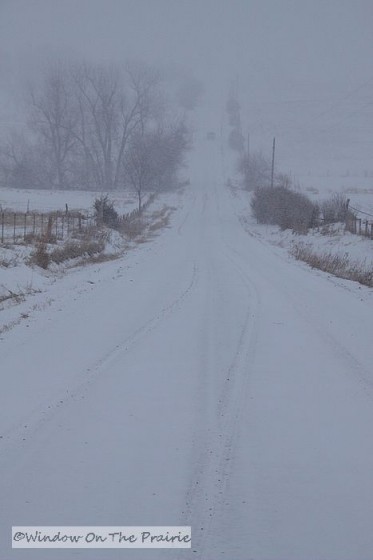 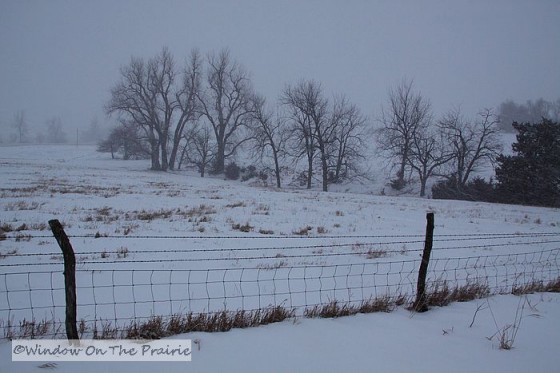 and their dark outlines in the snow.

The native grasses in this field show dark brown against the white. 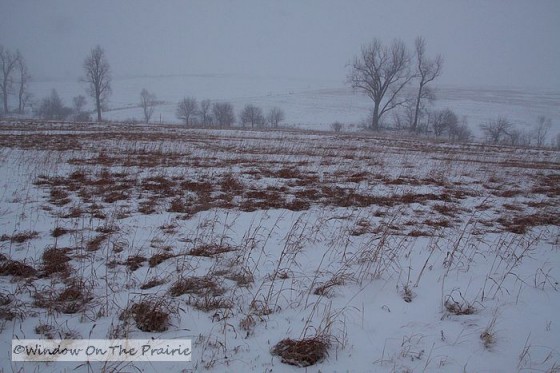 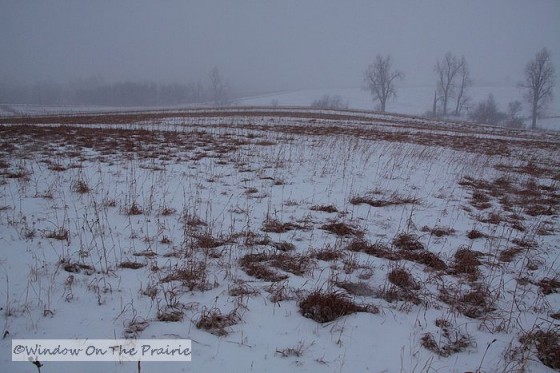 When I stopped by a neighbor’s pasture, the cows looked at the odd stranger,

and decided that she might have brought hay or grain. So they came over for a closer look. (Of course they have hay, but it never hurts to ask for more when you’re  cow.) 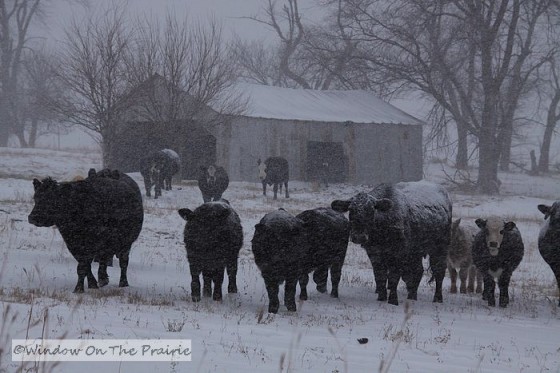 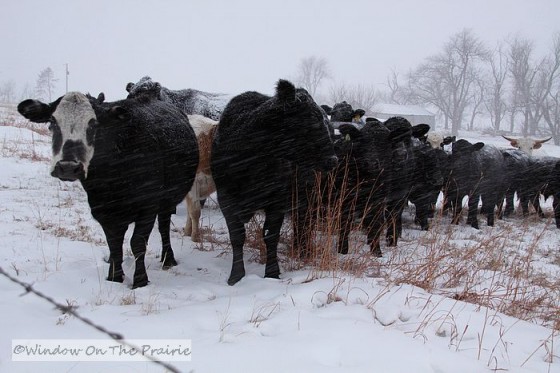 Since the girls are getting up close and personal, now’s a good time to point out how well-insulated their winter coats are. The snow builds up on their backs, but doesn’t melt, which shows just how little heat is escaping from their fur. 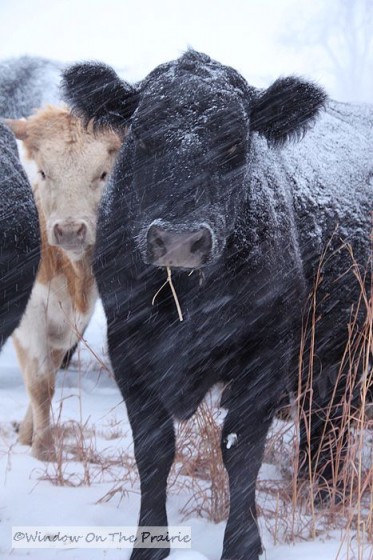 Same deal with another neighbor’s horses up the road. They too have snug winter coats. 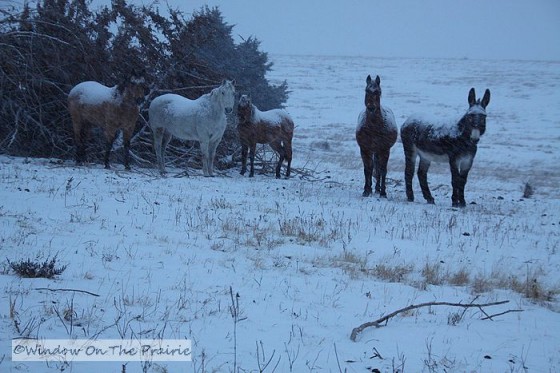 The donkey is my favorite.

Animals are pretty pragmatic about bad weather. They just turn their backsides to the wind, and wait it out. 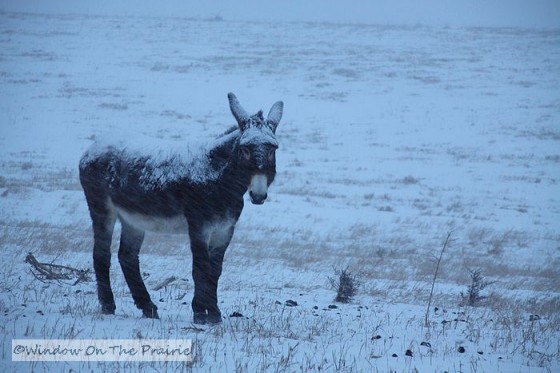 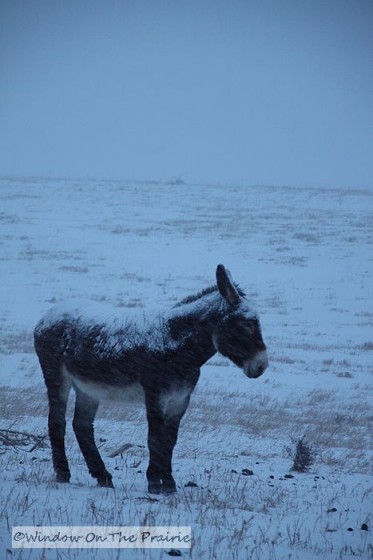 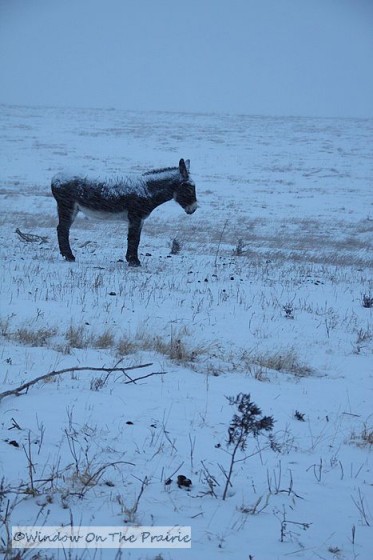 “Are you done taking pictures now? I’m not going to hold this pose forever you know.” 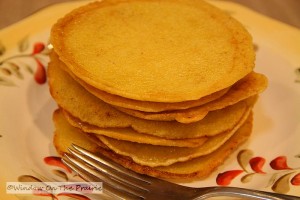