After the camera trap had been looking over the hole for a week, Harland and I went back to see what we caught. There were a lot of blank images where no creature was present. Probably the wind blowing the grass tripped it off. 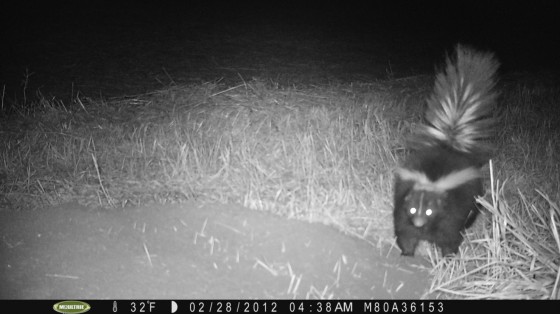 a skunk nosing around in the dirt that was pushed out of the hole. 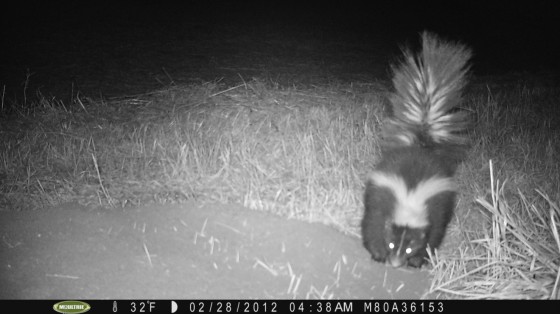 An exciting find, but not quite what we were expecting as the hole opening was much larger than this skunk.  So we continued to scroll through the images, and finally……, 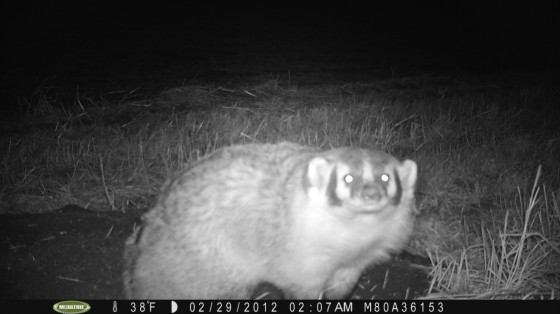 exactly what we were hoping for. They are nocturnal so we hardly ever see them, but we see their holes everywhere – at the edge of fields and alongside road ditches. Growing up in Missouri, I never saw badgers or their holes. The soil there is mostly clay, and badgers like loamy soil like we have here in northeast Kansas.

Hmm…we have lots of coyotes, I’ll bet they work together a lot here.

Anywho, now that we know Mr/Ms Badger is in residence, we are hoping to catch him/her on video.