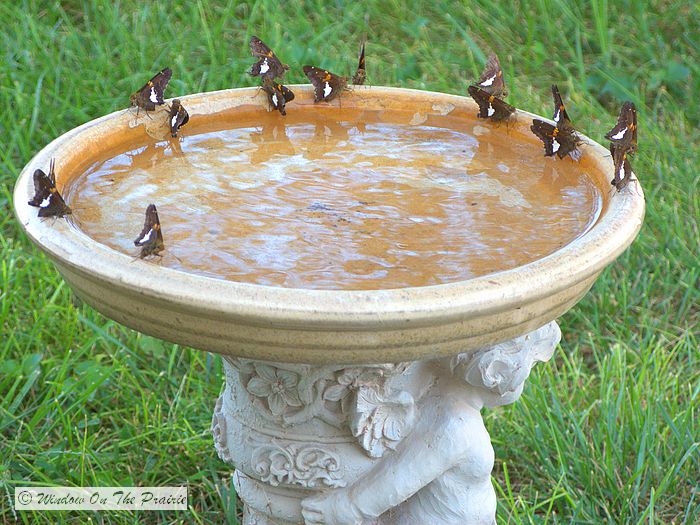 Yesterday I noticed there was some sort of convention going on at the birdbath. When I moved in for a closer look, I saw that it was  group of butterflies called Silver Spotted Skippers. At first I thought they must be there to get a drink, but most of them were facing away from the water. 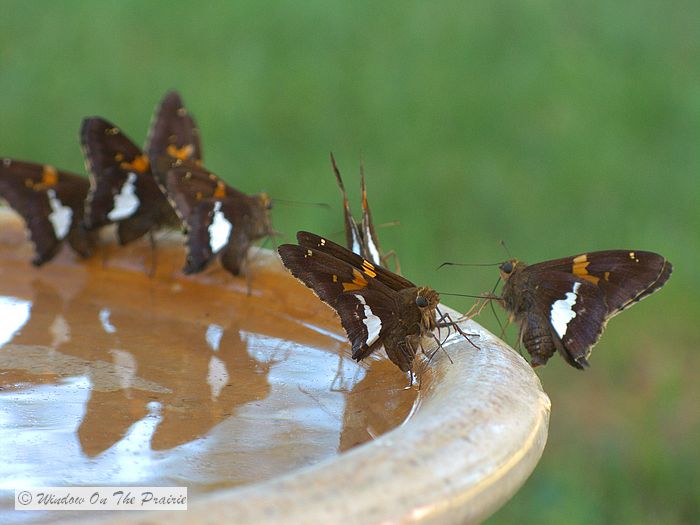 Occasionally they would dip their little backsides into the water. I was completely baffled.  After I watched for a while though, I realized that they were getting a drink by extending their proboscis (mouth part) down underneath and behind themselves into the water. 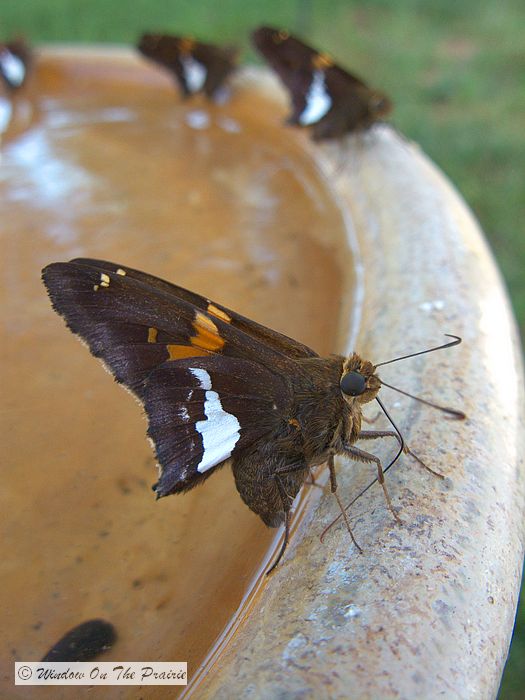 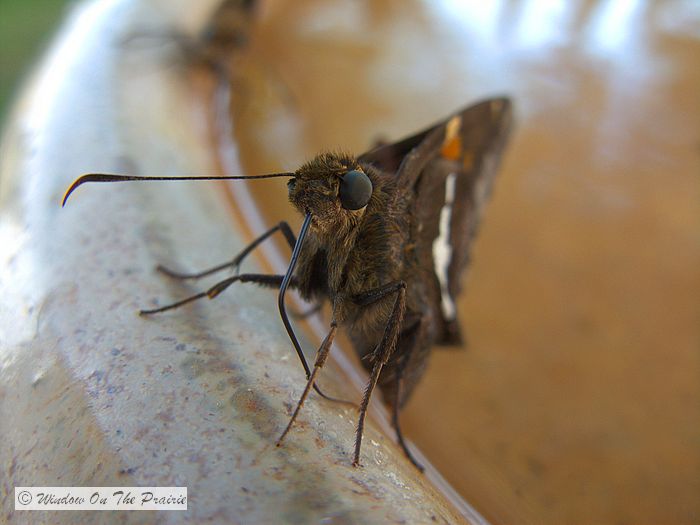 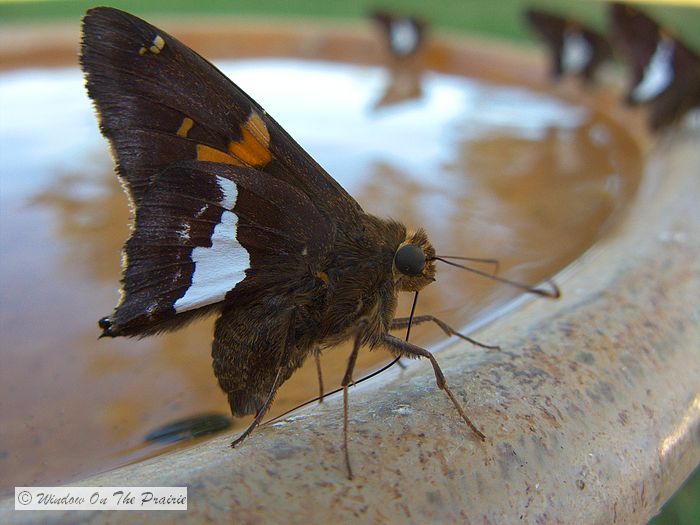 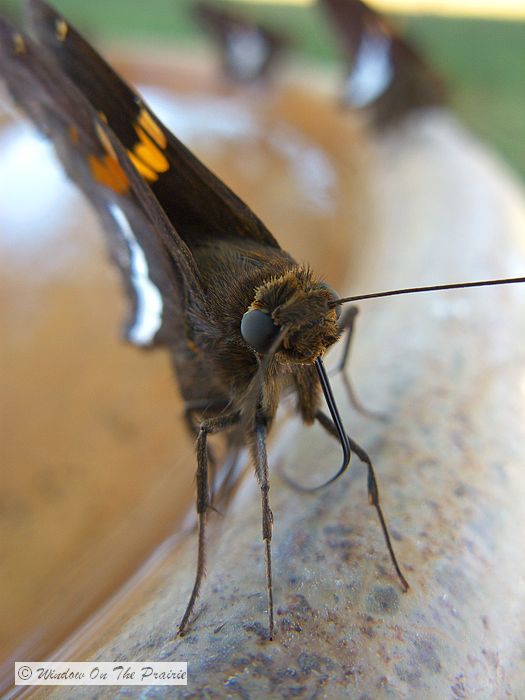 Seems like it would be easier to do this while facing the water, but who am I to tell a butterfly what to do.

And by the looks on their faces, they wouldn’t appreciate the advice anyway. 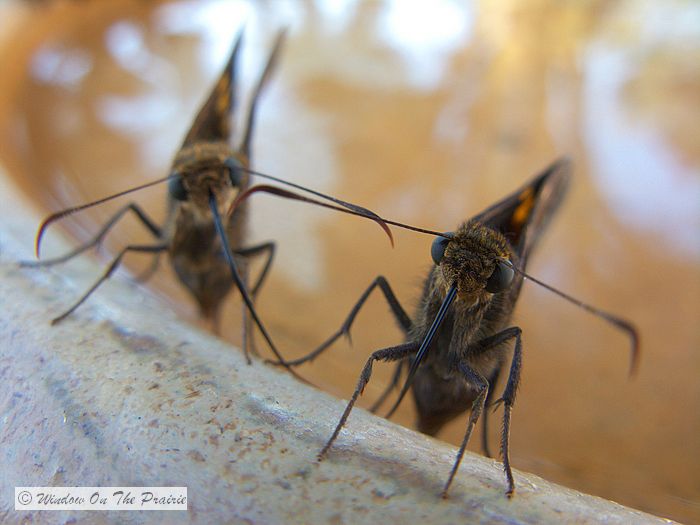