Late last week, Harland formed up the mystery hole beneath the foundation and then filled with concrete. 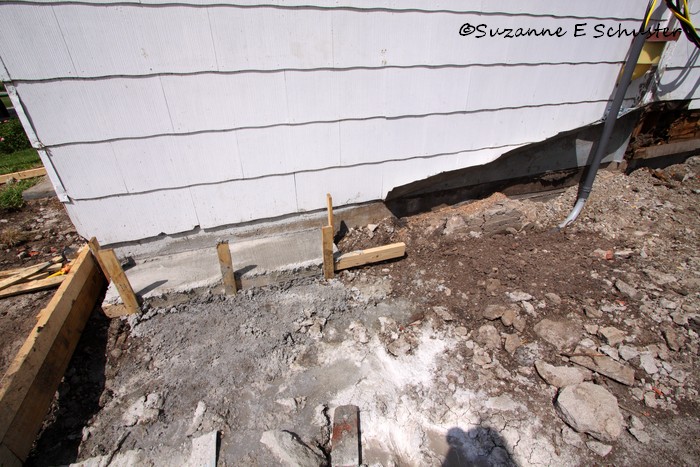 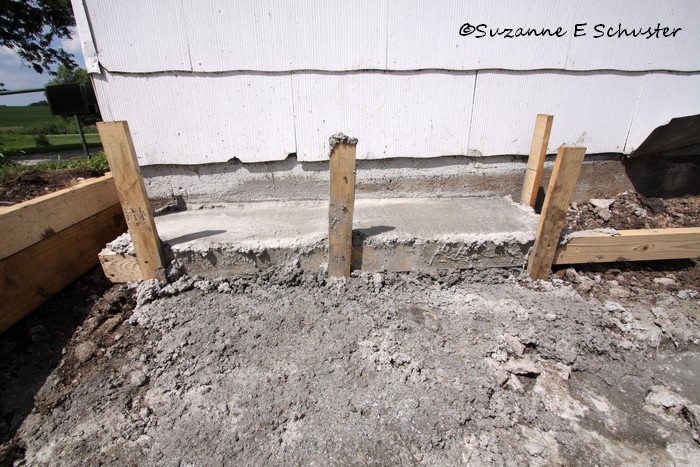 A few days later he pulled away the forms.

Then he finished the patio and sidewalk forms, brought in some gravel for both, and then built a re-bar gridwork, also known as reinforcing rod or re-rod. 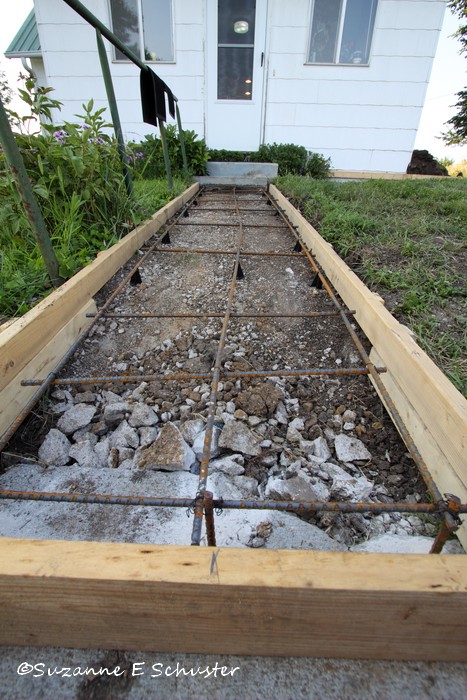 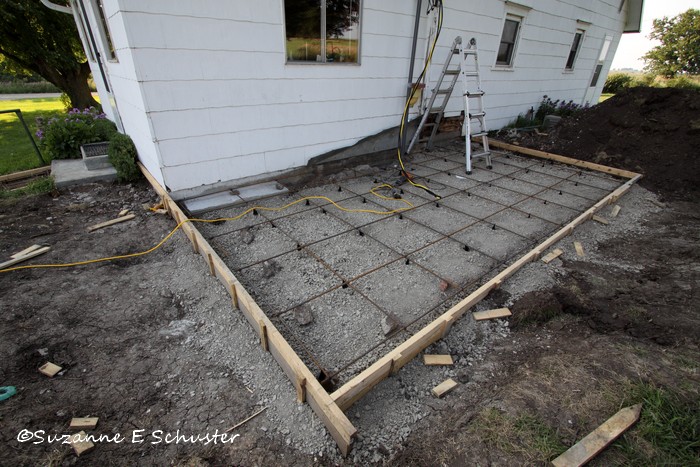 Meanwhile, last night I came home to this: 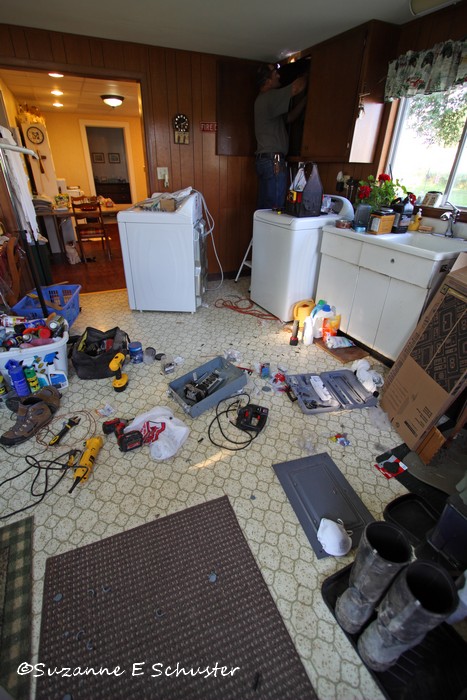 Harland had been wearing his electrician hat all day replacing the circuit box with a new one. 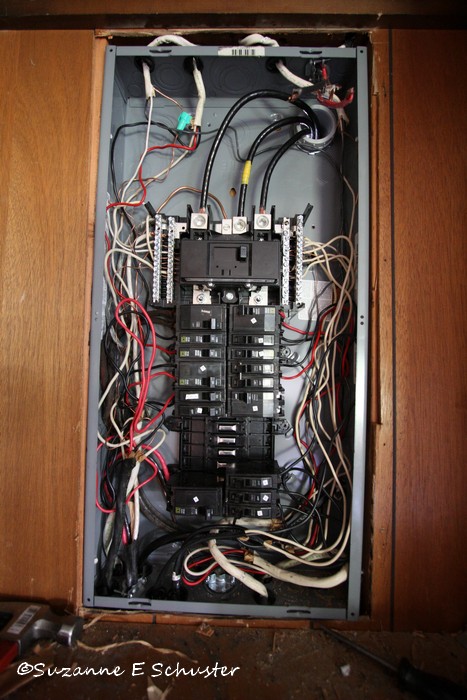 He figured as long as he had buried the electric line outside and had to connect it to the box, he might as well put in a new box. And good thing too as the old one had a place where the electricity had been arc-ing which is kinda dangerous. 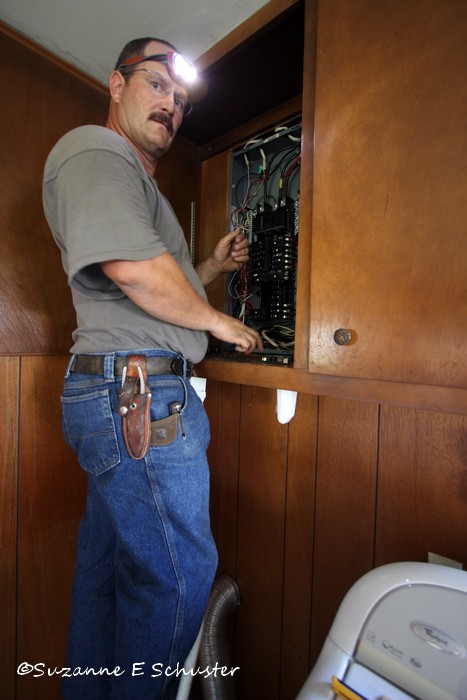 He had a hard time installing the new box. It was bigger than the old box and barely fit in the space, and the wires entered the box in different places than the old.

He said, “This is why it’s hard to get an electrician to do re-model work. If this was new house construction, I would have been done long before now.”

Since the electricity had been off since noon, that meant no air conditioning and the windows were open. It was hot and kinda miserable for Harland.

But Kitty had possibly one of the best days of her life. 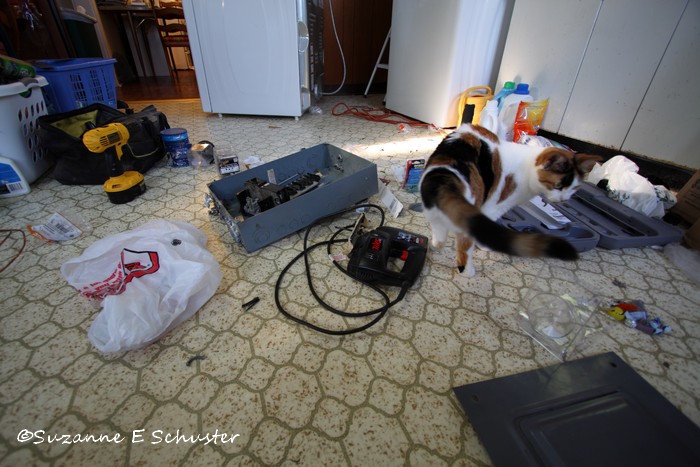 A woderfully hot house and open windows perfect for sitting and watching the outside world. AND – a bonus:  When Harland moved the drier out of the way to access the circuit box, he discovered a bunch of her toys that had “escaped” from her and were “hiding” under the drier:  A toy mouse, 2 binder clips, several wads of aluminum foil, and a little ball. Harland said it looked like a “lost & found” for Kitty.

Anywho, as I put away some groceries, Harland finished up and got the power back on.

Ahhh….I closed the windows and enjoyed the air conditioning. Poor Kitty. But she did have fun playing with her long lost toys all evening.

Hopefully today or tomorrow, Harland’s brother will come over to help him pour concrete for the patio and sidewalk.