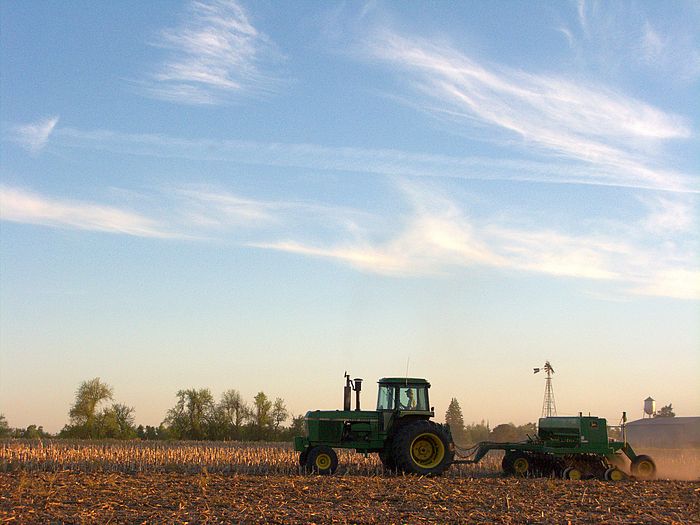 Yesterday, after planting soybeans for a week, Harland finished. I’ll show you all about planting, but first a few factoids about the humble soybean:

Wednesday evening, I caught up with Harland while he was planting.  He had stopped to fill the seed box on the grain drill with seed. 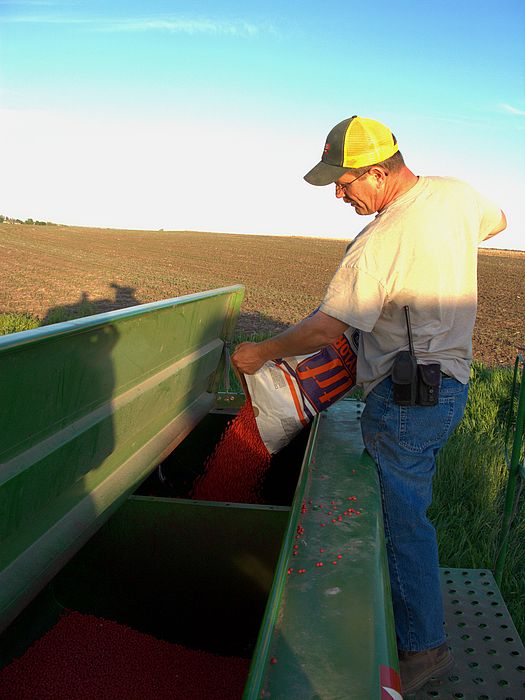 The grain drill is pulled behind the tractor and does the actual planting.  Here’s a close up of the soybean seed. 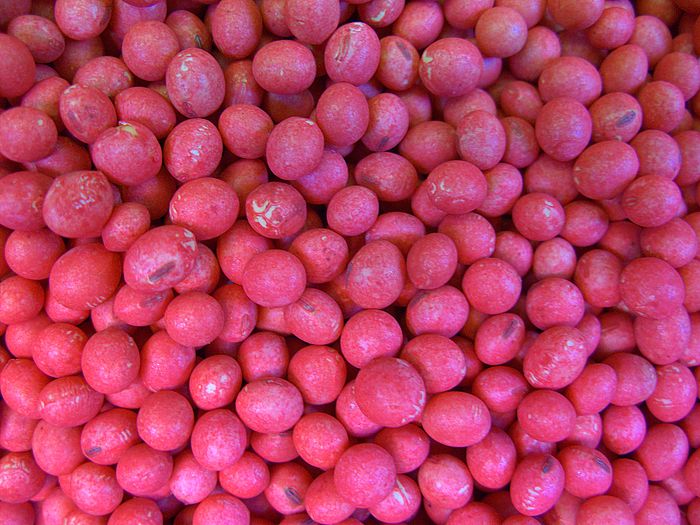 The soybean’s natural color is a light tan. Seed for planting is red though because it has been treated with a fungicide(fungus preventative), and pesticide(bug preventative).

Here’s a picture of the grain drill. 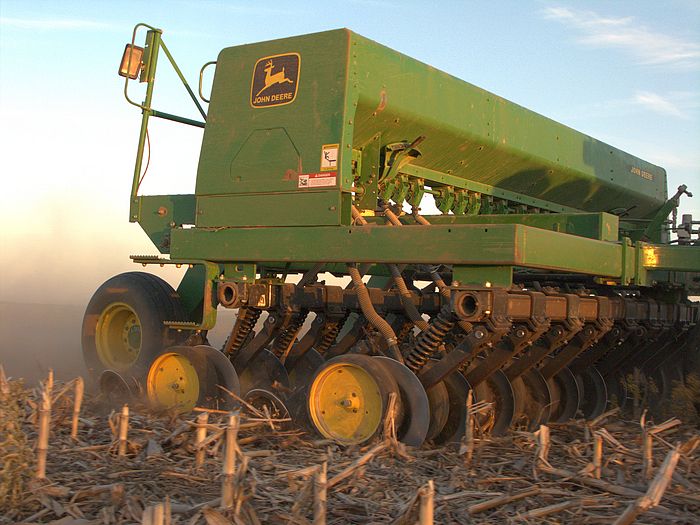 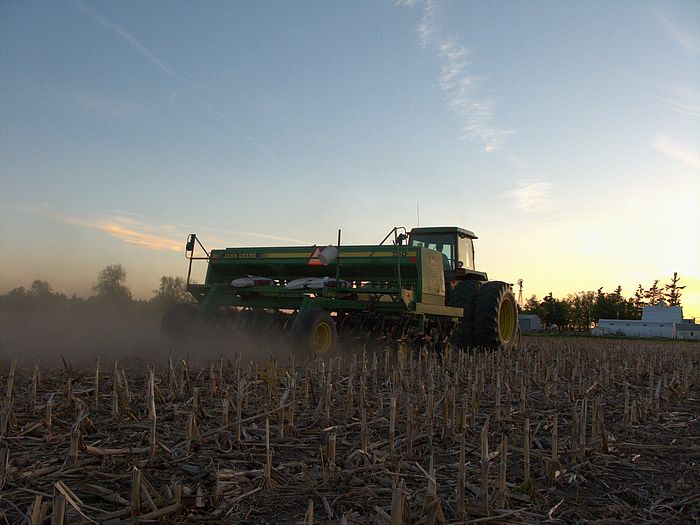 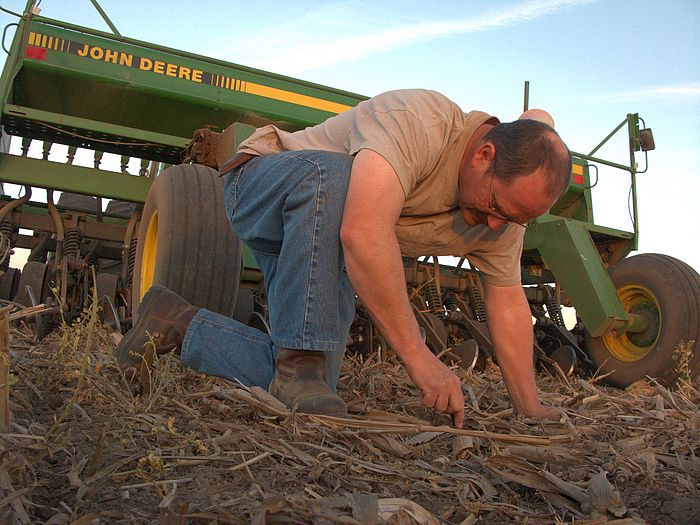 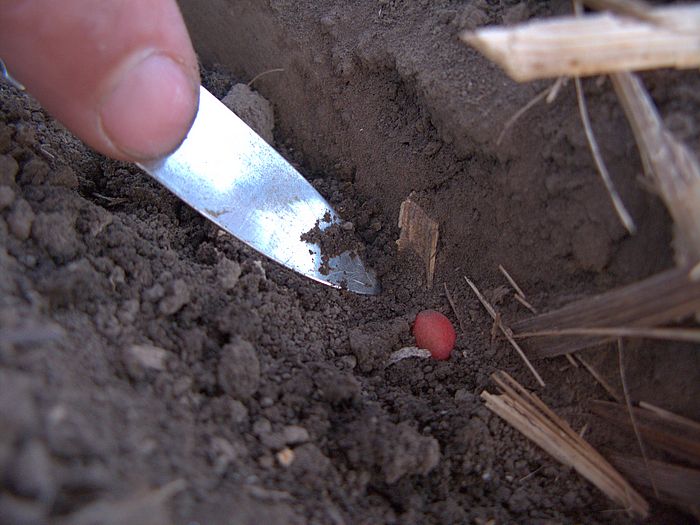 Harland can adjust the seed depth accordingly on the drill if it isn’t right.

He had been planting all day, and would continue that evening until about 9pm… 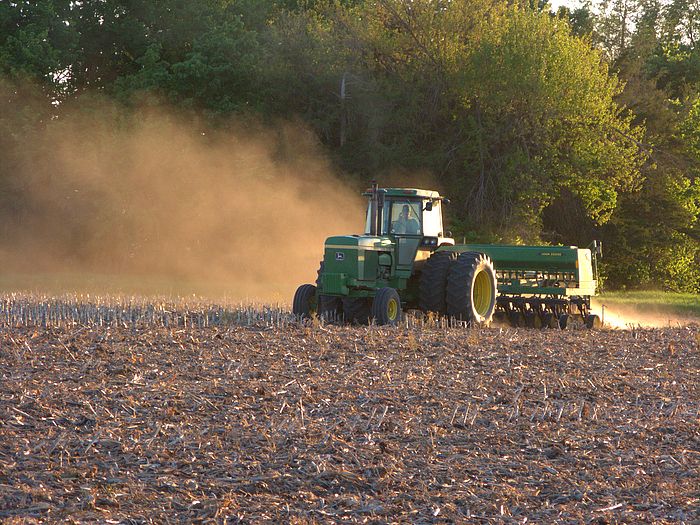 back and forth across the field… 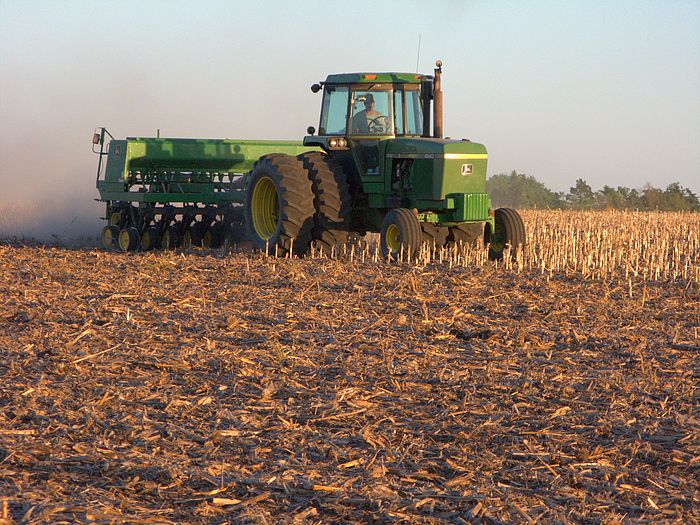 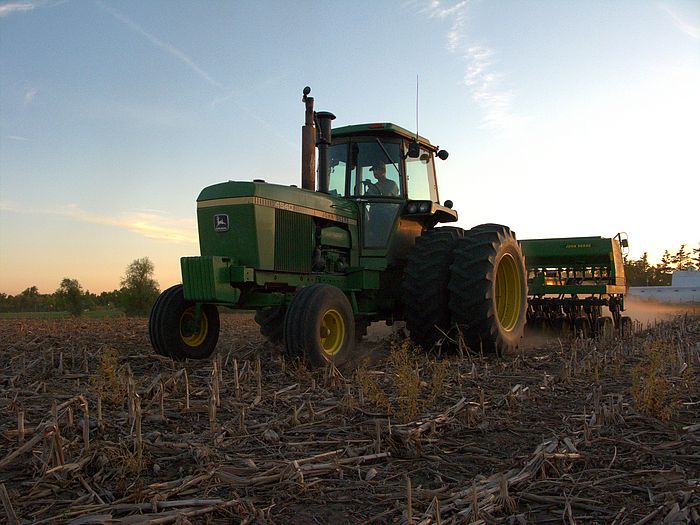 This is the last crop he will plant this spring, so Harland can stop putting in those bone-jarring 12 hour days on the tractor… for a while. 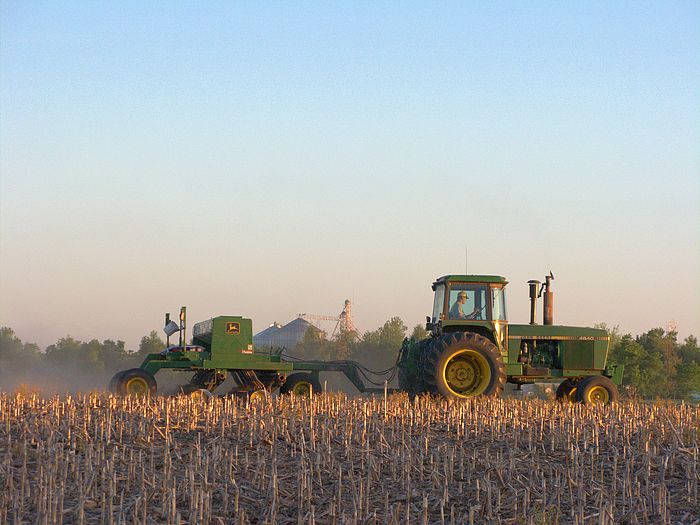 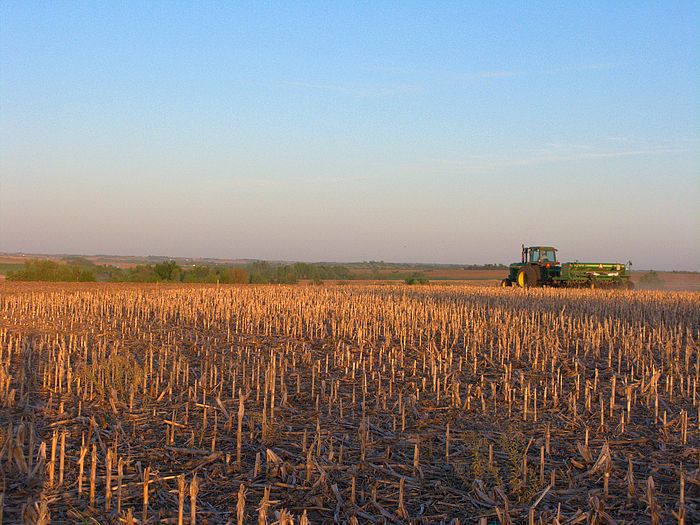 Next month the hay will need to be cut and baled.