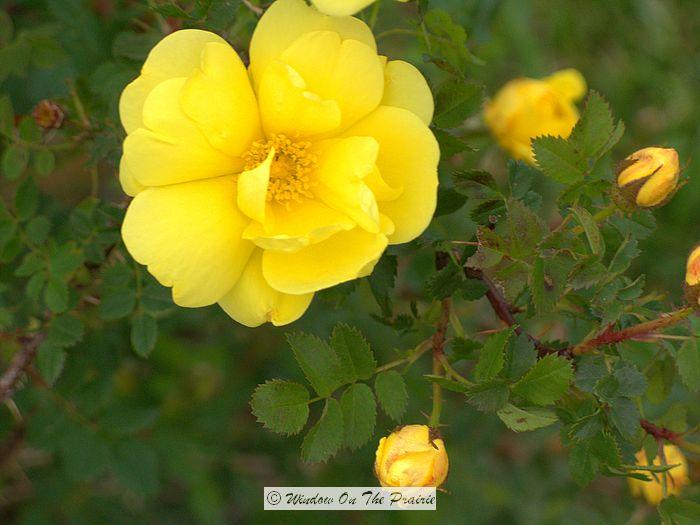 When I was growing up, there was a yellow rosebush on a neighboring farmstead that bloomed for a few weeks every spring. The farm was no longer occupied, the house dozed in, and the old barn was all that remained to show that people had once lived there. My mom took some cuttings from the bush, which eventually resulted in a blooming fragrant hedge in our yard. Last year, I decided I wanted to have that same rose. After doing some research on what variety it may be, I found out that it is called Harison’s Yellow Rose. 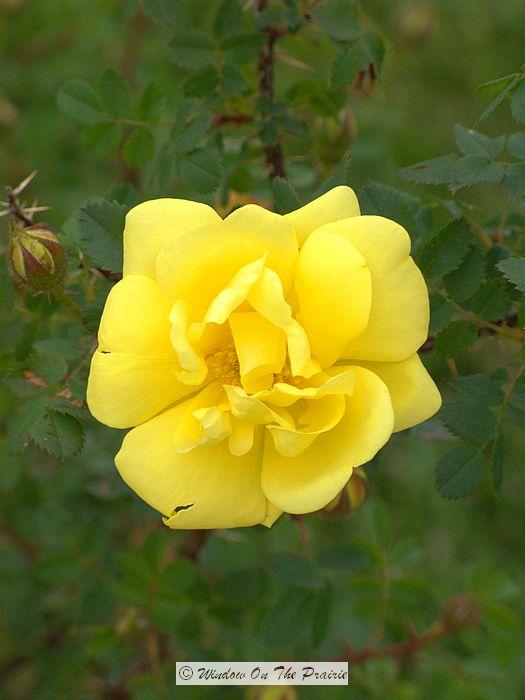 In 1824, George Folliott Harison, a New York lawyer and amateur rose hybridizer, crossed 2 rose varieties. The resulting hybrid was named Rosa x. arisonii, or Harison’s Yellow Rose.  In the 1830s, a nurseryman took cuttings and marketed the rose.  It was renowned at the time for its vigor, hardiness, resilience and resistance to disease. And with a yellow color rare in old rose varieties, it caught on quickly. It is also known as the Oregon Trail Rose due to the fact that it was often carried west by the American pioneers and now is naturalized in western North America. It is also thought to be the rose of “Yellow Rose Of Texas” song fame. 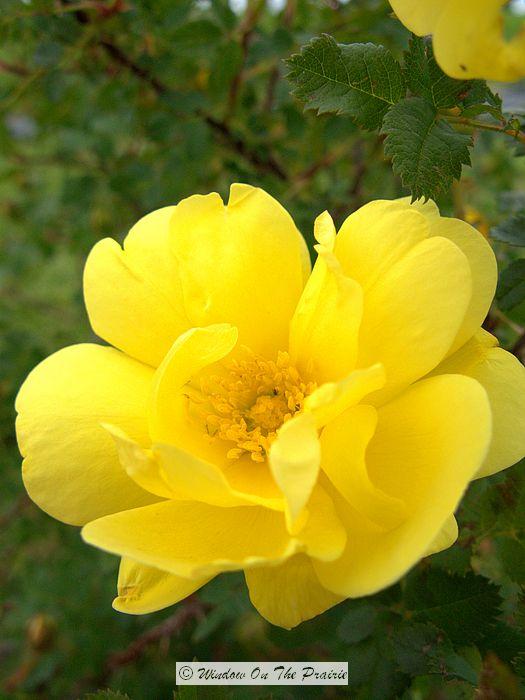 So I bought a bush from a mail order catalog, and planted the thorny 8 inch bare stem with roots when it arrived. Since last spring, it has grown into a 3ft. tall bush, and is now covered in blooms. 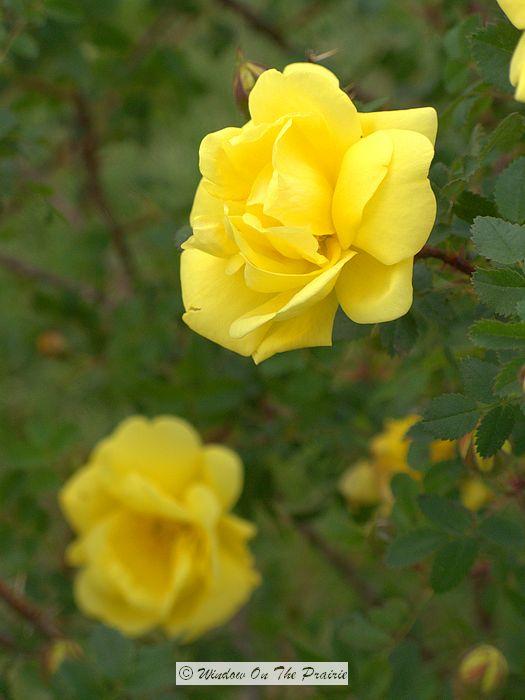 I’m so pleased with its growth rate and the fact that it is blooming the first year. Harison’s Rose only blooms a few weeks each spring, but what it lacks in bloom time, it makes up for in a profusion of lovely scented blooms. 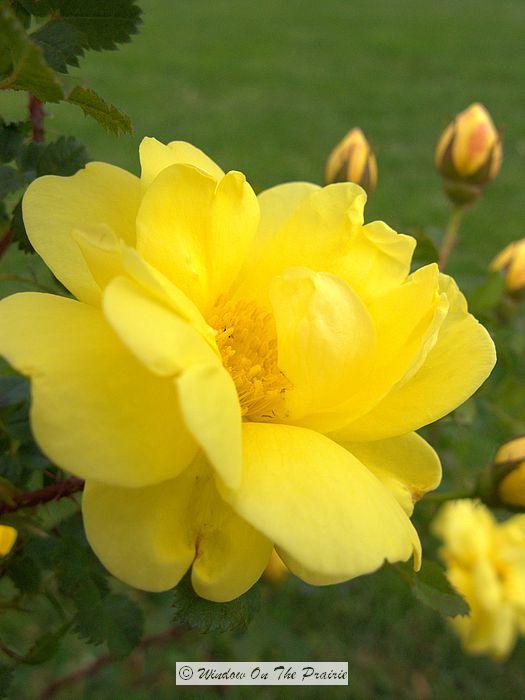