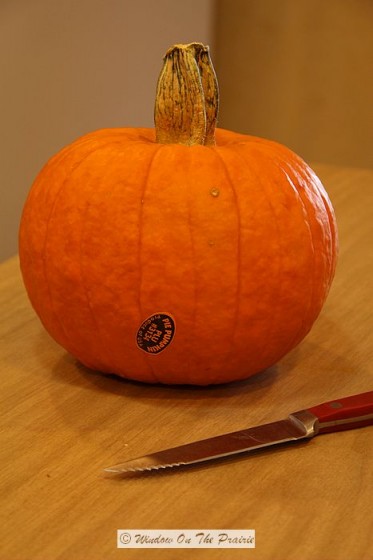 For about a year, there’s been a canned pumpkin shortage due to a poor pumpkin harvest last fall. I spoke to my sister about a month ago, and she was wailing and gnashing her teeth because she was not going to be able to have pumpkin pie this year on Thanksgiving. The shortage has since ended, so there’s plenty of canned pumpkin back in the stores. But in the meantime, I got to thinking: Why not make a pie using real pumpkin? This time of year there are pumpkins everywhere you look, so why go into panic mode if it’s not available in a can? So I did some research, figured out how to cook and prepare the pumpkin for pies, and found it was so easy I wondered why I hadn’t done it before.

“For pottage and puddings and custard and pies,
Our pumpkins and parsnip are common supplies:
We have pumpkins at morning and pumpkins at noon,
If it were not for pumpkins, we should be undoon”

So here’s how to make a pie using a real pumpkin. First, get a pumpkin specifically for baking. The large pumpkins for carving are a different kind of pumpkin: tougher and have less flavor. I found so-called “pie pumpkins” at our local Wal-Mart. 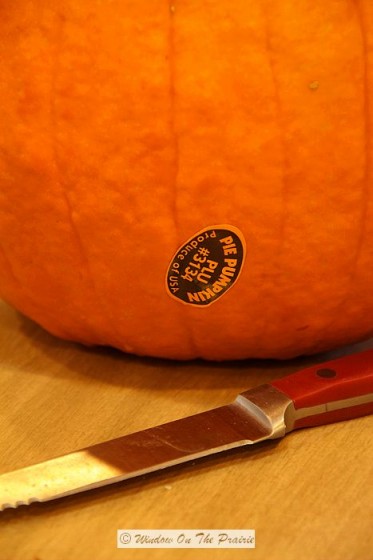 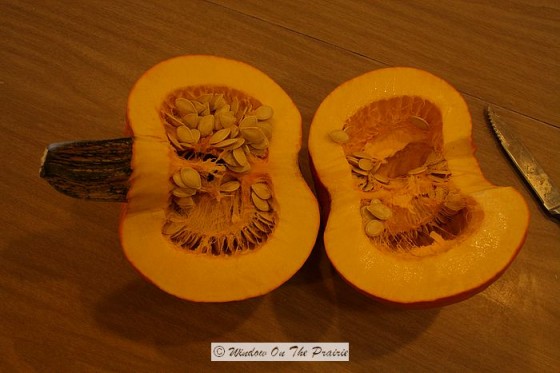 Remove the seeds and dark orange stringy stuff. I found an ice cream scoop works best for this. 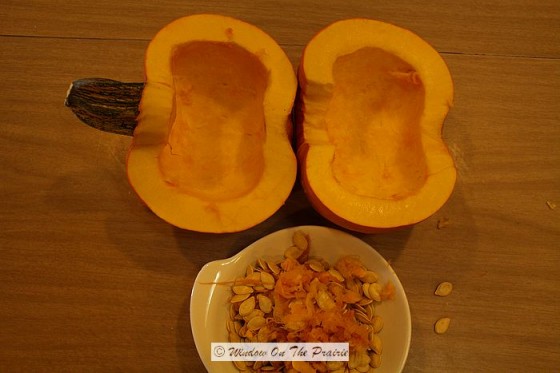 Cut off the stem. Now you’re ready to cook the pumpkin. You can cook it on the stove, in the microwave, or in the oven. I chose the microwave. Put the pumpkin in a microwave safe dish with a couple inches water. I had to cut one of the halves again to make it all fit. 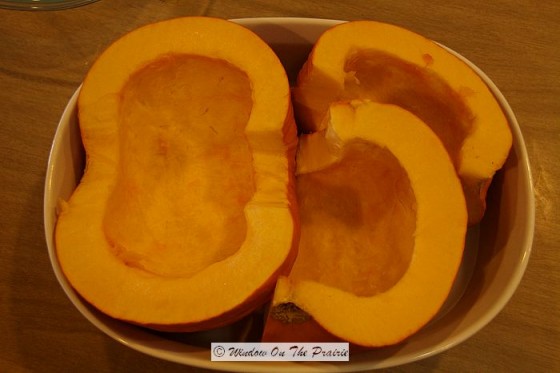 Cover, and cook 10-15 minutes, or until the pumpkin is soft and can be easily removed from the rind. 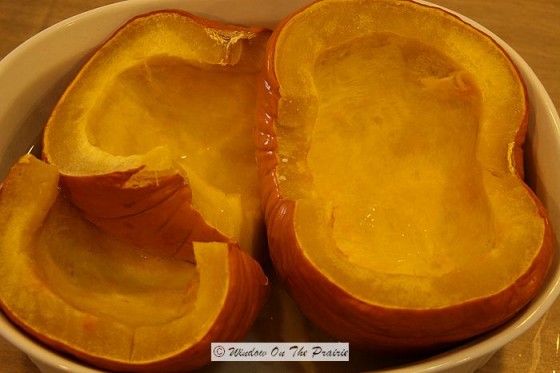 Using the ice cream scoop, remove the pumpkin from the rind. 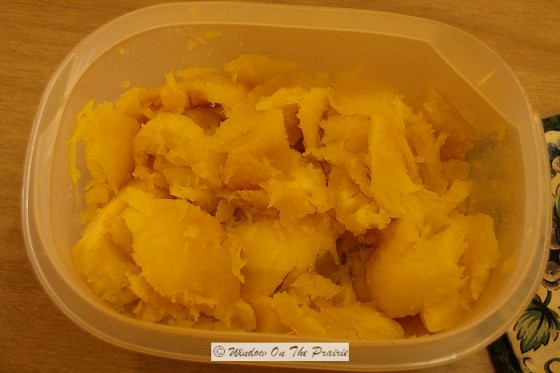 The last step is to puree the pumpkin. You can do this with a blender, hand mixer, or stick blender. Here’s what the finished pumpkin looks like. 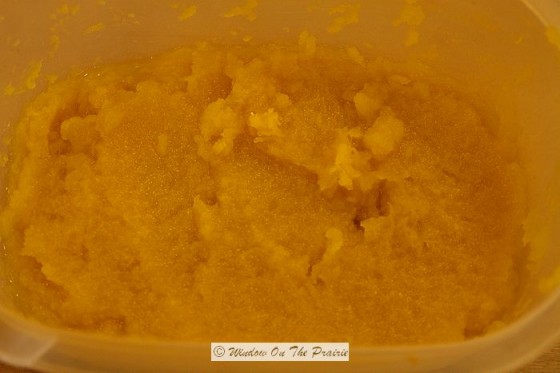 It can be kept in the fridge for 5 days, or frozen for 6 months.

Tomorrow, I’ll show how to make a pumpkin pie with homemade pie crust. See ya’ tomorrow!

Tags: how to cook a pumpkinpumpkin pie from real pumpkin