View Of The Prairie From A Helicopter

In yesterday’s post, I told you about how Harland and I rode in a helicopter Saturday, and how I freaked out, but got over it, and took a ton of pictures.  (See post here.) So today, you get to see the prairie, the Blue River, and the Flint Hills from the best vantage point.

Not too far from where we took off was the Blue River. This is one of the rivers that had to be crossed for the pioneers on the Oregon Trail. The Donner party crossed this river within a few miles of here in late May 1846. 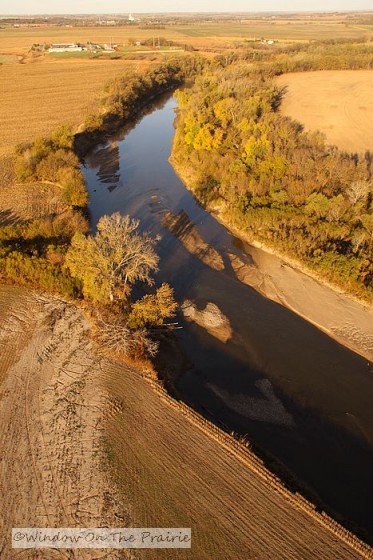 Directly below us in this pic is a cornfield that has been recently harvested. You can still make out the straight rows. 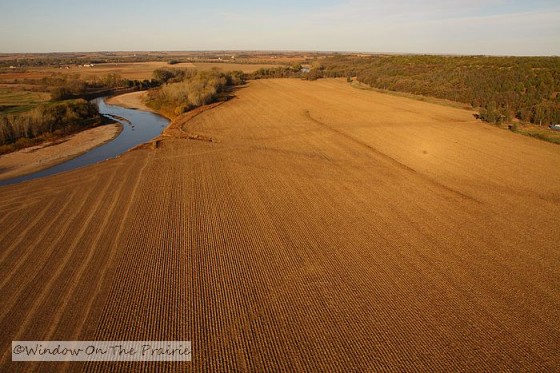 Here are a few pics of the Flint Hills. This land has never been farmed, only grazed by livestock. It’s not hard to imagine the vast herds of bison, elk, and deer that once roamed here. 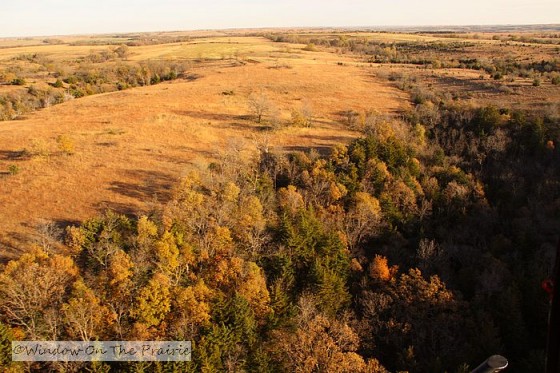 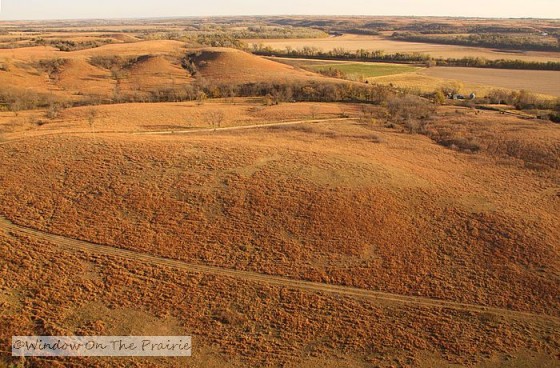 Here’s an old farm with the remains of outbuildings and a silo. You can just make out the house across the road inside the trees to the right. 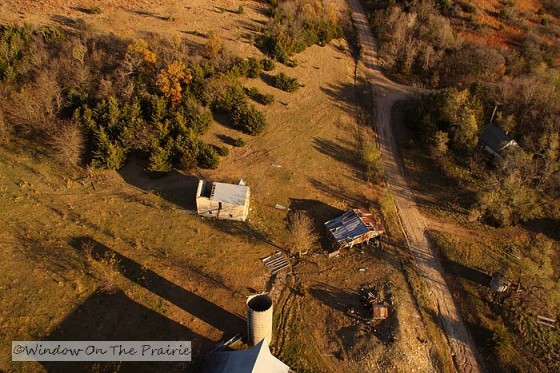 Here are a couple farm fields with the Flint Hills in the background. 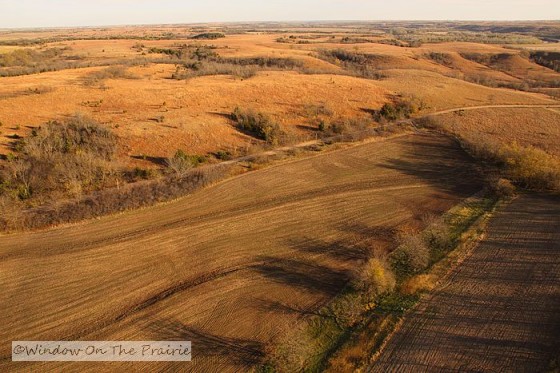 This C-shaped strip of trees running through this field is the remains of an old ox-bow lake. This type of lake forms when  a river changes course leaving part of its old channel behind which then turns into a separate body of water. Since the farmer is farming around it and trees have grown up, it must still be wet there. 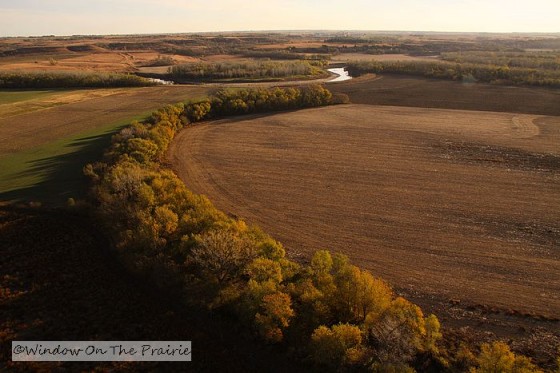 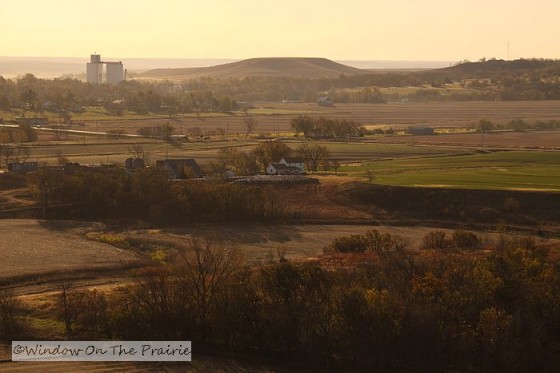 The green field in this picture is winter wheat. It was planted several weeks ago, and is now becoming a nice bright green. It will go dormant over the winter, and then begin to grow again in the spring. It will make wheat stalks in June and be harvested then. 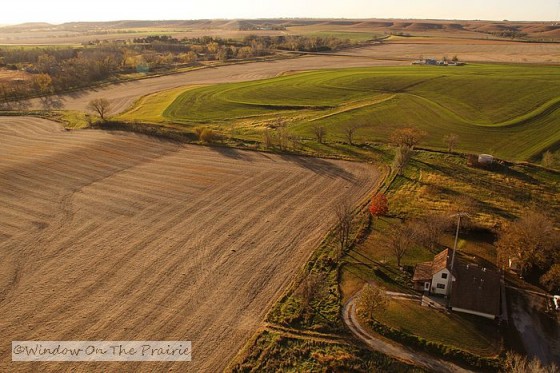 A farmer works the ground in his tractor. He appears as a small dot in such a large field, which is why it can take days to work a single field. 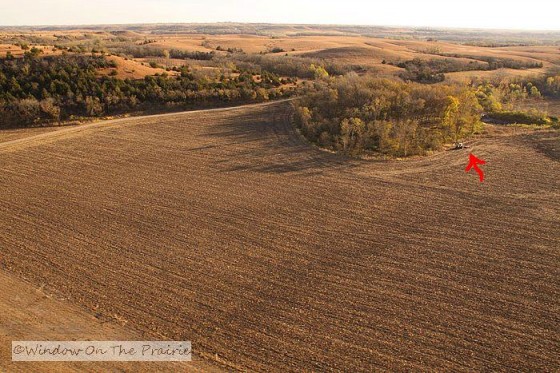 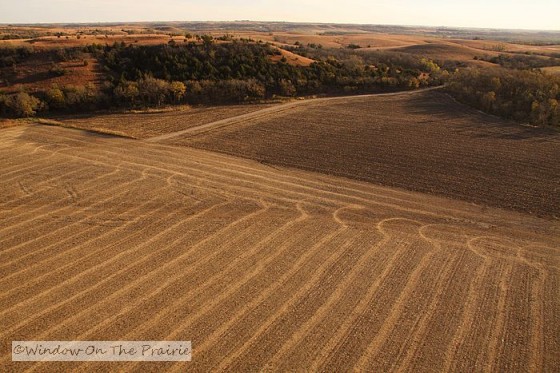 A forested area along the bank of the river provides cover for wildlife. 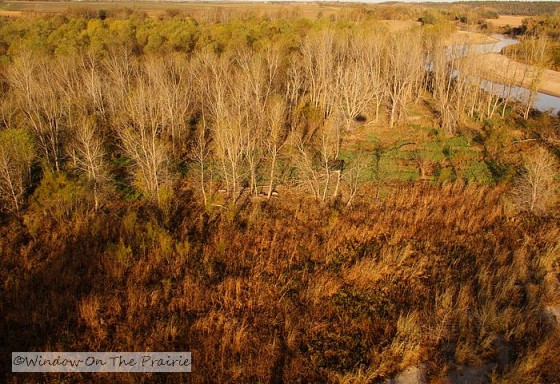 Toward the end of the flight, the pilot took us down into the Blue River channel and we followed along in and out of its curves. This time of year it runs low and would be easy to cross, but the pioneers on the Oregon Trail crossed this river in the spring when it ran high. Sometimes they would have to wait for the water level to come down, or would build a raft to float their wagons and stock across it. 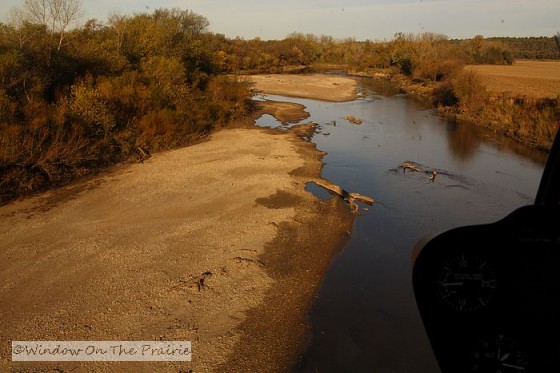 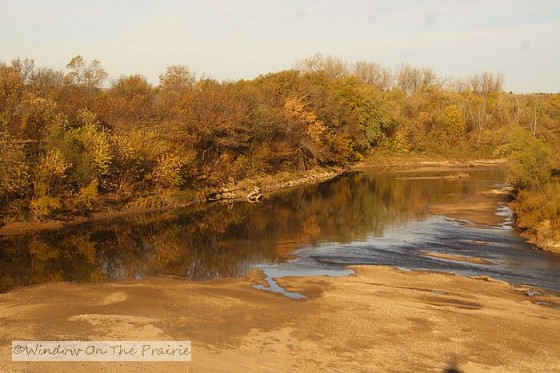 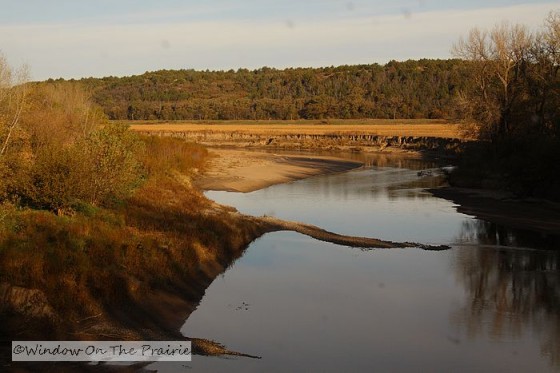 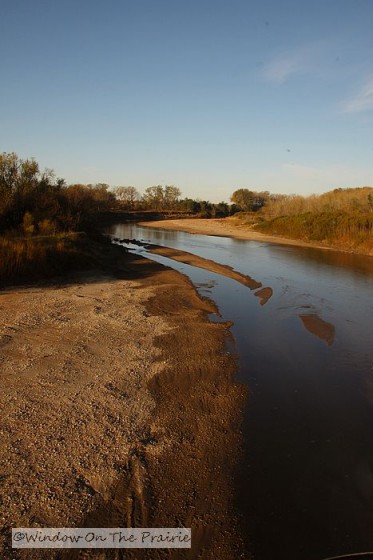 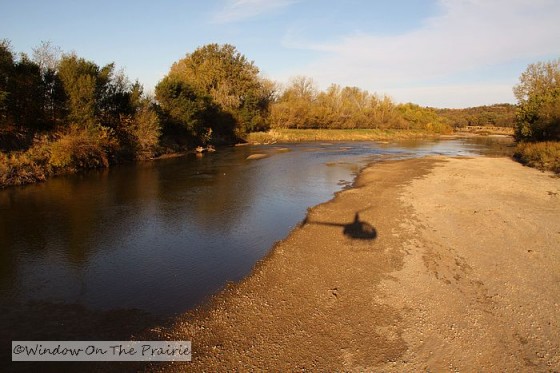 Finally we flew up out of the river channel, 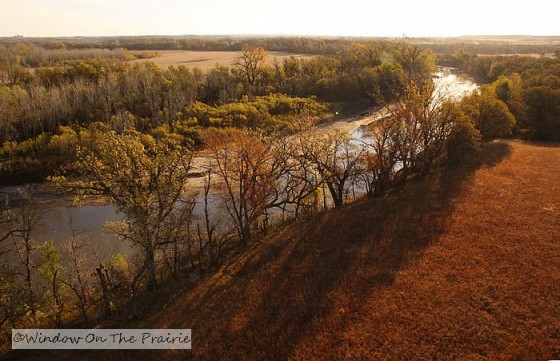 and back to the local high school to land the helicopter. 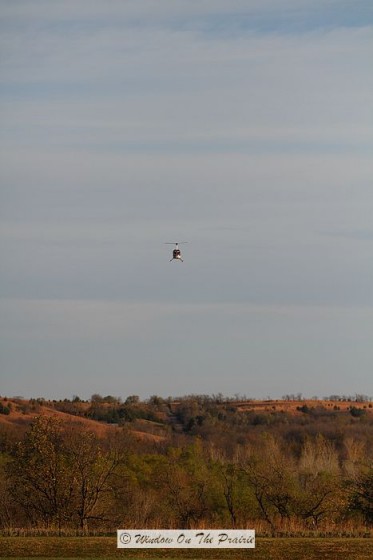 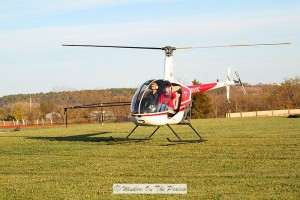 I had such a blast flying in a helicopter, and will never forget it. If you ever get the chance, go for it. If little ole’ me with my fear of heights and flying can do this, anyone can.

——->Up Next Tomorrow: Harland goes for a flight in a 1946 Piper Cub. Just another day in our wacky lives. 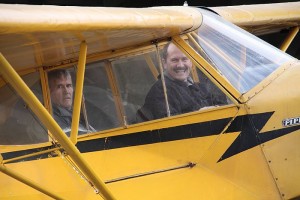 Tags: Blue RiverView Of The Prairie From A Helicopter