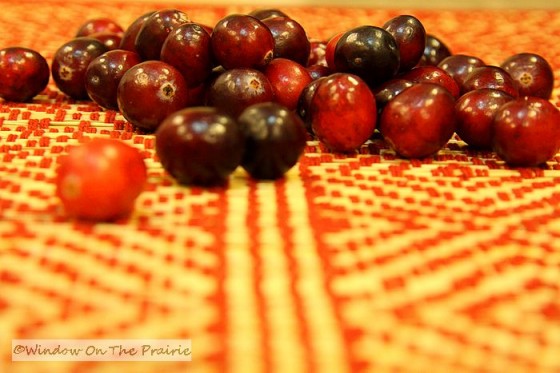 When I was a kid, I used to love opening the can of cranberry sauce on Thanksgiving day and listening to the sucking sound as it dropped from the can and ka-lumped onto the serving plate. And I used to love drawing designs with my fork in the cranberry sauce slice on my dinner plate. But that was as far as my love of the stuff went. I hated eating it. To me, it was so bitter, it was like a slice of medicine laying there. But under my parent’s stern eye, I eventually ate the stuff, and praised the heavens that we only had it twice a year, on Thanksgiving and Christmas.

But then a few years ago, I discovered the bliss of homemade cranberry sauce. It’s so easy to make, and so much better than canned. So here we go! 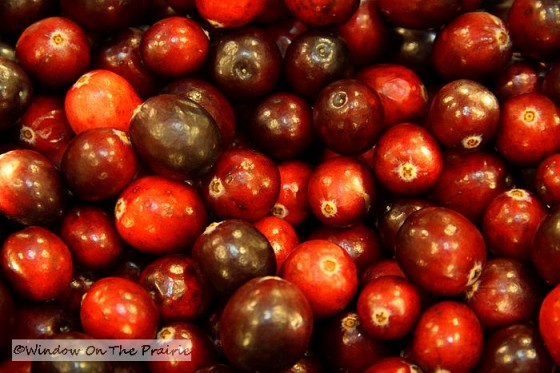 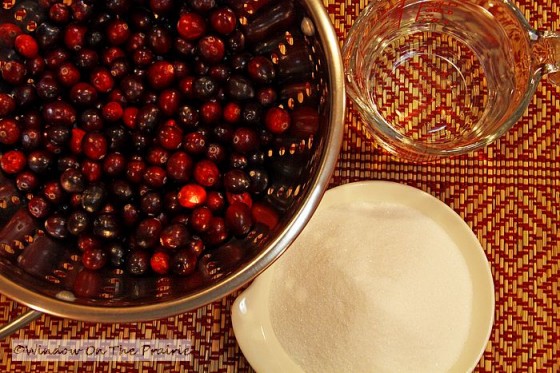 First, wash the cranberries in a colander in the sink. If you’re using frozen, thaw them out ahead of time, and then wash. Pick out any bad berries. 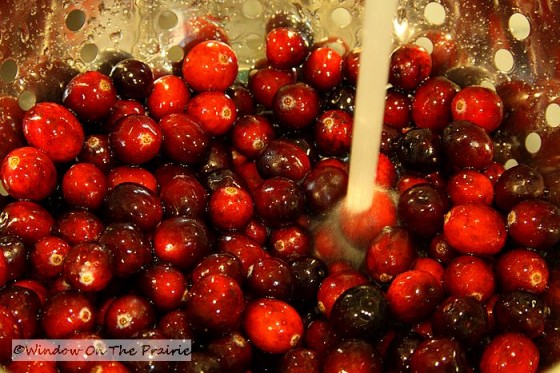 Pour the 2 cups water into a large saucepan. 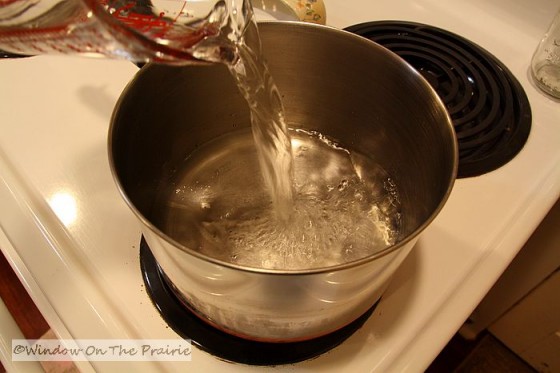 Add the sugar and stir to dissolve. 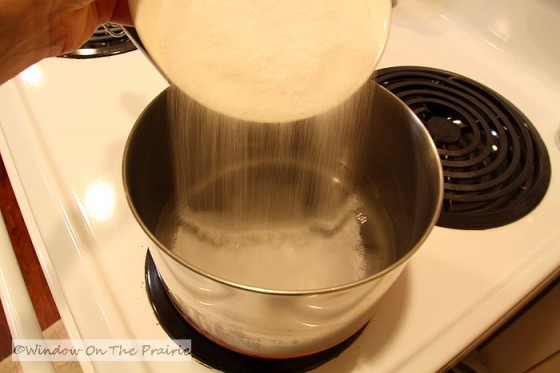 Put a lid on the pot. Bring to a boil over medium heat, stirring occasionally. Boil for 5 minutes. 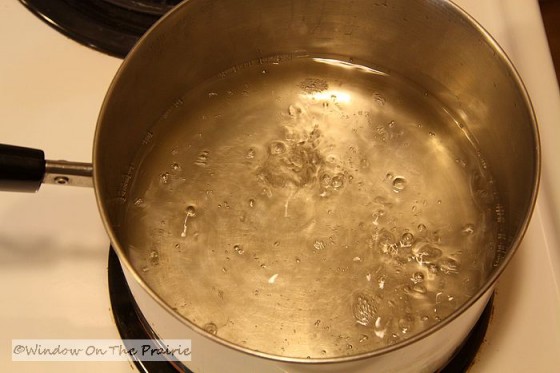 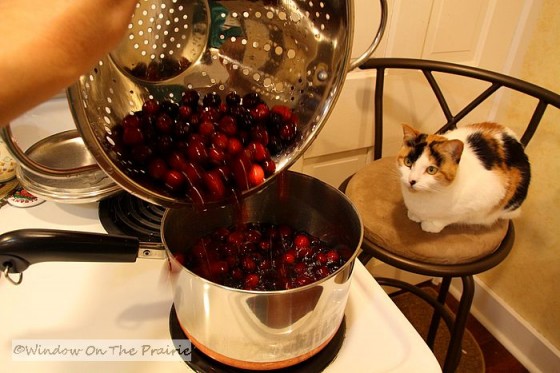 Boil for an additional 5 minutes over medium heat, stirring occasionally. The skins will split as they cook. 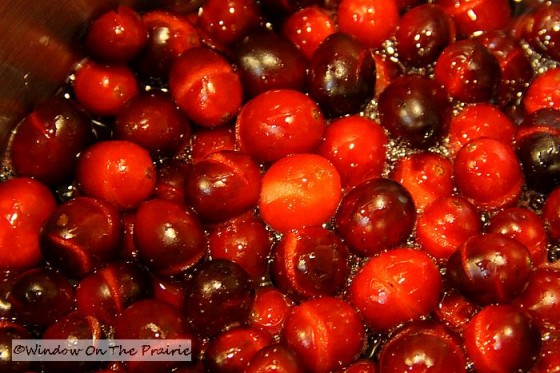 Remove from heat and refrigerate in covered container for at least 3 hours, or overnight.

For variety, you can add some grated orange peel, or raisins. Or spice it up with cinnamon, cloves or ginger. 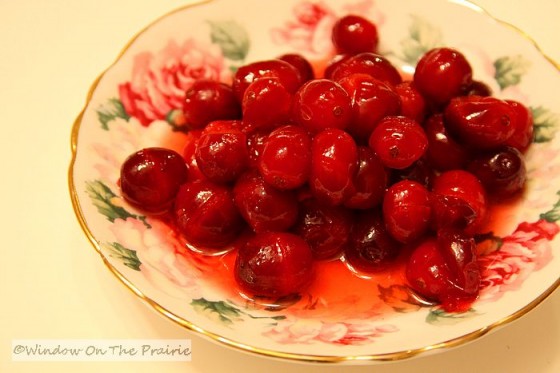 Besides serving it as a side dish, it can also be spooned over cake or ice cream. 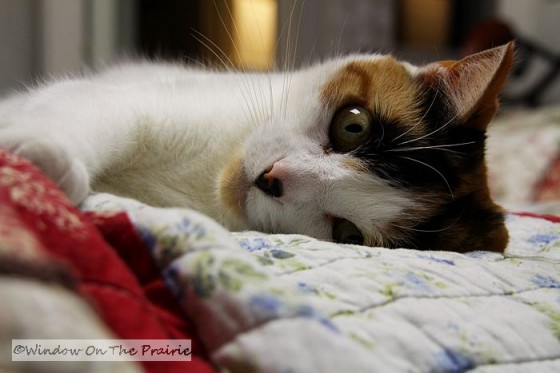 ——> AND LATER THIS WEEK:    Homemade Apple Pie with Homemade Pie-crust. 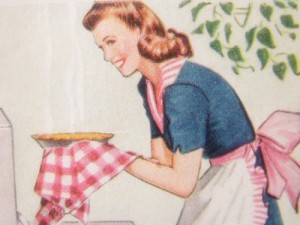