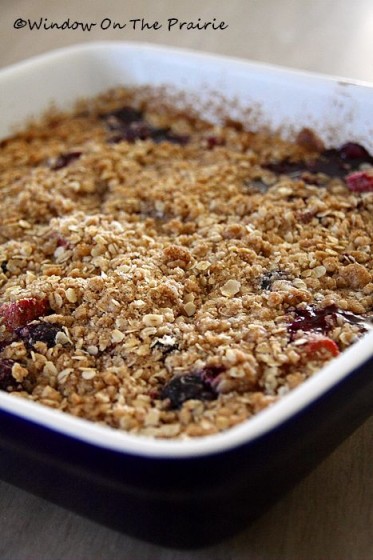 This recipe is part Betty Crocker, and part panic attack.

For Valentine’s Day, I wanted to make a dessert for Harland using his favorite fruit, blueberries, so I bought a frozen bag of blueberries at the store. The next day, I paged through my Betty Crocker cookbook and found a recipe for apple crisp that said one could substitute blueberres. Perfect!, I thought. The recipe called for 4 cups blueberries, but when I measured my blueberres, I found I only had 2 cups.

That’s where the panic attack came in.

The nearest store is 7 miles away. Like Winnie-The-Pooh, I began to think, think, think.  Then I noticed the recipe also said one could substitute rhubarb too. I began to dig around my freezer and, AHA!, found a bag of frozen rhubarb, 2 cups worth. And the culinary genius of Blueberries and Rhubarb was born.

I planned it all along…..uh huh. 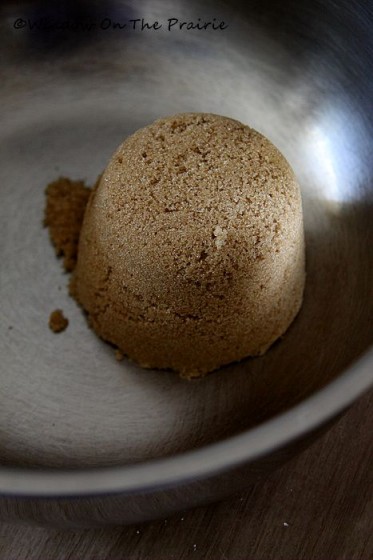 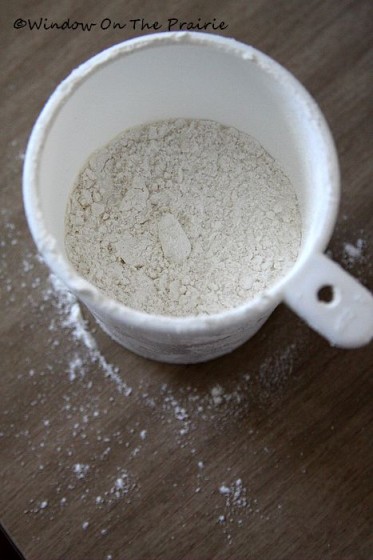 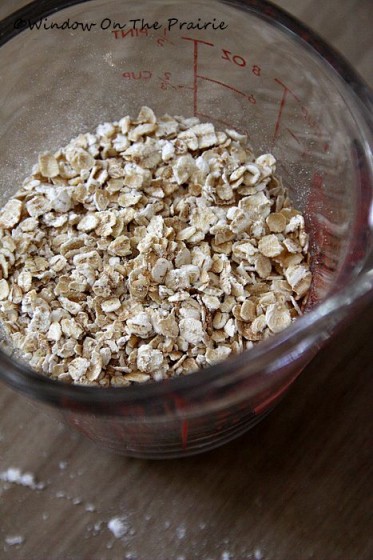 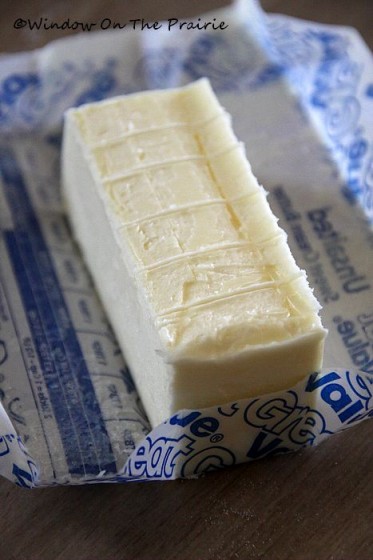 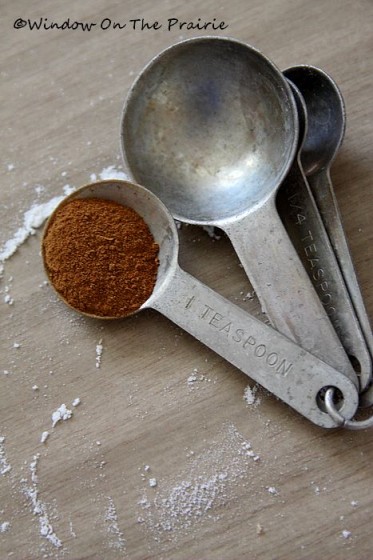 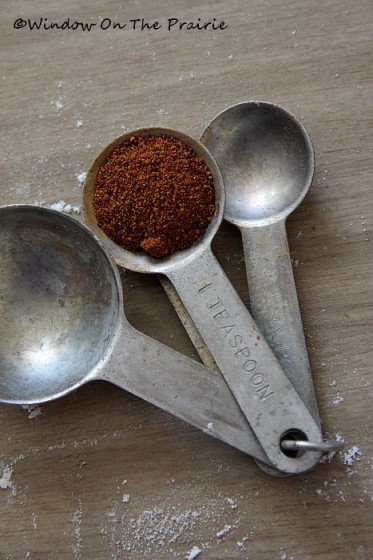 together. Sprinkle over fruit. 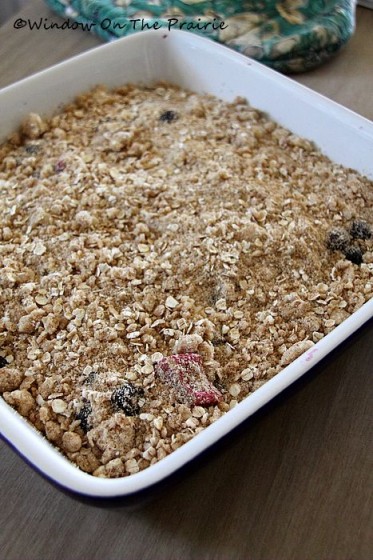 Bake 30 minutes or until top is golden brown. 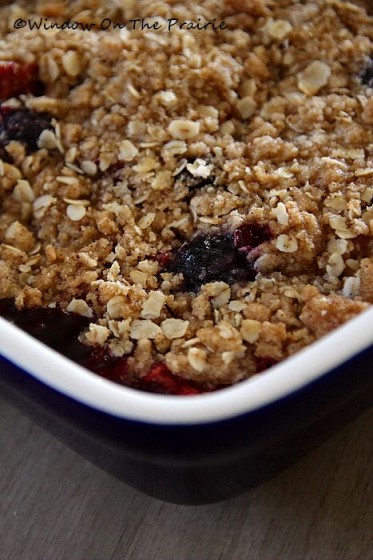