First off – I’m so sorry I’ve been so quiet lately. Everything’s ok, I just needed a break and have also been busy with Christmas preparations. I haven’t checked the comments here in a while – thank you for your concern – I’m so sorry for being a bum and not staying in touch better.

Second, we didn’t get the snow they were predicting. With 40 mile per hour winds it’s hard to tell just how much we got in the night as the wind has blown it into drifts, but we don’t think we got the 7 inches they were calling for, probably more like 4 inches. Harland drove me to work this morning. We busted through a couple drifts, the visibility was bad in places for the blowing snow, and we saw a vehicle in the ditch, but we made it in ok.

A while back, I took a few days off work, and we drove to Springfield, Illinois where we visited among other places, Lincoln’s home. 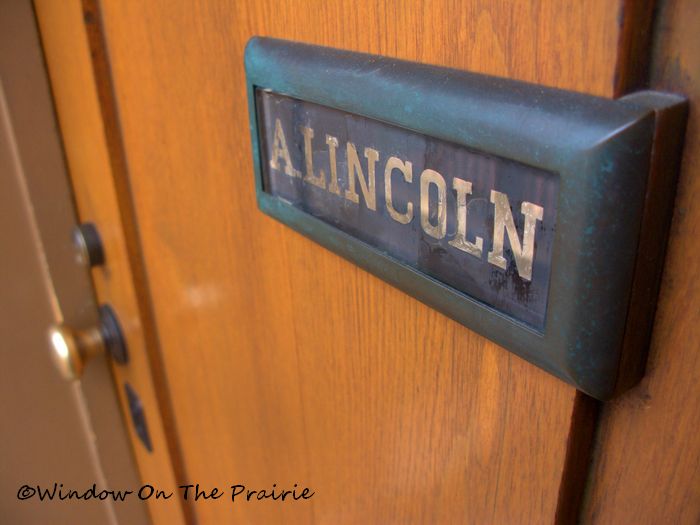 Abraham and Mary Lincoln were married for over 20 years, but only ever owned one home. It is here that they raised their four boys, and it is from here that Abraham was elected president. 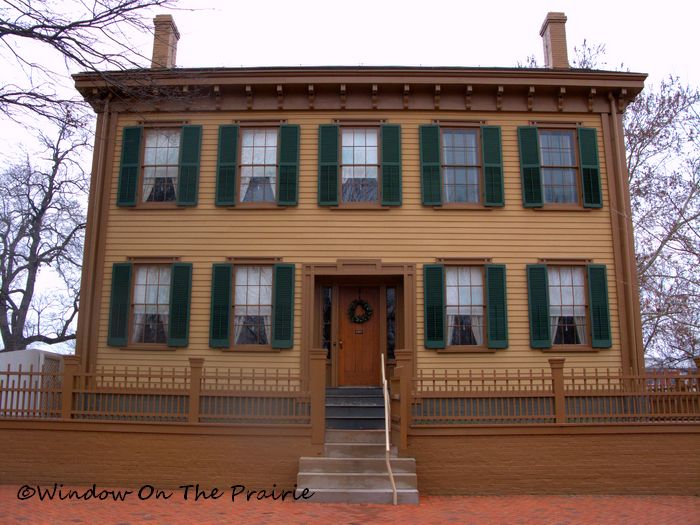 Here are Abraham and Mary in the earliest known photos of them, taken in the mid-1840s: 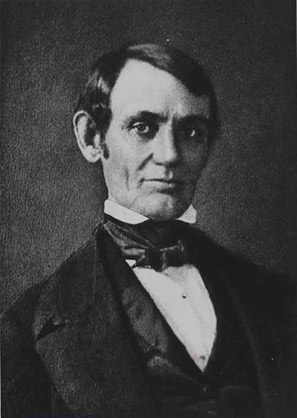 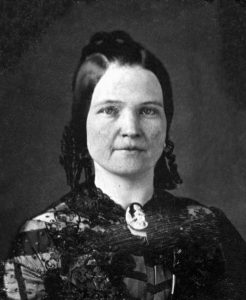 Let’s go into the house and take a look around.

Just inside the front door off to the left is the formal sitting room. 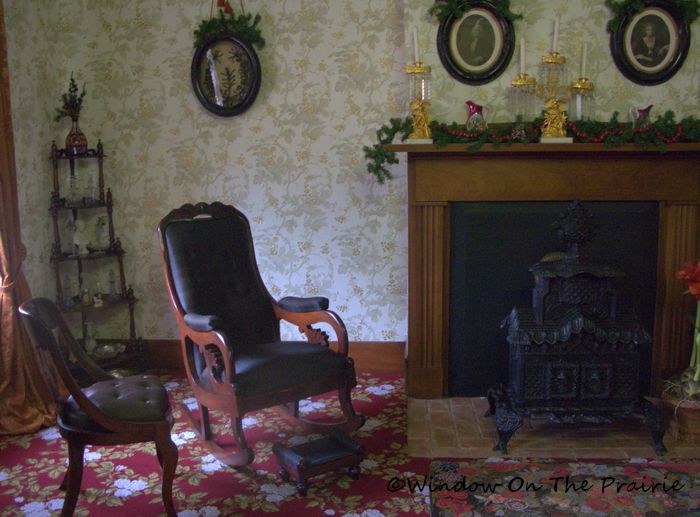 It is from this room that the Lincolns would greet and entertain guests to the house. Much of the furniture in the house once belonged to the Lincolns. They sold most of it off when they left for Washington, but a lot of it has found it’s way back to the house.

Across the hall is the family’s sitting room. Here, they relaxed as a family. 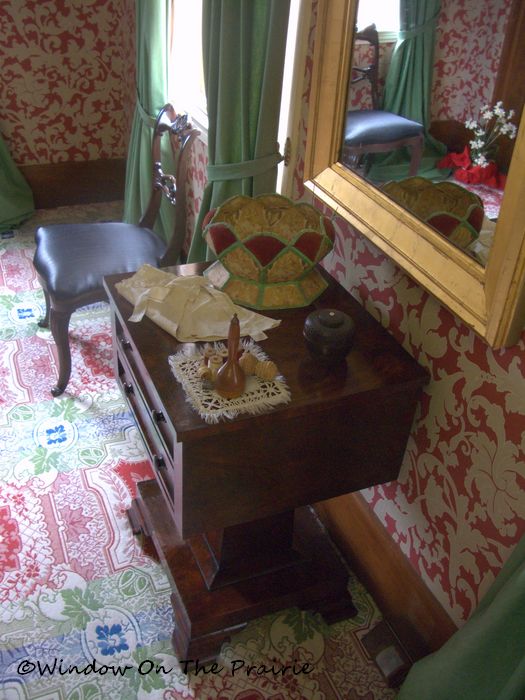 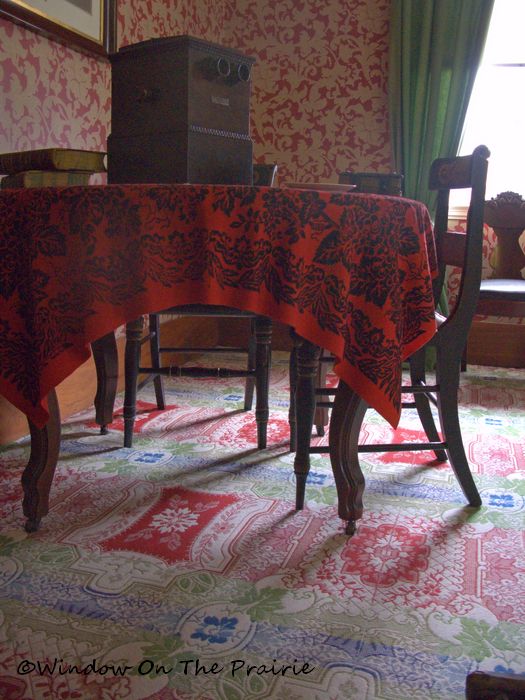 By the way, I’m sure you’ve noticed by now the loud wallpaper and carpet. This was the height of style in the Victorian era. I think I could live with either the carpet or the wallpaper, but not both. Makes for a loud room, don’t you think?

Just off the sitting rooms is the way upstairs. This is the original handrail. 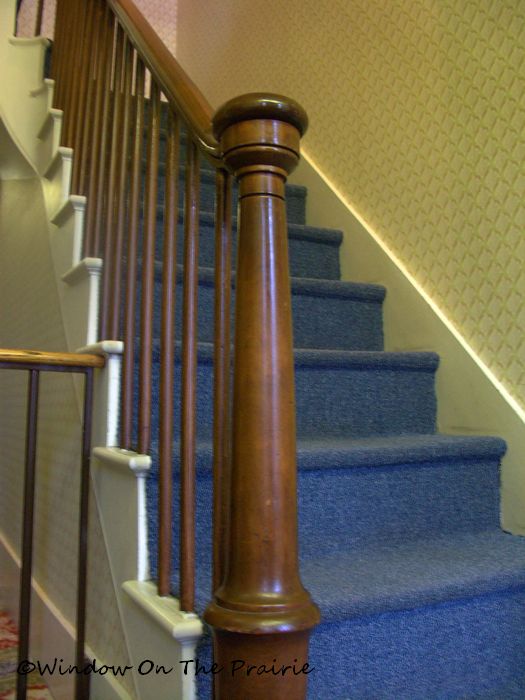 Imagine, Abraham and Mary holding on to this very rail as they went upstairs, and their boys sliding down it of course. As we went upstairs, the guide encouraged us to hold on to the rail. Neato! 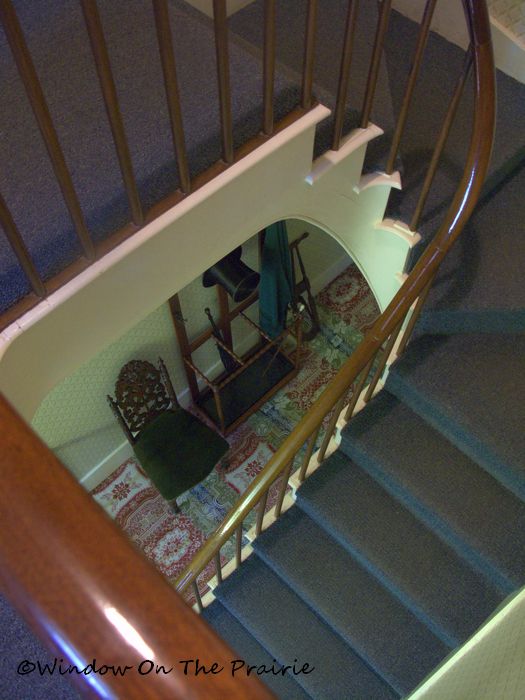 Upstairs are the bedrooms. Abraham and Mary had separate bedrooms as was the common practice of the day. Abraham’s room does not have the original bed, but his writing desk is there in the corner. 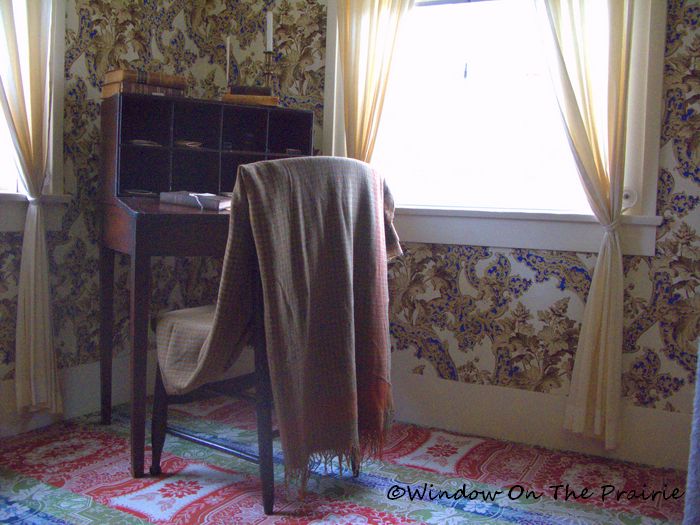 And here’s the mirror he used for shaving. 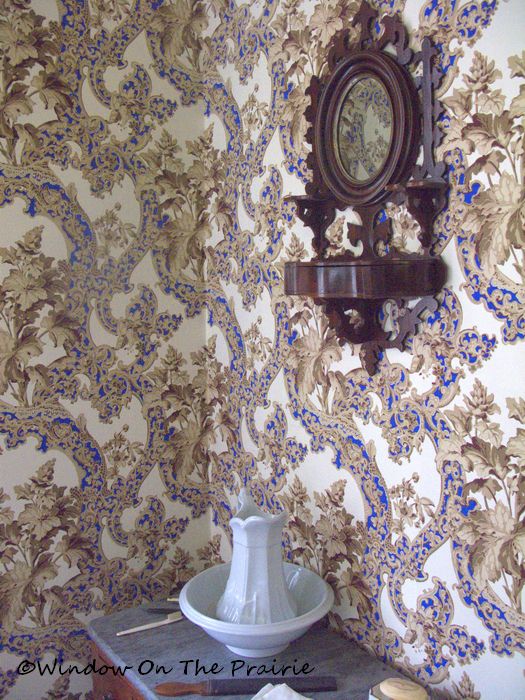 Lincoln never had a beard until after he was elected president.

Check out the wallpaper. Mary sent off to France for it and it was quite expensive. 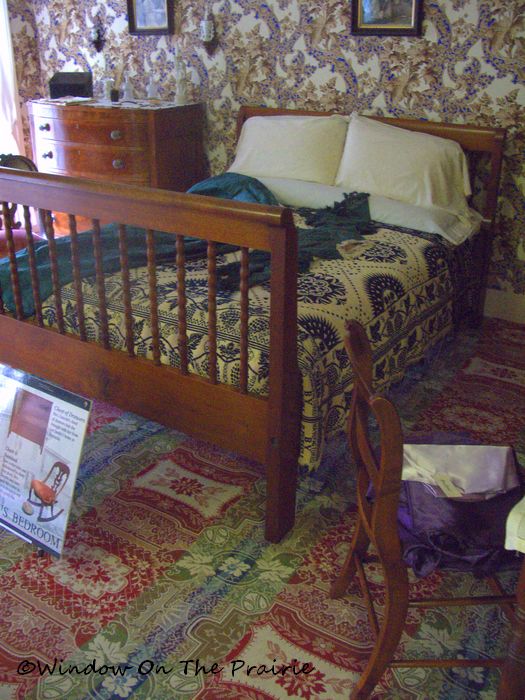 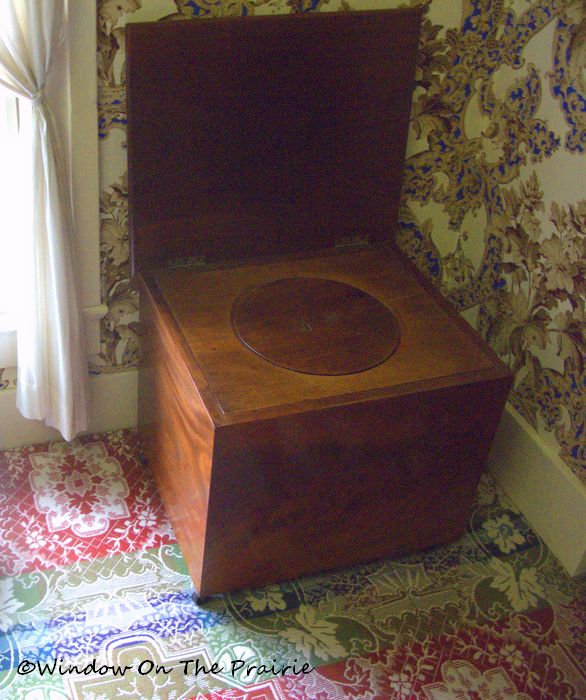 I guess you just lift the little round lid to take care of business. This would be a lot better than taking a trip out to the outhouse. Remember, bathrooms were still outside in the mid 19th century.

In the boys room, you can see the original marbles that they played with. 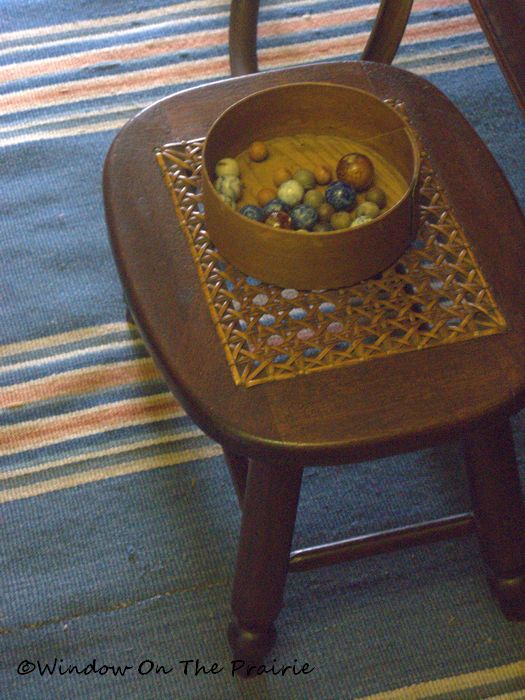 The Lincoln’s had 4 boys: Robert, Eddie, Willie, and Tad.

In 1850, 3 year old Eddie, died of consumption, or tuberculosis. 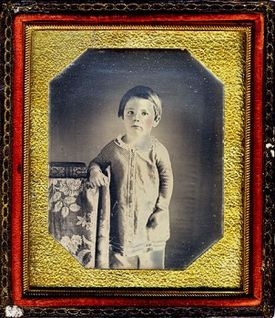 Eddie was described by his parents as a tender-hearted, kind, and loving child.

In 1861, when they left for Washington DC, he and Mary had plans to return after his presidency, but sadly it wasn’t to be.

While living in the White House in 1862, they lost another of their sons, Eddie. 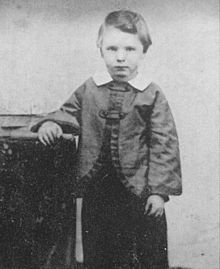 He died of typhoid fever and was only 11 years old.

And then in 1865, after Abraham’s assassination,  Mary couldn’t bring herself to return to their house in Springfield.  She, Robert and Tad, lived together in Chicago for a time. But then Robert, now grown, moved on.

Then in 1871, eighteen year old Tad died of tuberculosis. 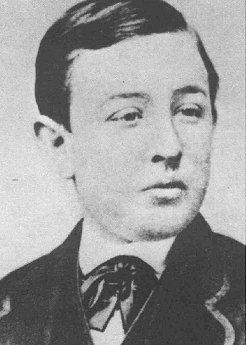 The rest of Mary’s life was marked by grief, insanity(Robert commited her to an asylum in 1875) and illness. In the early 1880s, she finally returned to Springfield to live with her sister, and it was in her sister’s house in 1882 that she died at the age of 63.

Robert Lincoln donated the family home in Springfield to the State of Illinois in 1887 under the condition that it would always be open free to the public and well maintained.

If you are interested in learning more about the Lincolns or touring their home, you can visit the official home website by clicking HERE.