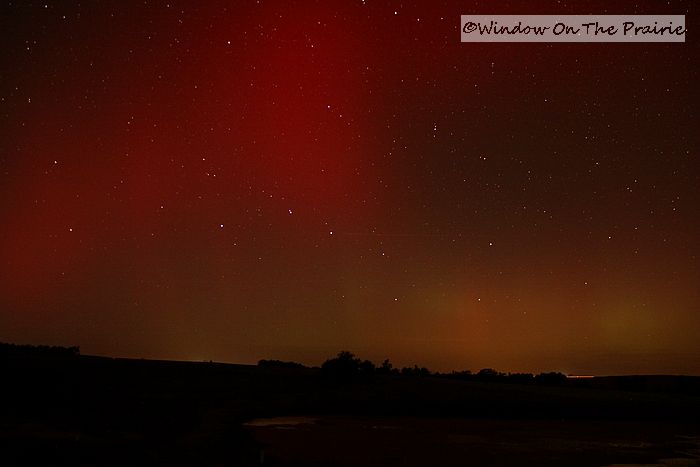 Tuesday night we experienced a rare sighting of the aurora borealis, or nothern lights. We grabbed our camera equipment and rushed out into the night. Harland showed me how to take pictures of the show by setting up my camera on a tripod and using a cable shutter release to take 20 second exposures. To the naked eye, it only appeared as a faint glow on the northern horizon, but once exposed into our cameras, brillant color appeared. 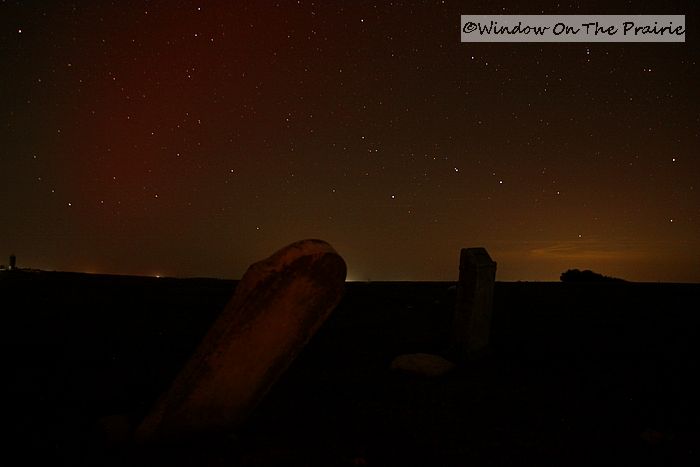 Leaning headstones in a country cemetery.

We clicked away taking as many pictures as we could before the show ended about an hour after it started. I had never seen the northern lights before so it was quite an exciting experience for me. Scientists say there should be quite a few more opportunities to see the northern lights over the next couple years. 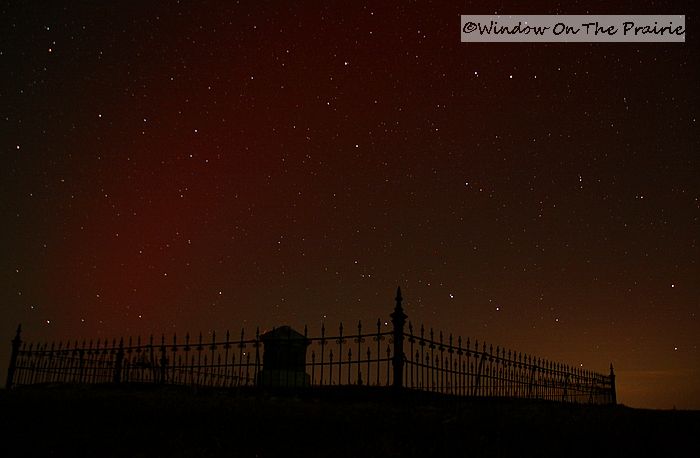 I’ll have my camera ready.

To see other images of skies around the world, visit Skywatch Friday.