Several months ago, Kitty started something new. We looked up from whatever we were doing, and there she was: lying on her back on the floor with her front paws curled beneath her chin. And she was staring at us with the most sorrowful look she could muster. 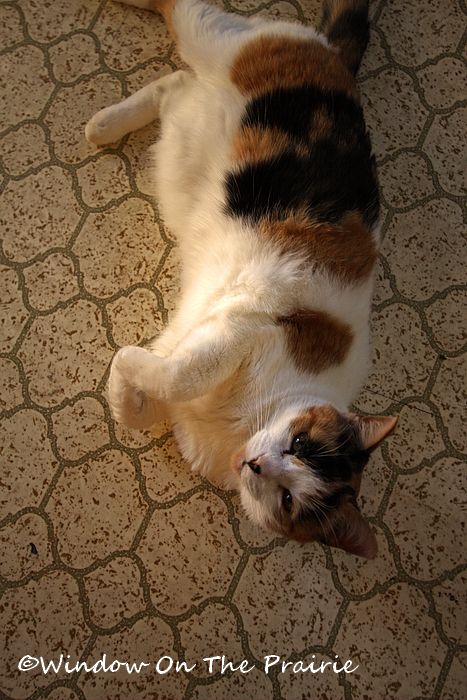 After we “aww” ed and petted her, she stopped her begging act and continued about her business. Since then she does the “begging act” at least once a day.

There are certain criteria involved in the begging act. She:

It’s taken me months to get this shot because when I bring out the camera, she stops it immediately and looks normal. And even in this shot here she’s not layering it on as thick as she usually does. Part of the act is to turn her head upside down with her chin towards the ceiling and her little paws right up under her chin.

We’re not sure where she learned how to do this. We didn’t show her how. She didn’t see any other cats doing it. It’s a mystery.

But now she knows it works and she’ll get attention out of the deal so she keeps doing it.

It’s just another Kitty thing, and all part of her charm.