On Friday when Harland took out the old basement stairway, patio, and sidewalk, he sent me several images via text.

The front yard, minus the sidewalk: 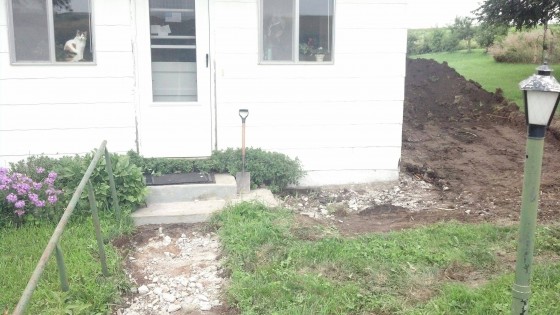 Note the supervisor in the window. As usual, no job is done around here without supervision. In this case though, the supervisor (Kitty) was frightened of the sound of the jackhammer attached to the bobcat, and so she spent most of the day in the far corner of the house under a desk.

Here’s an image Harland sent me after he removed the old basement stairway: 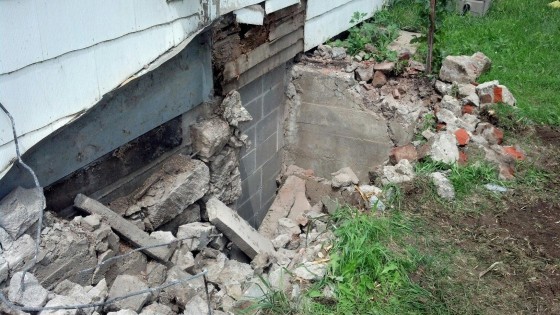 See the old original 100 year old wood clapboard peeking from beneath the current siding?  It was in pretty bad shape with termite damage and rot.  Having been sandwiched behind the concrete, water had been leaking in behind there for years and years.

The image Harland sent me below is a closer look. The blocked up area was the old basement entrance. Harland blocked this up about 10 years ago. See part of the limestone foundation just to the left of the old entrance? The foundation is older than the house because ours is not the original house that stood here. The original house built upon the limestone foundation burned to the ground in the 1920s. Our house, which stood on the property and served as the hired man’s house, was moved onto the old foundation after the rubble from the fire had been cleared away. 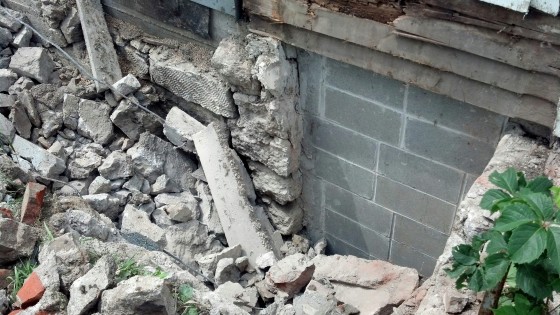 In fact, our yard is an archaeological dig right now. Where Harland scraped the soil away to make room for the new patio, he uncovered bits of old burnt glass, nails, wood ash and black coals – all remnants from the original house. 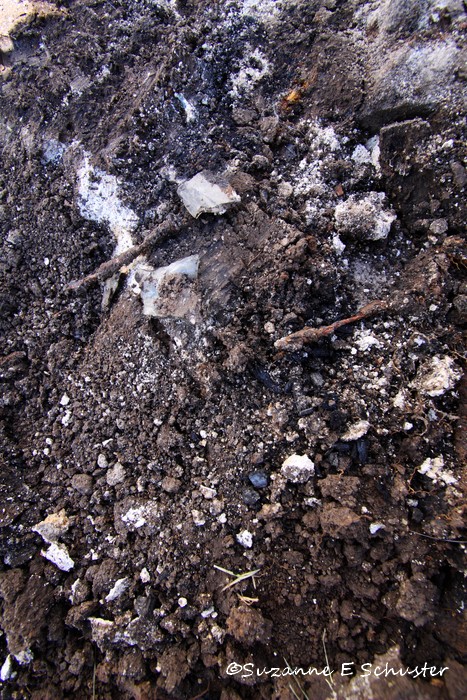 By the time I got home Friday night, Harland and filled in the old stairway with rock: 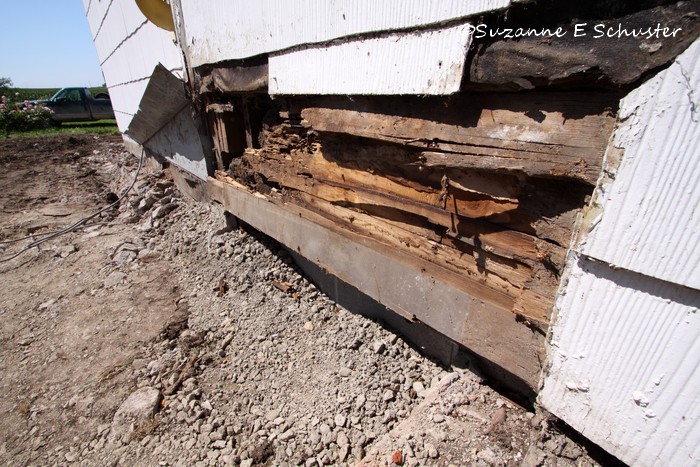 He also peeled off some of the rotten clapboards. The rest of the rotten wood will have to be removed and insulation put in with new wood covered over before we can put on the new siding here. 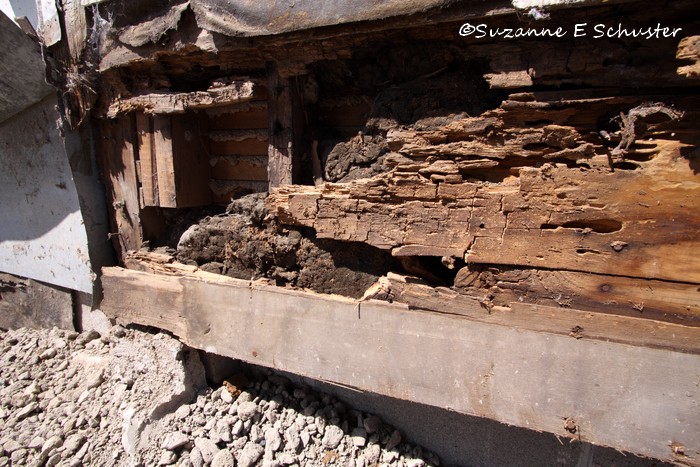 Here’s what our yard looks like right now. Harland has scraped the soil into a mound to make room for the patio, which will be about 10 feet by 25 feet along side the house. It will cover over where the old basement stairway was. 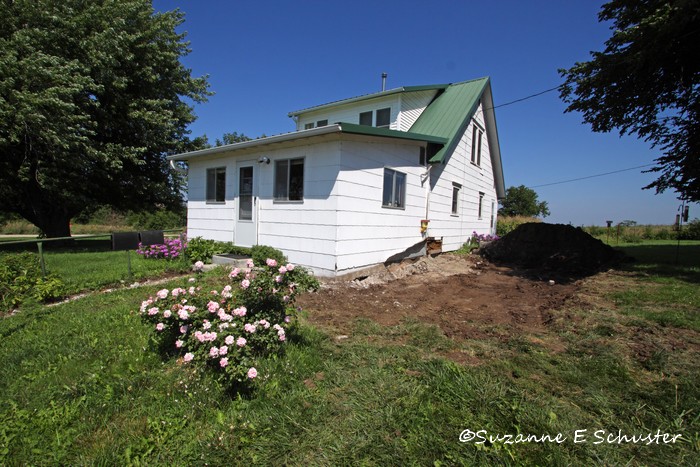 See the gap under the foundation to the left in the picture below? 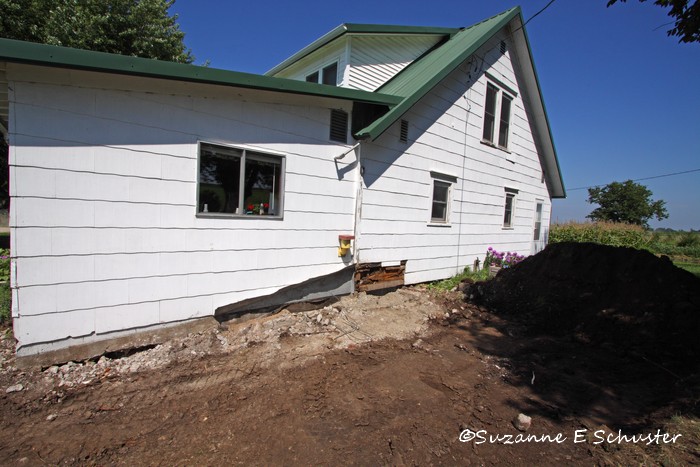 For some reason, there’s no footing right in this area, so Harland is going to dig down as far as he can with a shovel, and then pour a footing to support this area of the foundation.

Here’s the view from the front. Note where the sidewalk used to be. 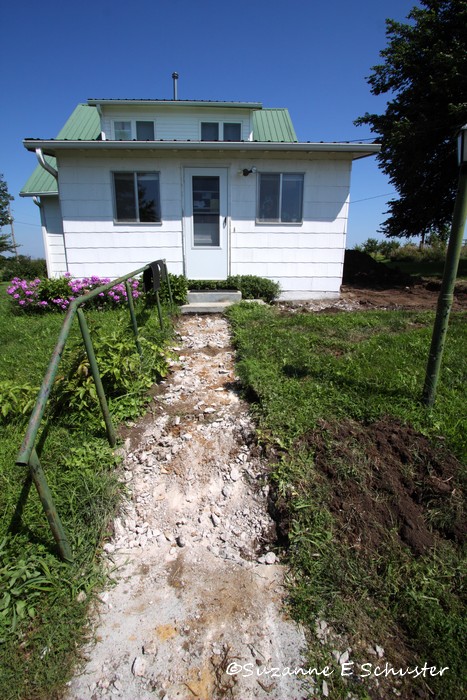 And that’s all there is to report for now. Harland said that he and his brother will put in the new sidewalk and patio this week.