When I got home yesterday afternoon after work, it looked like Harland had been trying to build a moat around the house to defend it from marauding armies. 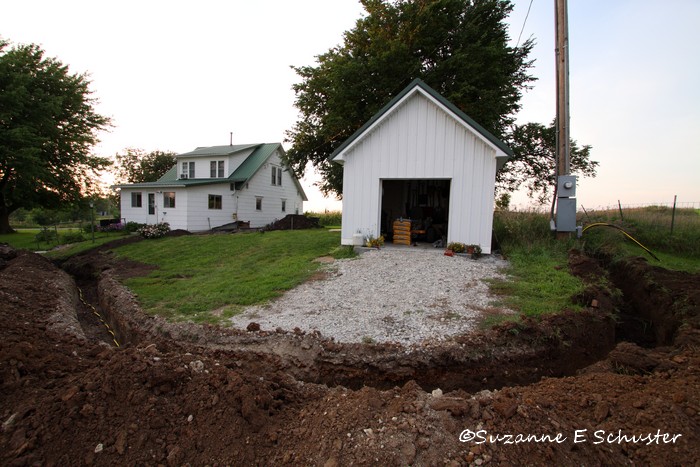 Actually, he had spent the day digging  a trench for the electric line. Right now, the line goes overhead from the pole to the house, but this makes is susceptible to being brought down by ice storms. So he decided to dig a trench about 2 feet deep, and lay a new line down in the trench. 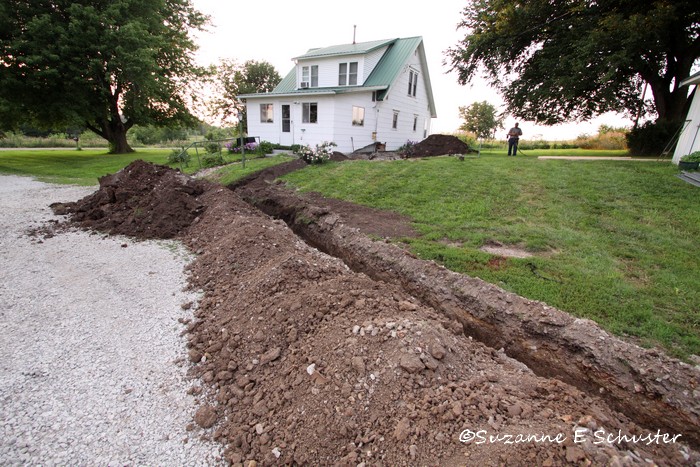 First, he rented a trencher. (Think giant chainsaw.) This worked great except for the buried sidewalk we didn’t even know was there.

So he went and rented a backhoe. This worked great to lift the sidewalk chunks out of the way.

Below you can see giant chunks of the sidewalk that he dug out. 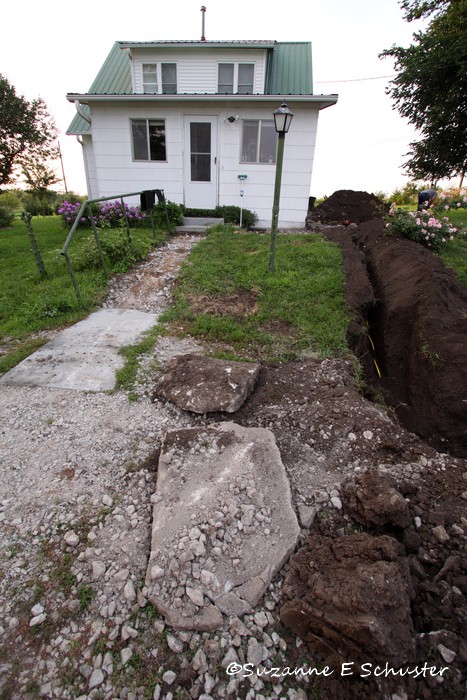 He continued to dig the rest of job with the trencher. 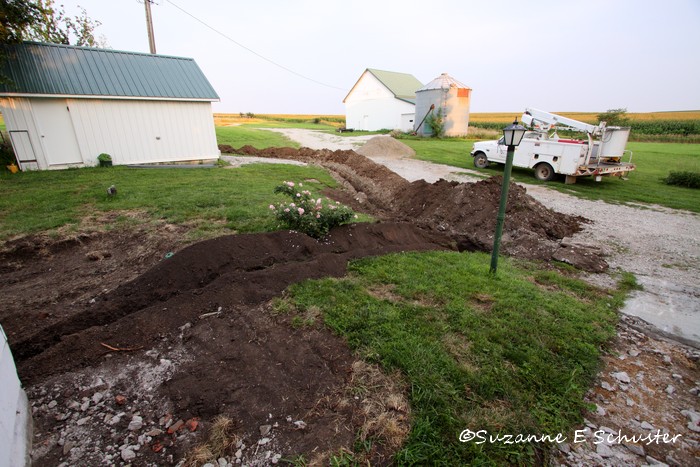 But then he ran into some concrete near the house that needed to be broken out. So he returned the backhoe and trencher and rented a jackhammer. He had just finished when I got home. He hoisted the jackhammer into the back of the pick-up and I took it back to the rental place.

When I got back from the rental place, I took a little video while Harland was working on putting the new electric line into a conduit.

Today he’ll connect the line to the house, fill in the trench, and our electric line will be safely underground. 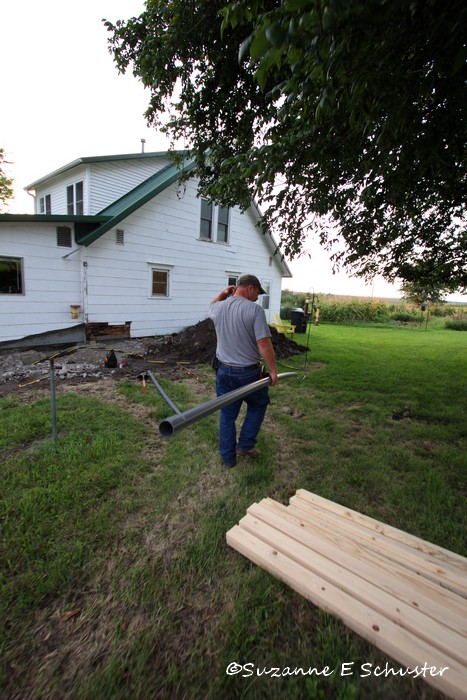 It’s a lot of work, but it’s one of those jobs that only has to be done once thankfully.

Oh, and see those boards in the pic above?  They’ll be used to build forms for pouring the new sidewalk and patio.