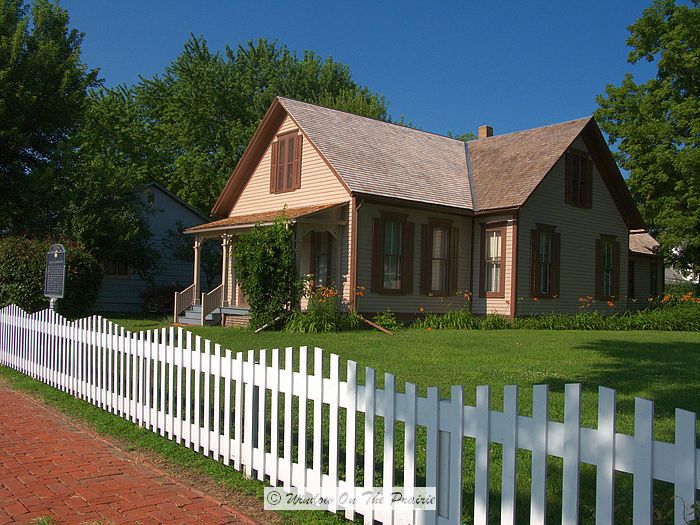 After our visit to the Willa Cather Memorial Prairie Saturday morning, Harland(hubby)and I went a few miles down the road to visit her childhood home in Red Cloud, Nebraska. Cather, a 20th century American novelist, moved here from Virginia with her parents and siblings in1883 when she was 9 years old. She later said that she belived that most of the material that a writer works with is acquired before the age of 15, and Cather’s writing certainly reflects that. Moving from busy post-war Virginia to frontier Nebraska was a big adjustment for her. At first, the family lived in the country outside Red Cloud, about which she later said, “As we drove further and further out into the country, I felt a good deal as if we had come to the end of everything-it was a kind of erasure of personality”.  After about a year, they moved into Red Cloud and rented a house on the corner of 3rd and Cedar St. 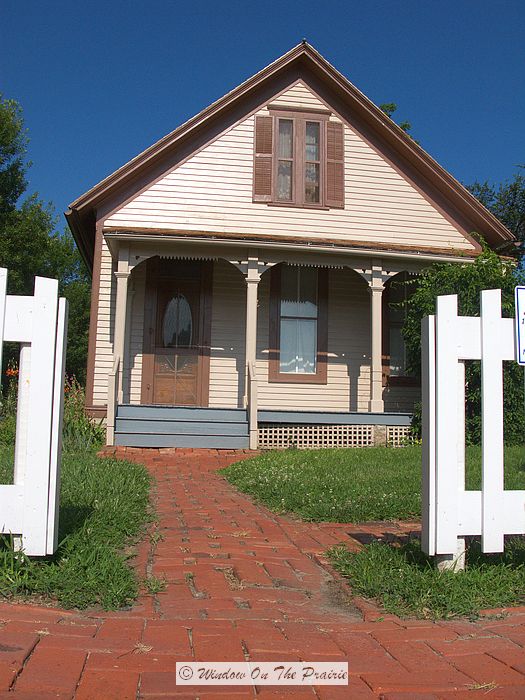 She got to know many of her neighbors and spent time exploring the town and countryside. Many of the people she knew and experiences she had in Red Cloud would later figure heavily in books such as O Pioneers, Song of the Lark, and My Antonia. Her house itself was written about in 3 of her future novels. 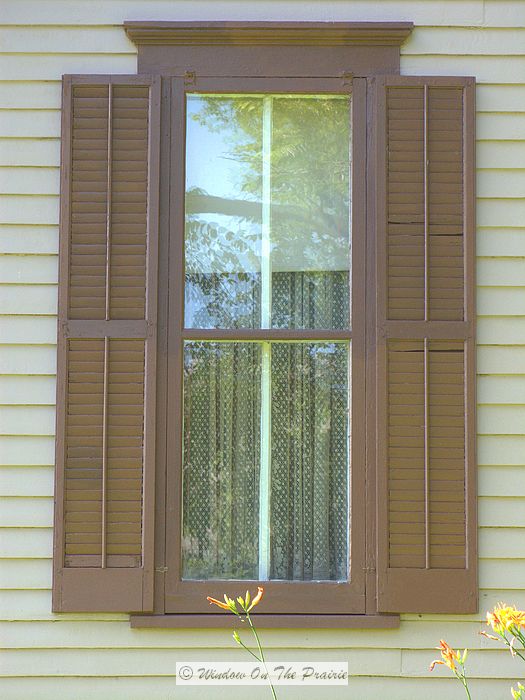 At 16, she graduated high school, and moved out of Red Cloud to attend college. Cather went on to become a Pulitzer Prize winning author of many novels and short stories. Her house became a National Historic Landmark in 1971. 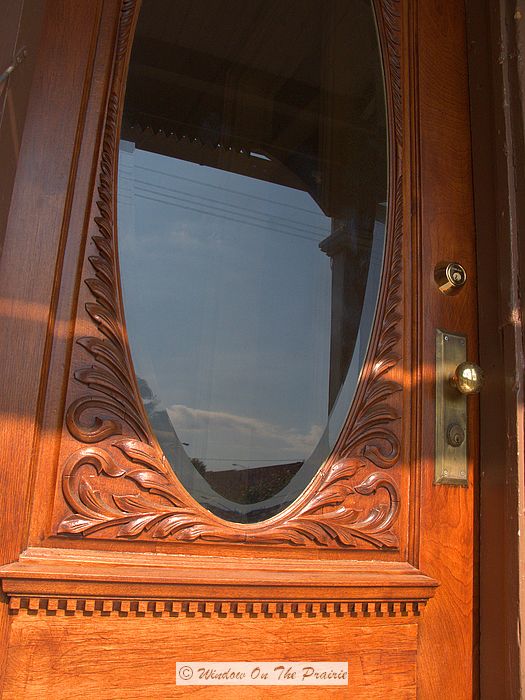 One of my favorite quotes from Cather is from O Pioneers:

“There are only two or three human stories, and they go on repeating themselves as fiercely as if they had never happened before; like the larks in this country, that have been singing the same five notes for thousands of years.”

Another is from My Antonia:

“The earth was warm under me, and warm as I crumbled it through my fingers…I kept as still as I could. Nothing happened. I did not expect anything to happen. I was something that lay under the sun and felt it, like the pumpkins, and I did not want to be anything more. I was entirely happy. Perhaps we feel like that when we die and become a part of something entire, whether it is sun and air, or goodness and knowledge. At any rate, that is happiness; to be dissolved into something complete and great. When it comes to one, it comes as naturally as sleep.” 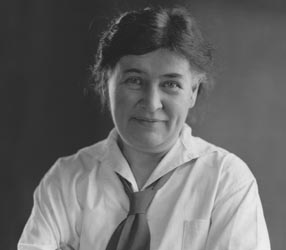 Sadly, we didn’t get the chance to tour the home, but if you would like more information about Willa Cather, including a tour of the house, you can go here.

Later on Saturday, Harland and I went to the Orphan Train Museum in Concordia, KS…..but that’s a post for tomorrow.