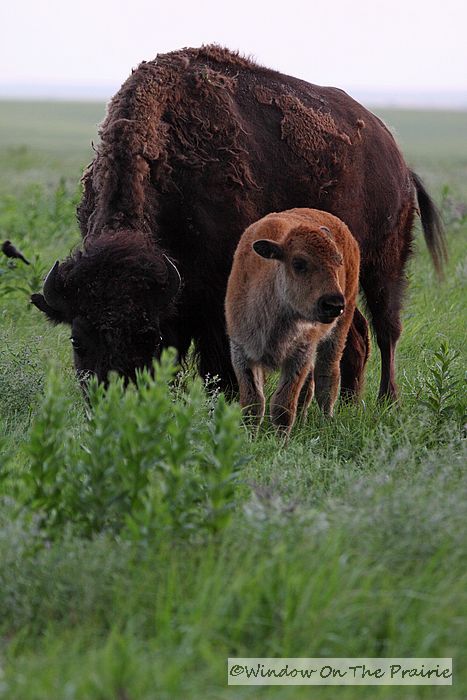 Since my last post about the bison herd was running a little long, I decided to wait until a later post to show you the little bison calf, the newest member of the herd at the Tallgrass Prairie National Preserve in east central Kansas. 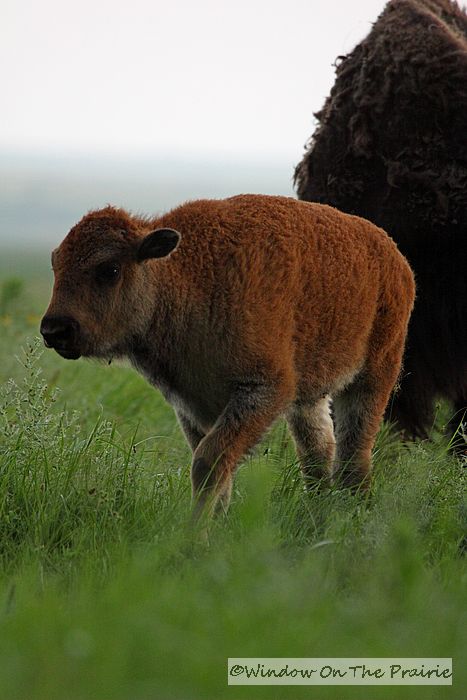 Born May 11, 2011, she was just a little over a month old when we visited in mid-June. She is surrounded by the adults a good part of the time, but I did finally get a chance to get a good look at her, and she is just the cutest baby ever.

Did you know that the American Bison once ranged in large herds from Canada to Mexico and east to the Appalachian mountains? But due to over-hunting it almost became extinct by the late 19th century. Today, the bison lives in a few national parks and other reserves. Bisons typically mate in August and September and gestation is about 9 months. A calf may nurse until the cow has her next calf, which sometimes is not for another 18 months. Bison calves weigh about 50 pounds at birth. At a month old, this one probably weighs about 100 pounds. She will shed her newborn light brown coat for a dark brown in another month.

While watching the calf and her mama, we noticed couple of cute behaviors between them.

One is that the cow will rest her chin on the calf every once in a while. 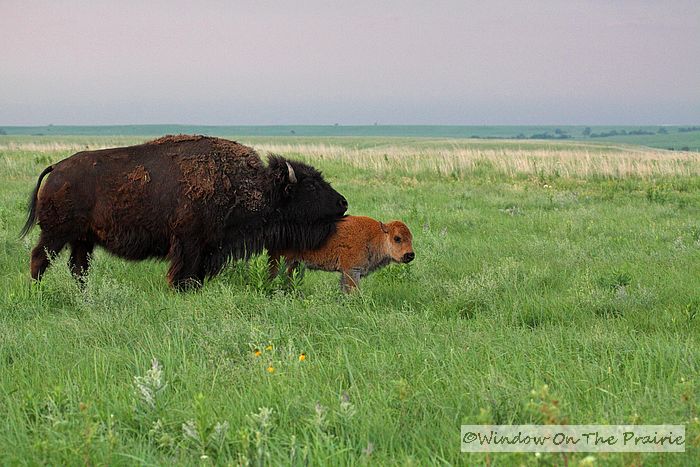 Might be a reassuring gesture towards that calf, or maybe a little affection.

The other cute behavior is something I’ve noticed our cows and calves do. The calf walks from one side of her mama to the other by walking under her chin and pressing herself against mama as she goes. 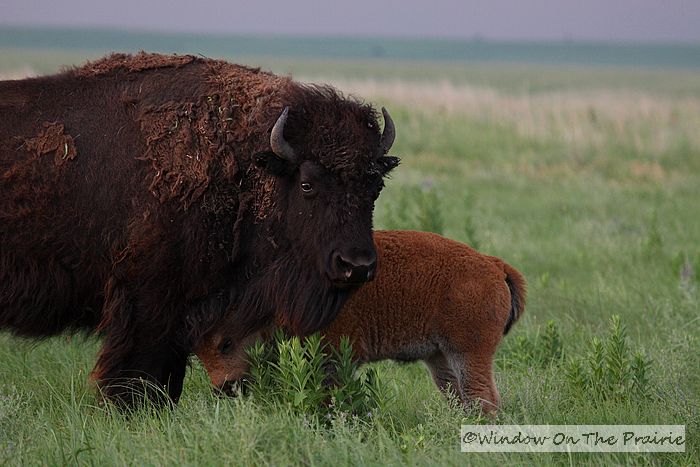 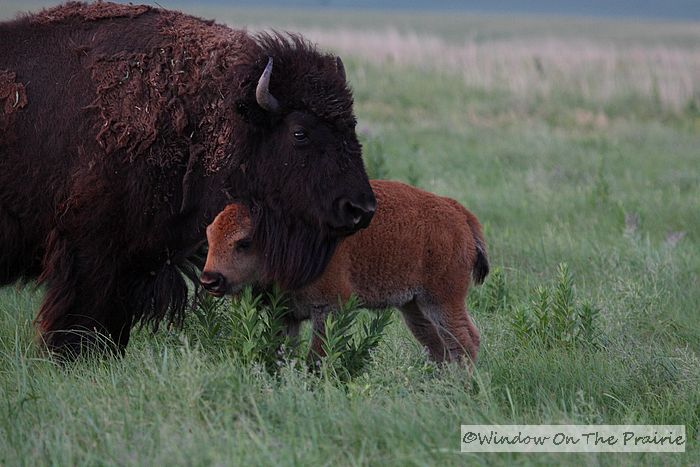 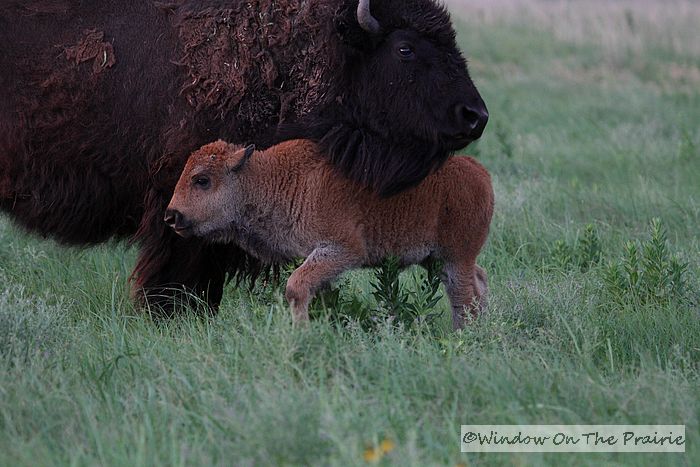 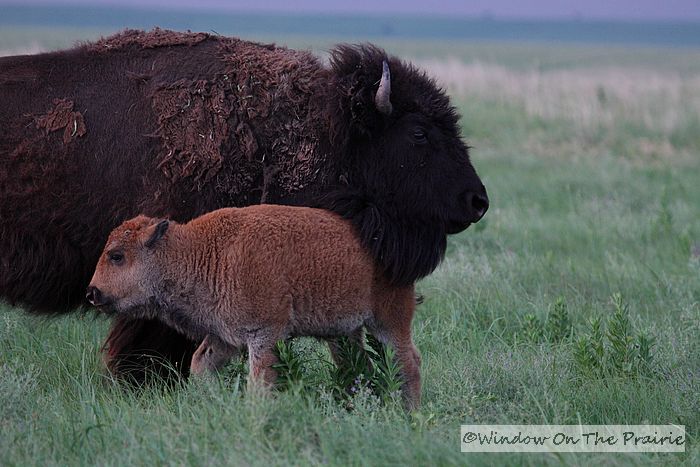 We think it is part of how they maintain the mother/baby bond.

It seems the whole herd keeps an eye out for this one little calf. 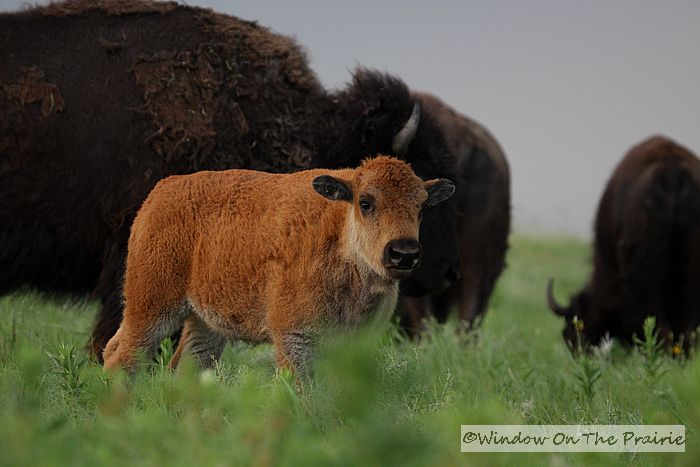 Harland and I were speculating just how long our life expectancy would be if we touched the little squirt. 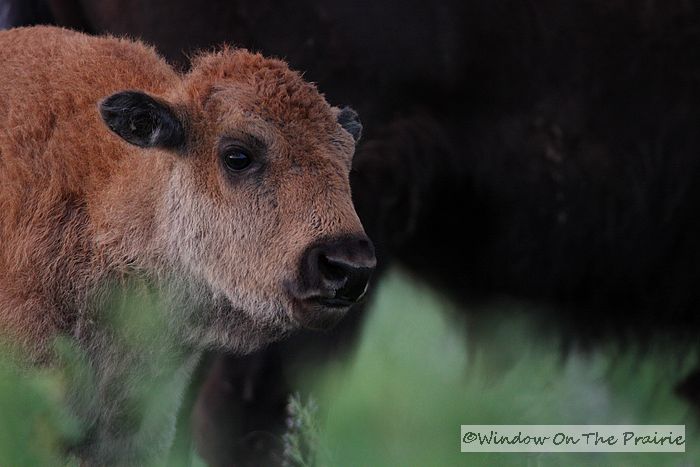 Probably not very long at all.

But it’s heartwarming to see so much caring for this one precious life.