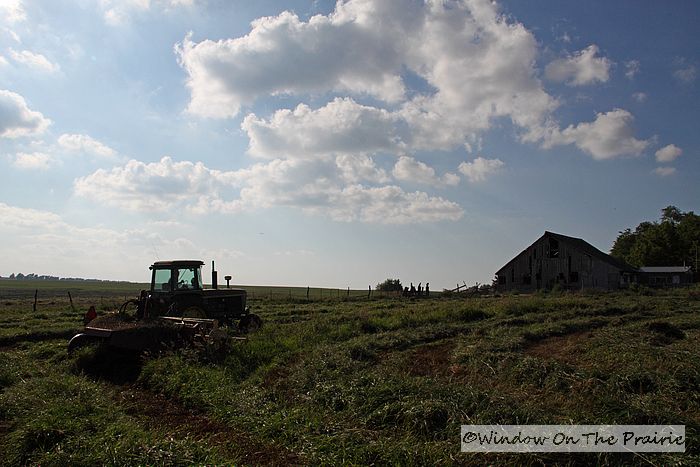 Recently, I caught up with Harland mowing hay.

Well, he would  have liked to have been mowing hay, but the mower had broken down, and so he had switched out his farmer’s hat for a mechanic’s hat. 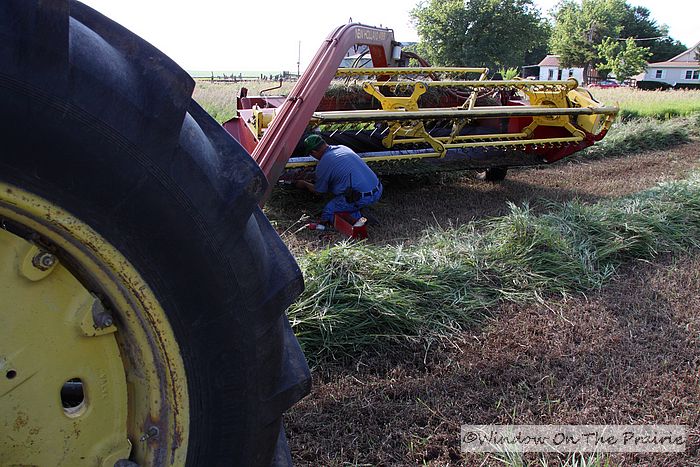 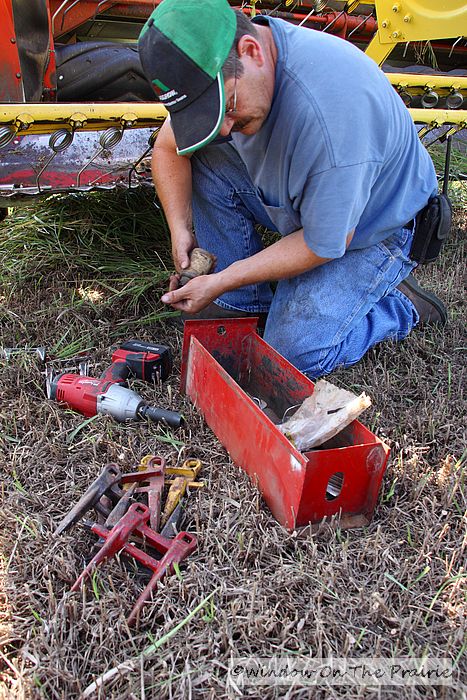 But soon, he had the problem fixed and was back up and running. 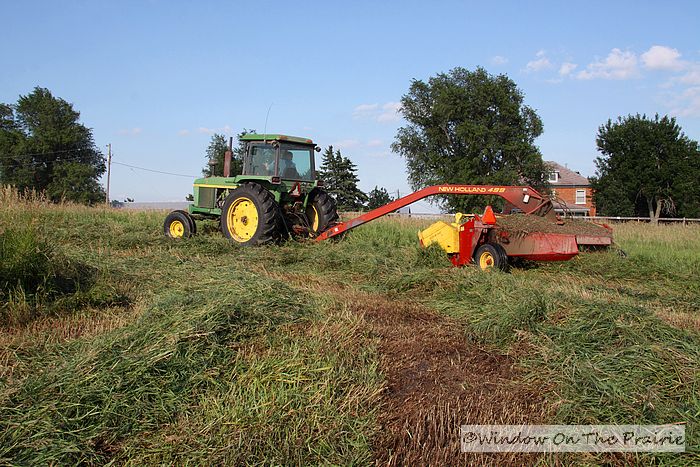 We cut and bale our own hay to feed our cattle through the winter. This is done once a year, usually in late June. Harland looks closely at the weather forecast before he cuts hay as he needs several days of warm dry weather.

Here’s a short video of Harland making hay while the sun shines:

Two days after cutting, Harland heads back to the field to bale the hay.

Come on back tomorrow to see how hay is baled.

———-> Thursday:  Watch as Harland bales the hay into large round bales.