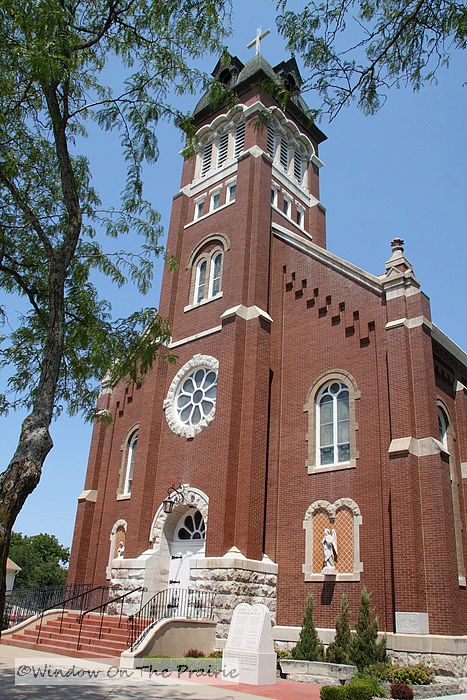 On our travels recently we came across this lovely old church in Olpe, Kansas, population of about 500. We’re always on the lookout for church steeples rising above the prairie, and that’s how we found this one. The parish community was founded in 1885 by a group of German Catholic immigrants. I was not able to find out much about the church other than it was built in 1910. 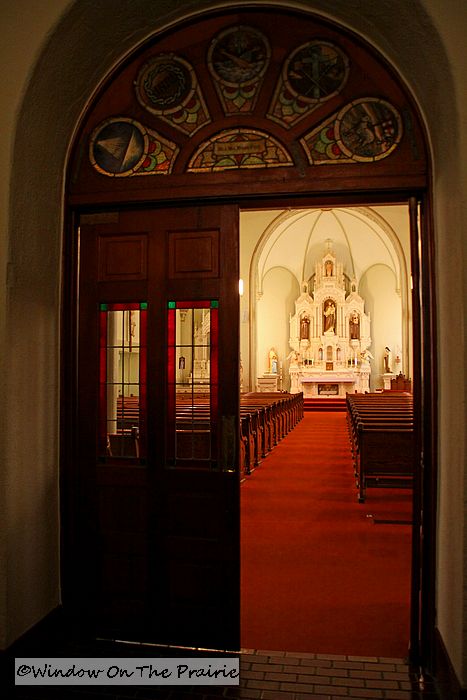 There was at least one other church for this parish, and that one was built in 1885. Typically, new churches were built either because the community had outgrown their old church or because the older building had been destroyed by fire, a common end to early church buildings. 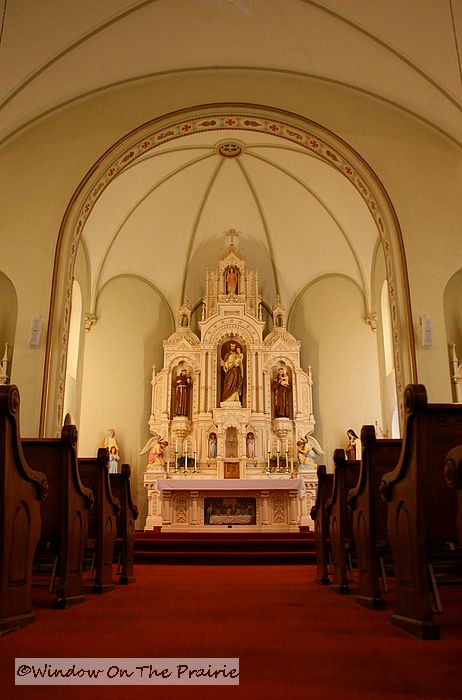 View of the Main Altar

When built, these early churches were typically modeled after the ones the immigrants had left behind in Europe. 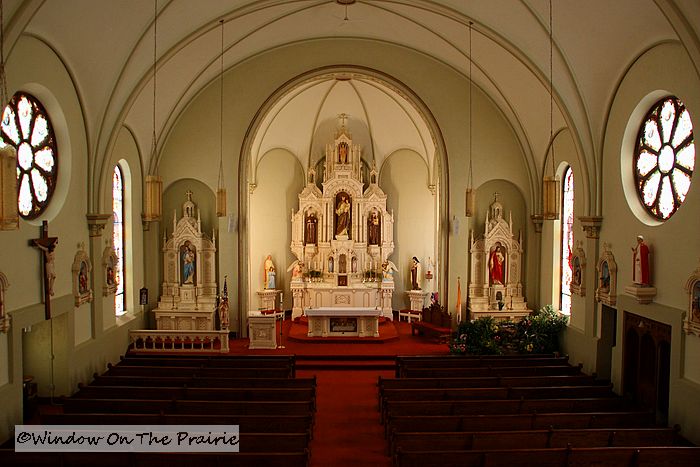 View from the choir loft

The buildings themselves were built by the community from local materials, but when it came to the stained glass windows, statues, church bells, and altars, these were imported from Europe. 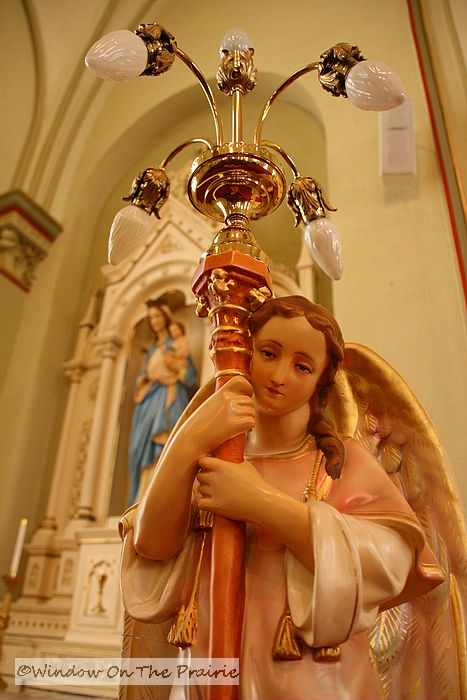 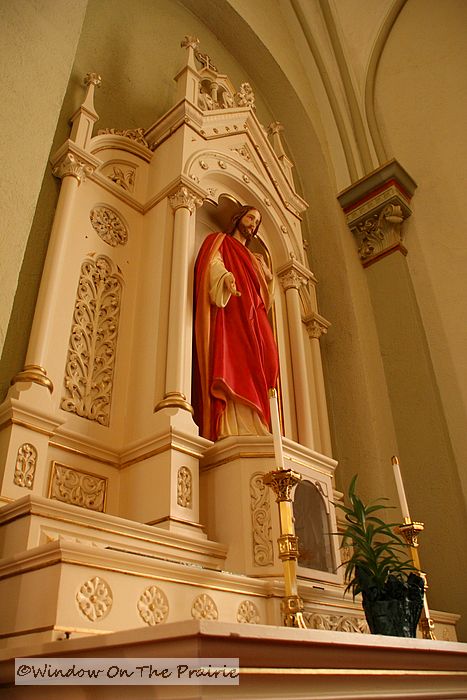 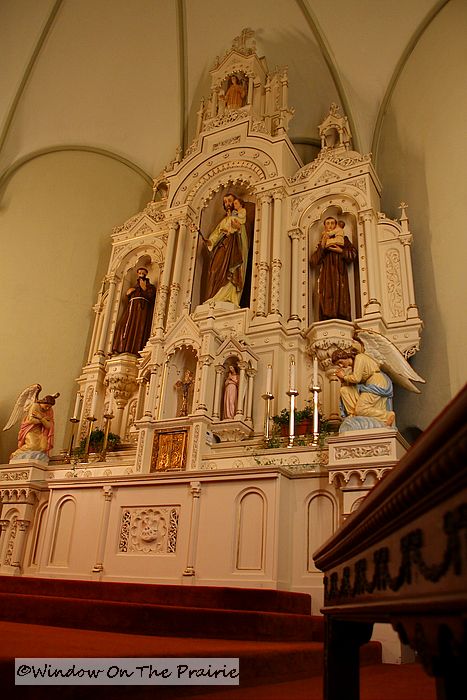 I marvel at the fact that this delicate stained glass made its way across the Atlantic, and then overland to the Kansas prairie reaching its destination intact. 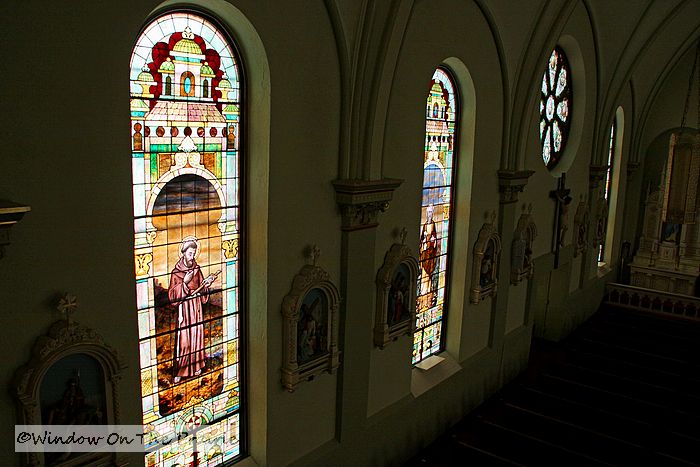 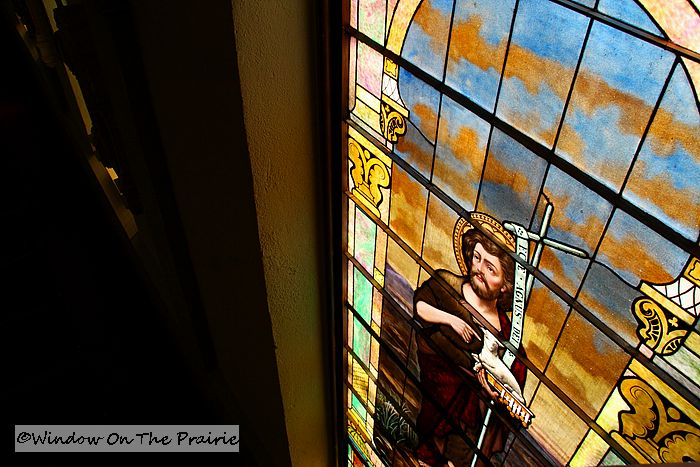 And I love this hand-carved woodwork. 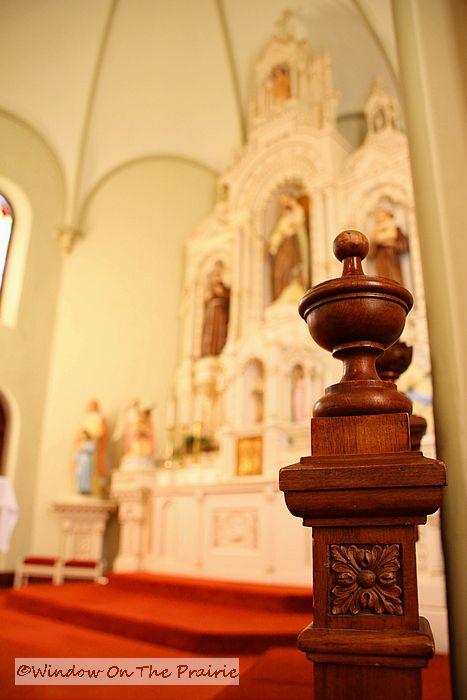 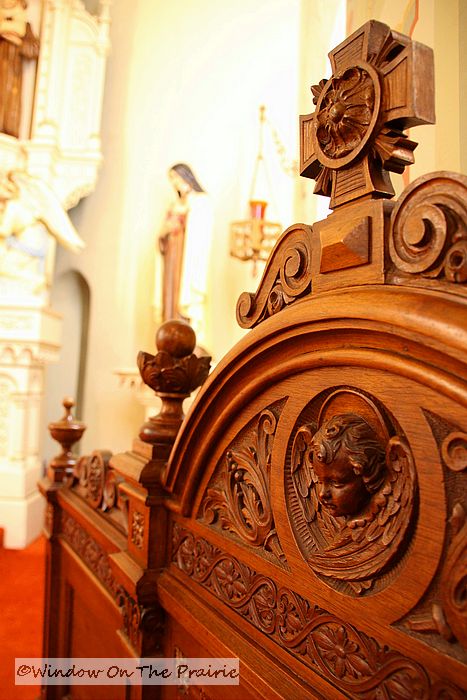 Today, this parish retains its early German heritage, in part, by the singing of German Christmas carols every year at midnight Mass.

——->  Wednesday:  Come along and watch as Harland mows hay, which will later be baled and then fed to our cattle this winter.