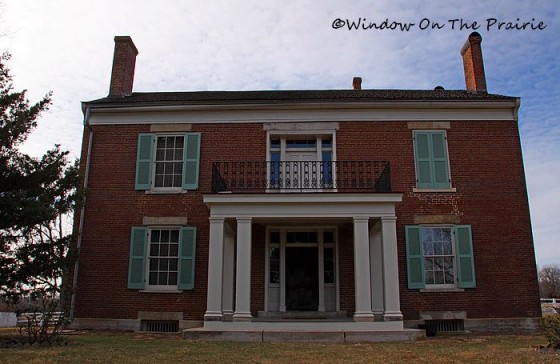 Want to tour a house built in 1850 by a man who also built and ran a woolen mill?

We did too, so we paid a visit to the Watkins Woolen Mill State Historic site near Liberty, Missouri a couple weeks ago.

In 1839 Waltus Watkins moved with his wife and young family into a 2 room log cabin on a piece of land he named Bethany Farm. His growing family soon outgrew the cabin, so in 1850 he began construction of a 2 storey brick home with 8 bedrooms and 2 parlors. He designed the home himself and made the bricks from clay on his own land. 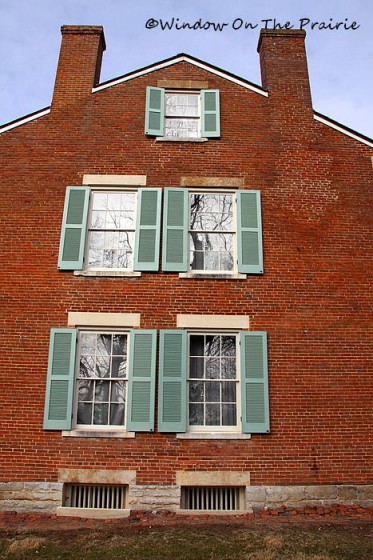 Four years later, he and the family moved in. It must have been a wonderful experience to move out of the cramped cabin and into the spacious mansion. Here Mr. Watkins and his wife, Mary Ann, would raise 9 children and 2 foster children.

A long drive leads up to the front of the home. Just inside the front door, you see a gracious winding staircase made of walnut, 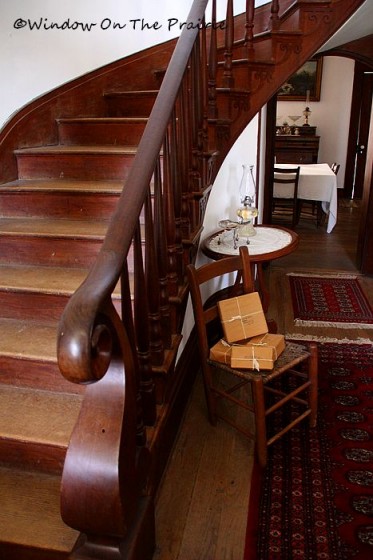 and a tray ready to receive calling cards from visitors. 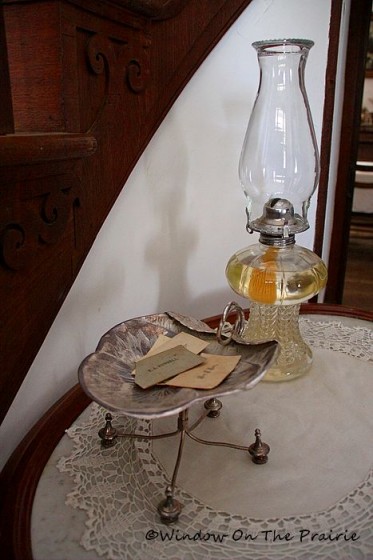 To the right is the formal parlor where guests were received and entertained. A piano awaits a cheerful tune. 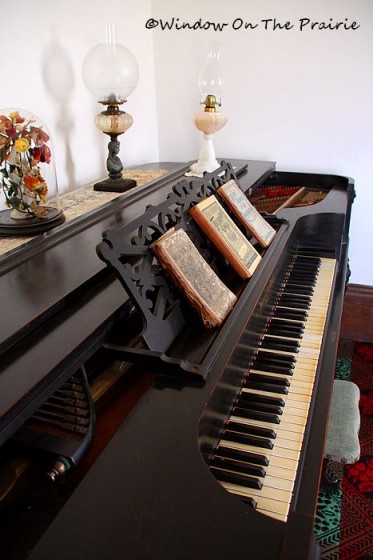 The opposite parlor was for the family and contained a small library of books and childrens’ toys. 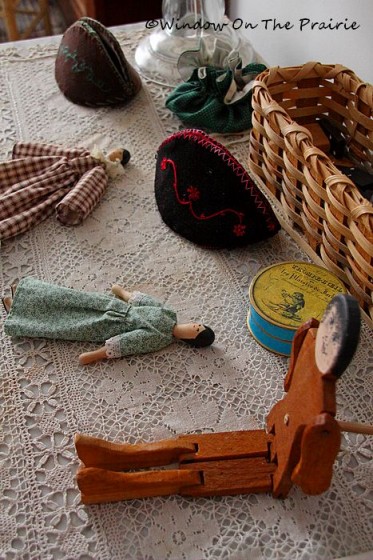 From the family parlor, you can enter the dining room. 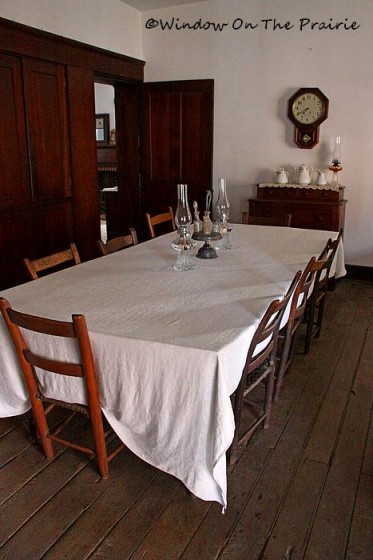 And adjacent to the dining room is the winter kitchen, now containing a loom for weaving rugs. 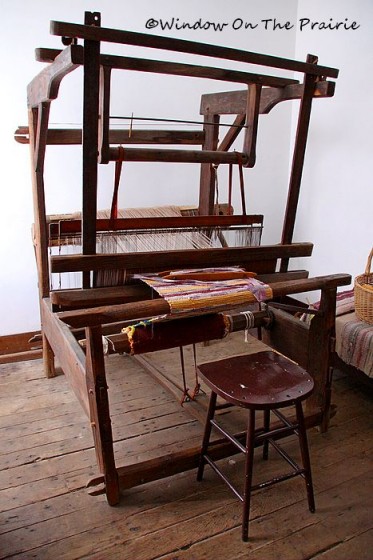 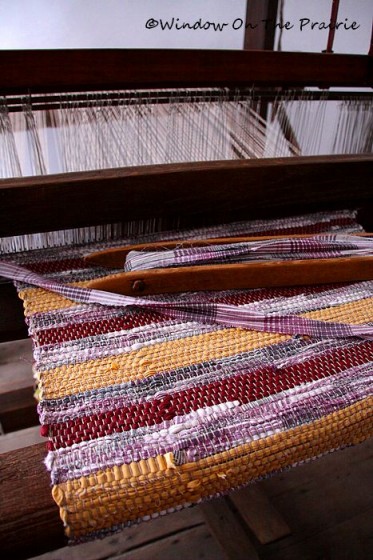 There was also a separate summer kitchen which we’ll see later. The walnut staircase takes you up to the next floor where you can access 2 large bedrooms, a guest bedroom 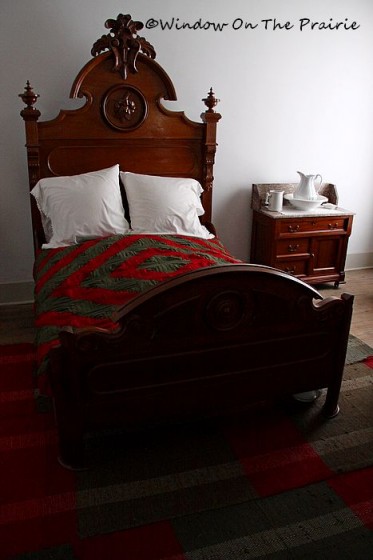 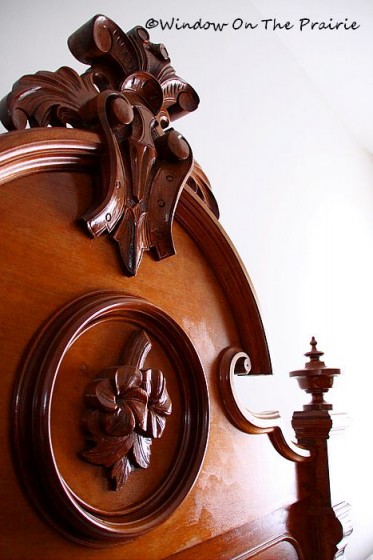 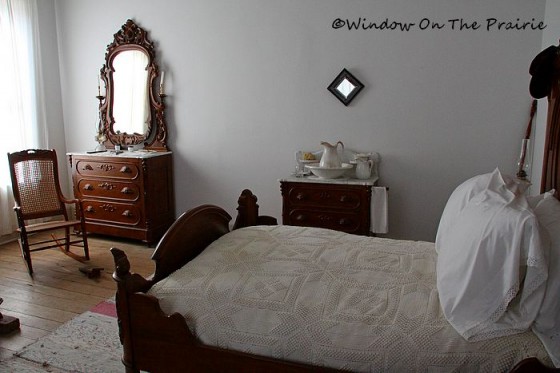 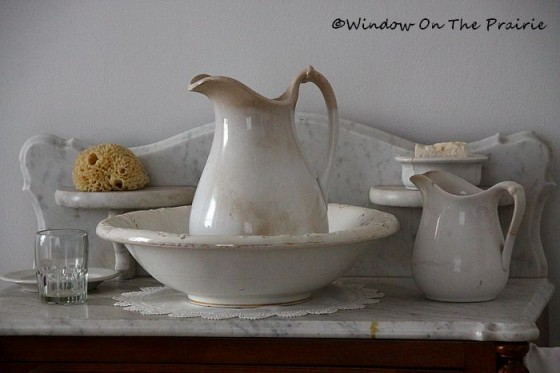 There are also girls’ and boys bedrooms on the 2nd floor, but accessible only by their own separate small staircases. There was no access between the girls’ bedrooms and the boys’. The reason for this is that Watkins had several daughters, and sometimes he had male boarders, workers at the mill, staying in the boys’ bedrooms, 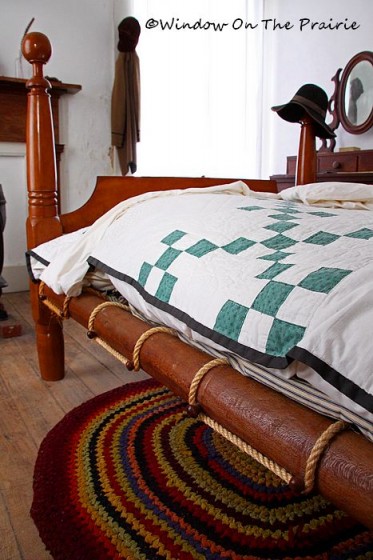 so he deemed it best that the girls’ bedrooms have separate private access. And for added insurance, the only access to the girls’ bedroom staircase is through Grandma’s bedroom. Grandma was, in effect,  an 18th century equivalent to a modern security system. 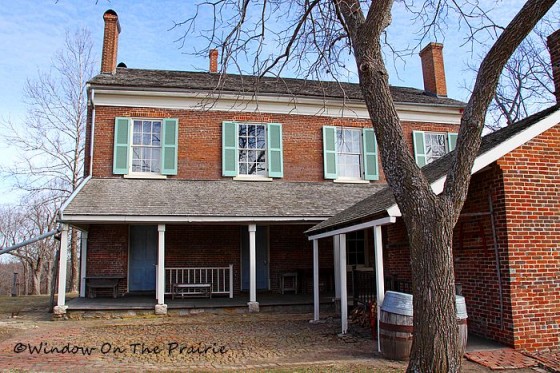 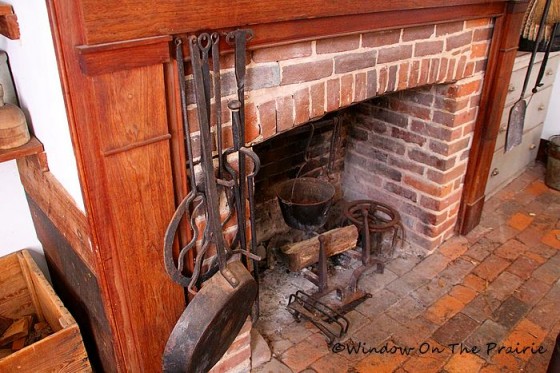 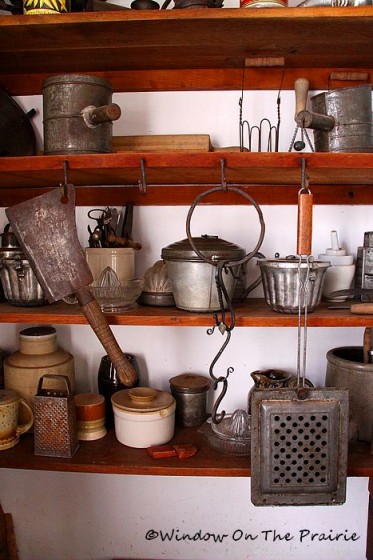 It was not uncommon back then to have a kitchen in a separate building used only in the summer. It kept the house cooler, and if the kitchen caught fire, it wouldn’t take the whole house too.

The tour doesn’t include the basement, but we were told that was where they had a small dairy where they made cheese and butter.

The acreage surrounding the house had a large orchard with many kinds of fruit trees, and the Watkins dried their own fruit in a large drier house heated by a small wood fire. 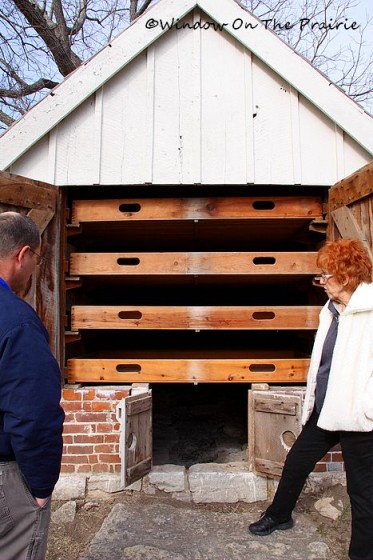 Large trays could be pulled in a out to add or remove fruit.

They also raised many chickens and turkeys for eggs and meat. 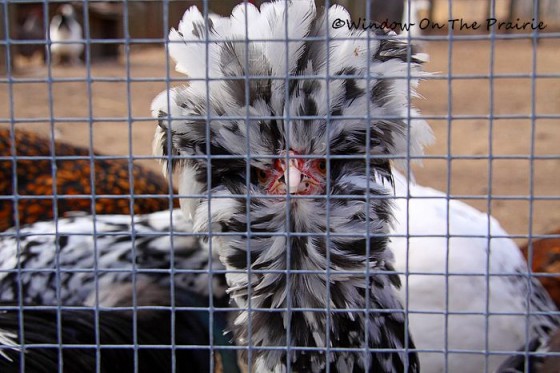 They also had a large garden too where vegetables and herbs were grown of every kind. 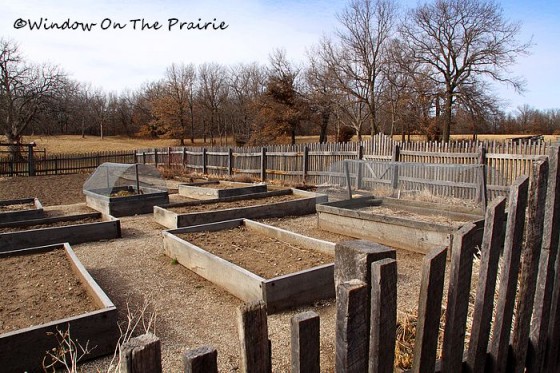 At about the same time the house was being constructed, Mr. Watkins built a grist mill, sawmill, and a woolen mill.

Tomorrow, I’ll show you the 3 storey brick woolen mill, which still contains all the old machinery for turning sheep’s wool into fabric. See ya then!