So after watching the Bison in Custer State Park, we continued on our way keeping an eye out for other wildlife.

We didn’t go too far before we saw a pair of Pronghorn Antelope grazing at the road edge. 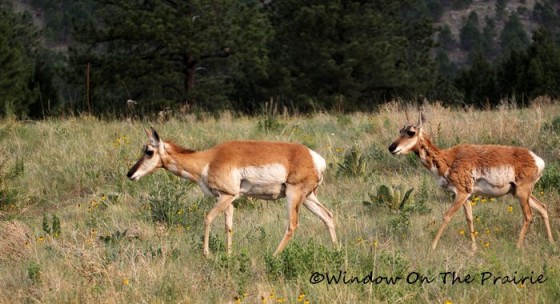 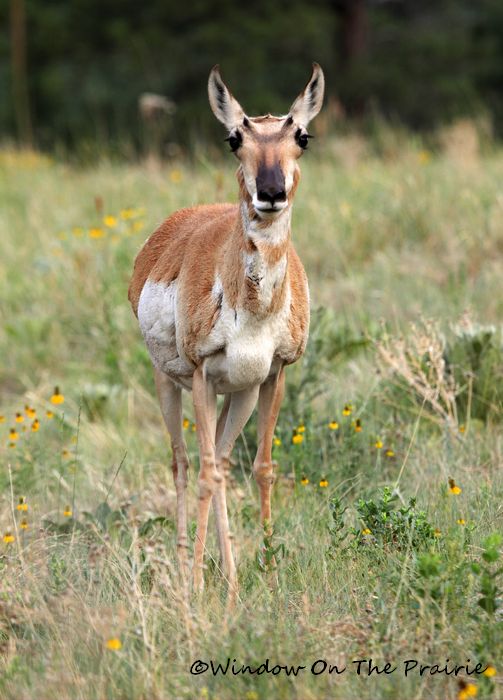 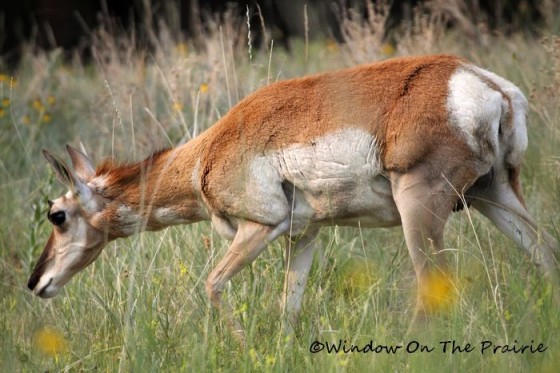 Just look how big their eyes are!  This is how they can have the 320 degree field of vision. 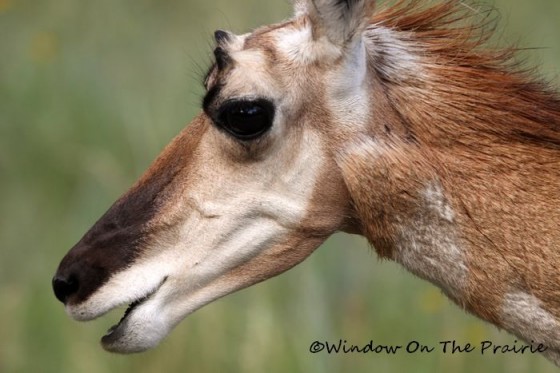 Later, we drove to the nearby Wind Cave National Park where we saw more Pronghorns, a group of females, 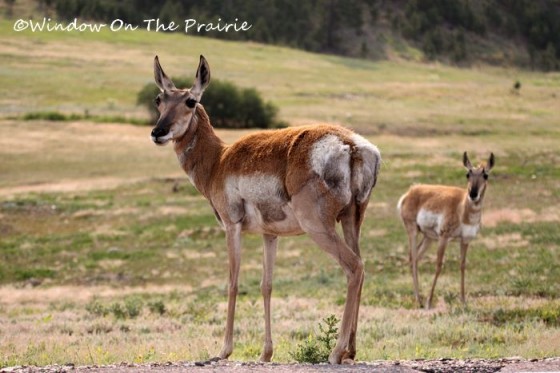 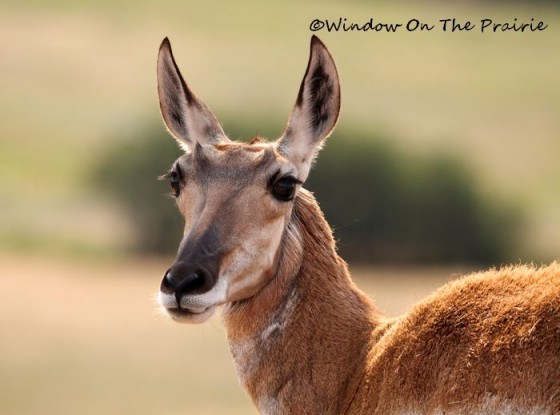 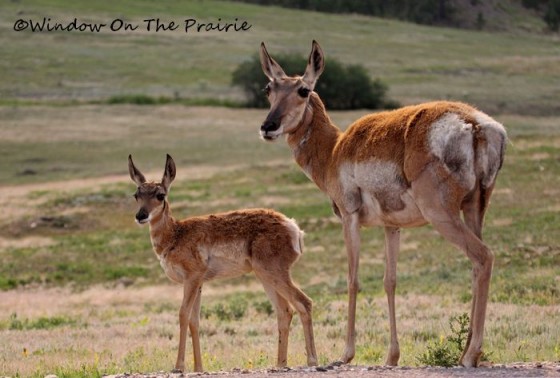 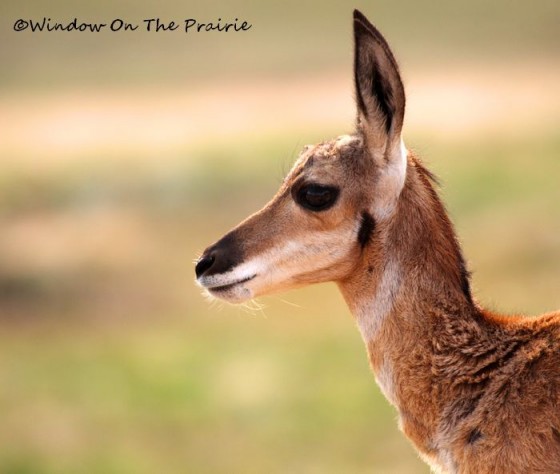 Check out the legs of the adult below. 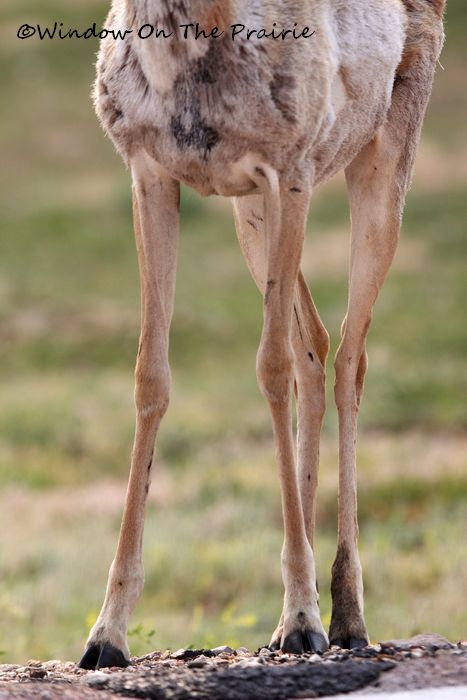 Hard to believe that these thin fragile looking legs can run over 50 miles per hour.

Here’s the adult male in the group: 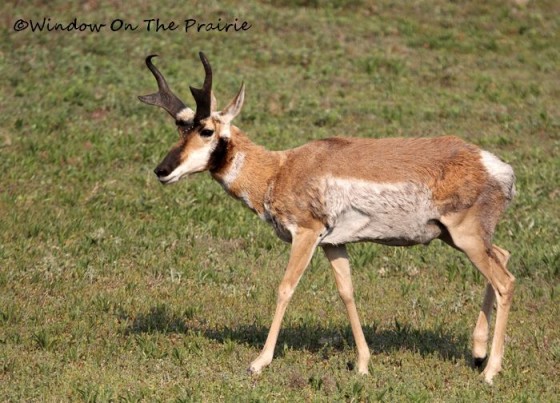 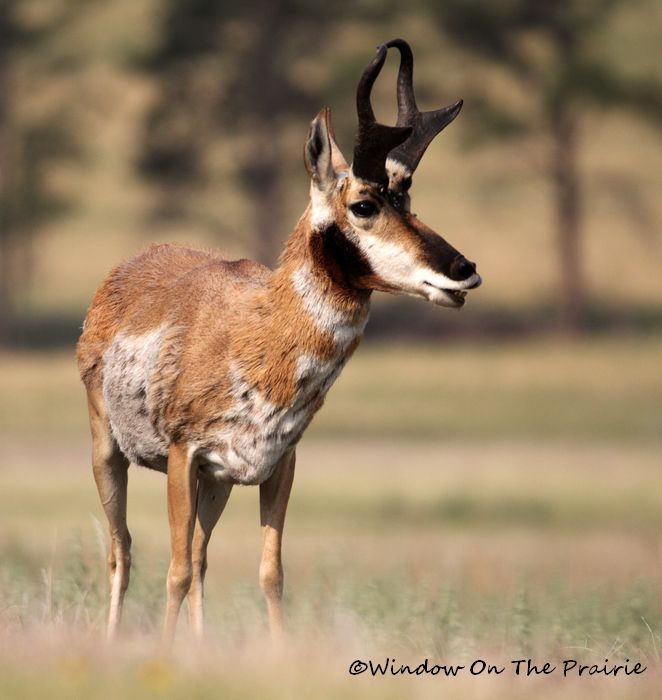 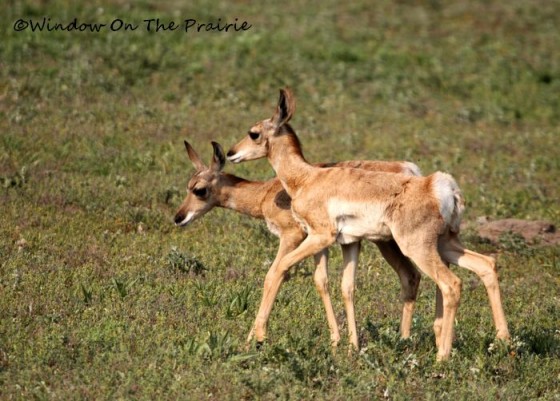 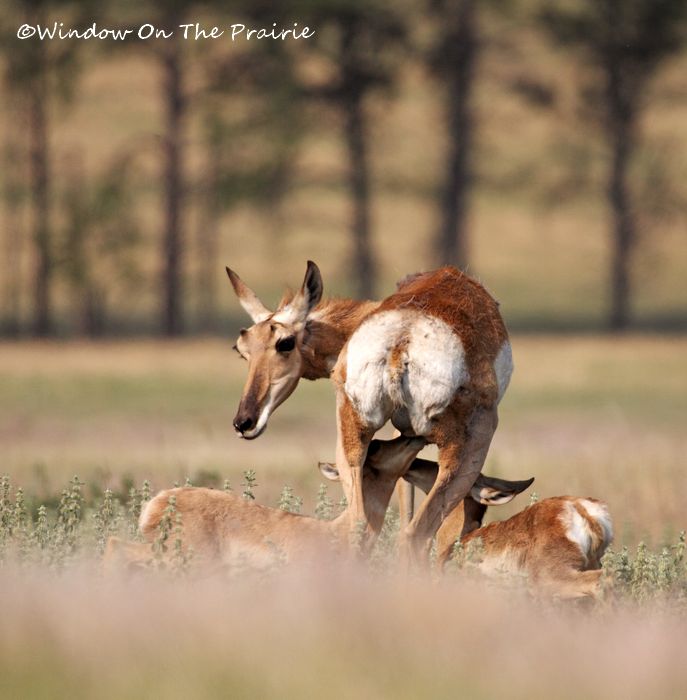 This is a hoot: A group of females had left their fawns behind and went to graze. One of the does then came back to check on her baby. 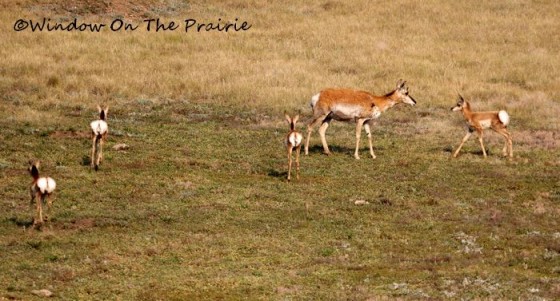 All the other fawns came running.

And so she was mobbed. FIVE fawns were trying to nurse at the same time. 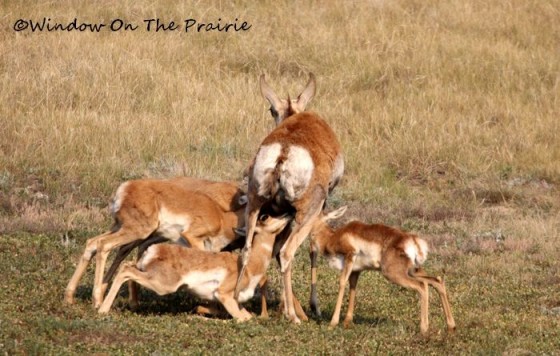 Probably she’s a first time mom, and not used to this kind of craziness.

But she finally walked away…. 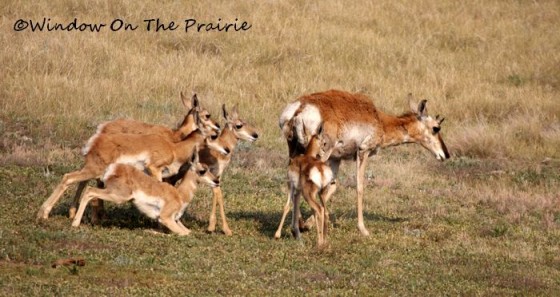 much to the surprise of the babies.

And so they followed her.. 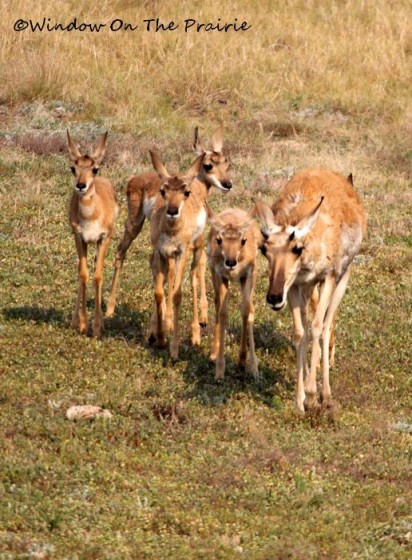 until she began to butt them away. 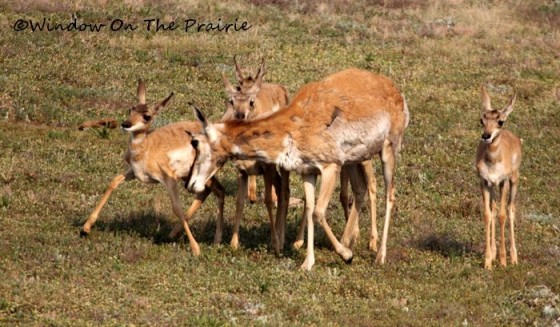 She’s getting the hang this mothering deal, “I only gave birth to one, and I’m only nursing one. The rest of you beat it!”

We’ve seen Pronghorns in western Kansas, but usually from a great distance on a far away hill. In the wild they are very shy and skittish, so seeing them up close was quite a treat for us. They are beautiful amazing animals.

I have a few more things to show you from our vacation, so bear with me.

Have a great day!