On the 3rd day of our vacation we were up before the sun . We wanted to see the bison herd that Custer State Park is famous for. The best road to drive in the park to see the bison and also pronghorn antelope, bighorn sheep, mountain goats, deer, elk, turkeys, and prairie dogs is the Wildlife Loop road. We figured the wildlife would be more active in the morning, and there would be fewer people out and about. We were right on both counts.

As we drove down the winding road through the pine woods we left the windows open to enjoy to cool morning air. The sunlight broke through the trees and all was quiet.

Then as we came around a corner we met the unexpected: 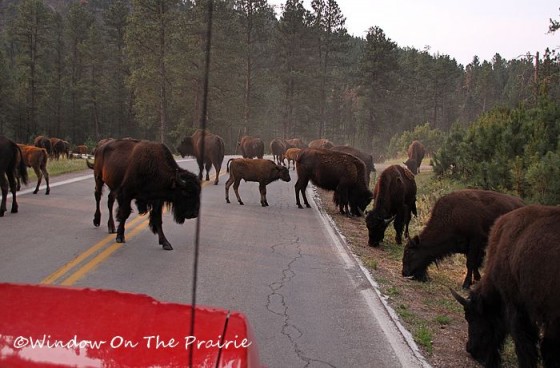 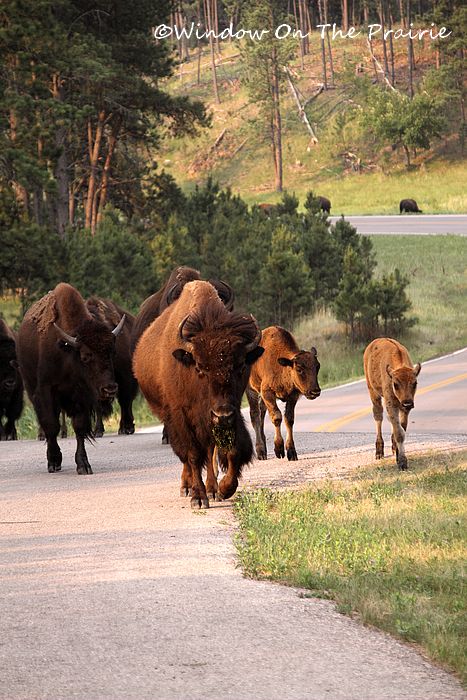 We’re used to seeing bison on the treeless prairies of Kansas, and were expecting to see Custer’s bison on the prairie as well.

What a pleasant surprise!

We pulled over into a small parking area to watch them for a while. They didn’t seem to take much notice of us as they went about their business. 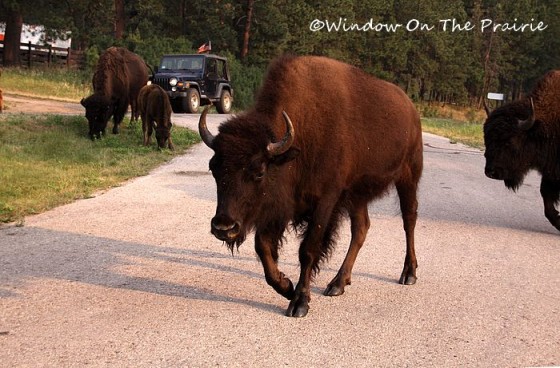 I enjoyed taking pics from the safety of the truck.

Harland wanted to get closer, much to my dismay. 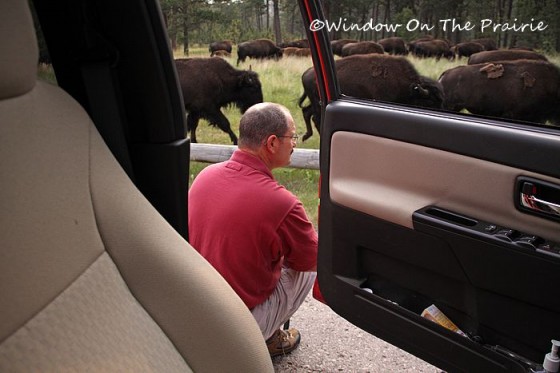 Here’s something you don’t see out your windshield every day: 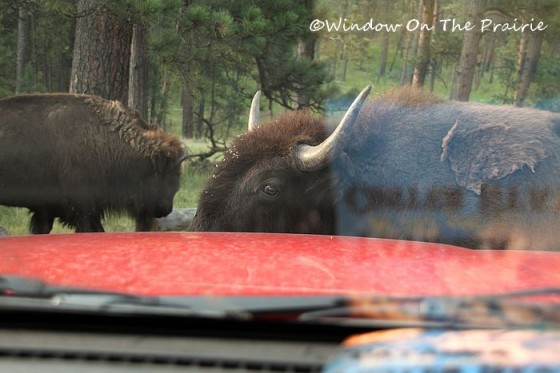 Two cyclists zipped on down the road past us, the lead one cruising on down the hill into the curve with the bison scattering away in all directions. 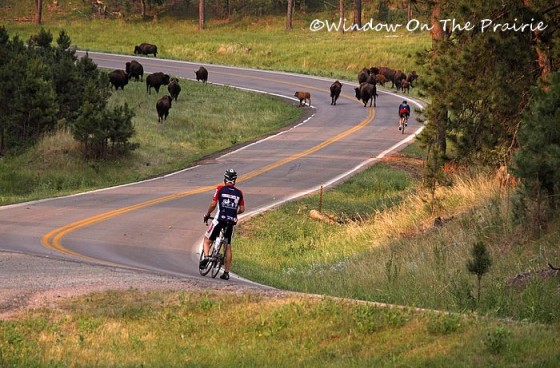 The second cyclist was not quite so brave. He waited to see the outcome of the first cyclist before continuing on his way.

Stirred up by the cyclists, the bison herd left the trees and headed to a open prairie area just down the road. We followed along. 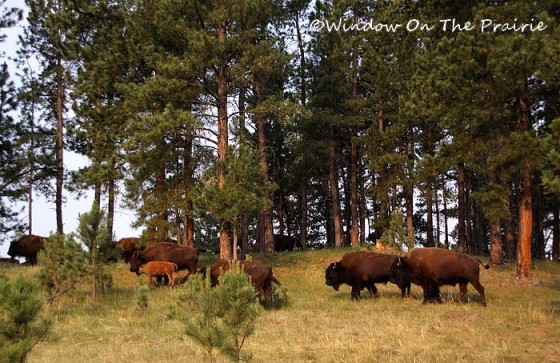 Once out in the open, we could finally see just how big the herd is. 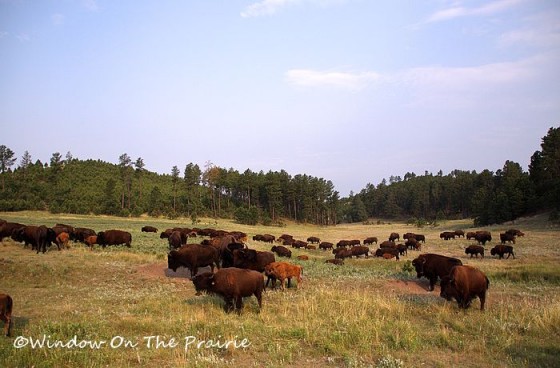 All the baby calves were so cute. 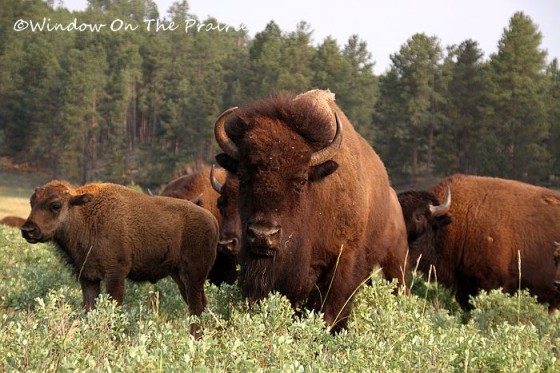 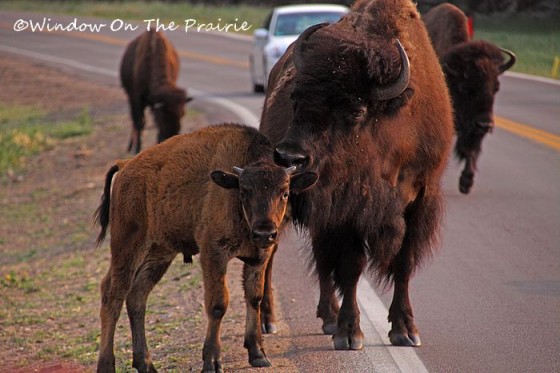 "Hold still junior. You've got a dirty spot behind your ear." 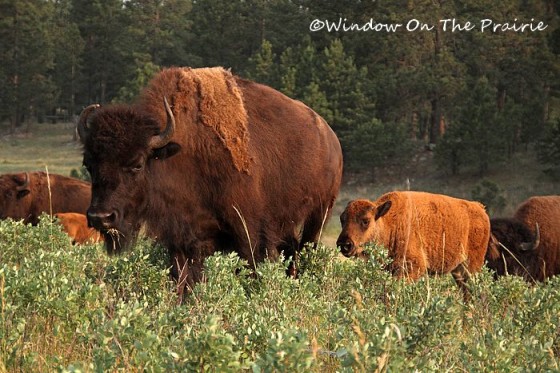 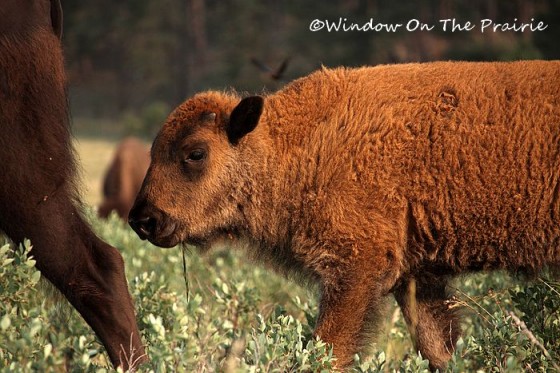 The one in the next 2 pics is a newborn less than a week old. See the stump of his umbilical cord hanging down? 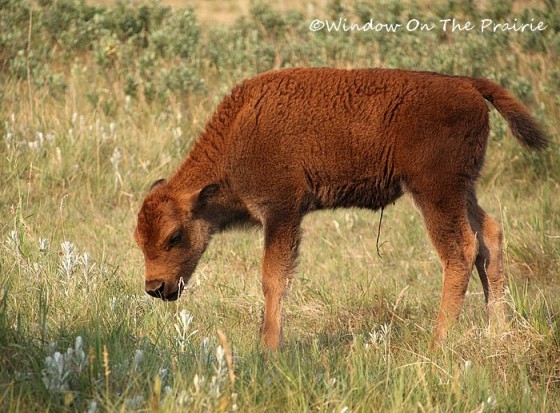 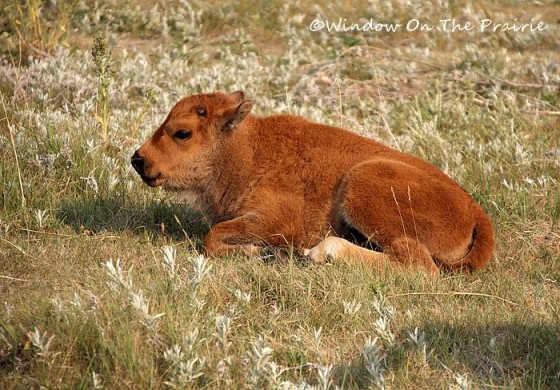 The young babies stuck close to their mamas. 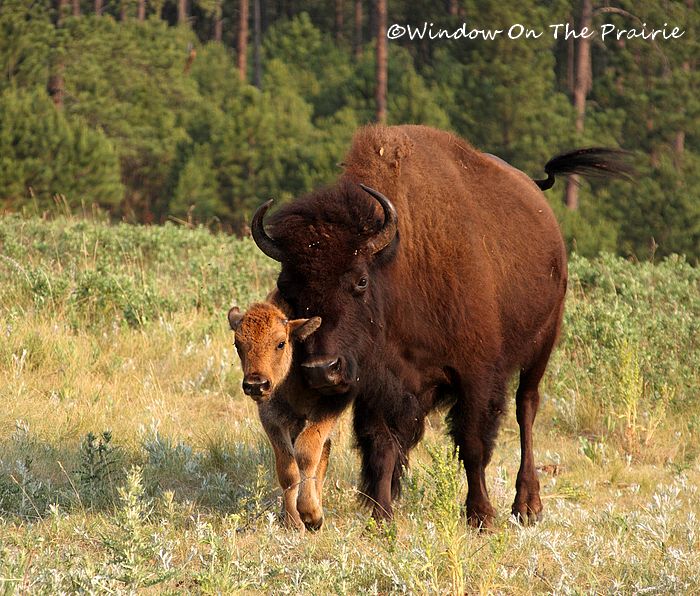 One of the bulls stopped just outside Harland’s window to stare at him for a while. 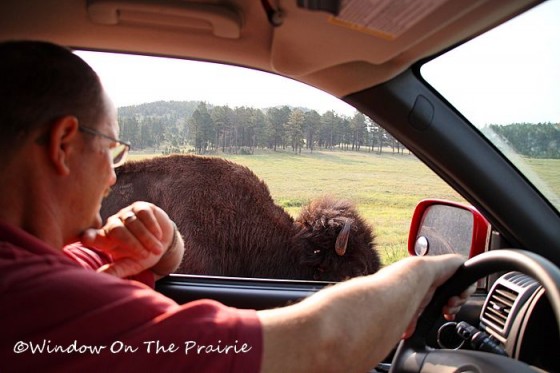 The bison, as well as all the other animals in the park, have the right of way. 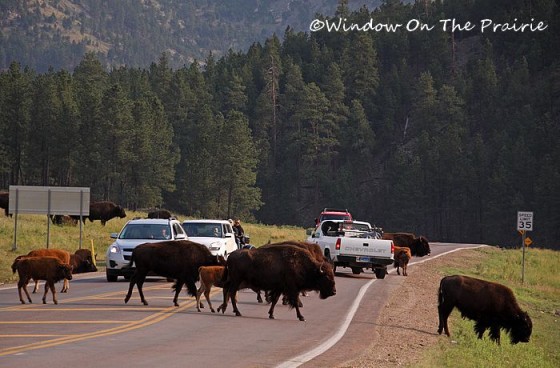 After a while, we left the herd behind and headed up the road to see what other wildlife there was to see. And we didn’t have to drive far.

Just up the road we ran into some pronghorn antelope and they had little babies too!