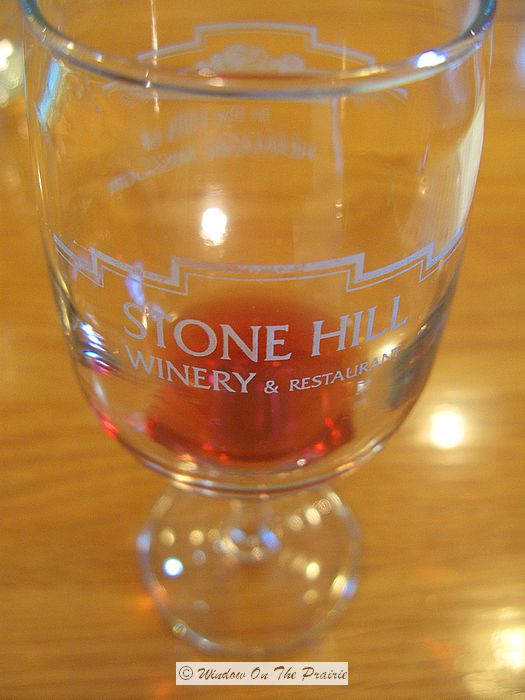 Sunday afternoon, as part of our weekend getaway trip to Hermann, Missouri, Harland and I visited the Stone Hill Winery. 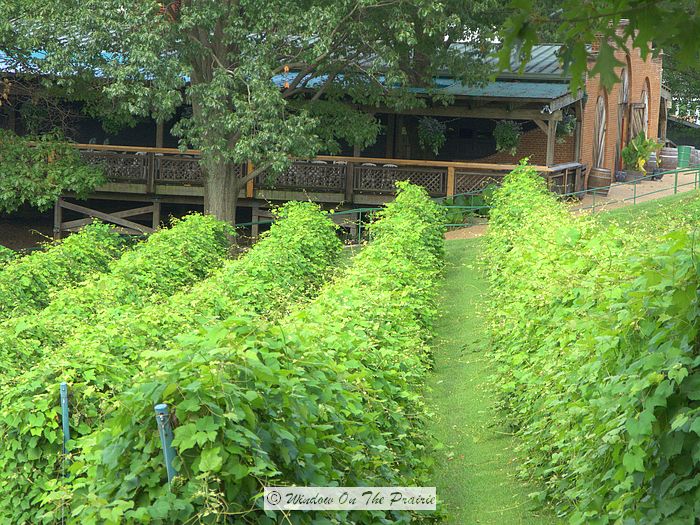 We had never toured a winery before, so it was a fun new experience for us. First we took the tour, and then enjoyed a wine tasting. The tour started near this lovely old 1800s building. 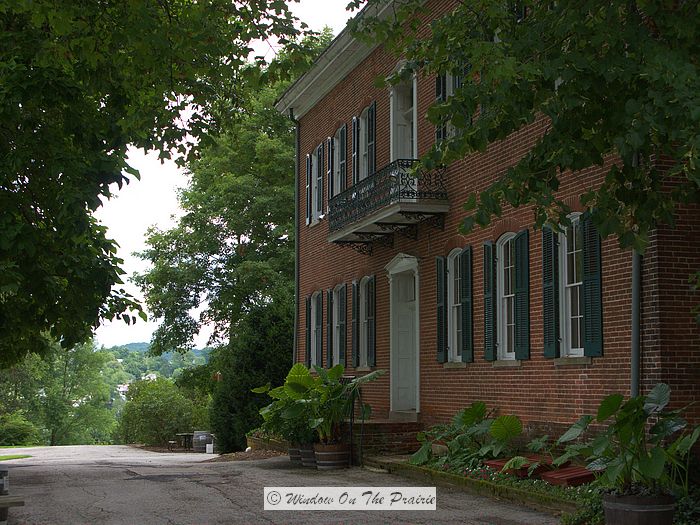 In 1837 a group of German settlers arrived from Philadelphia to start a town of their own called Hermann. The settlers decided that the hills overlooking the Missouri river would be  good for growing grapes, and so grapevines were planted throughout the growing town and surrounding hillsides. 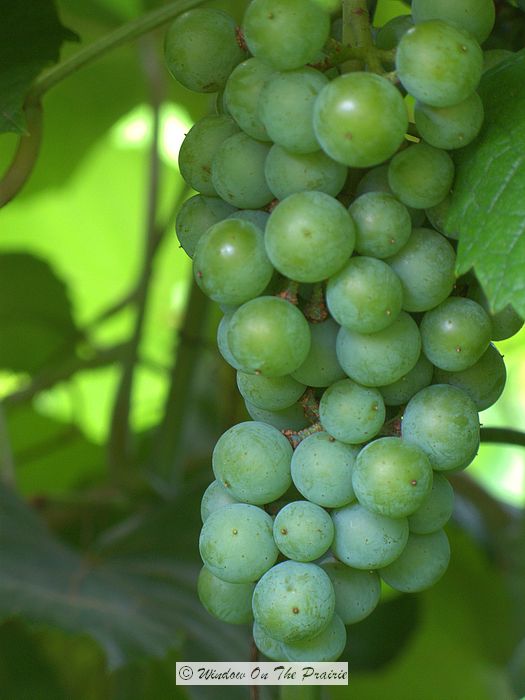 Soon, there were over 600 wineries in and around Hermann. Stone Hill Winery began in 1847.  Vaulted wine cellars, the largest in the US, were dug out of a hillside over a period of 20 years. Vines were planted, and wine production began. 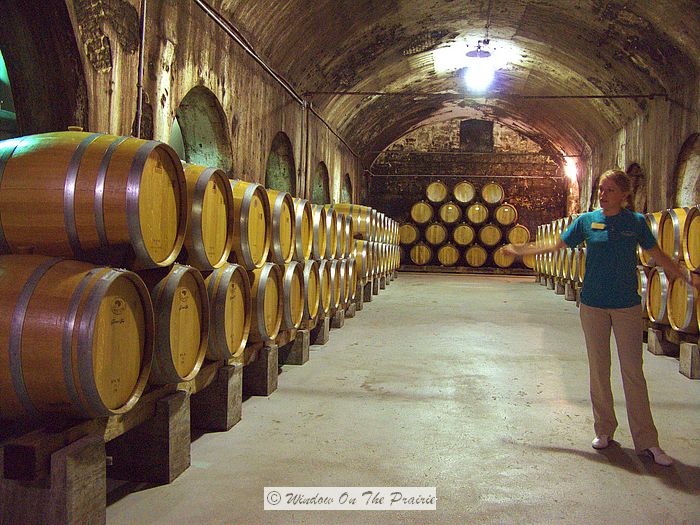 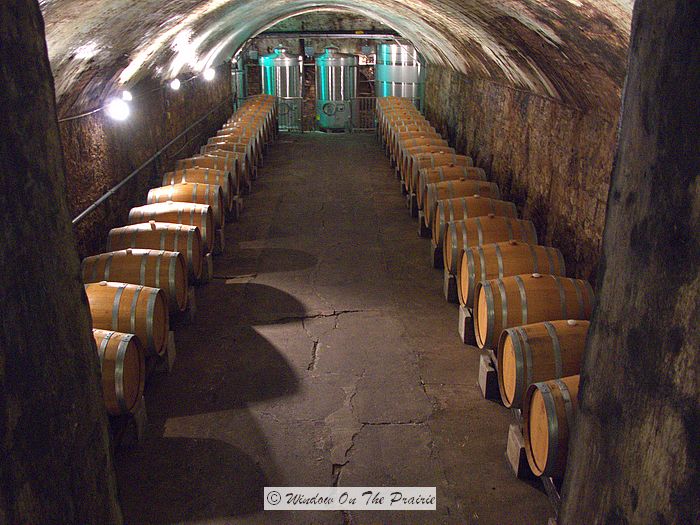 In 1873, Stone Hill was awarded the first of 8 gold World’s Fair medals in Vienna. By the turn of the century, it was the 2nd largest winery in the US, shipping 1,250,000 gallons of wine annually. At this time, Missouri was the 12th largest wine producing area in the world, producing 3 million gallons annually, and nearly all of that was from the Hermann area which boasted 11,000 acres of vinyards.

But in 1920, Prohibition ended this golden era of winemaking. Government officials tore vines from the ground, destroyed wine barrels and winemaking equipment, and poured over a million gallons from Stone Hill alone into the Missouri river. It was said that the river literally ran red for several days. Prohibition and anti-German sentiment during World War I created an economic depression in the area years before the start of the 1929 Great Depression. The owners of Stone Hill turned to growing mushrooms in the former wine cellars.

Then in 1965, a young couple purchased Stone Hill determined to restoring it to its former winemaking glory. Grapevines were planted, the mushrooms removed, and the first wine produced several years later. Today, Stone Hill is Missouri’s oldest and most awarded winery, producing over a quarter million gallons in 2009 alone.

After our tour through the wine cellars, we were treated to a wine tasting, another first for us. 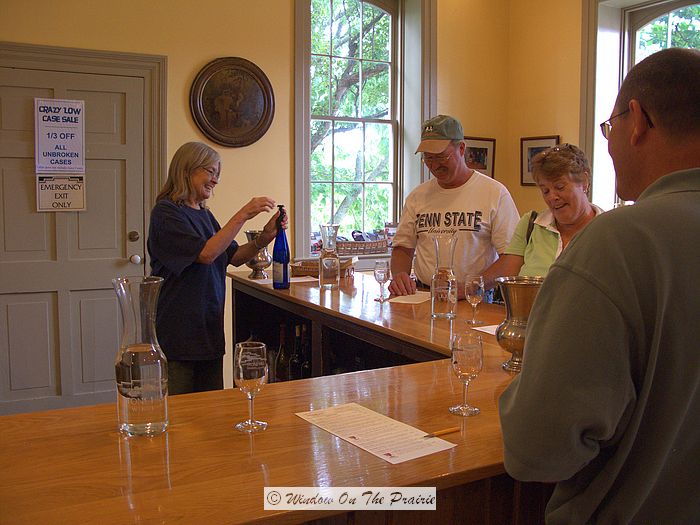 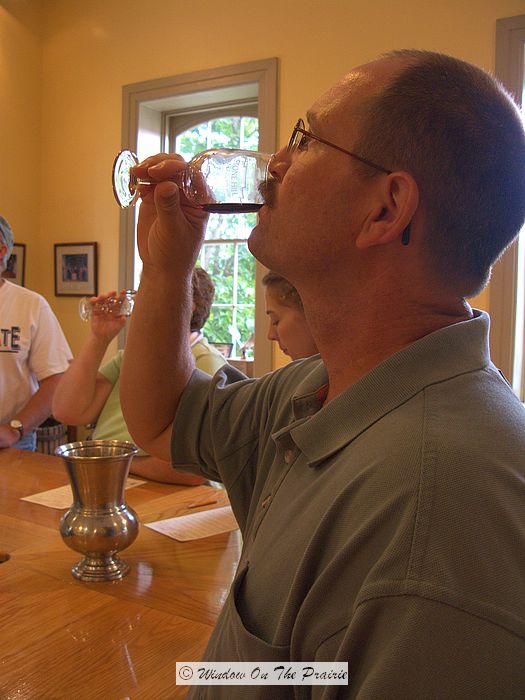 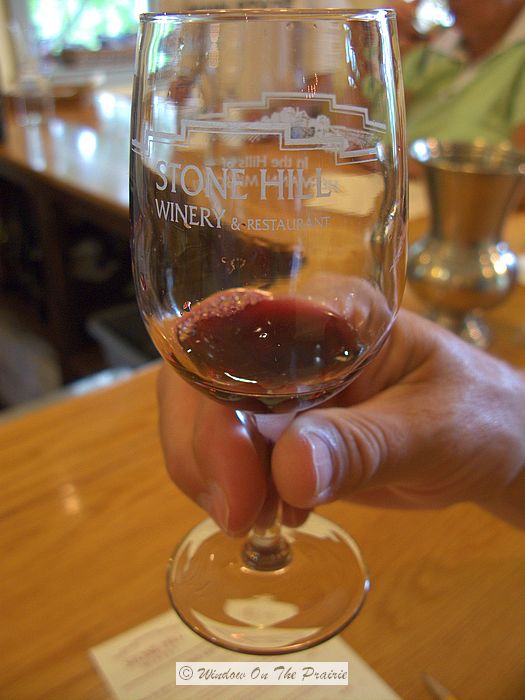 Afterwards, we tottered walked into the gift shop. 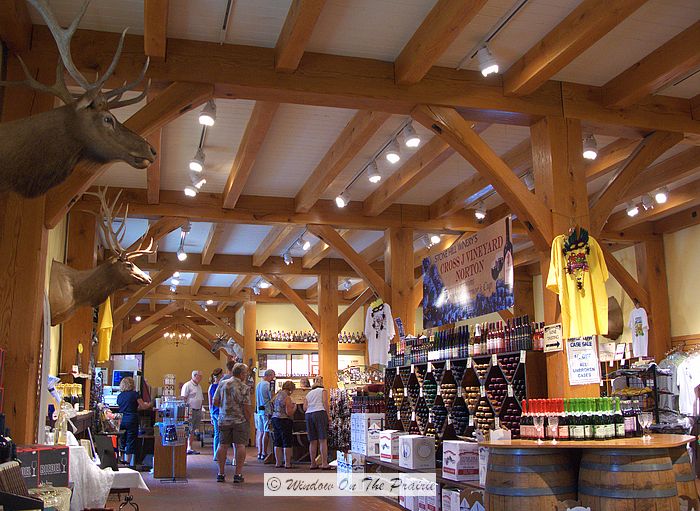 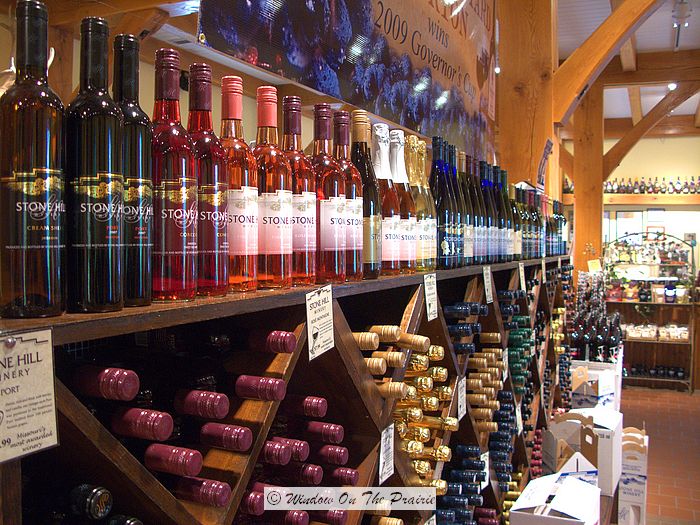 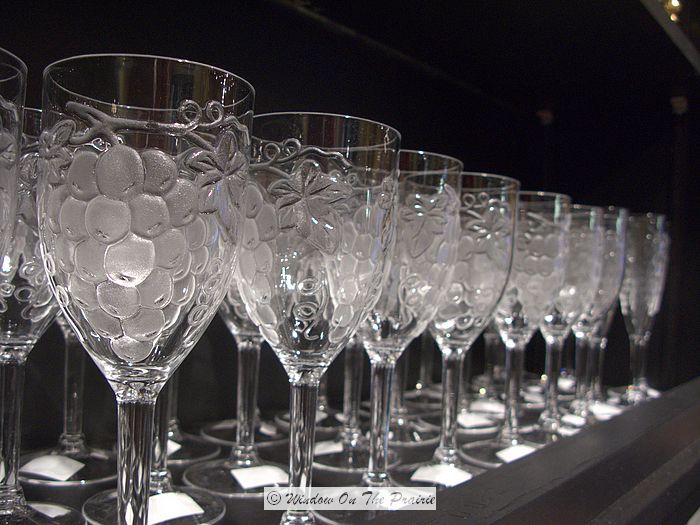 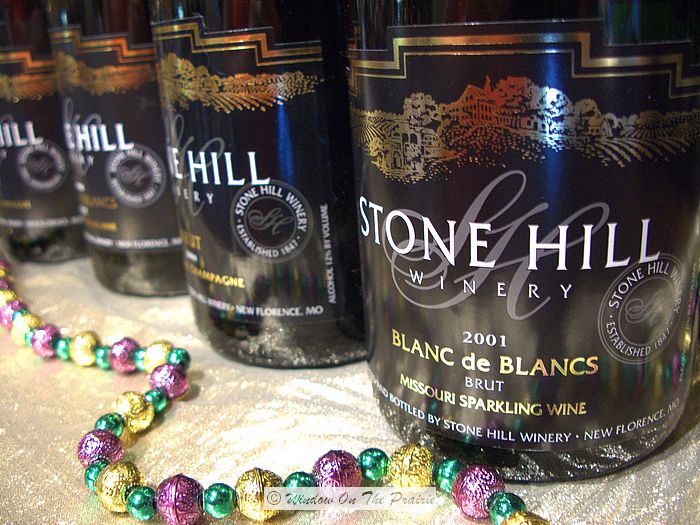 We thoroughly enjoyed our first wine tour, and left Stone Hill with 4 bottles of excellent wine.

Tomorrow, a quick look around Hermann, and a ferry boat ride across the Gasconade river at Fredericksburg. See ya!