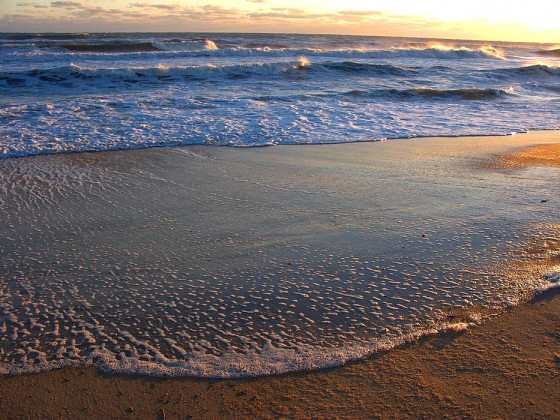 In the fall of 2008, Harland and I planned a trip to Virginia and Washington DC, a short vacation to be taken over the Christmas holiday. One day, Harland asked if we should go further on to North Carolina and stay on the coast for a couple days. Hmmmm…..2 landlocked flatlanders from Kansas visiting the ocean.  It may have tipped the world off its axis, but we went for it anyway, and it turned out to be the highlight of our trip. Harland had never visited any ocean before and he was transfixed. 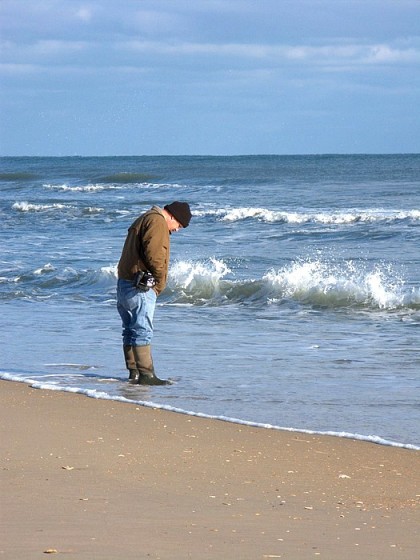 He came prepared – those are his chore boots he’s wearing, the same ones he slops through the cow lot in.

We stayed at a hotel right on the beach (cheap off-season rates), and he was out at sunrise to take pictures. 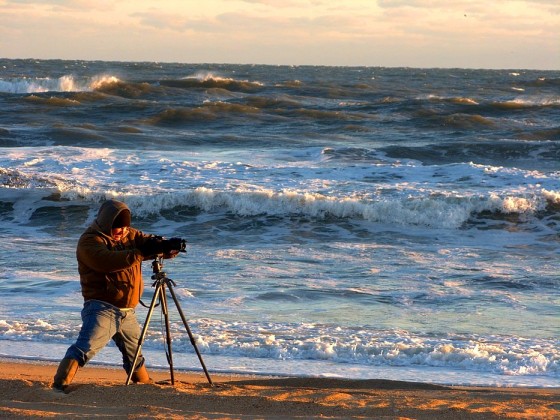 I dragged myself out a little later in the morning, but still caught some of the early morning light. 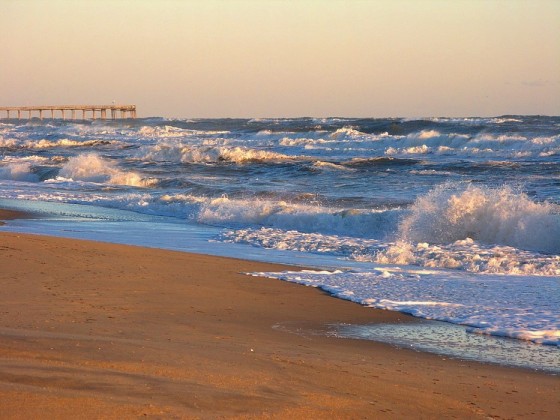 Even this gull seemed to enjoy watching the surf. 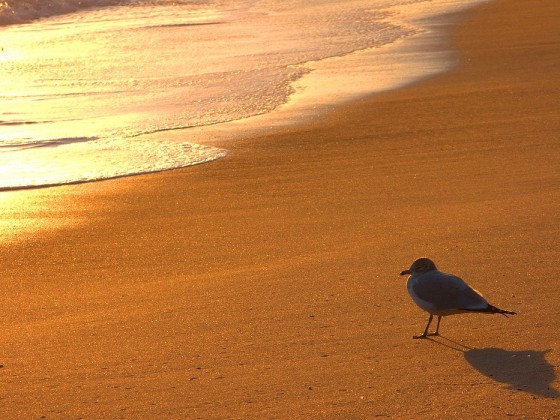 I loved looking even at the simple things, like the well-worn shells in the sand. 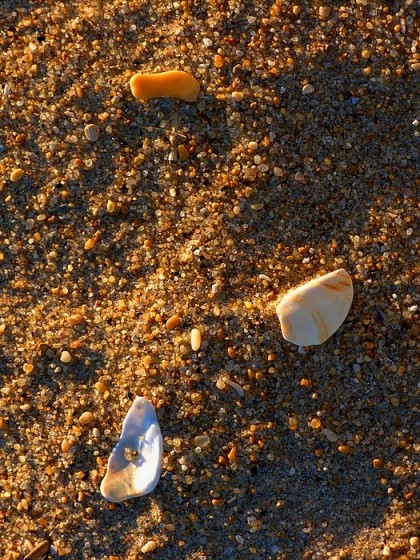 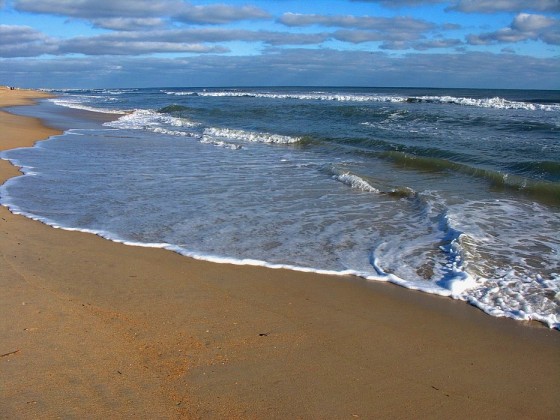 We spent the day driving up and down the coast visiting lighthouses. 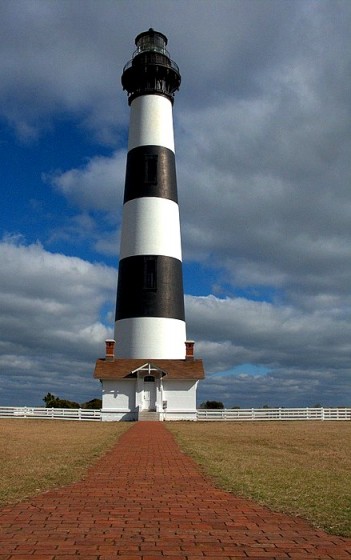 Bodie Island Lighthouse was built in 1872 and is 156 feet tall. It was not open for tours when we visited in December 2008, but restoration started in August 2009, and is expected to be completed in early 2011.

And here is Cape Hatteras Light. 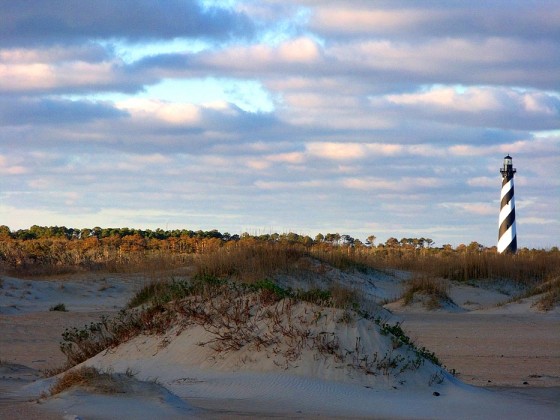 Two hundred feet tall, it is the tallest lighthouse in America. It was constructed in 1870, but due to shore erosion, it was moved in 2000 further from the coast. It was lifted up and moved inch by inch on rollers on top of rails 2870 feet inland. The job was controversial at the time because many thought that it would crumble into a heap. But it endured its short journey, and now rests safely away from the pounding surf, but still shining its light for all to see.

As evening approached, we were drawn back the beach to enjoy the sunset. We found a place where the shore curved just enough to catch the setting sun.

I watched this sandpiper as he ran up and down just out of reach of the surf repeatedly driving his bill into the sand looking for supper. 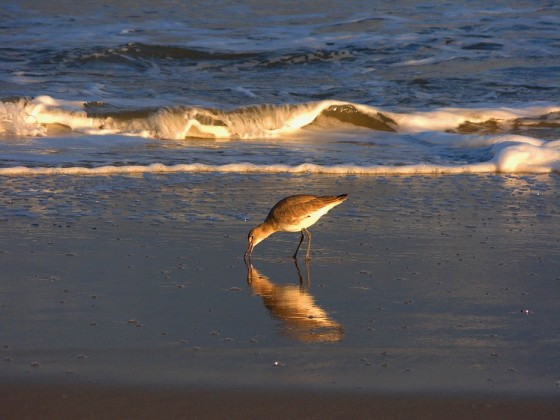 That evening was very cold, damp, and windy, but the sunset warmed the sky. 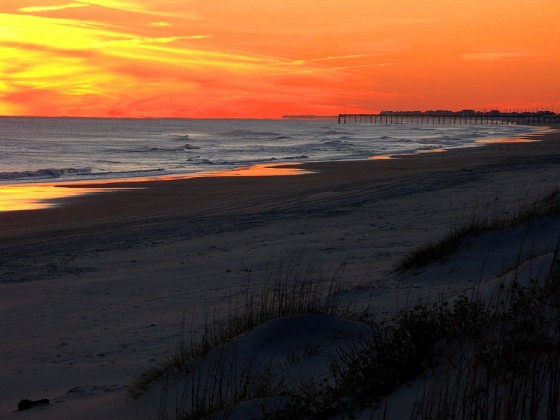 And we finished our day as it had begun – watching the waves go in and out. 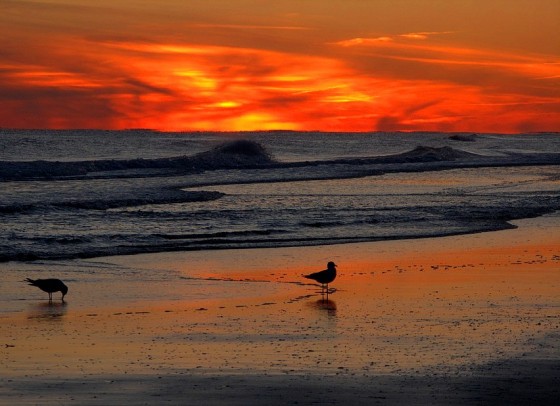