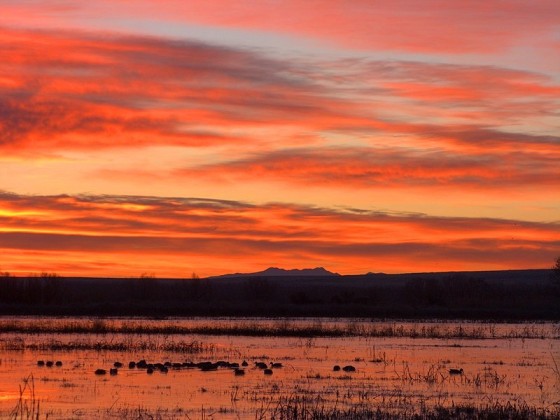 Last December Harland and I did a whirlwind tour of New Mexico, Arizona, and Utah. One of our stops was Bosque Del Apache.  Located in the Rio Grande Valley in New Mexico, it is a 57,000+ acre wildlife refuge containing migratory populations of sandhill cranes, ducks, geese, and bald eagles.  Year-round residents include mule deer, coyote, porcupine, muskrat, turkey, quail, pheasant, and roadrunner. Harland has been there several times and spoken in reverent tones about the huge numbers of birds, the sandhill cranes, and the amazing light.  For me, this was a first trip, and while I was impressed with the birds, especially the sandhill cranes with their raucous calls, what blew me away was the light. 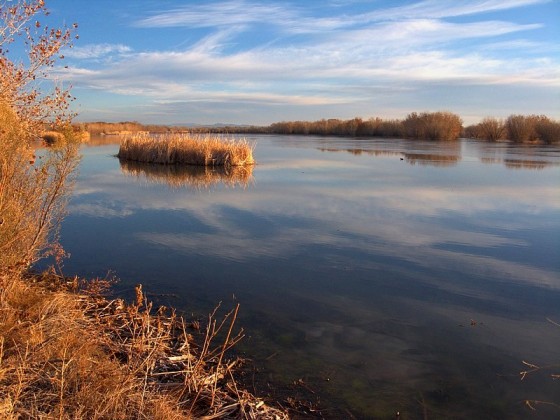 The air was crystal clear, and the colors of the grasses, water, and sky were vibrant. I’ve never seen light like there was there. Whether it’s the elevation, the humidity, the color of the soil, or all of the above- I don’t know. But it was hard to take a bad picture with that light. 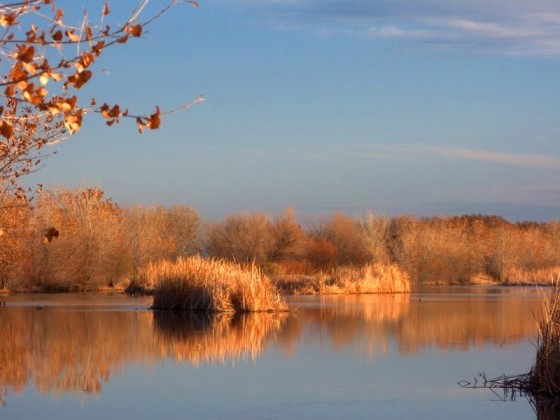 Also, seeing the sandhill cranes was special for us too. These photographers, who had been there since before sunrise, were lined up along a marshy pool waiting for the cranes to fly off out into the fields to feed for the day. 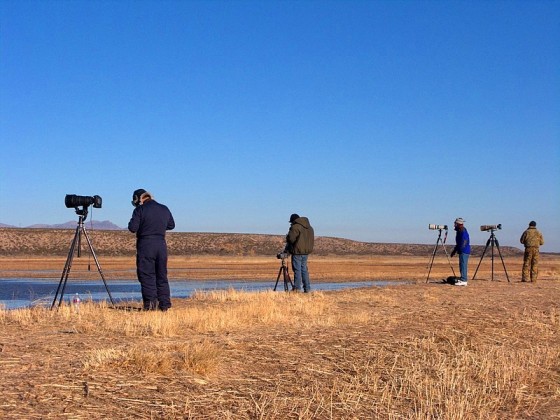 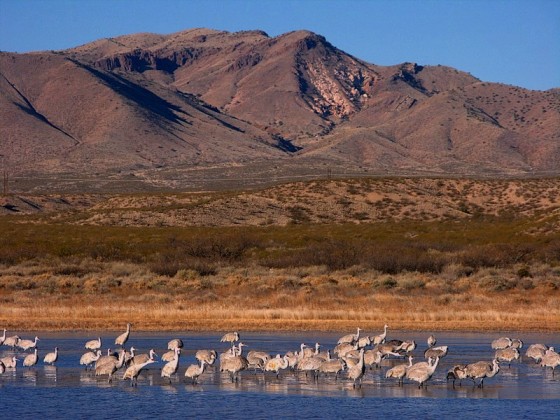 The cranes took off in small groups and flew over us, and we all clicked away like mad. 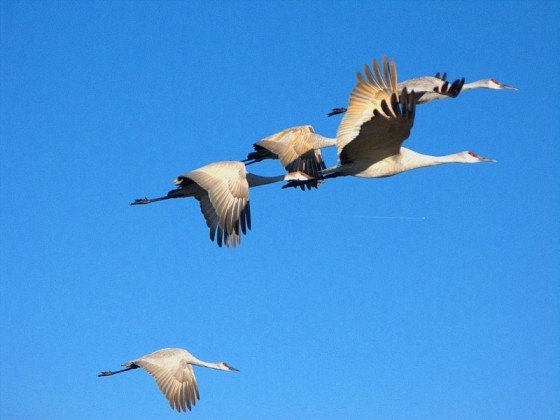 Every evening, the cranes return to the marshy pools to roost for the night.

I’d love to return to Bosque Del Apache some day. What a special place.