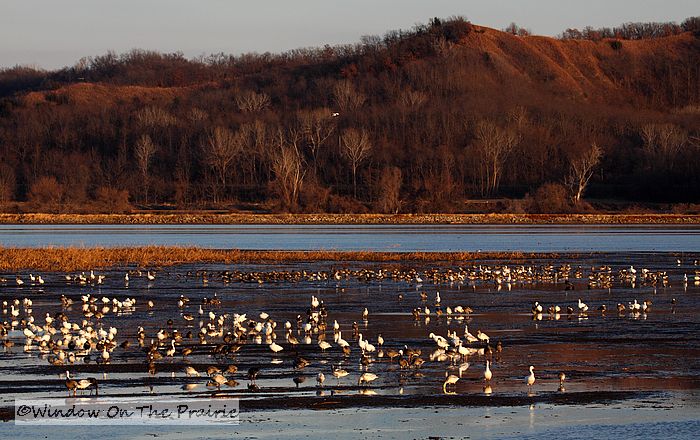 Over the weekend, Harland and I paid a visit to Squaw Creek National Wildlife Refuge to check out the birds that pass through during the fall migration.  We had been itching to get over there for some months now, but the roads had been closed due to the Missouri River flooding all summer. The refuge itself escaped the flooding, but the roads to get there were damaged and we had to take a couple detours to get there. We were amply rewarded for our trouble though.

There were thousands of snow geese, endless drifts of white and gray. 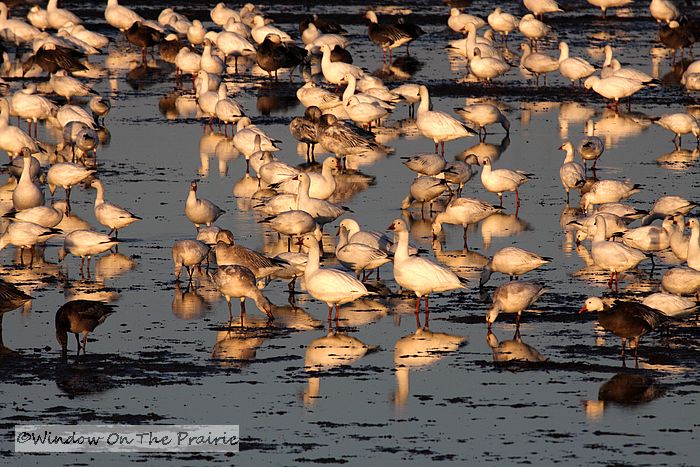 Snow geese have a lot to say, and the chorus of honking was deafening. (Tomorrow, I’ll have a video for you so you can listen too.)

There was a pair of sandhill cranes, a rare sight in our part of the country.

I wish they had been a little closer to us. The male was dancing around for the female.

The most exciting sight of the day was a trumpeter swan.

We see them at the refuge, but they are usually just white spots in the distance. To see one this close was a rare treat. 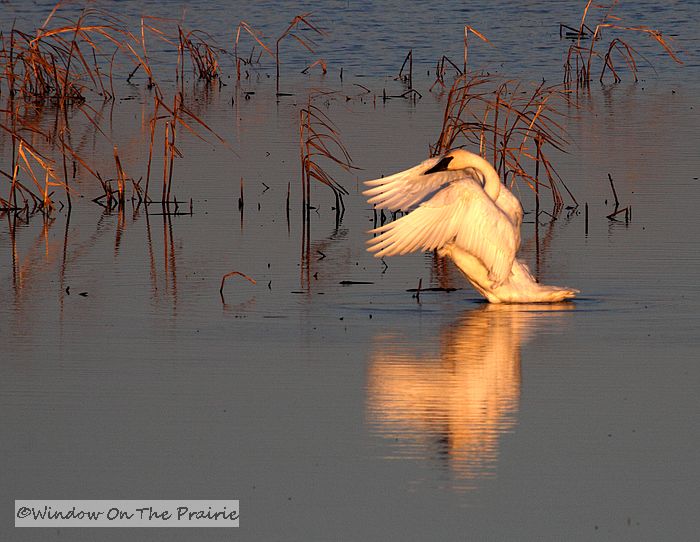 Such a beautiful bird, so graceful even when preening.

They were hunted so heavily in the 19th and 20th centuries, that they became nearly extinct in the US. Populations survived in Canada however, and they are gradually making a comeback in the US. 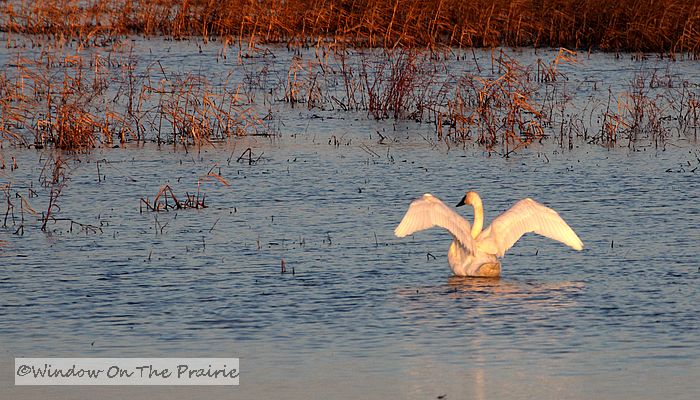 What a treasure, as is the refuge itself.

One of our favorite places to visit in our neck of the woods.

———>  (Don’t forget to come back tomorrow when I’ll have a video of the snow geese chattering away.)