New Year’s Eve, and The Day After 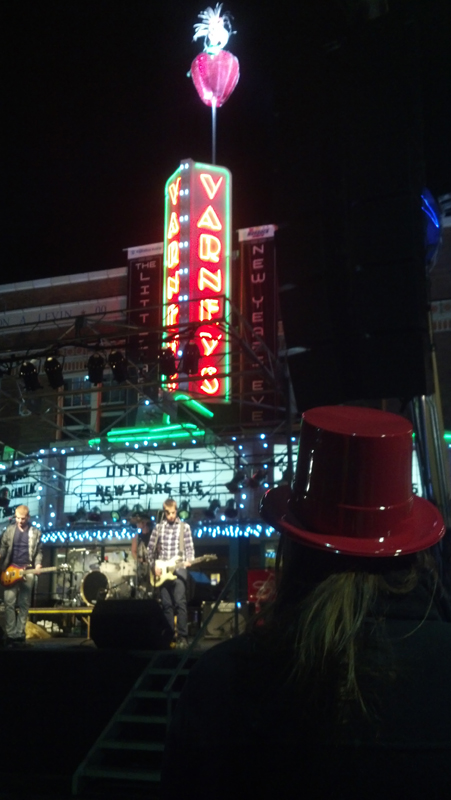 Harland and I don’t celebrate New Years eve. We can’t stay up that late anymore. In fact, you’d have to pay us to stay up ’til midnight.

Well…..that’s exactly what happened, so then we had to stay up. Harland was hired to photograph the New Year’s festivities in Manhattan, KS. They like to call themselves the “Little Apple”, and so every year they drop a large lit-up apple down a pole. A crowd of about 10,000 turns out to see it. Luckily there are barriers put up to keep the crowd at bay, and luckier still, we were allowed on the non-crowd side of the barriers. 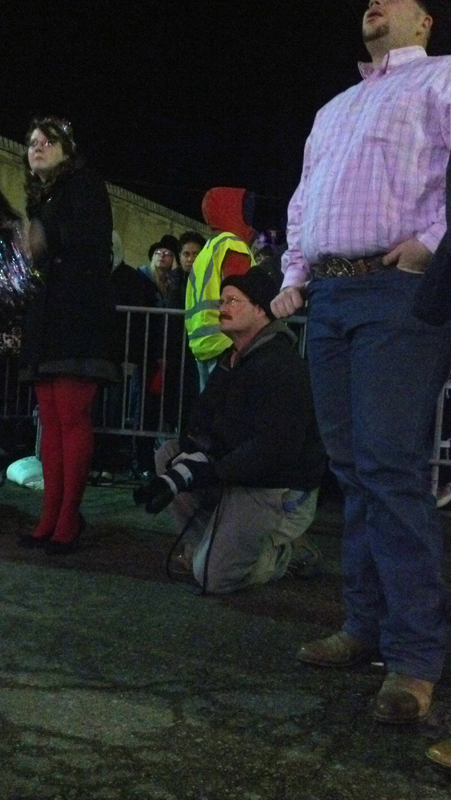 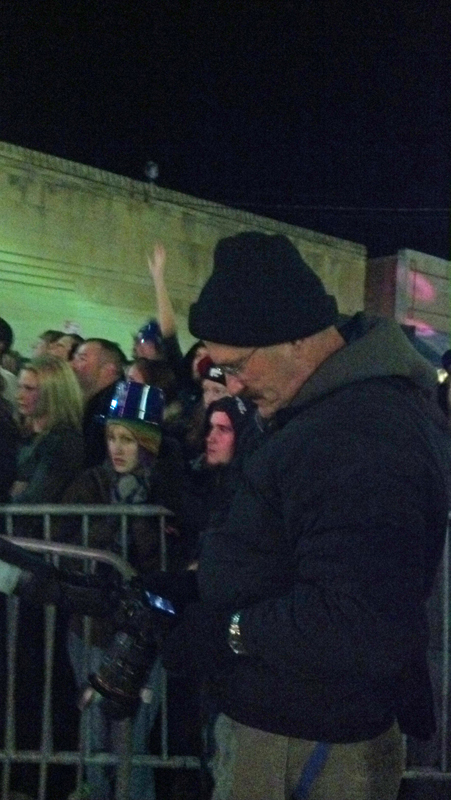 So Harland clicked away as the festivities progressed, 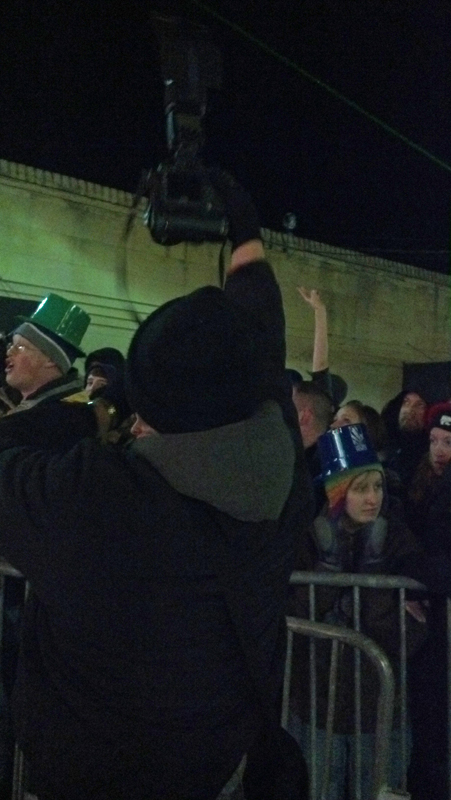 the countdown began, the apple dropped, the fireworks went off, 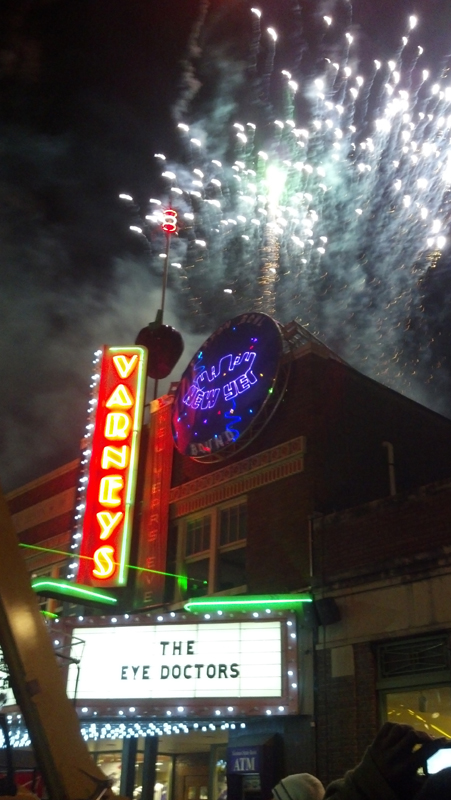 and the crowd went crazy.

I played photographer’s assistant and carried around cameras and a tripod. But I was able to take a few pics with my cellphone camera to share with you. After it was all over, we headed back to our hotel and turned in at 2am. I don’t remember the last time I was up that late. Argh…..

Then we got up again at 7am to go photograph bald eagles catching their breakfast at a nearby lake which was a fantastic experience (I’ll share pics later this week). Then we drove home.

By 4pm, we had both ground to a halt, and fell into bed for a nap. 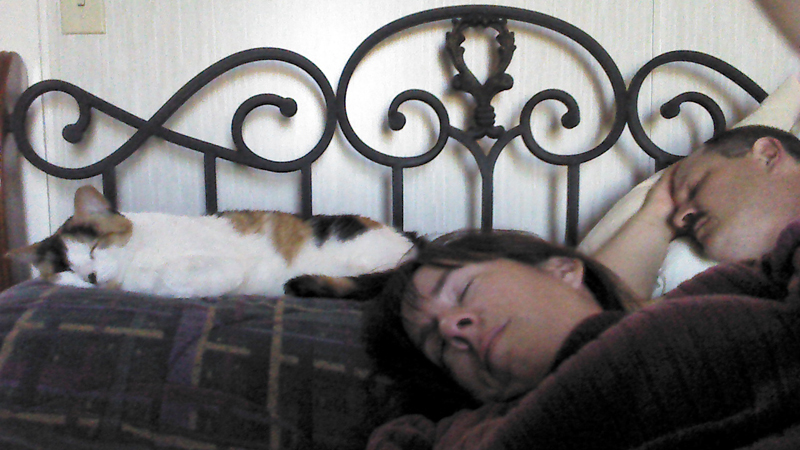 Kitty joined us.  She’s a big believer in sleeping in the middle of the day. 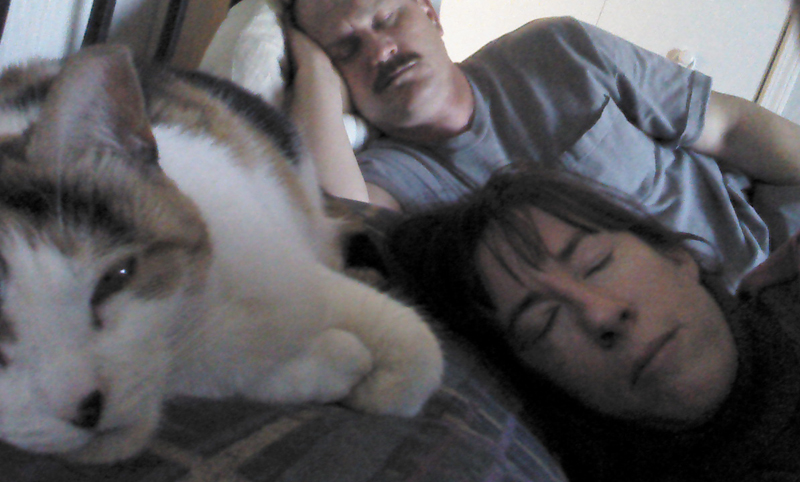 So that was our New Years.