On the last 2 1/2 days of our Christmas vacation we drove the length of the Natchez Trace from Natchez to Nashville on the Nachez Trace Parkway, a road that closely follows along the old road or “trace”.

The old trace was the superhighway of its day. It probably started as a game trail by bison and deer, and was later used by Native Americans as a trail. In the late 1700s, farmers and merchants from the Ohio River valley would float their goods down the Mississippi on flatboats. They would sell the goods in Natchez or New Orleans, and then since they couldn’t float back up river, they  broke up their flatboats, sold the lumber, and then walked the 500 miles back north to Nashville, which took about 35 days on foot, or 20 days on horseback. On foot, travelers could only make about 15 miles each day. They would then stay at one of the 50 inns or “stands” along the trace.

Travel could be dangerous. There were highwayman with large gangs who would steal from the travelers or worse. It was considered the first organized crime in the country.  In the early 1800s, President Jefferson wished for a good road to reach what was then called the southwest part of the country, the Mississippi area. So in 1801, work began to improve the trace. The work was first done by the Army, and later by civilian contract. In about 10 years, the trace was navigable by wagon.

In the year 1810 alone, it’s estimated that 10,000 people traveled the trace. but as the years passed, the areas near the trace began to develop and by 1816 people were traveling other routes and traffic began to decrease. Soon, with the invention and increased use of the steamboat on the Mississippi, traffic on the trace all but stopped. Though not used as a superhighway any longer by the 1820s, sections of it continued to be used by local communities, and many local roads today were originally part of the old trace.

At mile 42 going north on the trace out of Natchez, we stopped to view an old sunken portion. Thousands upon thousands of feet, both human and horse, wore the soil away until the roadbed was 10 feet below the level of the ground around it. We walked here, wondering about all those people who had journeyed here 200 years ago. 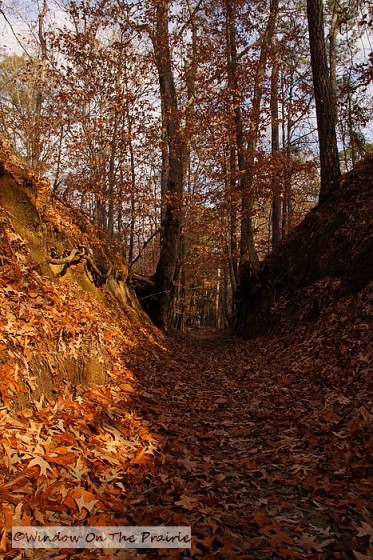 At mile 46, we again walked a sunken portion of the trace. 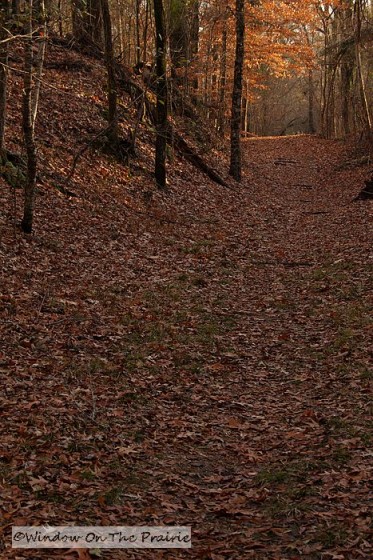 There was an old forgotten family cemetery nearby. It was untended, and the woods had grown in around it. 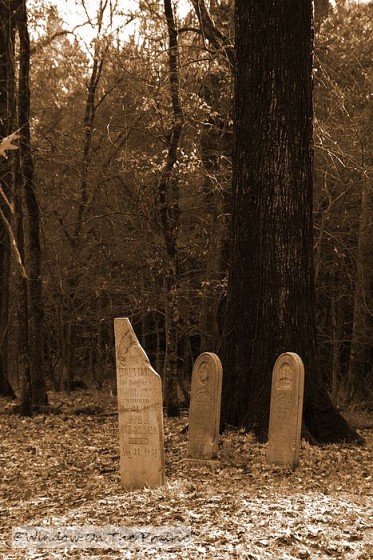 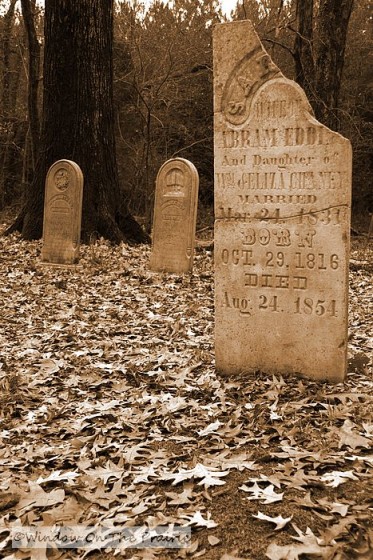 At mile 60 we left the trace for a short sidetrip to visit the Vicksburg National Military Park. From May until July 4, 1863, Union forces led by General Grant, besieged Vicksburg. 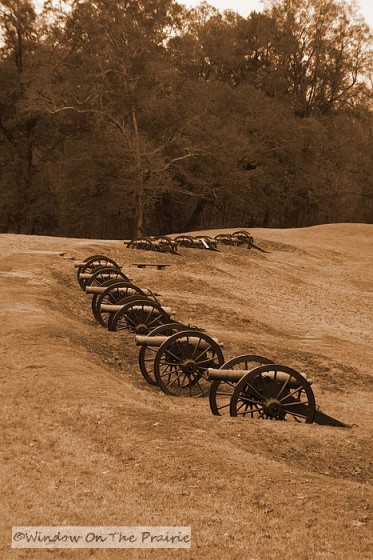 Finally the city surrendered, and the Union gained control of the Mississippi, cutting the South in half. The total casualties during the campaign for the Union side were about 10,000, and 9,000 for the Confederacy. 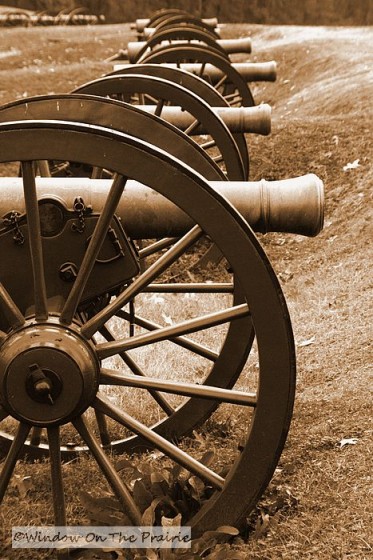 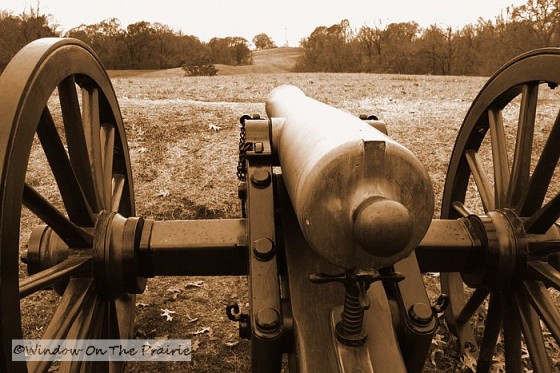 The same day, Union forces won their victory at Gettysburg. Both these events are considered to be the turning points for the North in the war.

At mile 222 we walked another portion of the trace. Here it was not so sunken as the first portion we had seen. Maybe the soil here did not erode so easily? 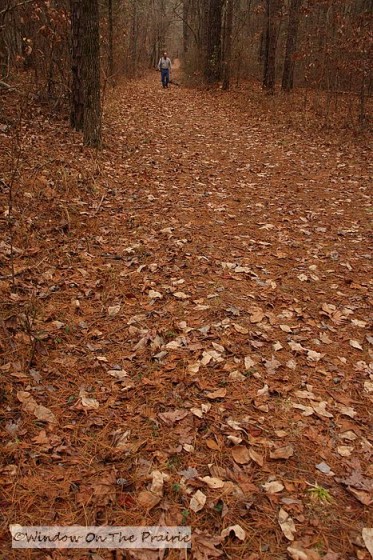 At mile 232 we visited the Bynum Mounds, six Native American burial mounds dating between 100BC to 100AD. Each mound is about 14 feet high, and research done in the 1940s revealed several individuals are buried in each mound. 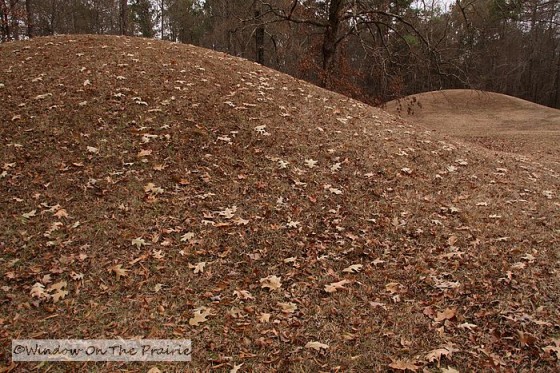 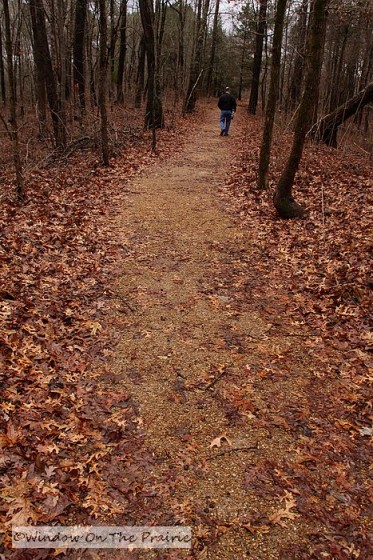 At mile 268, we walked a portion of the trace which contained a sober reminder of the Civil War. Buried right at the edge of the old road are 14 unknown Confederate soldiers. 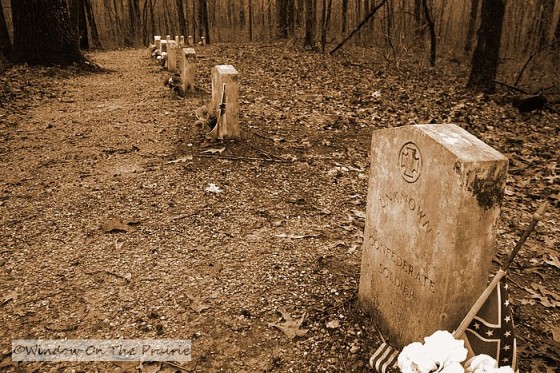 It’s not known whether they died of wounds, hunger or disease. Their headstones face backwards towards the trace, so passers by can read the stones and remember.

At mile 327, we reached the Tennessee River. Here, George Colbert operated a ferry, charging each person for the crossing. It is said that he once charged Andrew Jackson $75, 000 to ferry the Tennessee army across. Whether he collected or not, is not known. 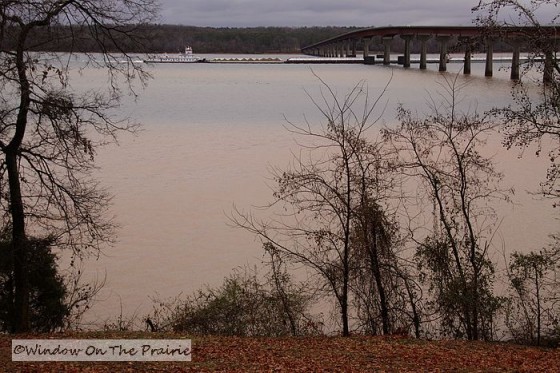 At mile 383 we reached Grinder’s Stand, the site of an old inn on the trace, and also where the grave of Meriwether Lewis, of Lewis and Clark fame,  is located. 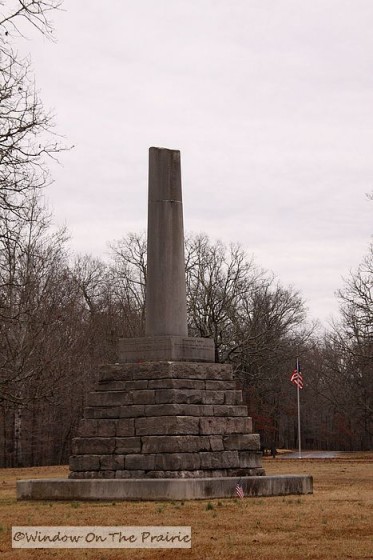 In the autumn of 1809, just a few years after his return from the expedition, Lewis was journeying along the trace on his way to Washington DC to answer allegaions of poor recordkeeping as Governor of  the Louisiana territory. He had stopped at the stand, and sometime in the night, troubled by depression and abuse of opium, he shot himself twice, once in the head, and once in his abdomen. He did not die right away, and begged his servant to shoot him to end his life. In the early morning hours, he finally passed away, and was buried in the nearby cemetery. He was only 35. 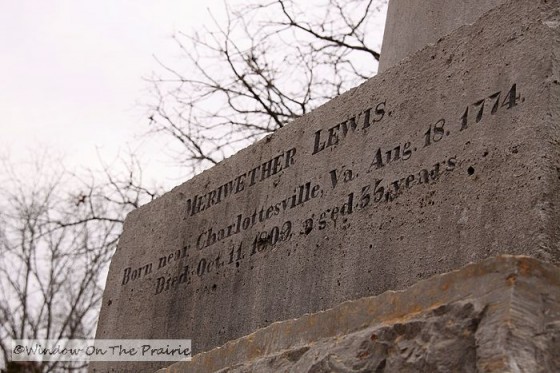 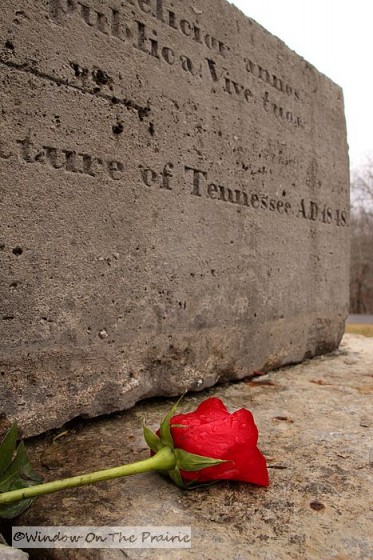 Within just a few days of the end of the trace, at mile 393, the weary traveler would have caught the welcome sight of Fall Hollow.  A pretty waterfall tumbles over rocks in a wooded valley. 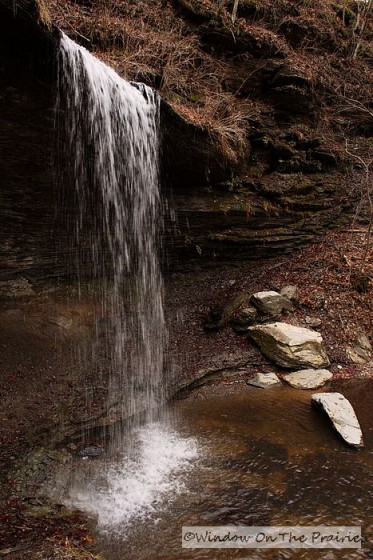 And a few miles up the road, at mile 405, is Jackson Falls, one of the most picuturesque spots on the trace. 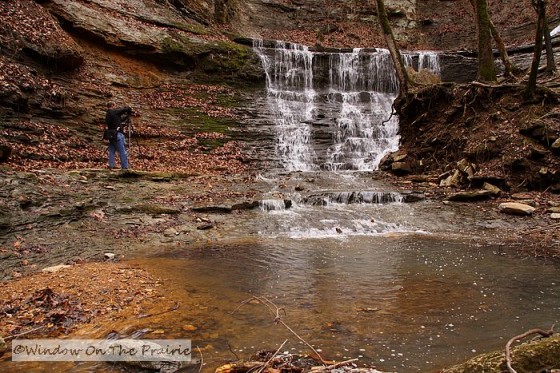 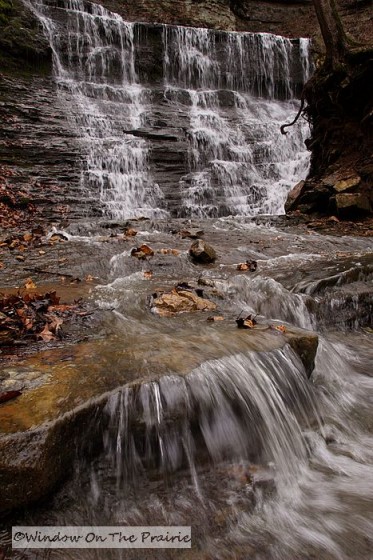 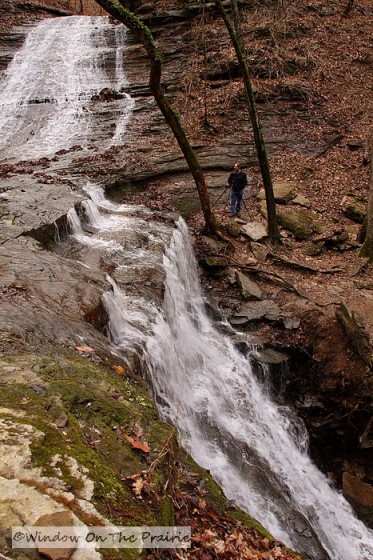 It must have cheered the travelers and encouraged them onward.

As we reached the end of the trace, we reluctantly rejoined the modern world. We enjoyed the peace of our wanderings over the trace. And we learned much about the times and events surrounding this once forgotten road. Both of us enjoy history because in learning about those that came before us, we learn more about ourselves.

Thanks for coming along with us. If you get the chance someday to travel the trace, take the opportunity, even if you can only stop and wander a few miles of its course.

——->UP NEXT:  Old Fashioned Gingerbread from a Depression era recipe. 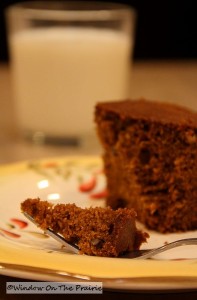