Back in June we attended a parade in Dover, a small town in central Kansas, when they held their annual Heritage Days celebration. Dover was founded in 1856 by settlers from England. In its heyday in the late 1800s, Dover boasted a match factory, a wagon making business, two grist mills, two blacksmiths, an Inn and Stage Coach Station, livery stable, General Store, and three cheese factories. In fact, two of the largest cheese factories in the US at that time were in Dover.

Here’s an early photo of their main st.: 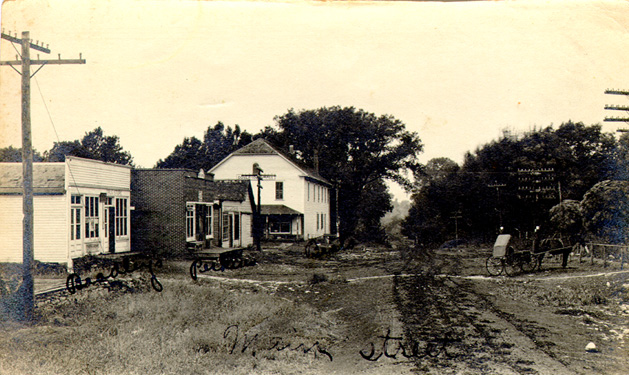 Like many small towns, Dover Heritage Days is a 2 day event where they have homemade ice cream, a kids’ tractor pull, chicken dinner, pony rides, volleyball, draft horse pull, a pancake feed, turtle races, a pulled pork dinner, and other fun stuff. And like other small towns, during the event, the town’s population swells to a number at least twice their normal size of about 1700.

Harland and I had come to Dover for the draft horse pull and we got there a little early, so we took in the parade as well.

It started like most parades around here with a flag corps. 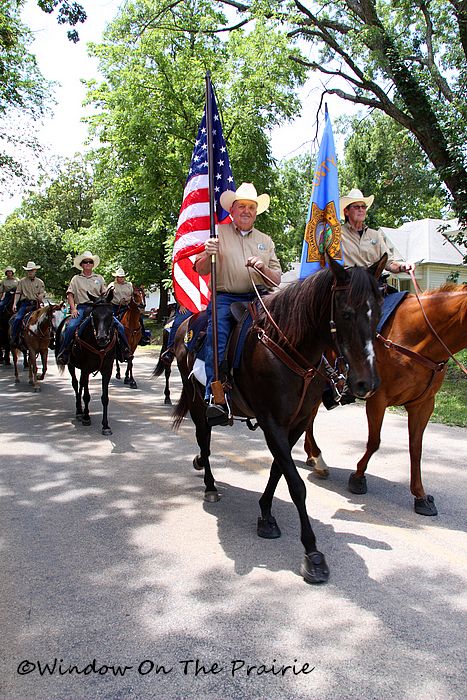 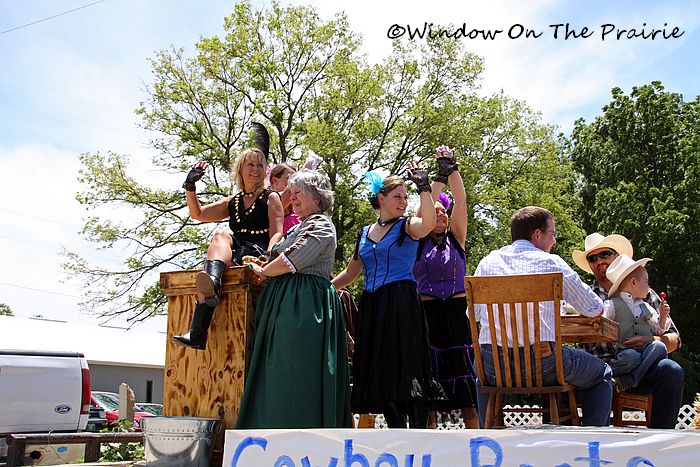 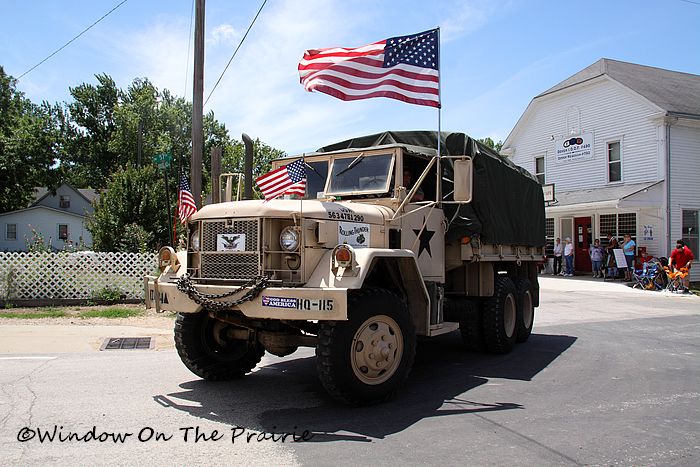 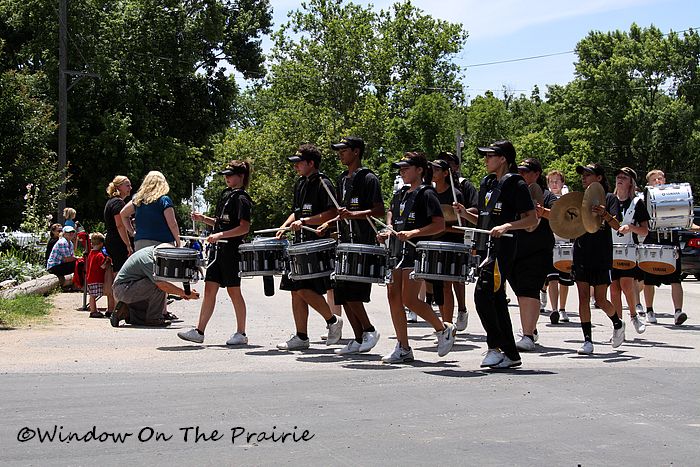 A float with saloon girls: 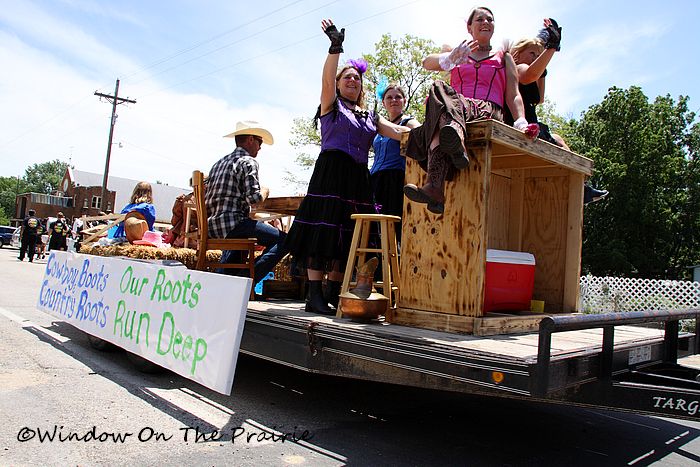 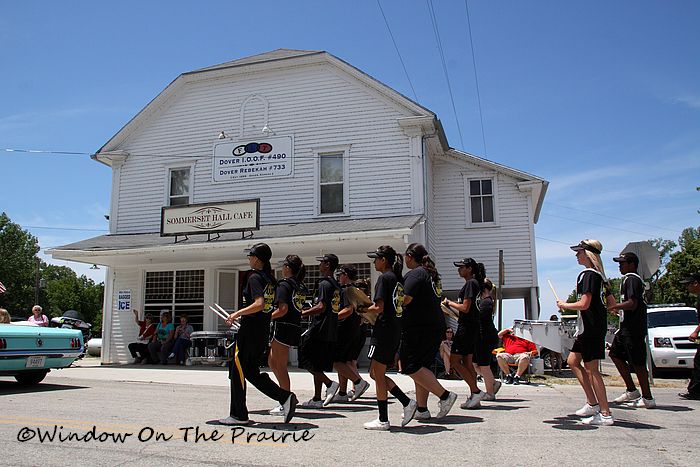 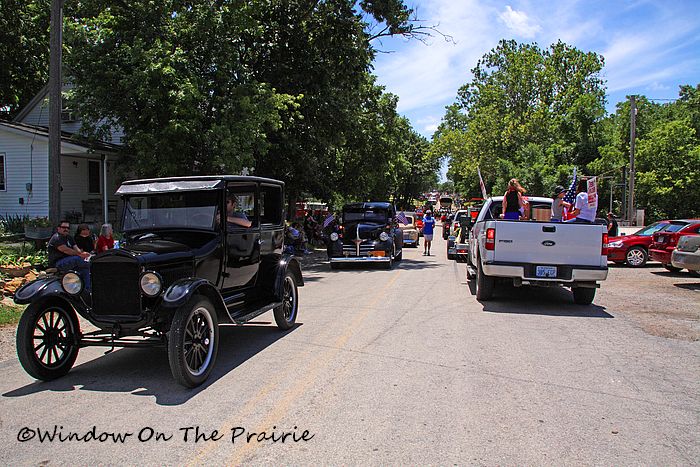 Dover’s parade route is only 3 blocks long, so to get more bang for buck, they just make a loop at the end of the block, turn around, and come back down the street again going the opposite direction. 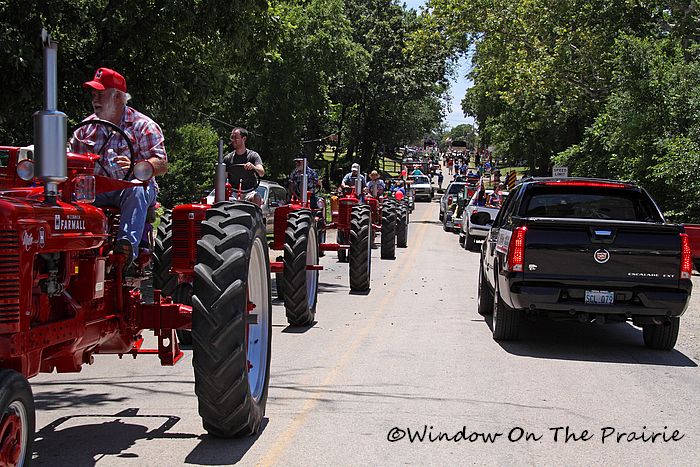 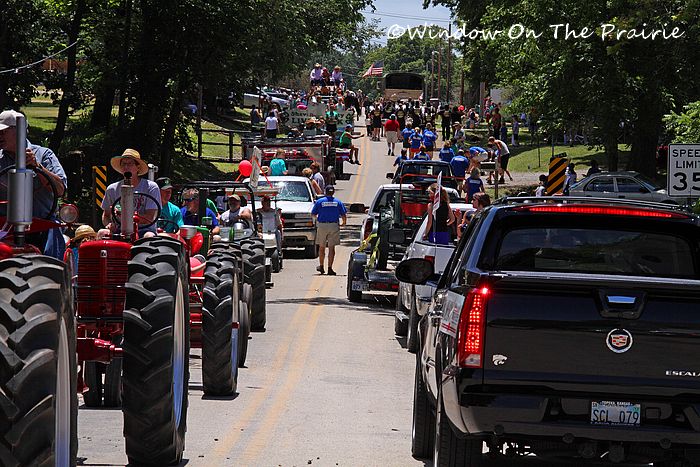 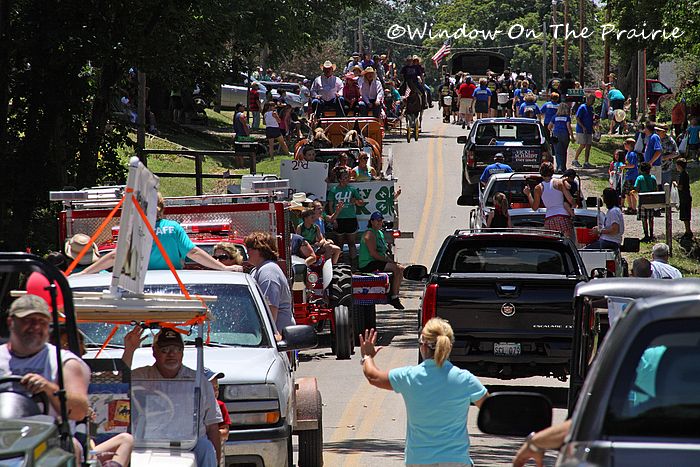 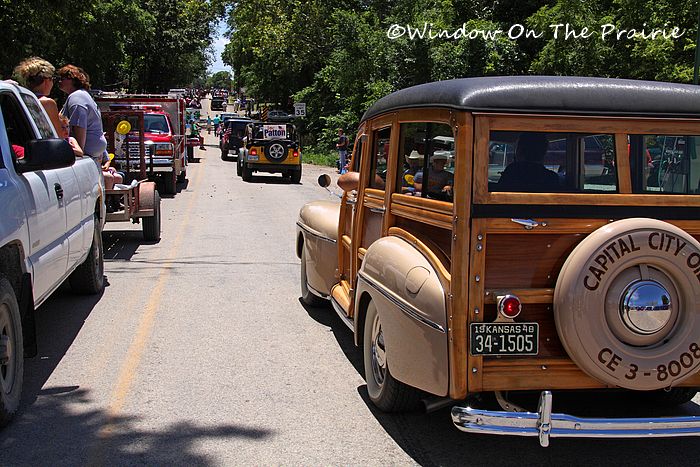 And everyone gets to see the parade twice.

So you get to see the group of teenage girls on a couch carried by a bobcat twice. 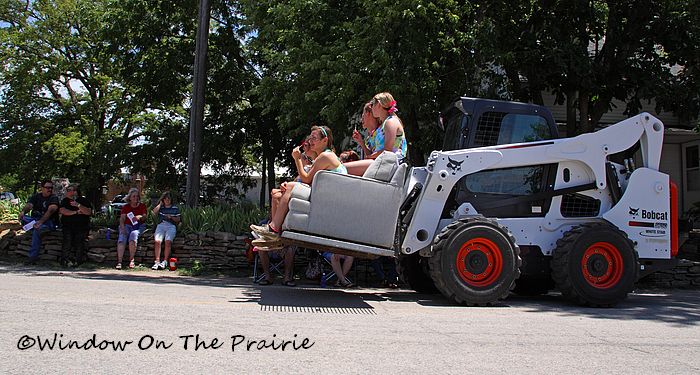 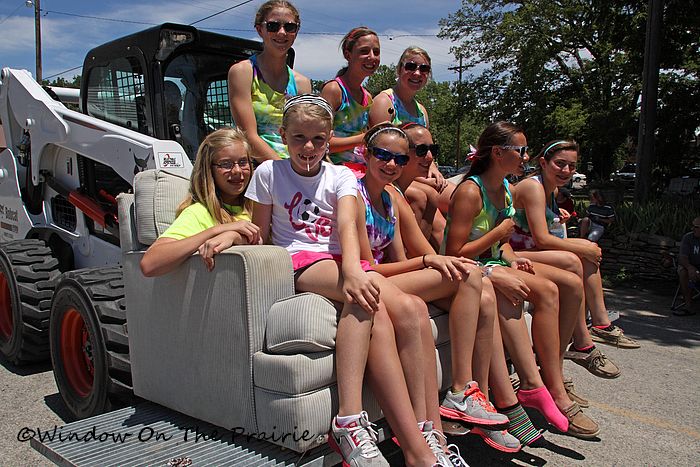 Team of horses pulling a wagon…twice. 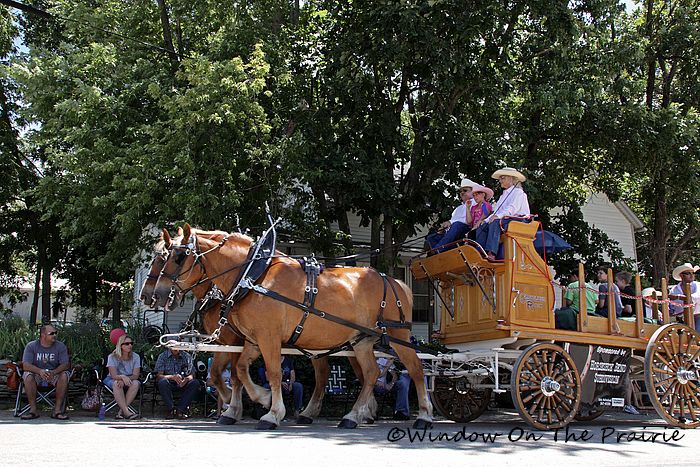 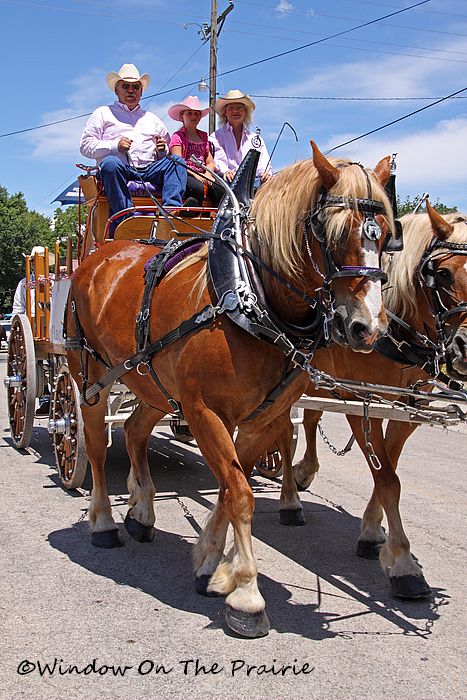 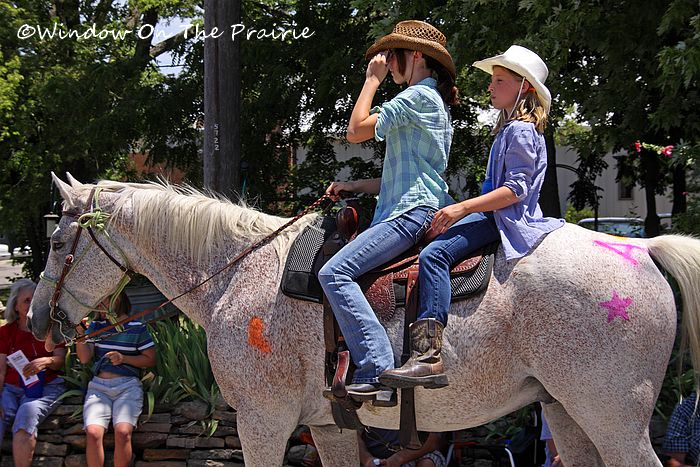 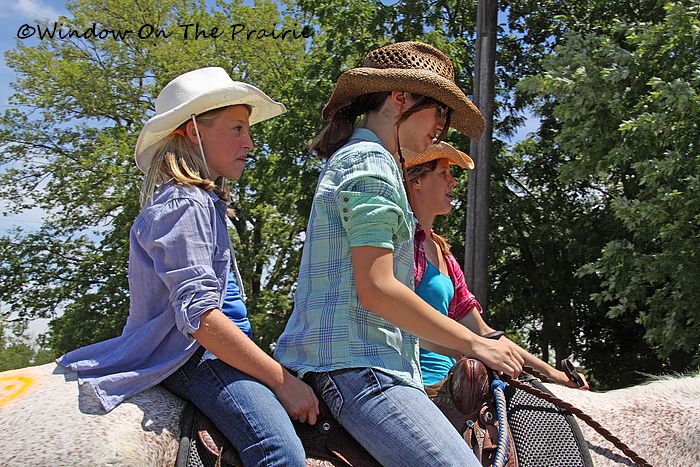 And you know how participants in a parade don’t get to see the parade itself? Well in Dover – that problem is solved! 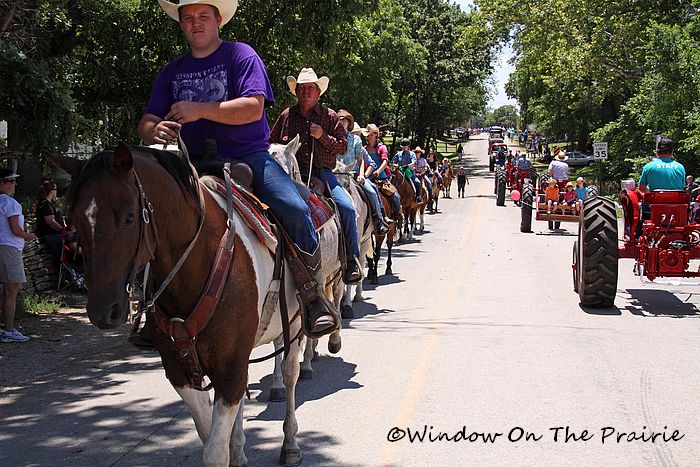 So this young lady on horseback, 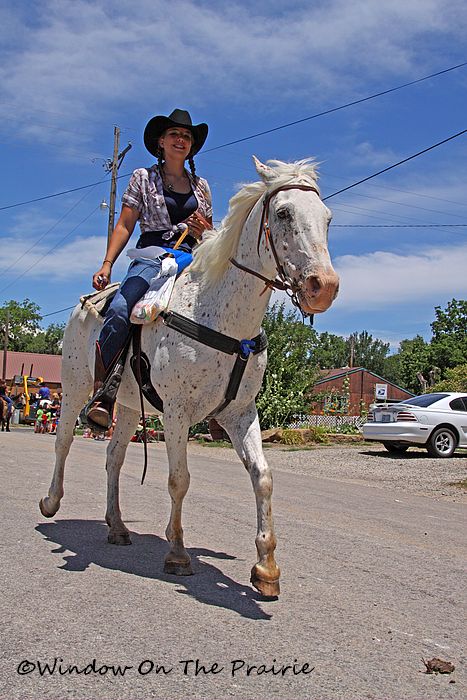 and this little girl and her puppy riding in a golfcart, 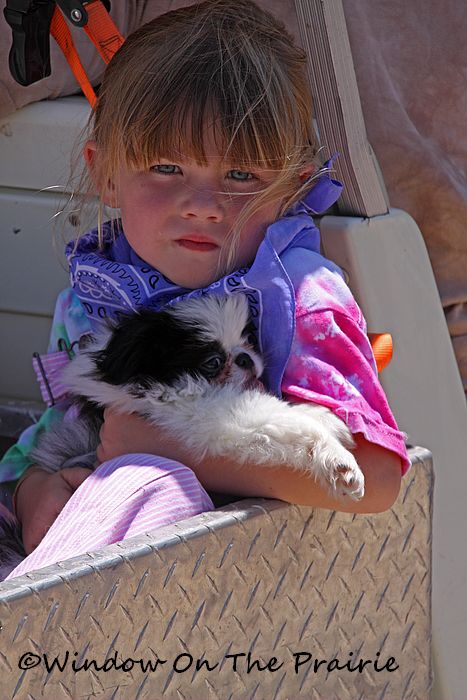 got to see the entire parade, including the flag corps, 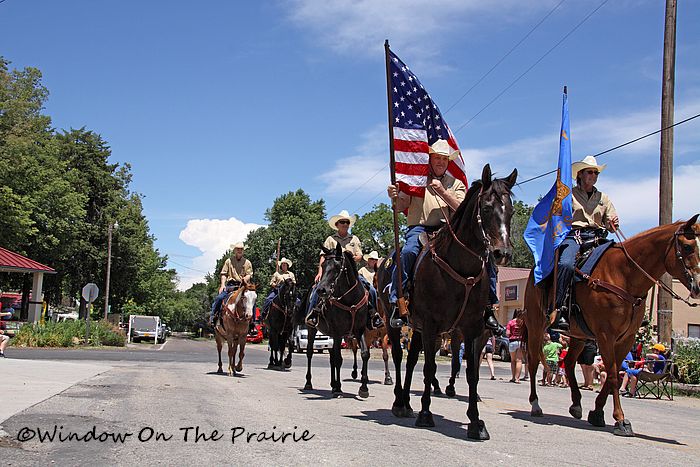 who hung back after their first lap through town only joining the parade again at the very end.

So this town has the American flag at both the beginning and the end of their parade. 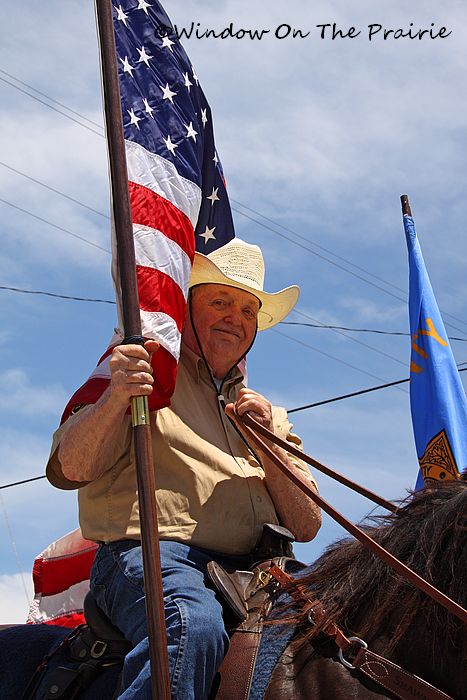 which, as I’m sure this gentleman would agree, is as it should be.