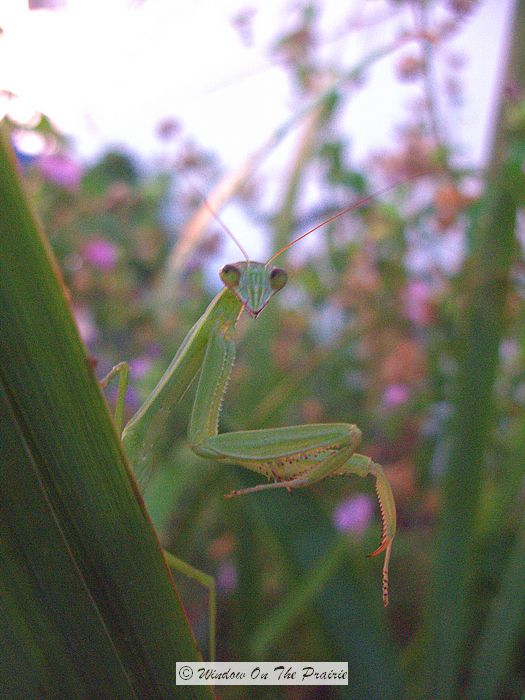 Yesterday I watered one of the flower beds after the sun had gone down because that’s the only time of day I can do gardenwork in this heatwave without melting into a blob like a crayon on a sidewalk. After I was done watering, I noticed I had disturbed an enormous praying mantis about 3 inches long. Been seeing a lot of them lately. They must thrive on this heat. Did you know that they are referred to as “praying” because of their prayerful stance? 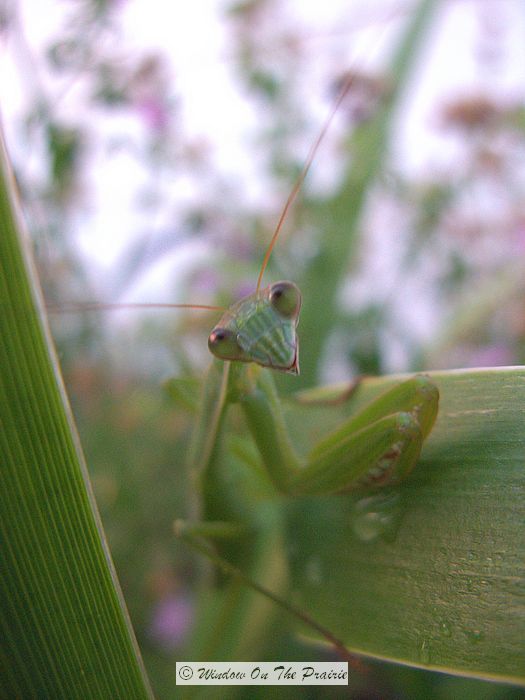 They can turn their head 300 degrees, and along with their compound eyes, this gives them a wide field of vision.  They eat mostly insects, but larger species of mantis will eat lizards, frogs, birds, snakes, fish, and even rodents. They also engage in cannibalism. Victims are caught and held with spiked forelegs, and then devoured. 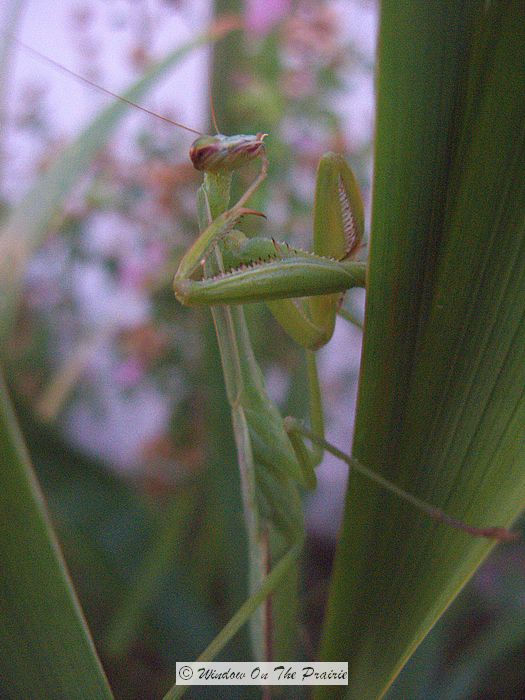 When threatened, they may stand on their hind legs with their forelegs outstretched and wings extended to give an appearance of looking larger than they are. Most mantises are camouflaged with shades of  brown or green, but some have an appearance of sticks, leaves, tree bark, flowers, or even stones. 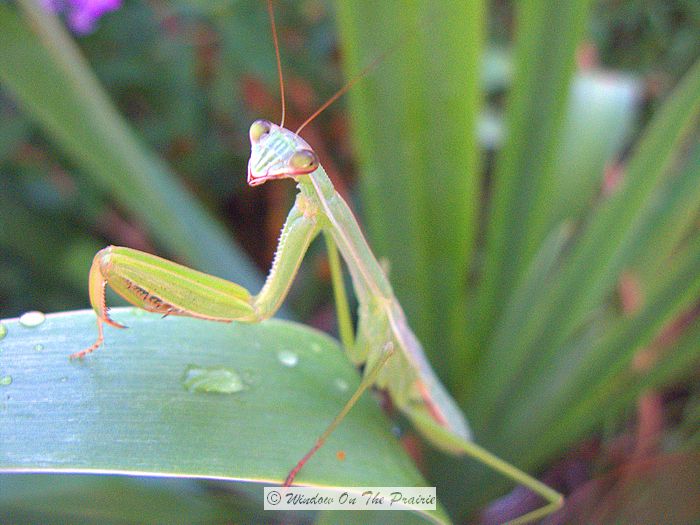 During mating, the female may cannibalize the male.  The female will then, depending on the species, lay between 10 and 400 eggs. When the eggs hatch, the young may cannibalize each other if not enough food is available.  The lifespan is only 10 – 12 months. 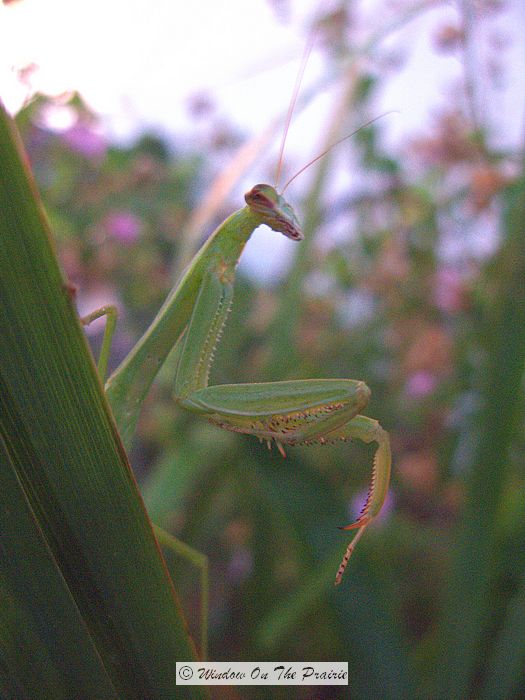 When I was a kid, I was very scared of them. But now that I know they are doing good work in garden helping control the insects, I kinda like them.