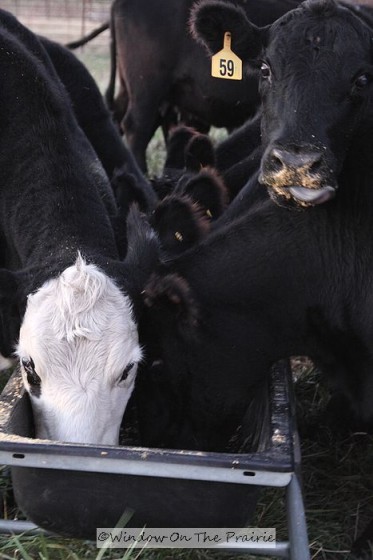 The cattle have been living out on the summer pasture since May, but in a couple weeks, we will round them up and haul them closer to home for the winter. Our round-up is not the stuff of the movies with horses and whooping cowboys. Ours is quieter and easier too. We coax them in with grain into the loading pen, and then close the gate. The older cows are familiar with this gig and come right up when called. The younger cows take a little more coaxing, and the calves have no clue what’s going on and are hesitant to come into the pen. So in order to get everyone to come up into the pen when called, we practice several times in the weeks leading up to the roundup. It’s a pretty low tech deal. We drive into the pen and call the cows, WHOOOOOOOO – OOOOOOOOOOOOOOOOO! CALF! CALF! WHOOOOOOO – OOOOOOOOOOOOOO!

Most of them come running. 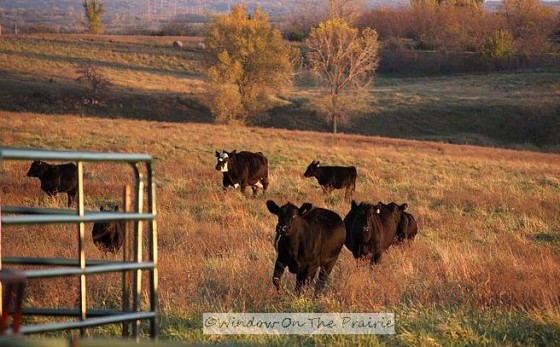 They follow Harland around waiting for him to fill the troughs. He’s like the pied piper of cows. 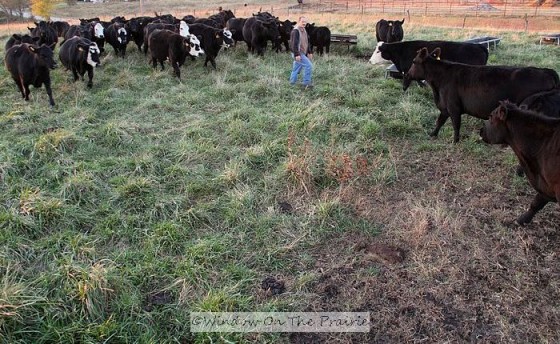 He fills the troughs. 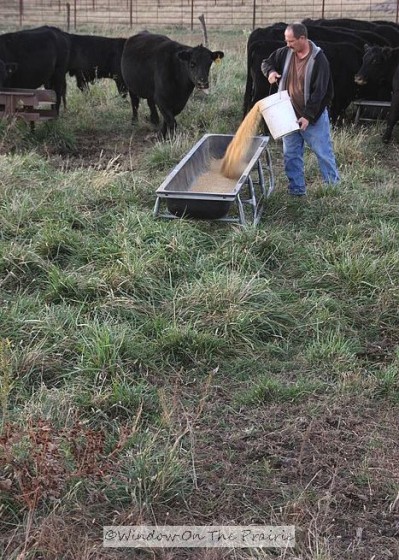 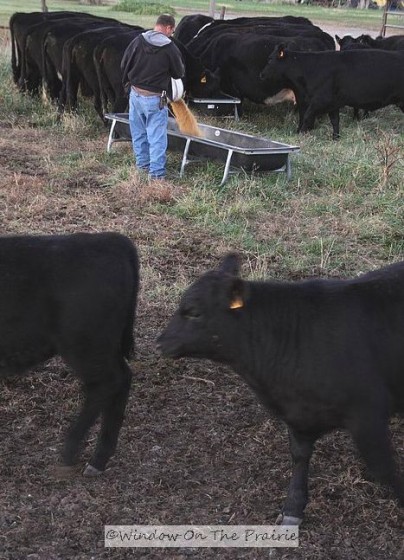 They love the grain. So tasty. 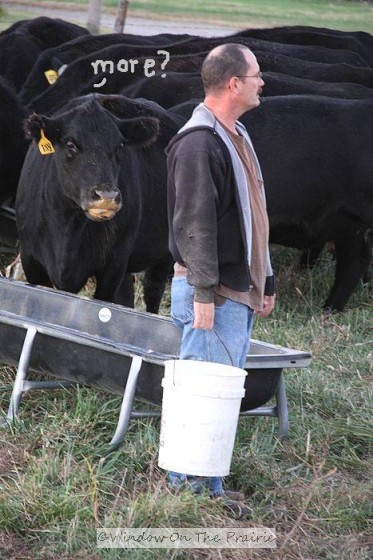 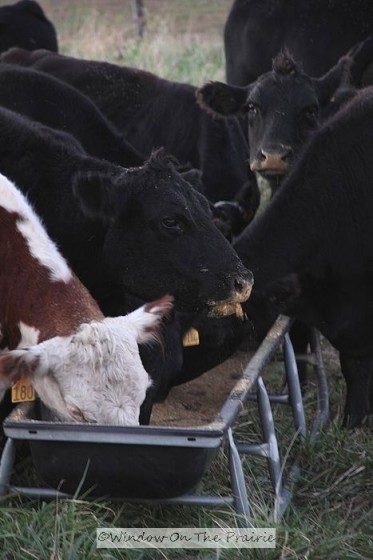 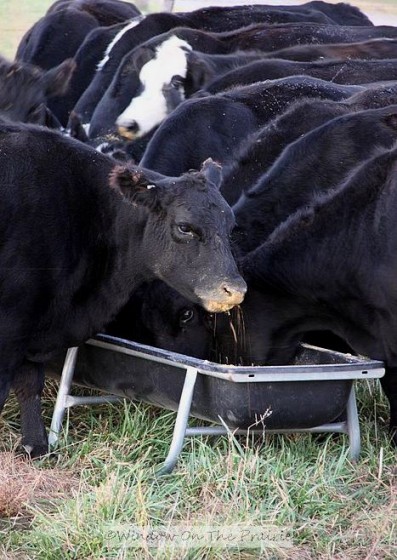 We continue to call them until they all come up into the pen which takes about a half hour or more. Some of them take their sweet time coming in. The calves have no clue what’s up. They stand in a group off by themselves waiting for their mamas. 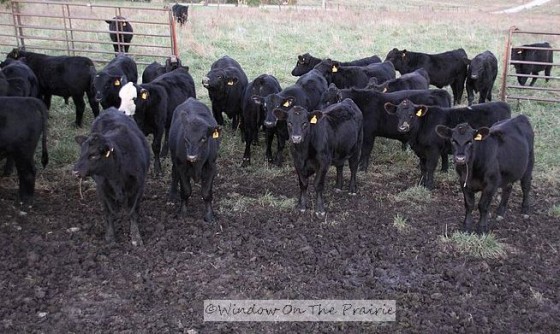 In time they’ll figure out that there’s a good treat to be had in the troughs.

When everyone has come up and had some grain, we head on home leaving some puzzled looks behind us. 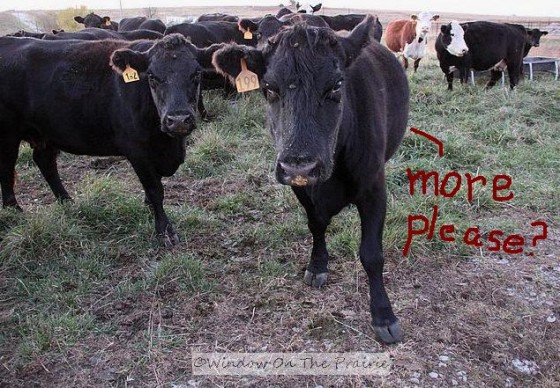 In a couple weeks, we’ll feed them grain at the pasture for the last time, everyone will come up, we’ll close the gate on the pen, and then load them all on a stock trailer for the trip home.

They hate riding in the stock trailer. Shhh….don’t tell them what’s coming soon.

Up Next Tomorrow: Orange and Red – The leaves of Fall. 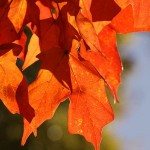