Today, as promised, I’ll share my experience of Tuesday afternoon when Harland and I went over to Roger and Liz, our neighbors, to watch the sheep shearing. We weren’t the only visitors. Shearing is a annual event, and these days not a common one to see. Roger and Liz were joined by their children and grandchildren too.

Here’s the waiting room with all the happy sheep ready and willing to have their wool sheared. Well, not really. 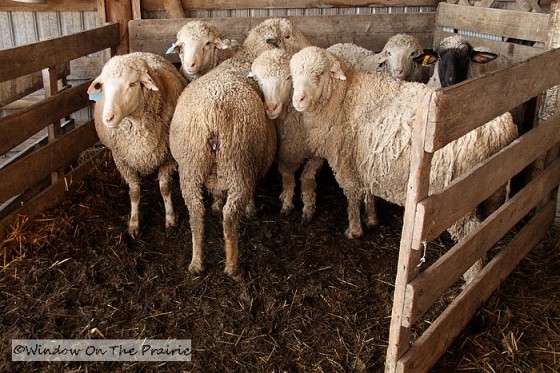 Here’s the shearer(in red), Hipolito, sharing a laugh with my hubby, Harland. He’s been shearing sheep for over 38 years. He says he still doesn’t know what he wants to do with his life.

What a great smile. 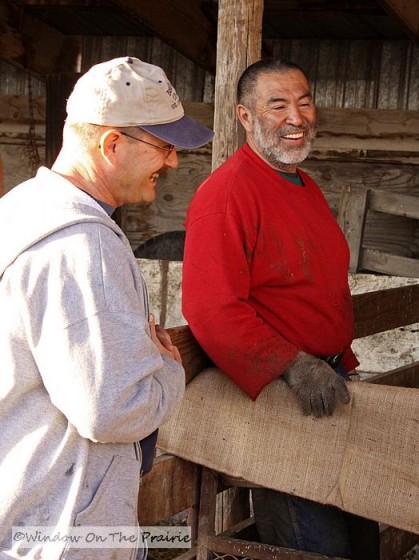 Here the sheep are ushered from the waiting pen into the shearing pen. 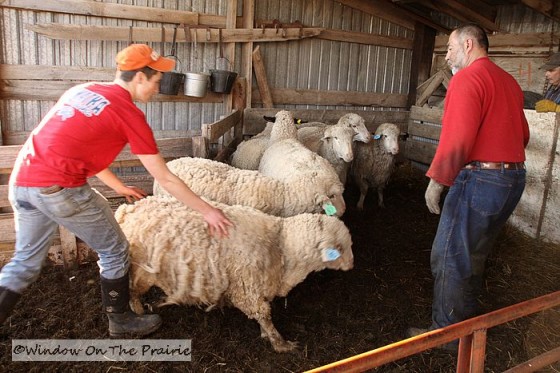 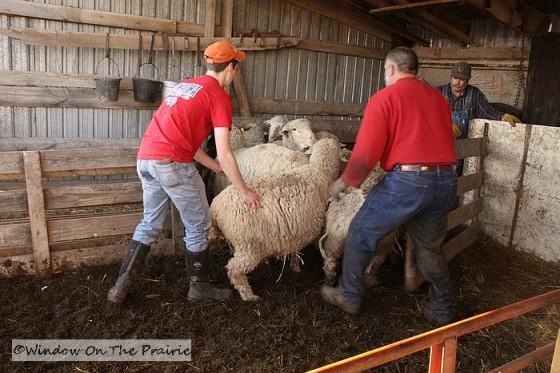 As the sheep enter the shearing pen, one of them gets a little rowdy. Roger’s son Wade, holds onto it until it calms down. 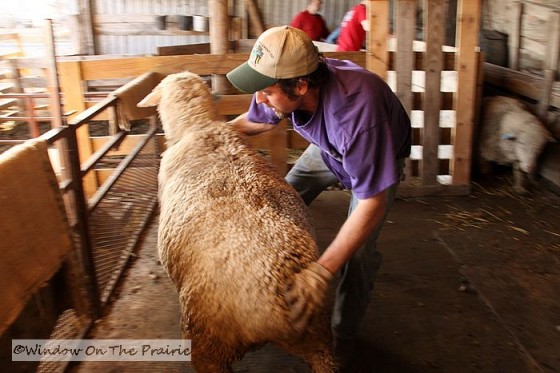 Here Hipolito ties the legs of a sheep before he starts to shear. This protects both him and the sheep from injury.

And there’s that smile again. 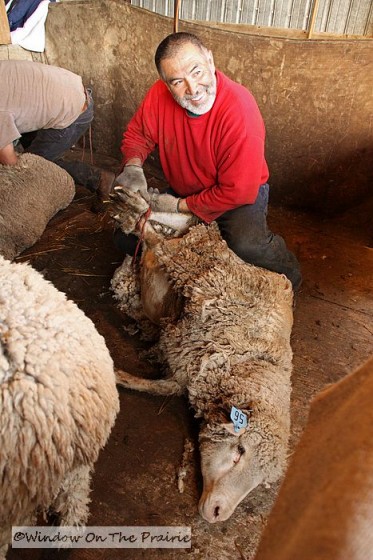 Shearing starts on the tummy, then over to the sheep’s left side. 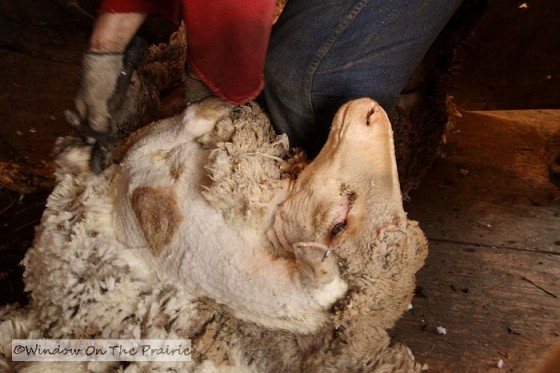 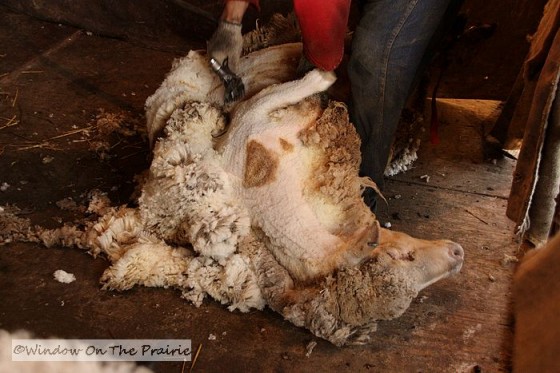 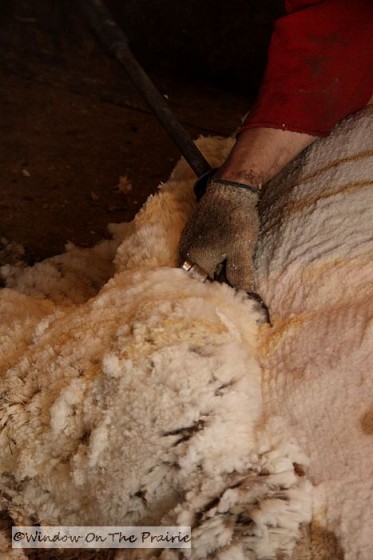 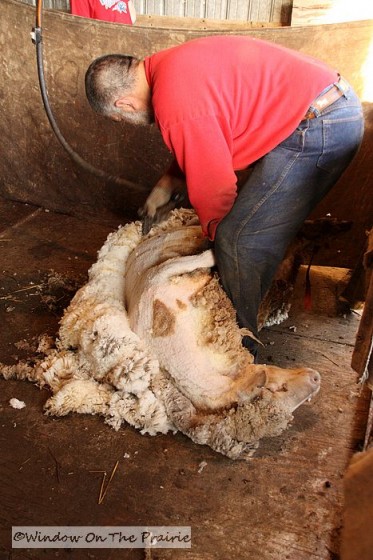 Here, he carefully shears the top of her head. 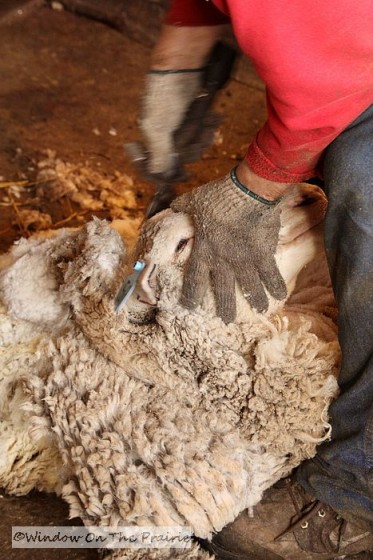 Next, he shears the sheep’s right side. 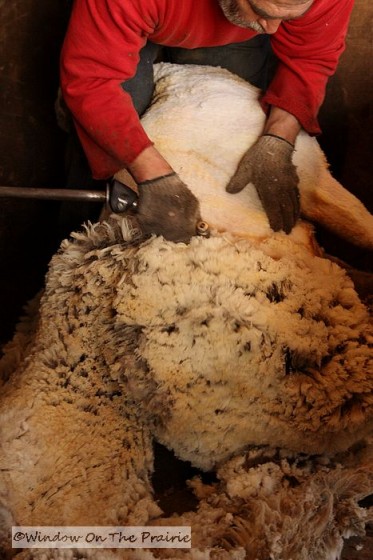 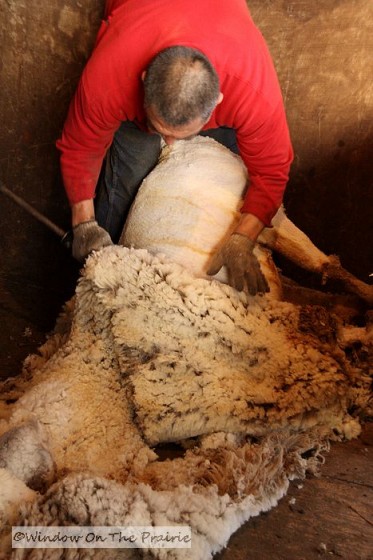 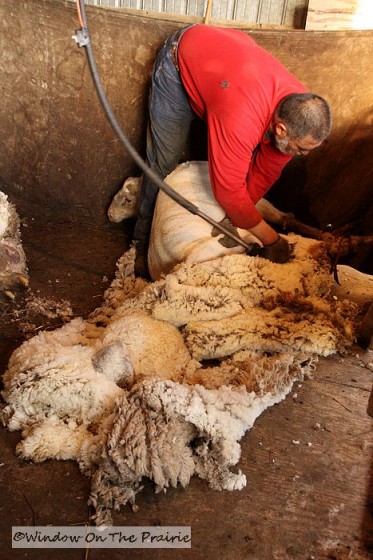 When done, he unties her legs, and she gets the heck out of Dodge. 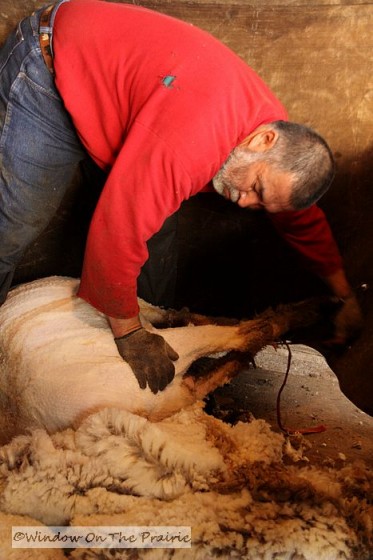 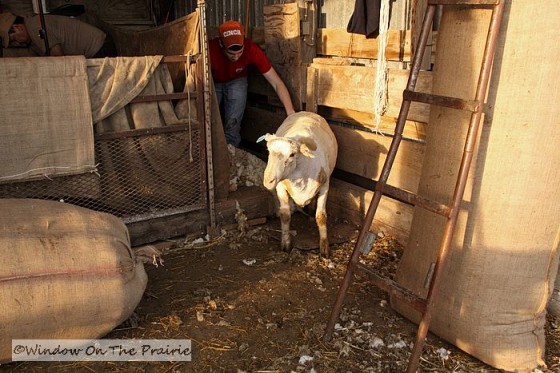 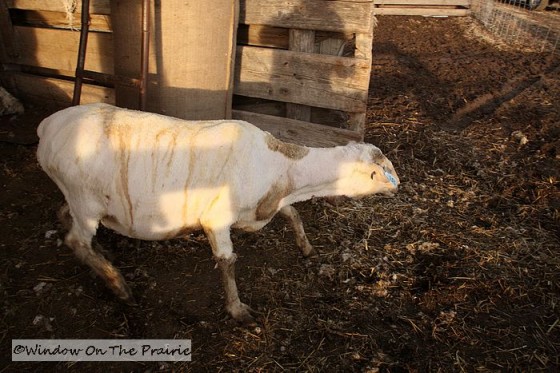 Hipolito can shear about 100 sheep per day.

Here’s a short video of the whole shearing process.

A close up of the wool. Roger told us that he gets about 12 pounds of wool from each of the all-white sheep, and about 6 pounds from the black-faced ones. 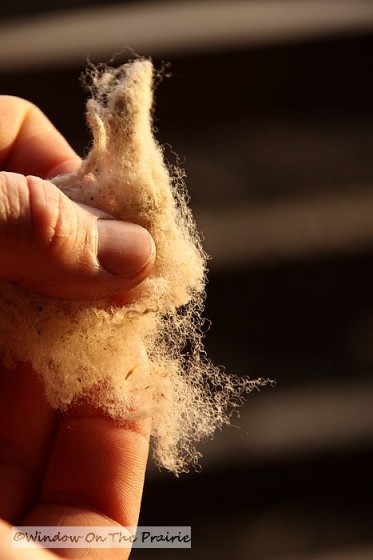 The wool is put into large burlap bags to await pick-up by the wool buyer. 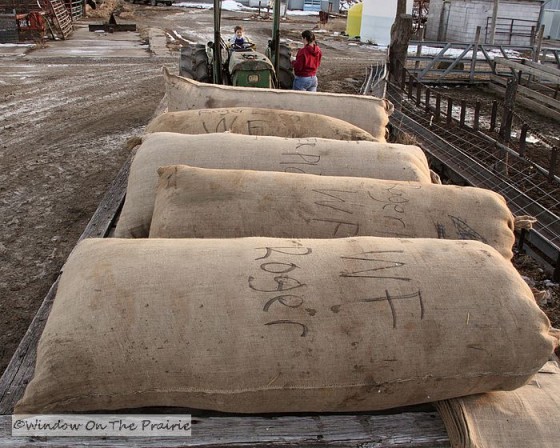 Roger said there are only 2 wool buyers in the midwest today. At one time there were a lot more sheep in Kansas. Numbers hit an all time high in 1884 at 1,270,000 head, and the sheep outnumbered the people. Today, there are only about 100,000 head in Kansas. The United States ranks 7th in wool production. Australia ranks 1st in the world.

Hope you enjoyed this. Watching it was a first for me.  How about you – have you ever seen a sheep shearing? 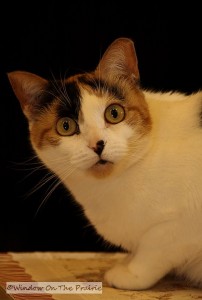