A couple weeks ago we paid another visit to the Squaw Creek National Wildlife Refuge over in Missouri. There were thousands of snow geese and we watched a group of trumpeter swans for quite a while too. (I’ll have a post about them later.)  While we were enthralled by the swans, there was a persistant squeek – squeek – squeeking sound and a splish-splashing from somewhere nearby. I was too distracted by the swans at first to pay any attention, but finally Harland exclaimed, 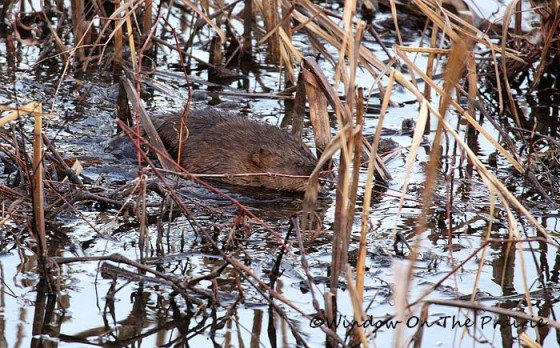 And there he was, right near the water’s edge paddling around looking for food and squeek – squeeking all the time as if to say,

“Hey, I may not be a beautiful swan, but I’m interesting (and cute too) in my own way, you know.” 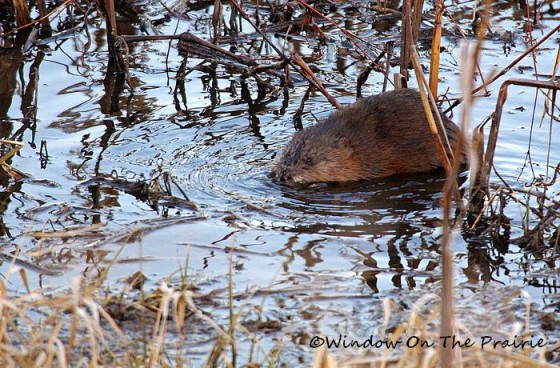 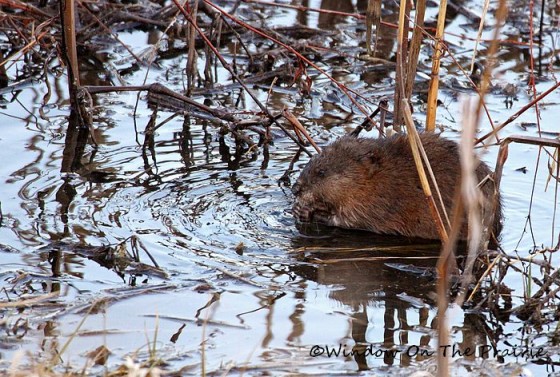 So our little muskrat was right, he is an interesting character.