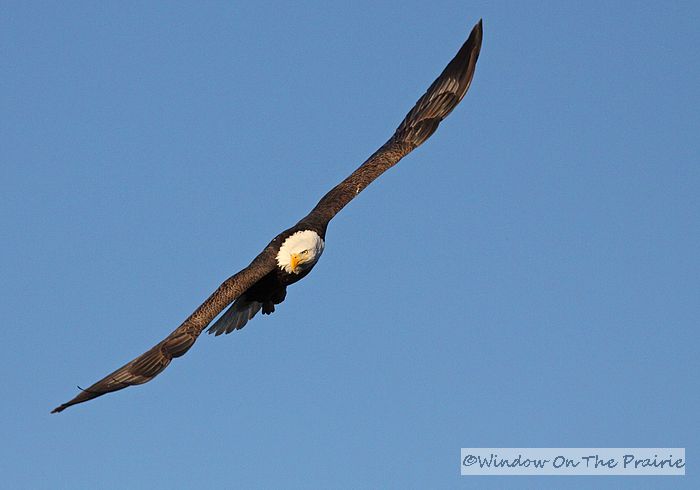 When I was growing up, the only bald eagles I ever saw were in magazines like National Geographic.  I found it ironic that the National Symbol was a bird I had never seen.

Once a common sight in the lower 48 states, by the 1950s, due to illegal hunting, use of DDT, and loss of habitat, there were only about 400 nesting pairs left. In 1967 it was declared an endangered species.

But with stronger regulations and the ban of DDT, they began to make a comeback, and in 2007 they were removed from the endangered list. Today, in the early winter months, they can be seen hunting fish near large bodies of water. Last weekend, we saw more eagles than we ever have before just below the dam at Tuttle Creek Lake near Manhattan, KS.

They sit in the large trees along the creek in the early morning hours, 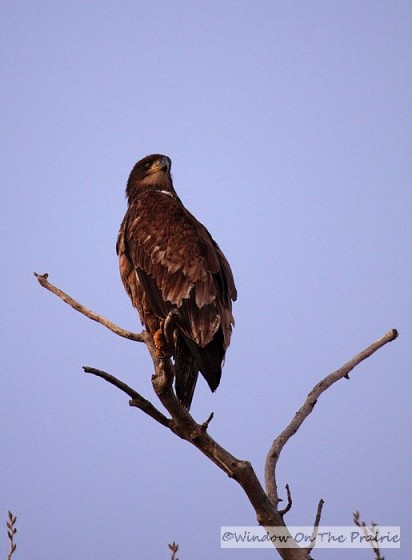 and occasionally swoop down over the creek to snatch fish for breakfast. 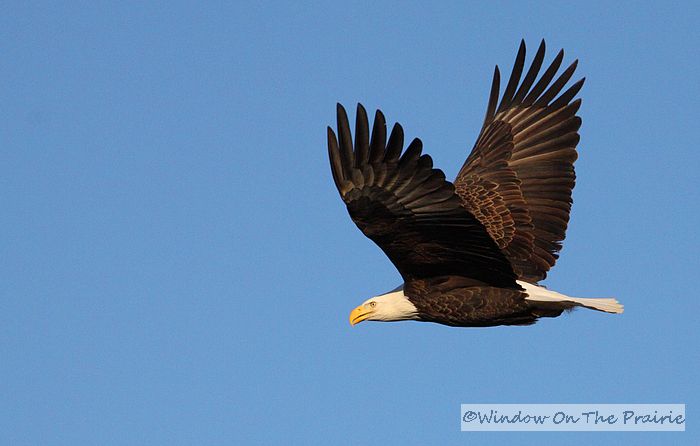 Young Bald Eagles maintain their juvenile brown plumage until they reach about 3 years old when they trade it in for the adult black plumage and white head. 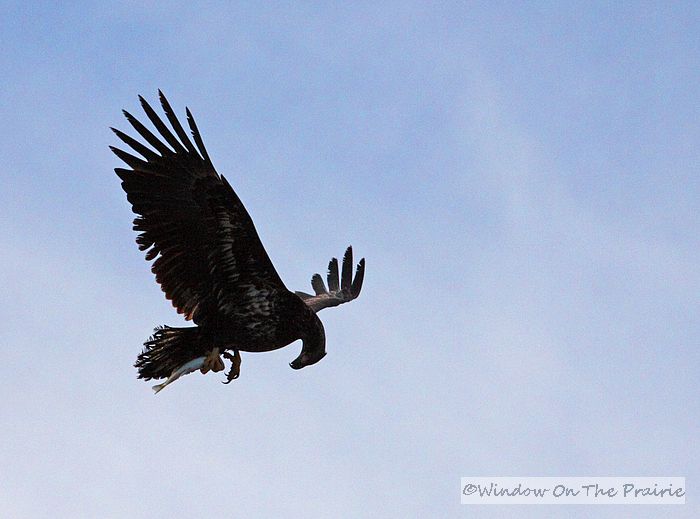 A Juvenile Bald Eagle just after catching a fish 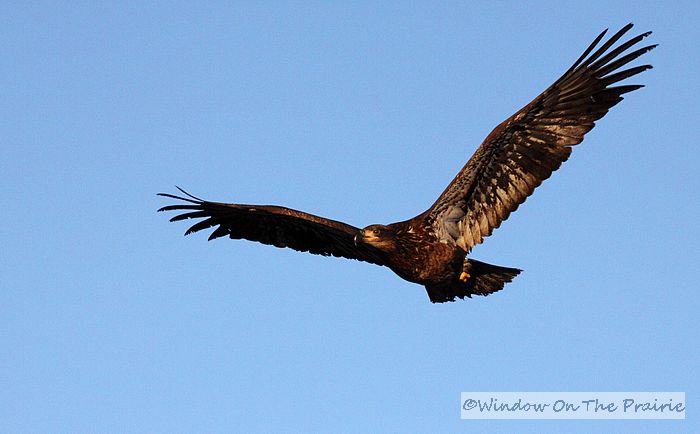 With a wingspan of 5 to 7 feet, they are an imposing sight. 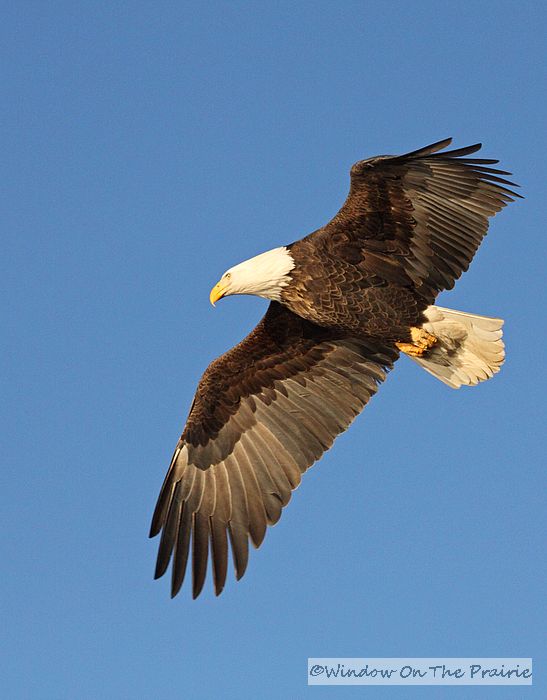 It was a thrilling experience for us to be able to witness this magnificent bird. We hope that it’s numbers continue to rebound and it eventually becomes again a common sight.

Seagulls, on their fall migration from the Great Lakes to the Gulf of Mexico,  also take a break here to hunt smaller fish . 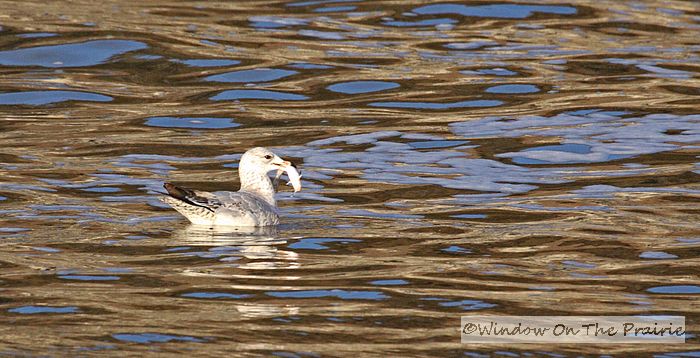 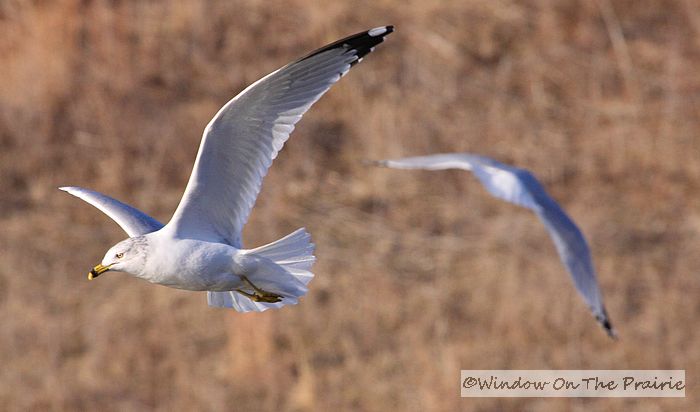 Seagulls hunt by hovering over the water looking for prey. 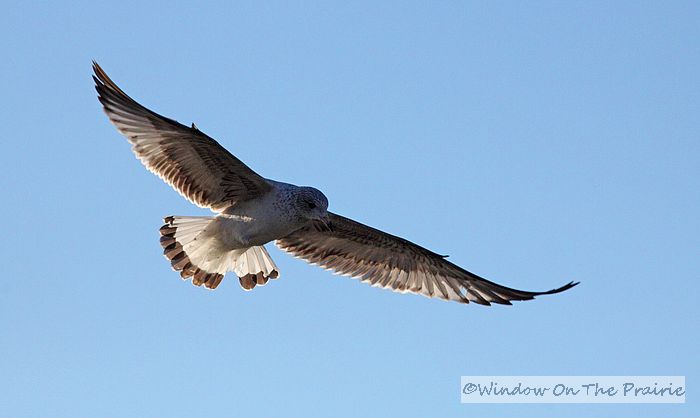 When they see a likely catch, they dive down into the cold water to snatch it with their beaks. 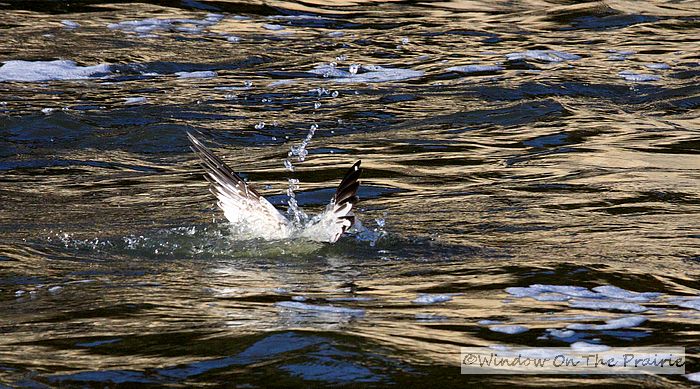 Their chilly wet effort is not always rewarded however. 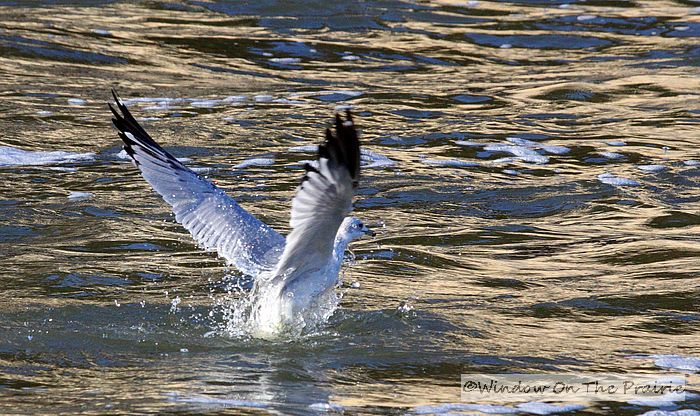 But persistance ultimately pays off. 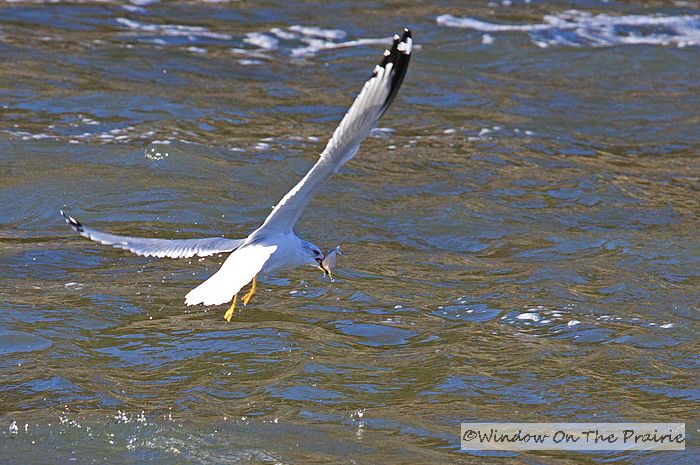 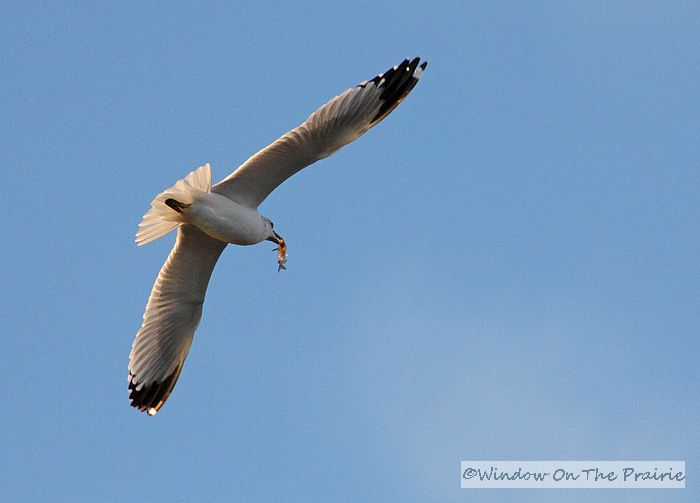 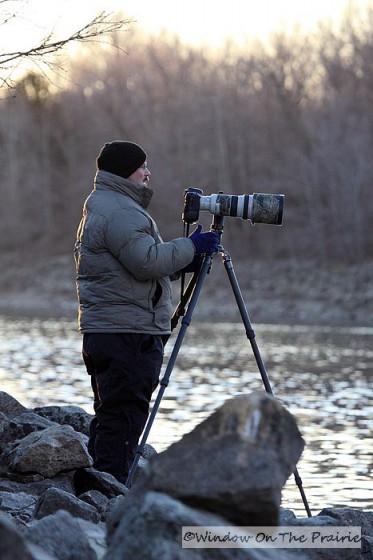 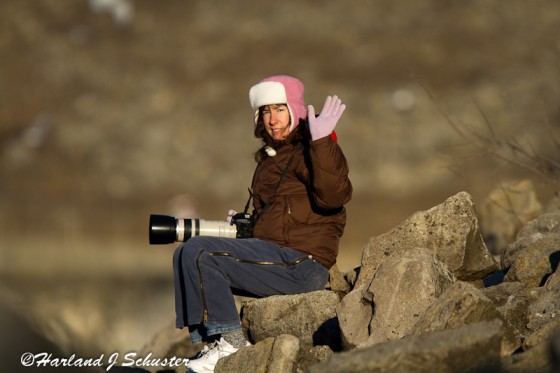 My camera is a Canon 50D, and the lens I used here is a Canon 100-400mm. It’s a heavy lens and makes my arms tired so I take breaks when I can.  We stopped shooting when our fingers and toes hurt from the cold.

Birds in flight is one of the most difficult subjects I’ve ever done. To keep them in the frame and in focus when they are flying past is maddeningly hard. I took over 650 pictures, and felt lucky when I got the entire bird in the frame, but even then most of them were out of focus. Of the 650 I took only those above made the cut.  I really wanted to get images of eagles in the act of catching fish, but was disappointed here getting only blurry shots or butt shots. At one point, I was switching out a full card for an empty one with my cold stiff fingers, when 2 eagles swooped down right in front of me, one of them caught a fish and the other tried to grab it from him, with me wailing and gnashing my teeth as I struggled with the card. I finally got it in the camera, but by then the show was over. This kind of thing seems to happen often to me, kind of a “murphy’s law” of picture taking.

But despite my disappointment, I love it when we take pictures of wildlife. It was a great experience just to witness the bald eagles and seagulls effortlessly flying over our heads.