Just wanted to show you how Panda Calf is doing. I first introduced him to you when he was a just a week old back in March. He only weighed about 70 pounds here.

Here he is at a month old: 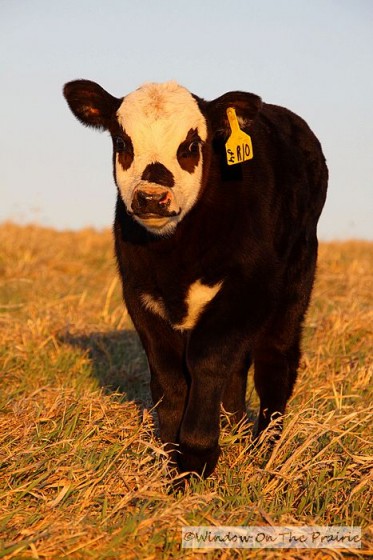 At a little over 2 months old, he was reluctant to let his mother clean his face. He thought he was a big boy. 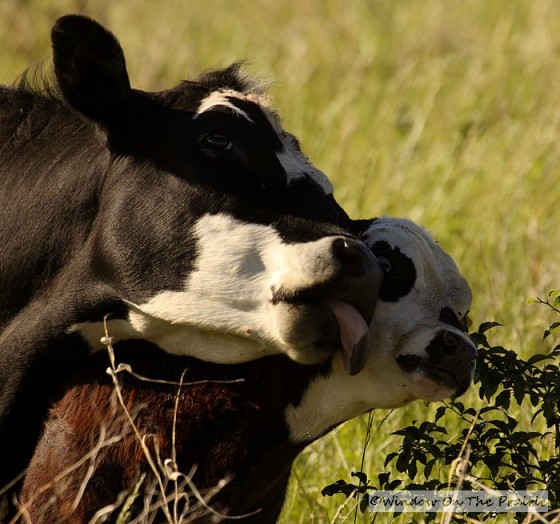 Here’s how he looked at 8 months of age when we rounded up the cattle to bring them in from the summer pasture: 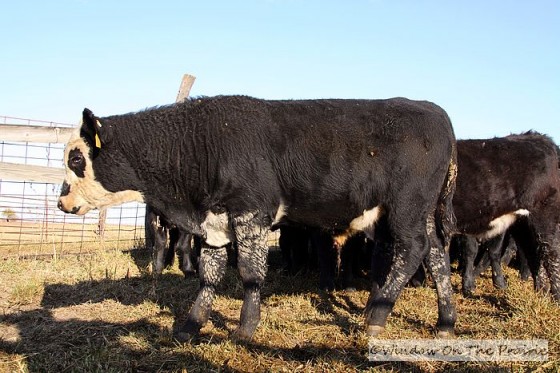 And here he is today at a little over 9 months old: 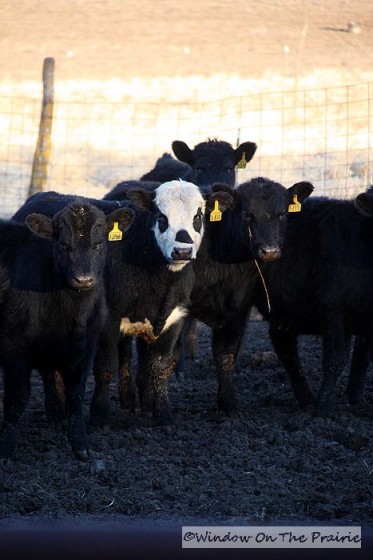 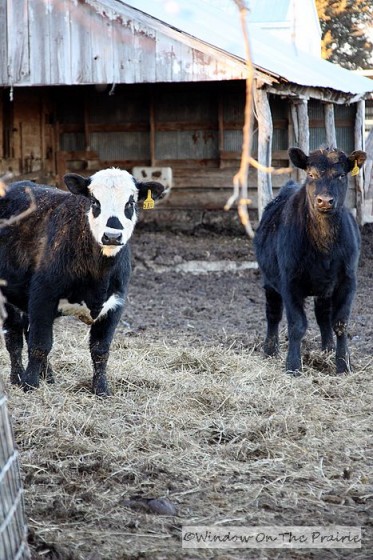 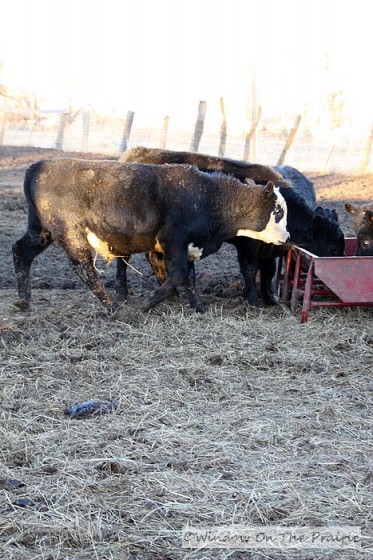 He weighs about 550 pounds now, which means he’s gained almost 500 pounds so far-  not exactly a “Jenny Craig success story“.  He is technically a steer now as he was castrated along with the rest of the boy calves back in November.  Steers are easier to handle and gain weight better than bulls.

He’ll be sold at a cattle auction in February, but I’ll keep you updated on his progress until then.